Daemons: Prepare Thy Backside for Reaming!

You are here: Home › 40K › Tactics › Daemons: Prepare Thy Backside for Reaming! 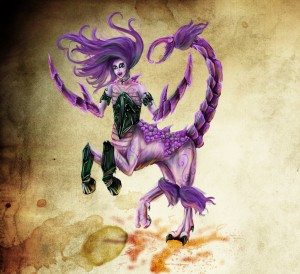 So it seems like Daemons are just as insanely powerful as last edition…it’s just different units this time around.

Everyone needs to be aware of these as Daemons is one of those books that catches people off guard due to limited exposure to them and how much they differ from the norm. There are a few units in the book that will really, really ream you if you do not know what to expect and leave you with that sinking in your stomach feeling.

Fiends are going to be the big one. They have two extremely powerful abilities on top of hitting hard and being crazy fast (beasts, Slanesh makes them run 6+D3″).

Acquiescence does the same thing as Soporific Musk, but is an 18″ Malediction that also takes away Counter Attack and Overwatch from the target. Ouch.

Flesh Hounds CAN charge you turn 1. The FAQ specifically states that units can charge the BOTTOM of turn 1. That means they are for sure charging you after you get only ONE round of shooting. Either bottom of turn 1, or top of turn 2. This is sooooooo brutal. Potentially 60 Hounds with 2 wounds each, tough 4, a 5++ and Fearless to shooting. That is beyond crazy for most armies. Hell, most armies don’t put out 120 shots in a turn. Never mind that they hit very hard (WS5, 2 Attacks, Furious Charge), this is the craziest disruption unit. Most armies will just get absolutely shut down by this unless the have incredible firepower, mobility or can stomp them in assault. Not many armies can do that.

To make this even more punishing, you can attach a Herald on a Juggernaut to them. Now they have a super choppy character in there who can further buff them with Rage and Hatred, and they all have a 2+ Deny the Witch. Also, Karanak–the Flesh Hound special character–is an Independent Character and can join any Khorne unit, subsequently granting them Scouts. A unit of Heralds, or Juggernauts, or both, becomes savage with this as they charge right away, too. Even a big unit of Bloodletters is crazy, here. Toss in Bloodthirster for even more Pressure, maybe an Icon to summon units in turn 2 on the units already in your lines? Holy crap, that is crazy. Oh and yeah, Karanak’s psyker defense increases the odds of Perils to 1/6 in a 12″ radius.

You can also spam Psykers with Daemons to do all kinds of inappropriate things. You can take Daemon Princes in Heavy, HQ’s Heralds, etc. and just dominate the psychic phase. Daemons can get access to all the book powers (DP’s can take Telekinesis) plus the Daemon powers (which, admittedly largely blow) for crazy, crazy flexibility. Add in the fact that Gifts can be altered to meet the needs of the present opponent, and can give you a Portal Grlyph to spit out potentially a scoring unit a turn…..wow. Daemons are going to be brutal once people catch on to them. We’ll post a video bat rep here to illustrate some of these ideas.

But, at the least, read the book so you don’t get caught with your pants down. Things like Seekers moving 12″, running 6+D6″, ignoring cover, potentially getting rerolls to hit and with a Herald that can force you to accept a challenge with your model of their choice….crazy, crazy good. Daemons will potentially win games turn 1. That is no exaggeration.

What other tactics are you all using with Daemons? This book to me feels borderline OP if used correctly. Most normal armies will get very simply overwhelmed by this in the first turn or 2.

24 Responses to “Daemons: Prepare Thy Backside for Reaming!”

Leave a Reply to Douglas of Wolfbrothers