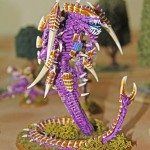 Hey everyone, this week let’s take a look at my current favorite army to play, Nids, and the HQ choices in the context of the current meta.

Reecius here from Frontline Gaming to talk tactics in 40K with the good old Nids. I am planning on playing them as my primary tournament army this year (until another project captures my eye, as it invariably does). I really enjoy the play style, the fluff, the aesthetic of the models and the fact that not many folks are playing them right now. Most internet pundits out there will tell you they stink in 6th, which makes me want to play them all that much more!

When I write a list I am seriously considering for competitive play I start with a general strategy that fulfills my overall list requirements: dealing with hordes of infantry and light vehicles, heavy infantry, AV14, Fliers, can score lots of objectives and deal with death stars. Nids can do all of those admirably.

Once I play-test a list idea against a variety of opponents and lists, I start to formulate a core to the army of units that will be in every variation of the list. This typically revolves around the troops section, any stand out units that are good no matter what, and any units that are critical to my overall list synergy. For example in my Footdar I always had Eldrad, the Avatar, Harlies, Warwalkers and a unit of Dire Avengers, Jet Bikes and a unit of Guardians. Every list had that core, with the rest of my points I chose units dependent on points level, anticipated armies I would be facing, mission parameters, etc.

For my Nids, my core so far is 2 Tervigons, the obligatory 2 units of Gants, Hive Guard, the Doom in a sPod, Biovores, Gargoyles and a Trygon. Every list will have those basic elements. Currently I am consistently using a second unit of Hive Guard right now as well, although I sometimes sub them out for Ymgarls. 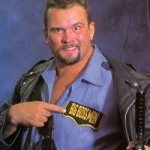 Where I am waffling now is on the HQ slot. I love Swarmy, and he is a great force multiplier as well as an absolute beat stick, but the question I am facing is: would a Flyrant, or a 3rd Tervigon be the better choice? When I get a list to this point, it starts to boil down to minute little differences from one version to the next, but in high level competitive play, that can mean the difference between victory and defeat.

Swarmy has a few important advantages. He is clearly superior in assault. His attacks cause instant death, you must reroll successful invul saves against wounds he causes, he has 5 wounds, and can give himself (or another unit) Preferred Enemy or Furious Charge. He is also WS 9 over 8 with a normal Tyrant, which means most units hit him on a 5 in combat, and he has a 4++ in assault.

He also gets 4 rolls on the psychic tables, which means he has very good odds of getting beneficial psychic powers such as Iron Arm, Invisibility, Objuration Mechanicum, Enfeeble, Endurance, Warp Speed, Life Leech, etc. (which are some of my favorite powers). He can and will take down an entire Deathstar by himself with few exceptions and in a fist fight, there are almost no other characters that can hope to face him and win, particularly if he has Iron Arm. That superiority allows you to dictate field position as a smart player won’t risk his expensive unit/model by entering Swarmy’s threat radius.

Swarmy’s primary downside is his speed. He isn’t the fastest chap in the world, but I am used to that. People ask me frequently how I keep him from dying as he runs up the field. My answer is that I don’t run him up the field! Unsupported, Swarmy will get shot to bits before he does much. As with the Avatar in my Footdar list, you use him more as a support/counter assault unit. I almost never ran my Avatar up the field unsupported either as while both characters are tough, neither is THAT tough.

If you play Swarmy midfield where he is supported by, and can support your other units, he will provide you with a lot of utility. He may not get into combat right away (if ever) but he is still serving a very valuable purpose by protecting your vulnerable units, buffing attacking units, increasing your reserves, and providing a threat bubble which few smart players will come into. If they do: dinner is served!

As your army moves up-field though, he becomes an ever more pressing threat, and if your first wave assault units can tie up key enemy shooting units, Swarmy can stroll up and smash enemy units with a lot less attention. Patience is the key to using units like this effectively.

Swarmy’s other weakness is obviously his high price and his relative inability to do anything to fliers. 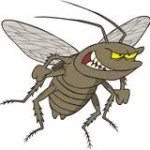 A Flyrant on the other hand, is all about speed. That is a massive advantage. He isn’t as hard to kill with WS8, 4 wounds, no invul in assault, and a slimmer chance of getting Iron Arm or similar defensive powers, but he is usually going to be airborne, which gives him a tremendous boost vs. ground fire.

While not as potent in assault, he will still walk through most units in hand to hand. It is only the really powerful assault units that need to worry him. Coupled with his great speed, he should be choosing when and where he attacks as well. This does, unfortunately, leave you with a rather large vulnerability to Death Stars though. You really can only tarpit them in Gants.

His shooting is great. 12 twin linked, strength 6 shots is fantastic, and given the 360 degree fire arc of MCs, and Vector Strikes, he is going to be very effective against enemy units of all types, including Fliers. On the downside though, other Fliers have good odds of grounding him where he will almost certainly take a wound.

If you kit him out with Hive Commander, he actually costs a hair more than Swarmy, but he is worth the price tag.

Lastly, I am considering a third Tervigon. The Tervigon is solid because it provides you with even more Gants (which have so many damn uses it is crazy), more Psyhic potency, more board control, more scoring power, and the increased durability that comes with having triple redundancy of a critical unit. However, the 3rd Tervigon compared to the Flyrant and Swarmy is a massive loss in hitting power. You save a lot points, but I keep asking myself if the increased redundancy and board control is worth the reduction in hitting power. Only play-testing will really tell.

The Parasite is not a bad choice, nor is the Prime. I quite like both, but they simply do not add the utility, hitting power or force multiplication that the big boys do. They are cheap, which has a value all its own, but for me given the current meta, they don’t stand up in comparison.

At the end of the day, I think I will stick with Swarmy as my head honcho, but I am certainly not certain!

13 Responses to “Tyranid HQ Choices for a Tournament List”