First off, who are Imperial Vox Caster? They’re a group of guys with a very cool 40K podcast, give them a listen!

The event was held at At Ease Games, in Poway, which is a very cool shop run by a longtime gaming associate of mine, Ron. Give them a look if you are in the area. Their terrain is really pretty damn awesome and they have a huge selection of miniatures and other gaming goodies.

So, that aside, let’s talk about the event. It was a 1 day event, and a little shy of 30 players, so not the biggest but well run and a lot of fun. It’s always nice to actually get to play in a tournament as opposed to being the TO like usual! 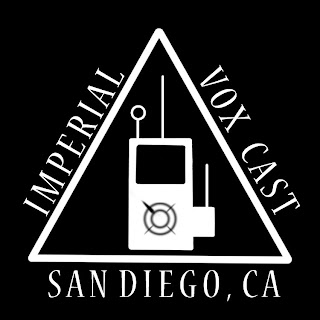 The Imperial Vox Caster gang ran pretty much book missions with only slight modifications. Every mission was a book mission with Kill Points as a secondary victory condition. I would have preferred some of the other missions as secondary as always using KP can be detrimental to a lot of lists (and we didn’t know the missions in advance) and the scoring was a bit more complex than it needed to be (two scores were tallied in every game when really, 1 would have been fine) but those are very minor critiques in what was a great tournament. It was well run, beautiful terrain, the TO’s were on the ball with the schedule, rules questions and the prize support was crazy good for an event that size. $500 for first place! Cash too, not credit. Wowzers, that’s better than a lot of GTs!

So what I wanted to discuss though, was the armies and lists that the players were using as I found it very interesting.

There were some very good players there. 4 of the top 10 ranked players in the USA according to RankingsHQ were there, and San Deigo in general has a very high caliber of player, more so than pretty much anywhere else I have been (and I have lived in and gamed in a lot of communities on the West Coast). So, there were no easy games to be had at this event. Another important fact to note was that 40K Approved Forgeworld units were allowed. That is a trend we have noticed really catching on and one that I find bother very refreshing and positive. Once again, the world did not stop turning, no one “bought” victory (in fact, only 1 of the individuals that won a prize had ANY Forgeworld units at all) and no one there had any issues with not knowing a certain unit’s rules, etc. It went on largely in the background as it does.

Quite a few of the players were using Forgeworld units and the increased variety was really fun, plus it meant that flyers were teeming over the tables like a plague of locusts! Saber Platforms, Contemptor Dreads, etc. in combination with Quad Guns had the Airforce armies grounded in favor of lists with fewer flyers and more balanced lists, which I prefer, personally. 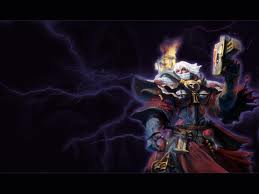 Josh Dearth won best General with his Sisters/Grey Knights. He got max battle points, walking through the comp with little trouble. Exorcists, St. Celestine, a Bastion, and Coteaz combined with Grey Knight choppy units and sisters shooty power proved to be really effective. Just don’t let the Sisters and the Purifiers cross paths in the showers, might not go so well for the Sisters! Josh also did really well at Duelcon with Tyranids last month, showing his versatility as a general. 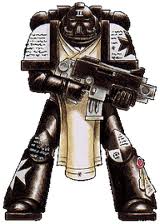 Dave Fay of Team Zero Comp won best overall with his very pretty Black Templars. His list is all foot, with a combination of some old school 4th ed style Las/Plas troops units with Shooty Terminator squads and tricked out character support. From what I gathered, his Chaplain on a Bike with Adamantine Mantle, Artificer Armor and Power Fist was brutally good.
As a 4th ed style Chappy, he has stats closer to what a Captain is today with 3 wounds and attacks (plus the option to boost up to 4 attacks with termie honors) and his rerolls to hit and speed from the bike. He is a beast, and Dave (longtime friend of mine) has always loved using that free-safety style character on a bike. It is a great way to plug gaps, run distraction, or take out key enemy units reliably. Many of his previous lists have used a similar character. It is noteworthy that Dave also beat ChristianA (one of the better 40K players I have ever met, also a Team Zero Comp teammate) who was playing a nasty Purifier Grey Knight list. Christian said the Chaplain on the Bike with a 2+ save was giving him fits, taking out entire units and laughing at the power weapons. Always interesting to see 2 excellent players playing one another and the underdog army winning. I take a great deal of satisfaction in seeing conventional internet wisdom proven wrong! 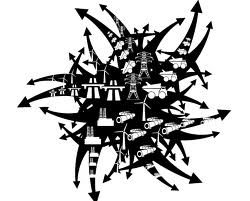 Another big surprise was Chaos Space Marines taking second best general (and this gentleman also beat Dave, but Dave’s high paint score secured him best overall). I can not remember his name although we spoke for a while after the event and he was a really cool guy. If you read this, I’m sorry I can’t recall your name!
I was very curious about his list and the first question out of my mouth was: what did you do with your troops? CSM have some great units but the riddle of making their troops functional has stumped a lot of players, myself included. I keep coming back to either Zombies or Plague Marines but this individual used neither. He took 3 units of 5 CSM in Rhinos!
That sure was cool to hear as I think both units stink! I love it when people find creative ways to use things that I had not considered. Two of the units sat back in Havoc Launcher Rhinos as support units while the third ran up-field with a Dozer Blade and Dirge Caster. I personally don’t like the little 5 man MSU scoring unit upgrade style units (I played a lot of them in 5th and they are just too fragile for my taste) but he had enough other threats to keep the heat off of them. Personally, I would have focused on toasting those buggers ASAP, but I am sure he would have focused on preventing that! Therein lies the fun of playing the game instead of just theorizing it!
Anyway, his 4th troop choice was a unit of 16 cultists lead by Kharn. Interestingly, he played this unit defensively, behind an Aegis line with Kharn on a Quad Gun, using them as a fearless objective camper that could counterattack any threats coming after his firebase. The firebase consisted of 2 las cannon Predators and an Auto-Cannon Havoc unit behind the Aegis. 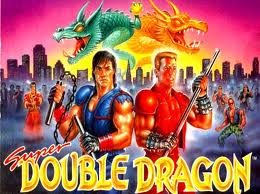 Lastly, the ubiquitous Double Dragon airborne threats that pretty much every competitive Chaos list has. They really are just too good not to take. Those Baleflamers are devastating against a lot of lists these days. He coupled these with a tricked out Winged Daemon Prince with the Black Mace for another fast, hard hitting unit.
So the top spots are filled by armies the internet would tell you are “bad.” It just goes to show yet again, that the player is what mattes. Your list is a toolbox, but how you use those tools matters for more than which tools you have. If you have any army you like, play it, just be patient as it is harder to win with some than others, and over time and practice you will find the list and tactics that work for you.
As for me? I wanted to bring my Nids but as so often happens, I got busy painting a commission for someone else, couldn’t finish my Nids so just grabbed what I had painted at the shop and had a lot of fun. My Wolves/IG did well, going 2-1 and winning me Best Painted, which was super cool! I had 3 fun games against nice, skilled players and I really enjoyed myself. And yes, Jougless Dohnson beat my bottom round three! He will take a great deal of satisfaction in reading that, and since it is nearly Thanksgiving, I am in a generous mood today!
That’s it for now, happy Turkey Day, everyone!