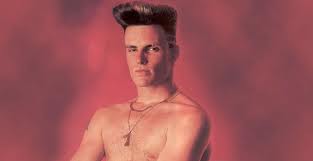 Yo, yo, yo! Reecius here form Frontline getting extra jiggy this week! Feel my flava!

So yeah, the intro line and the picture have nothing to do with this article, I just wanted to mix things up from my normal introduction.

Well, I guess the picture does have something to do with my article this week: Extremes. Vanilla Ice was extremely talented, a visionary musician who will be remembered for his pioneering style and innovative lyrics.

Not really. He was extremely lame.

But we do find ourselves in an edition of this game that does seem to encourage extremes. In these early days of 40K we see a lot of really out-there lists, and the internet is awash with crazy builds (of which we have been playing a lot, ourselves) but why? 6th was initially hailed as the Fluff gamer’s edition (and in many ways it is!), but I would counter by saying that this, more than ever, is the Power Gamer’s edition, too.

The core rules of the game now make these types of extreme lists appear to be uber powerful. Below I will list some examples. 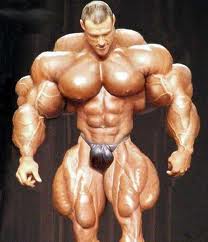 The ultra assault units of doom and gloom! Due to the easily abused Wound Allocation rules, you can now create units that become as close to unkillable as you can get in this game. Apparently a rerollable 2+ save is the hot new thing in 40K. There are a number of ways you can do this with varying degrees of effectiveness and reliability. From Fateweaver/Chaos combos, the Dark Harliestars (or regular Harliestars), Necron rerollTeks with Overlords, Space Wolves with Termie Characters and a Wolf Standard, mysterious Terrain effects, etc., etc.

You can get quite a number of units that will quite literally take everything you throw at them and shrug it off, marching up field implacably, munching everything they touch in combat and often with powerful shooting, too.

If not a reroll 2+ save, these units will often have resiliency in massive numbers and stacked USRs such as the IG blob squad with Marine support. Nob Bikers too, as well as Paladins. They also have the added benefit of being able to easily abuse the challenge and Look Out, Sir! systems to be even more powerful…and annoying!

These units, by themselves, can quite literally win the game on their own against “normal” lists. They have a mathematical advantage in both their offence and defense that can be too much for a typical army to take on. Add to this the fact that these armies are typically cheap to buy, fast to build and paint, easy and straightforward to play, and you have a recipe for a relatively simple way to get into the game or build a second army that is very powerful. When only 1/36 wounds gets through a units defenses, it doesn’t take much to see that fighting these head on will result in disaster.

It isn’t a ton of fun to watch a single unit stomp a new mud-hole in your butt as your army fall to it one unit after the other like grist for the mill. A perfect example: my Ork Nob Bikers (The Sons of AnOrky!) was in combat with Frankie’s ENTIRE Nurgle CSM army (which won several tournaments in 5th) and WON. Yeah. 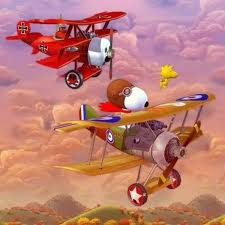 Then, the much feared Airforce Lists, of which Necrons and IG can make the best use of so far. These armies present the unique, and very frustrating, prospect of only hitting the Air Force units on 6’s without Skyfire. Even if you do have a Skyfire unit or 2, the Flyers will focus on killing this and then they own the skies. They simply overwhelm your defenses.

This means you effectively take ground assault elements out of the game and dramatically reduce the effectiveness of ground based shooting. A lot of folks are worried about these lists, us included. They present a situation in which a large portion of a “normal” army literally can’t contribute at all to the game until the content of the Flyers are dropped onto objectives (and in some missions, they don’t even have to do this, Purge the Alien for Example). This can be VERY unfun for the player that sits and watches his opponent roll dice while he picks up models, unable to fight back effectively.

Add to this speed, hitting power, and redundancy and you have an army that is very easy to be good with. 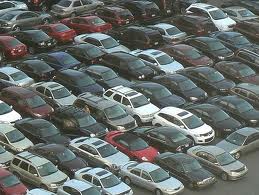 Now that vehicles actually gained in offensive output (can’t stop them from shooting nearly as easily), these types of units have arguable gotten better. Venom Spam is a good answer to many of the Deathstars out there, and Razorspam with twin linked weapons is a solid response to an Air Force list due to twin-linked weapons and volume of fire. You also have mobility, and the very simple mathematical advantage MSU lists provide: too many targets that can each target an individual unit of yours.

Even with squishy troops for taking objectives, they have so many of them it is hard to get at them. Toss in that some missions make fast and heavy support units scoring and these units can easily dominate objective missions, of which 5/6 book missions are! With only a single KP mission, there really is no reason to not go MSU. Why take a single vehicle that will get smoked when you can take 10+ that will have dramatically increased durability and hitting power through strength in numbers?

This can again provide a not-so-fun experience for the other player who faces the steel curtain of Razorbacks, Chimeras, Venoms, etc. Plus, a lot of guys out there already have these models so I foresee a lot of these style lists. 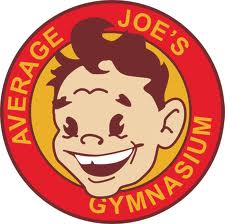 So what’s the Average Joe to do in the face of all this hyper powered craziness? Should he just throw in the towel and forget about his well rounded list?

I don’t think so, at least not yet. In 5th edition we had powerful units and combos, (not nearly on the level we have now, admittedly) and while the game gives these types of armies very big advantages, there are also built in limitations.

For example, you can’t hold two objectives with a single unit now. That goes a long way to mitigating some of these units. You can also purchase terrain which helps to counter Flyers. Quad Guns with interceptor can help out so long as they survive long enough. Using a Bastion for example can really help against Necron Flyers, most of which can’t hurt it. Vendettas and Doom Scythes will have to focus on it, which takes the heat off of your more important units. Also, the movement restrictions on Flyers and FMC’s helps a lot. They allow you to maneuver so that you only get hit once by a Flyer before it must fly off the board.

The Multi Assault rules also help to mitigate Deathstars hitting multiple units as hard as they could. Conversely, making it easier to hit vehicles also makes it easier to take on multiple light vehicles in assault and destroy them, balancing out MSU somewhat.

Barrage weapons also help a lot for getting around abusive Wound Allocation units (although I still can’t get myself to like the sniper barrage weapons, so silly). Very simple tactics of movement blocking and redirection also help to contain Deathstars, as well. 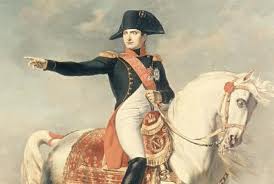 Maneuver, more so than ever before in 40K, really, really sets apart the more skilled player from the less skilled. Where you put your models is going to be the single most important skill in the game. I think this, and clever play will be what allows the well rounded list to compete against the extreme list. However, this also means that you will have to be highly skilled in the game to pull it off. I think this is why these extreme lists are going to cause a great deal of frustration for a lot of people as they won’t see how to beat them. The advantage is definitely with the extreme list players now, more so than it ever has before.

The downside to the extreme list though, is that they often have a hard counter. And when you bring this type of list to a tournament, particularly larger events with many rounds, the odds of pulling that hard counter go up. My Bjorn Missile Wolf list I played frequently in 5th was an extreme list. It dominated the shooting phase and I won a lot of tournaments with it. However, my hard counter was Battle Wagon Orks (or an army like this) which I struggled to beat. A list like that could munch me and there just wasn’t much I could do outside of luck to win these match-ups. That, and the army was a tad boring to play, lead me to stop playing it.

My Footdar by comparison, while looking weak on paper, particularly in comparison to my Wolves, had a much better chance against almost every army in the game. Why? They had a tool for everything, were extremely flexible and well rounded. That army allowed me to win more consistently, but by slimmer margins. Where my Wolves would often win big or lose big (although the losses with that type of list don’t come often) my Footdar would win by small margins but more often, and lost by small margins as well when it did. I also found this to be a lot more fun for me, and my opponent. The games were more challenging and engaging and I rarely felt straight out-matched.

I think with clever play, experience and knowledge of the game, the best players will win more consistently with well rounded armies. As we learn more tricks for dealing with the extreme lists, it won’t be such an advantage to take them. At first though, I anticipate plenty of tournament wins with the crazy lists, but I expect to see that fall off as we go further into 6th edition and skill catches up to pure power.

What do you all think? Is this the X-Games edition with extreme, gnar gnar lists dominating, or will skill and balance take the day?

Leave a Reply to Red Corsair