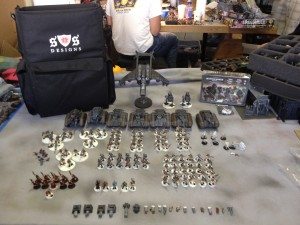 Take a look at this IG force!

We’ve got an IG army for sale here from one of our readers, Dan. Check it out and let us know if you are interested in picking it up!

The Infantry need their bases finished, but that is easy enough, and we’d be happy to paint them and flock them for any purchaser who wished us to do so.

We’d also be willing to paint some more detail onto the army as well, if the purchased wished to commission us to do so.

Here is a list of what comes with the army:

This army has a little over 2000pts of Imperial Guard. I’d say about 80% of the army is painted to a basic paint scheme. Most of the vehicles have their weapons magnetized so you can switch out pieces. Their are also some cool old school models. which can be seen on the right side of the picture and are not painted. Gaunts Ghosts, and some of his squad members. There’s a few extras included which are a box of 20 Cadians and 2 more Stormtroopers (Old School type, the molds before Karskins). The army will also come with the case in the backround which fits the army completely inside. SHIPPING IS HIGH BECAUSE OF WEIGHT.

2 Sentinels – both magnetized for weapons, not all weapons painted. 1 has top magnetized to switch between armored and scout

4 Chimeras- One of which can have the top taken off.

1 Rouge Psyker from Forgeworld included both models, was using one as the overlord for the Psykers

2 Karskins with Plasma, 1 still in blister

1 Officer of the Fleet

Asking Price: $350, we will sell it to the highest bidder if more than one person wants it.

Here are some more pictures: 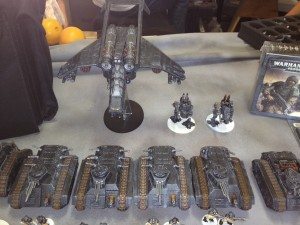 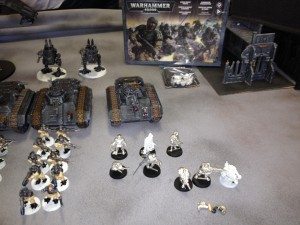 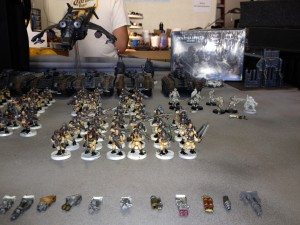 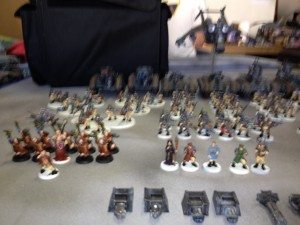