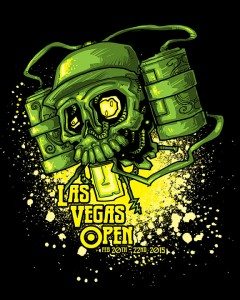 Ninkasi, the minor Chaos God of Beer has decreed that the mortal realm must once again battle for his amusement.  Each warrior will see the field of battle bombarded by the fine vessels the gods have procured, each filled with the devine ambrosia of Chaos itself.  Only the strongest, most cunning, and least sober champion will be crowned the Lord of Beerhammer.

Friday night around 8:30pm until we finish the last game!

2 Rounds, don’t want to overdo it!

First, to separate the wheat from the barley, Ninkasi has willed it that the would-be champions battle each other in an arena of ever changing objectives.  Her fickle ways mean that you are never sure where she might want you to be or what to kill, though it is always possible to earn her patronage by giving a meager offering of hooch.

At the beginning of each game turn, both players will roll two D6 and consult this chart to determine their Maelstrom objectives for that turn.  Like the 40k Championships, these are scored at the end of the game turn.

Breaking the Seal: Any time you use the restroom, your opponent is awarded a victory point.

Ninkasi was impressed by the performance of the champions in the previous battle and has decided to ‘gift’ her beloved followers with massive quantities of hooch from the heavens above.

Each Player use up to 6 beverages during the game. At any time, when a player finishes a drink, they may place the can/bottle/glass anywhere on the table, scattering 2D6″, any model under the can suffers a S10 AP1 hit that ignores cover. The attack is treated like any normal Barrage weapon, additionally any models that survive the blast are pushed away from the can final position by the shortest distance necessary and the can remains in play as impassable, line of sight blocking terrain.  If the beverage lands on impassible terrain, or in a location it otherwise cannot fit, reduce it’s scatter until it can be placed.

Breaking the Seal: Any time you use the restroom, your opponent is awarded a victory point.

Destroyer Shots: Instead of drinking something like a beer or cocktail, you can optionally take a “Destroyer Shot”. A Destroyer Shot is Fireball Whiskey, with Tobasco Sauce and a Bacardi 151 floater, preferably lit on fire and blown out before consumption.  If you do this, the strength of the weapon is increased to Destroyer, but only uses the shot glass as the template.