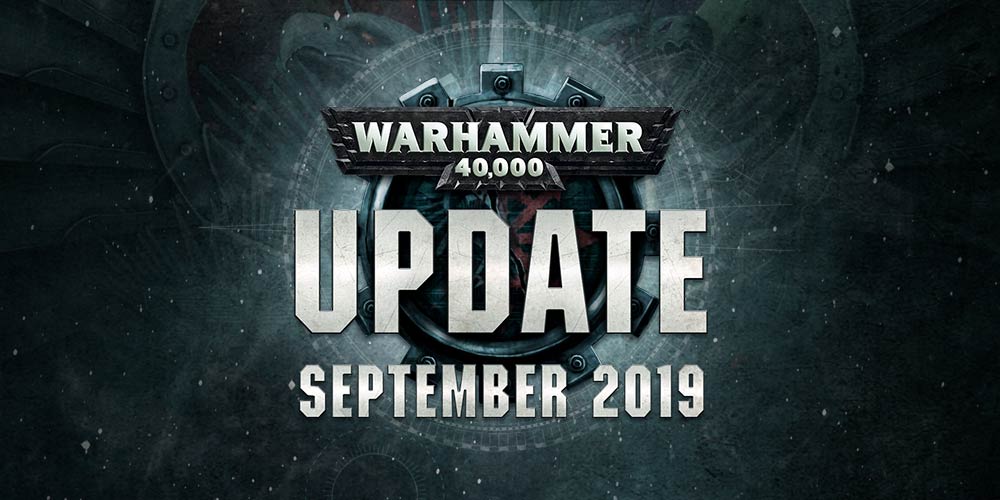 October is almost here, but we have one last important task to perform in this waning month before we allow it to rest up for another year. That’s right – it’s time for the Warhammer 40,000 September Rules Update!

The good news is that Warhammer 40,000 is in really good shape, so whether you favour using finely honed tournament lists or thematic, narrative-driven armies, you needn’t fear any seismic changes to the game. In addition to formalising many of the tweaks made to the various Adeptus Astartes publications in the recent update, which coincided with the launch of Codex: Space Marines, there are just a handful of minor clarifications to a number of publications in response to your feedback.

Robin: At the time of writing this update, I have recently returned from the NOVA Open convention where I had the opportunity to chat face to face with a huge number of Warhammer 40,000 hobbyists. I was humbled and overwhelmed by how excited and enthusiastic hobbyists are with the state of Warhammer 40,000, with recent codex releases – including the latest edition of Codex: Space Marines (and its many supplements) – and the announcement of the upcoming Psychic Awakening. 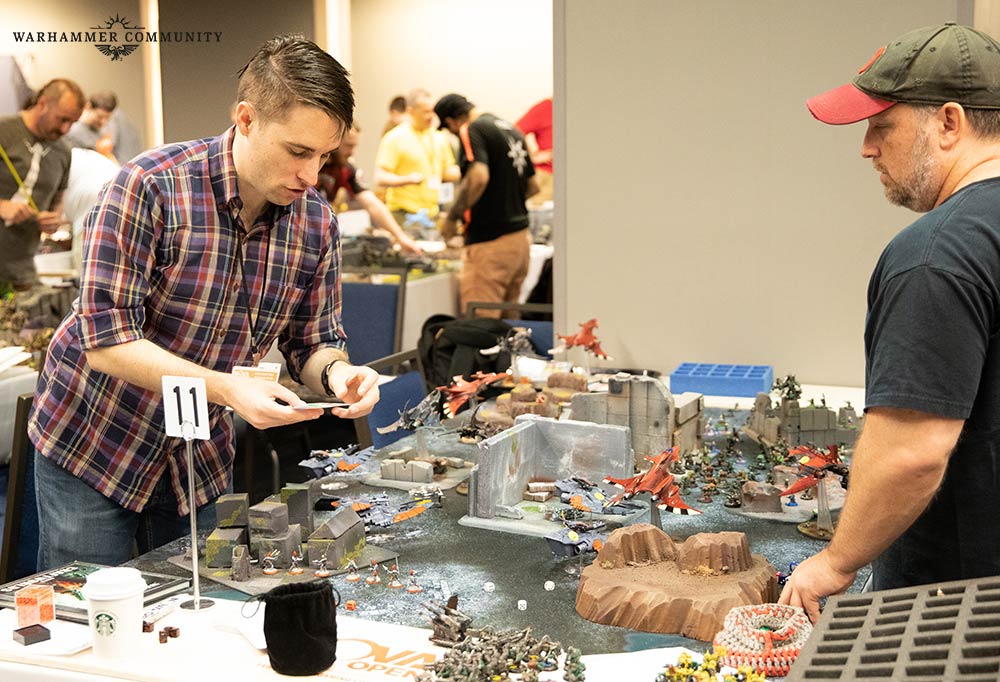 We have also had major online updates to the Forge World range of Imperial and Chaos Knights, and Adeptus Custodes models, the datasheets for which have been rebalanced and changed according to the feedback and comments you have sent to us. I have said it before, but your feedback is crucial if we are to keep our rules as up to date and clear as possible – so thank you to everyone who took the time to speak with me and to everyone else who filled in one of our surveys or emailed our FAQ inbox.

As with previous updates, the first thing we have done is to update all of our existing FAQ and Errata documents to take account of any new questions that have been asked since April (if you submitted a question, make sure you check out the Errata and FAQ document for your army’s codex). There are no major changes to any of the core Warhammer 40,000 rules, only some clarifications, such as the ordering of opposed dice rolls and re-rolls. You can find these in the updated Warhammer 40,000 FAQ document.

We are not introducing any balance changes at this time – all the feedback we have received regarding the relative effectiveness of one unit over another will be incorporated and represented in the next points review, which will be released alongside Chapter Approved 2019 in the near future.

We hope this September update clarifies any queries you might have had, but if not, please send your questions and feedback to 40kFAQ@gwplc.com. Until the next time, may the dice gods smile upon you and may faith be your shield as we venture forth into the Psychic Awakening.

Thanks, Robin! On the topic of Psychic Awakening, we’ll be ramping up our previews of the first book in the series – Phoenix Rising – over the next couple of weeks, so be sure to check back with us regularly for more news. Even better, sign up to our newsletter and we’ll keep you (digitally) posted on all the latest information!