You are here: Home › 40K › News › Preview: Iron Father Feirros
Games Workshop just released the rules for this new Iron Hands model, how do you think he will fit in with the rest of the faction?

Ever since we announced the impending arrival of Codex Supplement: Iron Hands, many of you have been asking just who exactly the glorious new miniature accompanying the book represents. A fair question, and one that we’ll be answering in full today! Read on and learn all about the lore and rules for a certain Iron Father Feirros…

Soul of the Chapter

Iron Father Malkaan Feirros is one of the oldest living warriors in the Iron Hands, and once even counted the current Chapter Master, Kardan Stronos, as his pupil. He has been a leading voice on the Iron Council – a conclave comprised of the Chapter’s Iron Fathers – for longer than anyone can remember, and through him the values held by the Iron Hands are kept in balance. 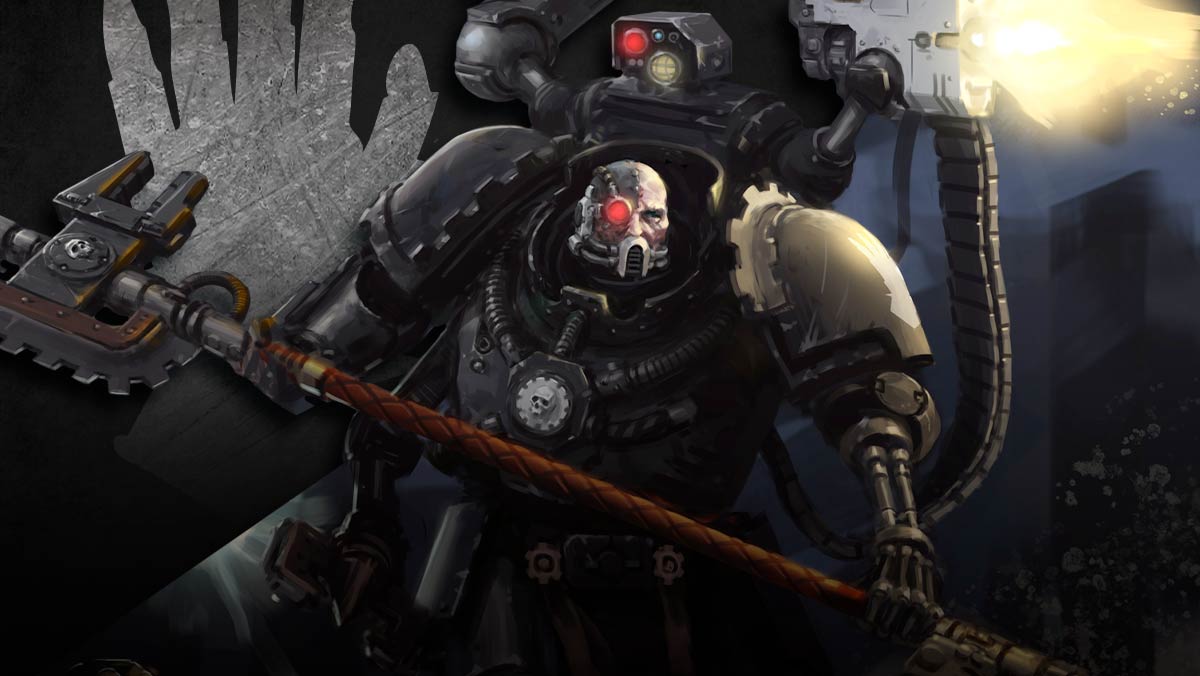 Feirros has long believed that to sacrifice all emotion in favour of cold logic is to make the same mistakes that have plagued the Iron Hands since the loss of their Primarch Ferrus Manus. To that end, he has resisted the level of bionic replacement so readily embraced by many of his battle-brothers. By contrast, when the opportunity to cross the Rubicon Primaris was presented to Feirros, enhancing his strength and endurance through biological rather than mechanical means, he took the plunge without hesitation.

One of Feirros’ many duties is to personally oversee the Rite of Severance – the lopping of the left hand of aspirant battle-brothers before a bionic replacement is fitted, marking their final transition into a fully fledged Space Marine. For this ceremonial deed, he has always used his cog-toothed power axe, Harrowhand, with which he has also slain countless enemies of the Emperor.* Feirros also serves the Iron Hands as Master of the Forge – lord of the Chapter’s Techmarines – and his Mk X Gravis armour has been fitted with two servo-arms to aid him in battlefield repairs (and to crush the unwary). Meanwhile, Gorgon’s Wrath, a masterwork heavy bolter, spits death at his foes from its mount even as Feirros guides the aim of his kin with his signum array. 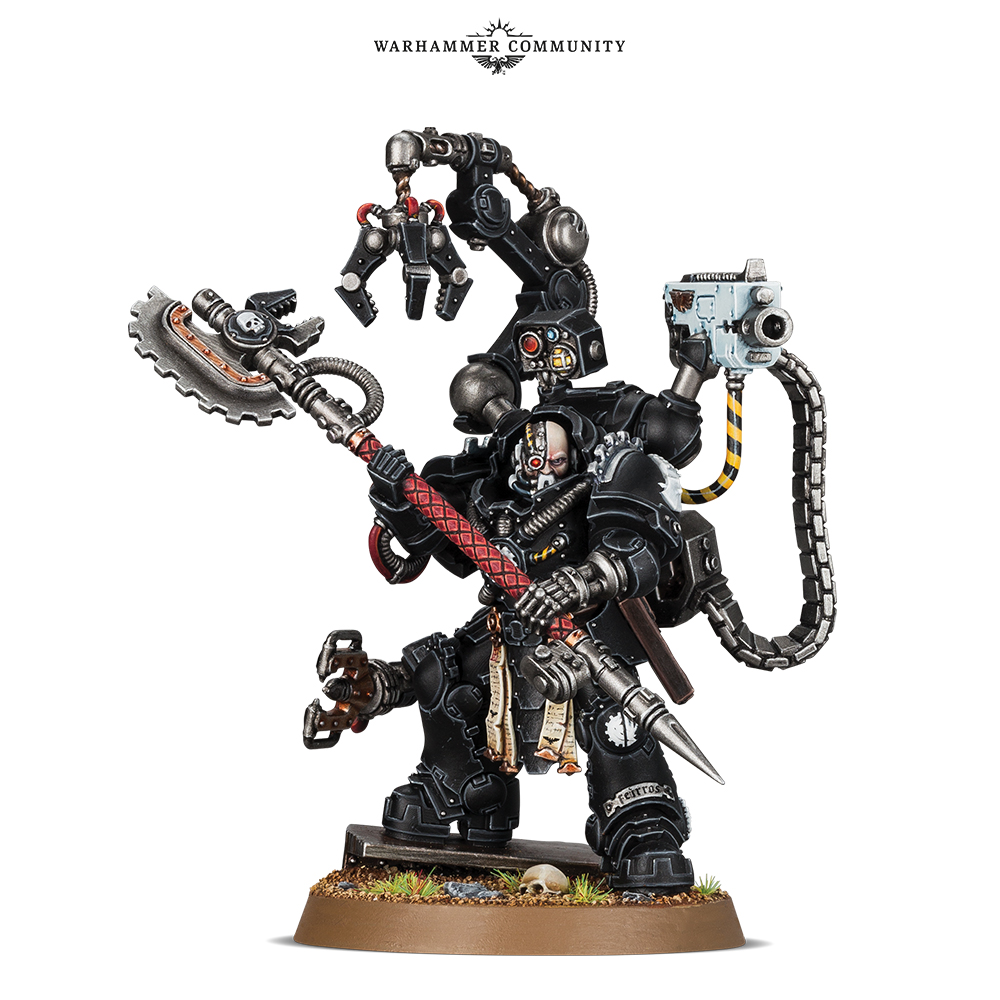 Now that you know a bit more about Malkaan Feirros, let’s take a look at his rules. First up, as a leading figure of the Chapter, boosted further by his Primaris augmentations and Mk X Gravis armour, it’s fair to say that his profile is pretty beastly.

In addition to a pair of servo-arms and bolt pistol sidearm, Iron Father Feirros bears two relics of the Iron Hands – his axe Harrowhand and his backpack-mounted heavy bolter, Gorgon’s Wrath – both of which pack a hefty punch.

With his presence alone, Feirros will anchor any Iron Hands line – not only does he ignore wounds on a 5+ thanks to his Artificer Bionic ability, but he provides an invulnerable save to nearby units.

As if that wasn’t already enough, Feirros can guide the fire of his battle-brothers with his Signum Array, and even repair nearby vehicles. That’s some serious multitasking right there!

Try accompanying Iron Father Feirros with a pair of Redemptor Dreadnoughts. Not only will they benefit from a 5+ invulnerable save, but Feirros will be able to repair them on the go. And with the help of his Signum Array, you’ll be able to pick one of them to average 10 hits per turn with a heavy onslaught gatling cannon, even if it’s badly damaged! 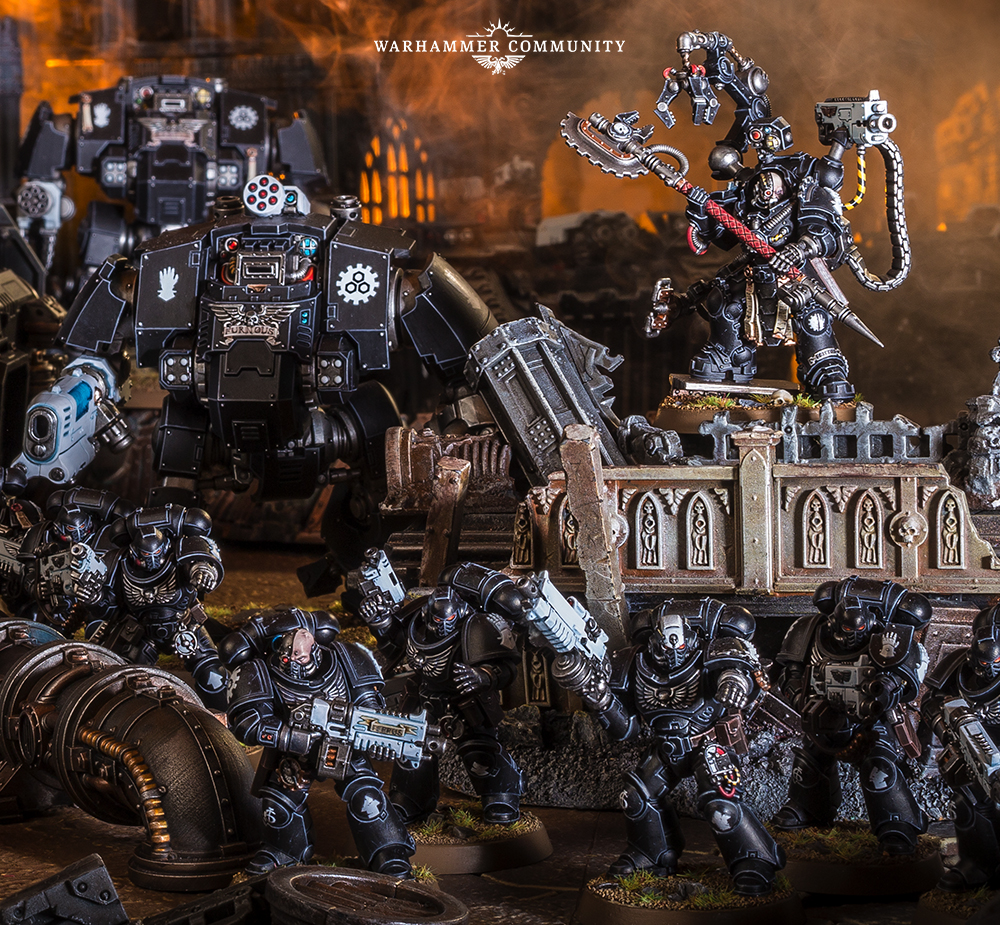 The mighty Iron Father Feirros will be up for pre-order on Saturday, so if you’re after a solid foundation around which you can build your Iron Hands army, look no further! We’ll be back tomorrow with a preview of the Raven Guard Master of Shadows, Kayvaan Shrike. Until then, be sure to pick up a copy of Codex: Space Marines in preparation for this week’s pre-orders so you can start plotting and scheming your own Iron Hands Clan Company!

← This Week in the ITC 9-12-2019: Current top 10 and Thoughts about Space Marines
Wide World of Wargaming Age of Sigmar Episode 34 – Belated SuperNOVA →