All of the incredible new models that come with Blackstone Fortress: Escalation also have datasheets for Warhammer 40,000. Whether you fight for the Imperium or the Dark Gods, you’ll soon have some new units to choose from. 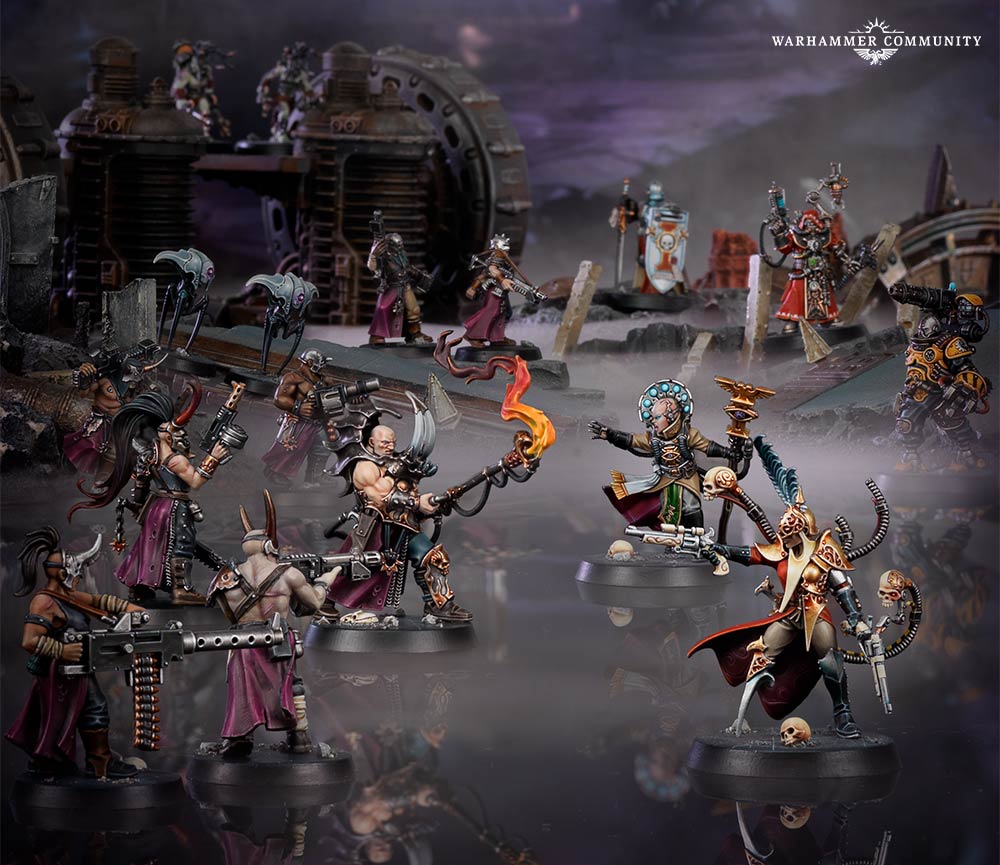 Armed with a matching pair of pistols, Rogue Trader Murad is the finest gunslinger since the Kellermorph first drew its guns.* If she doesn’t move, she can pump out a hail of bullets, meaning that she always gets the upper hand in any “negotiations”.

The Crusader is just as sharp as the power sword that he carries into battle. When he fights, it’s as though the God-Emperor himself guides Gotfret’s hand, adding to his already considerable skill. 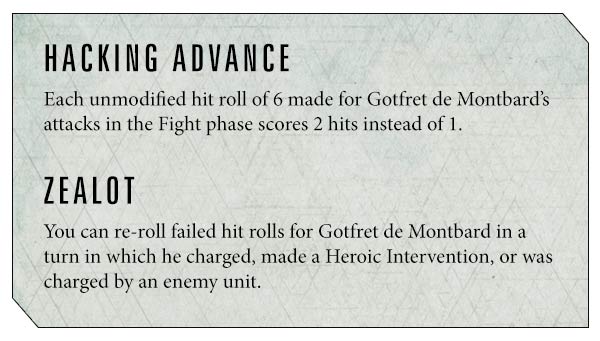 What’s more, if you field him alongside Taddeus the Purifier from Warhammer Quest: Blackstone Fortress, or any other Ministorum Priest, Gotfret won’t take up any slots in your Detachment!

Like all Psykers, Aradia knows the Smite psychic power. She also wields a new power, Psychic Augment, which increases the accuracy of a nearby unit – perfect for a special weapons team armed with plasma guns.

This Technoarcheologist has dedicated his life to tracking down and analysing mysterious artefacts. He brings one such cryptic device with him to the battlefield, which has the power to repair or to kill.** 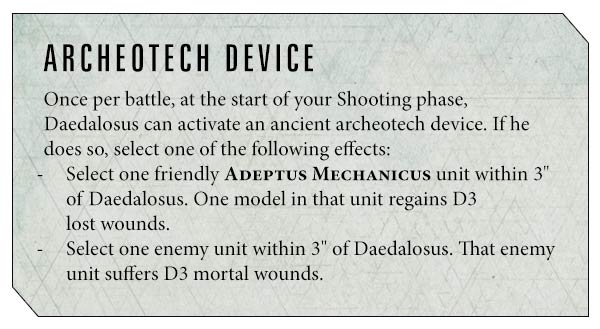 He’s also equipped with an omniscanner, which lets you improve the accuracy of nearby units.

No-one quite knows where the Servitor X-101 came from, but it’s clearly been outfitted for salvage duties with various industrial loading and hauling attachments.*** Of course, if an enemy vehicle isn’t quite ready for salvage yet, X-101 can ensure that it soon will be.

The Chaos Cultists from Escalation are amazing value for their points. If you need a unit to camp on an objective while pumping out fire with their heavy stubber and grenade launcher, look no further!

Inside the confines of the Blackstone Fortress, the Firebrand’s hellfire torch is deadly. Well, it’s no less devastating on the other battlefields of the 41st Millennium. Barbecued loyalists, anyone? (Or barbecued Tyranids, Aeldari, T’au…)

The new hostiles in Escalation all get the same rule as the hostiles from Blackstone Fortress – Servants of the Abyss. This means that you can set them all up at the same time as their master if he’s in your army. 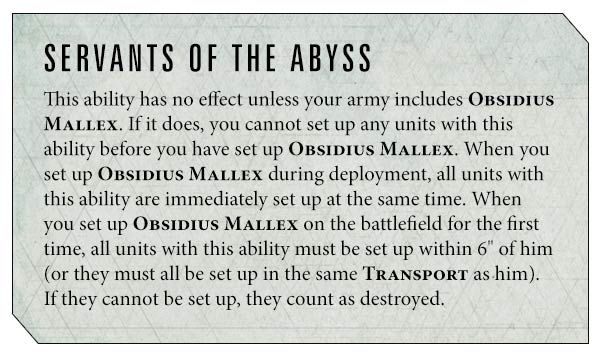 All of these models come in the new expansion, Blackstone Fortress: Escalation, which is available to pre-order from tomorrow! Make sure that you also grab a copy of Warhammer Quest: Blackstone Fortress so that you are totally prepared to undertake dangerous quests in this mysterious space station.

* Although Imperial doctrine states that the Kellermorph is just a backwater myth.
** Make sure that you have it set to the correct option before turning it on!
*** And a big gun of course! It is the 41st Millennium, after all…

16 Responses to “Beyond the Fortress”

Leave a Reply to Mikkesh