Welcome to Warband Focus – a new series in which we’re investigating each Warcry warband with lore, guides to play style and top tips for securing victory in the Bloodwind Spoil! Today, we’re looking at the savage Untamed Beasts, the unruly counterparts to the Iron Golem found in the Starter Set.

Hailing from the Jagged Savannah in Ghur, the Realm of Beasts, the Untamed Beasts are brutal warriors who eschew the trappings of civilisation. Capable of binding the spirits of beasts to their own through dark rituals, they possess preternatural strength and speed. Those warriors in the Eightpoints venerate Archaon as the Eater of Worlds, and long to join him in his great hunt. To them, Chaos is the Devourer of Existence – a rampaging apex predator from which there is no escape. 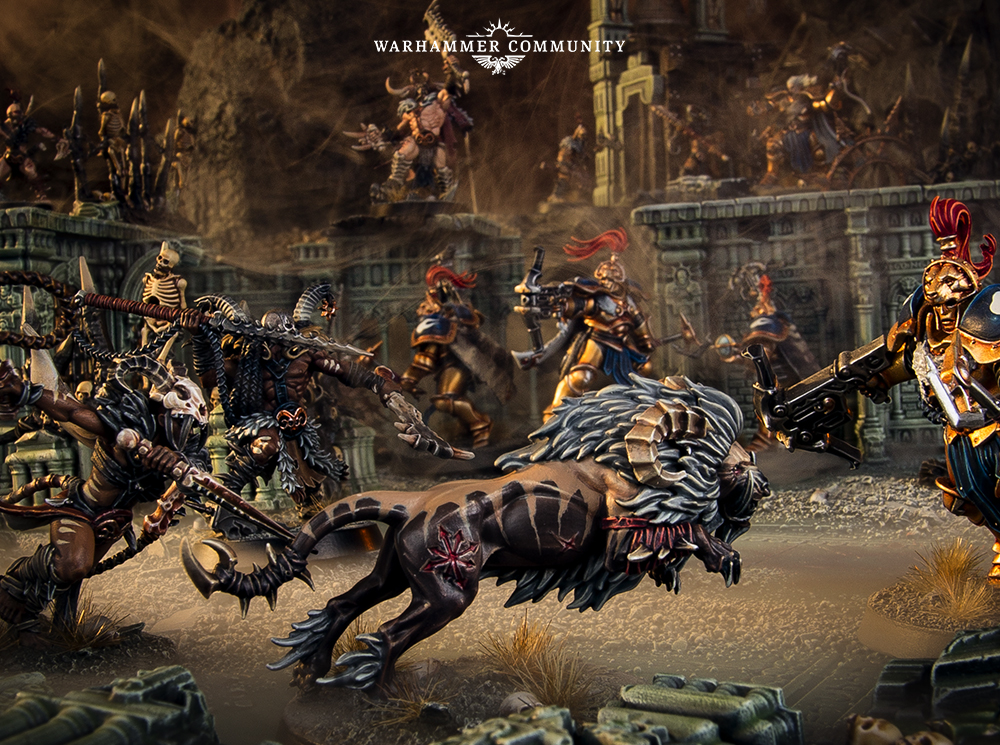 The Untamed Beasts are one of Warcry’s quickest warbands, capable of covering vast amounts of ground in no time at all. With Plains-runners and the Rocktusk Prowler, you’ll be able to chase down – and kill – even the most far-flung foes.

They’re DEADLY AT ANY RANGE

No corner of the battlefield is safe from the Untamed Beasts, with even the densest of cover providing little protection. Part of this comes down to their speed, and part of it comes down to some excellent ranged attacks, with fighters like the First Fang and Beastspeaker capable of downing enemies at a distance.

Never count an Untamed Beast out of the fight! Thanks to their excellent abilities, even a lowly Plains-runner can wreak havoc with an enemy warband. Combined with your speed and flexibility, you’ll always keep your opponents guessing as to where you strike next. 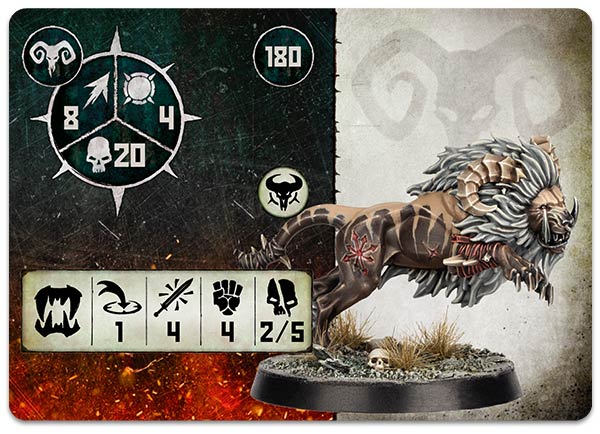 Tough, deadly and incredibly fast, the Rocktusk Prowler is everything you want in a Warcry fighter and more. Moving a blistering 8″, this beast presents an immediate threat for your foes, helping to draw away the toughest of your enemies and create space for the rest of your warband to operate in. 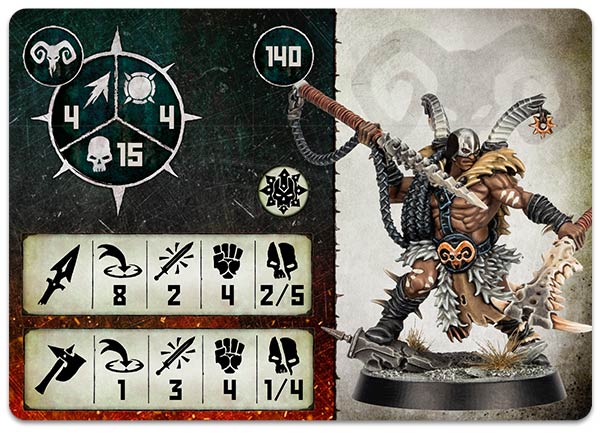 The First Fang is an incredibly effective fighter whose abilities in combat give the Untamed Beasts a distinct edge against their opposition in the Eightpoints. Armed with a long-ranged harpoon, he’s capable of dealing devastating damage at a distance, and is ideal for slaying foes you’d rather not get close to, like rampaging Orruk Brutes and Ogor Breachers…

Beastmaster is great ability, providing you with a free attack action on your Rocktusk Prowler provided your Beastspeaker is close. Only costing a Double to use, it’s a great way to maximize damage in an activation.

As if the First Fang wasn’t already useful enough! Harpoon Snag is an amazing way to catch out an over-extended enemy fighter. Use it to pull tricksy warriors like the Cypher Lords’ Thrallmaster (that’s the one with the fancy robes) and Khinerai Heartrenders into place, so your Preytakers and Plains-runners can carve them up!

Looking to harness the savagery of the Untamed Beasts yourself? Make sure to pre-order yours in the Warcry Starter Set this weekend! In the meantime, get to grips with the opposition with our Iron Golem Warband Focus.

← This Week in the ITC 7-18-19: The ATC Hits the Standings and Sisters and Marines Factions Focus
Top Lists and Player Interviews: Warhammer 40k Tournament results July 12-14 2019 →