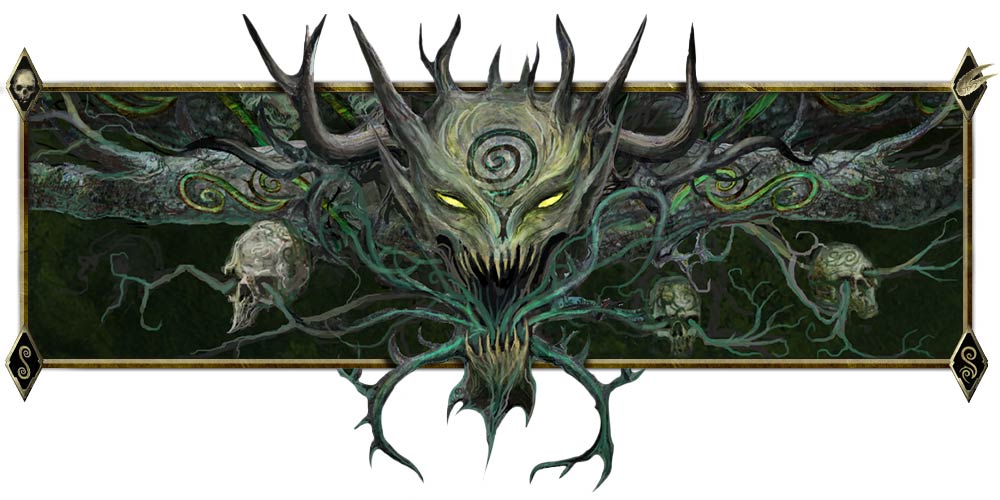 It’s preview time! Ahead of the release of Battletome: Sylvaneth, we’re leafing through the pages of your new army book to round up all the new goodness – from allegiance abilities to new magical spells and key warscroll changes. Let’s get stuck in…

Sylvaneth are known for their ability to navigate the arcane realmroots that lace the Mortal Realms. In the game, this gives your army fantastic flexibility in the movement phase, allowing them to teleport across the board and ambush weaker foes or grab objectives at the last minute. 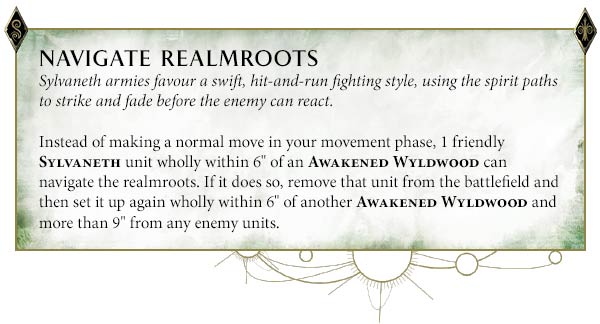 Navigate Realmroots has been simplified and is now more reliable than before – you won’t have to roll to see if you succeed, meaning it’s much easier to plan around, letting you surround your foes with ease, or make daring last-minute objective grabs. With clever use of your Awakened Wyldwoods, you’ll have a level of board control few armies can match.

The Lore of the Deepwood 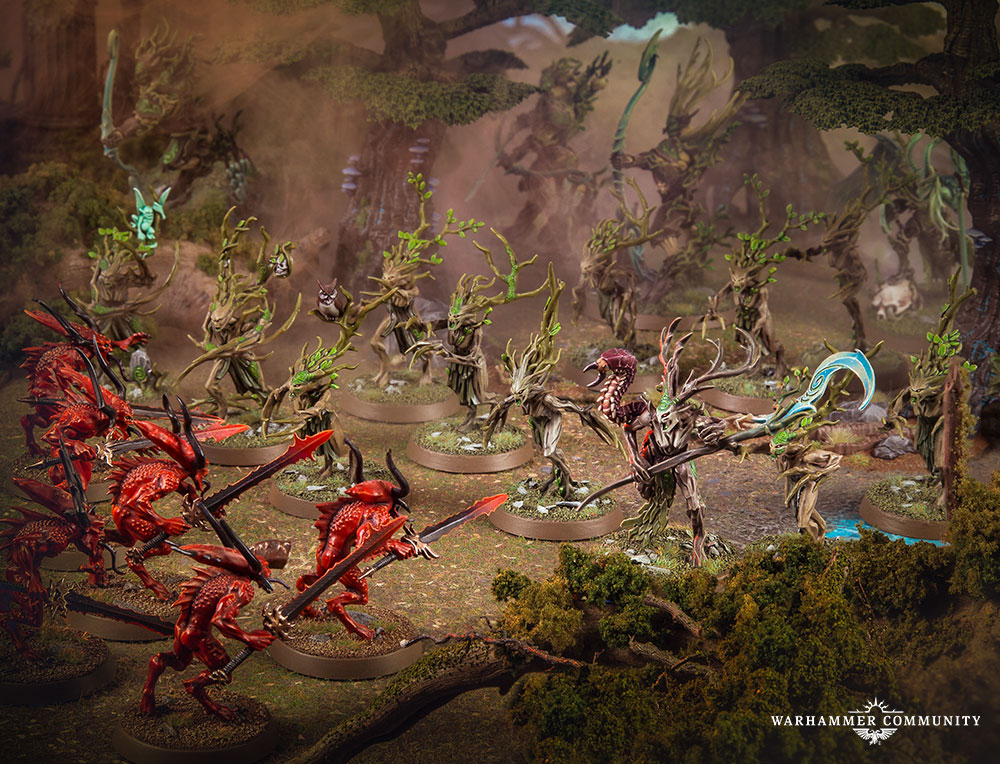 It’s rare for a Sylvaneth army to go without a Wizard, whether that’s a Branchwych or Alarielle herself, and with the Lore of the Deepwood, you’ll have a powerful new range of options for them to unleash in battle. Verdurous Harmony, for instance, lets you restore lost models to nearby units. 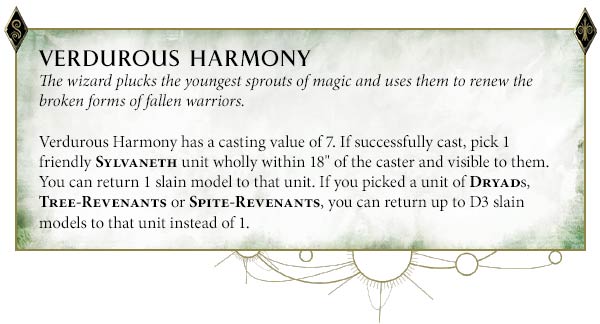 Similarly, Regrowth is great for keeping your Treelords kicking, allowing you to restore an impressive D6 wounds to them.

Throne of Vines, meanwhile, is a cracking option early in the game, making it much easier to cast particularly tricky spells and much harder for your foe to unbind them.

The Lore of the Deepwood also allows you to summon new Wyldwoods mid-battle, letting you quickly establish some cover, obstruct your enemies or to give you more opportunities to use Navigate Realmroots. 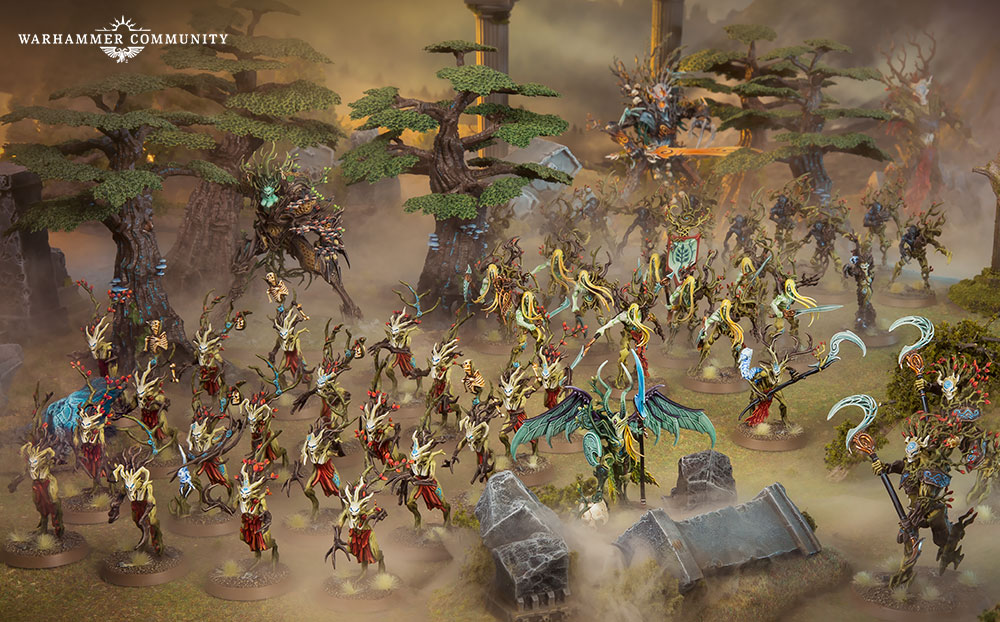 The Sylvaneth are as varied as the Mortal Realms themselves, and the new battletome allows you to express their dizzying diversity with no fewer than 7 sub-factions you can dedicate your army to! Called Glades, each has an ability, command trait, artefact and command ability to master, offering new twists on the army and rewarding you for using themed lists and favourite units. The terrifying forces of Dreadwood, for example, are perfect for fans of Spite-Revenants.

Dedicate your army to the noble warriors of the Heartwood, meanwhile, and you’ll gain access to an Artefact that makes your Kurnoth Hunters exceptionally deadly.

Alternatively, if you’re looking to make the most of Treelords, Spirits of Durthu and Treelord Ancients, Oakenbrow lets you keep fighting at peak efficiency for longer, representing the storied resilience of this grove.

Not counting those found in groves, the Sylvaneth Battletome contains 12 command traits and 24 artefacts with which to customise your Heroes, with some superb potential combos. A Branchwych with the Glade Lore command trait and Luneth’s Lamp, for instance, is a fantastic magical lynchpin capable of shutting down enemy magic with ease… 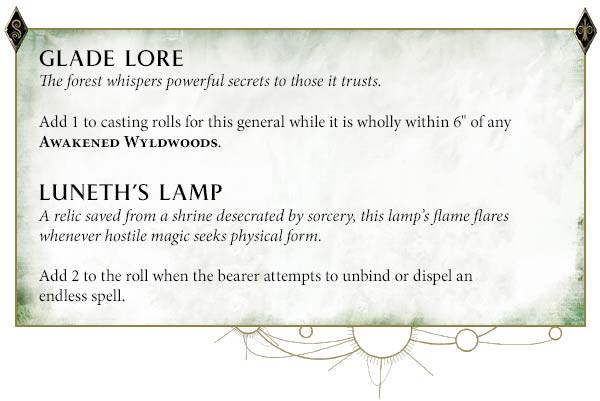 …while a Spirit of Durthu with Dread Harvester and the Greenwood Gladius will utterly obliterate foes on the charge! 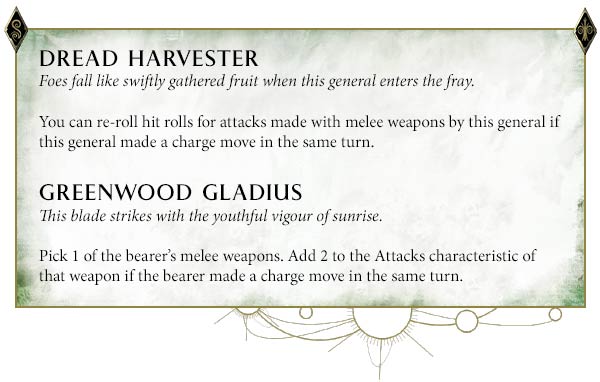 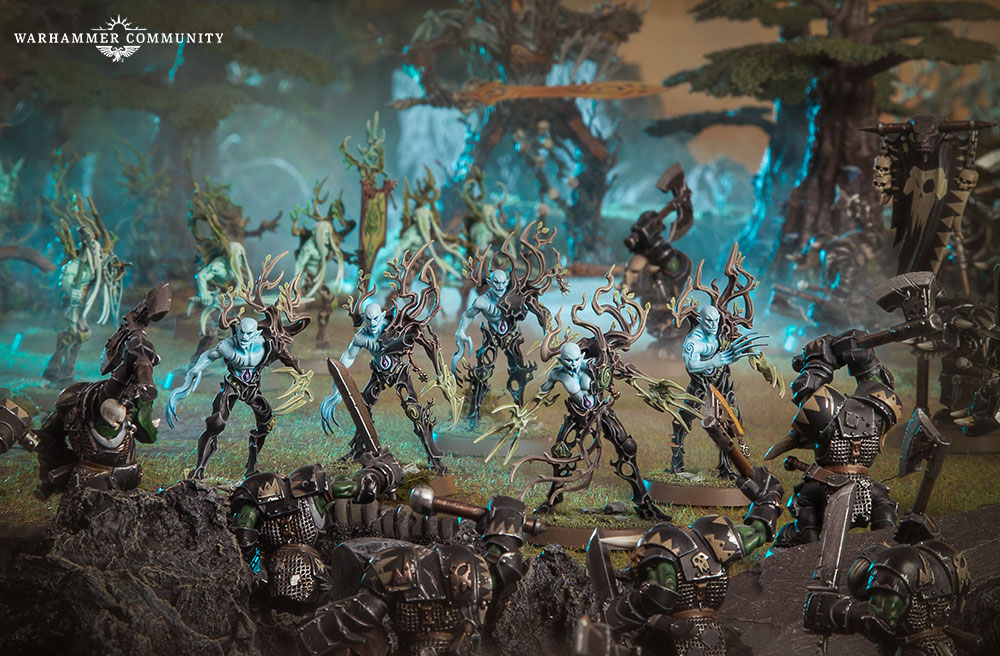 Alongside the Sylvaneth battletome, we’re updating a number of Sylvaneth warscrolls, offering new niches for units, welcome increases in the power of certain units and small tweaks to make certain rules simpler or faster to play with. Take Tree-Revenants – these can now ambush foes pretty much anywhere on the board, without even having to use realmroots. Our recommendation would be to grab a unit of 5 Tree-Revenants for any army and to hold them back for last-turn objective grabs.

Drycha Hamadreth has been hugely improved in the new battletome. Rather than having to choose between giving her a colony of Squirmlings or a colony of Flitterfluries, you get both, with each offering her a blizzard of attacks. You’ll be able to switch Drycha’s focus between melee and ranged attacks, making her a dangerous combatant in both the shooting and combat phases. 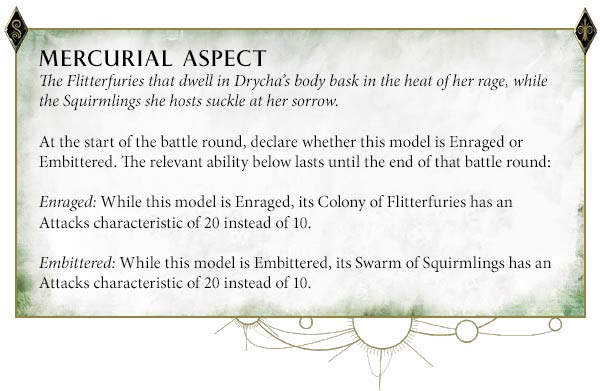 Treelords of all types will be a core unit in any Sylvaneth army thanks to their changed Groundshaking Stomp, which now forces enemies to fight last in the combat phase, potentially giving you a devastating advantage.

Kurnoth Hunters with Greatswords now have a key edge on their scythe and bow-wielding kin, dealing mortal wounds in addition to their normal damage on a wound roll of a 6, making them particularly excellent against well-armoured foes.

You’ll have to wait until the weekend to see all the new warscroll changes for yourself, but rest assured there’s more still to be uncovered!

The Sylvaneth and Nurgle have warred for generations, a seemingly endless struggle that has raged since the Age of Chaos. Now, with the opening of the Stormvaults, a new power has awoken that could well spell doom for the children of Alarielle – and this week, we’re letting you explore this latest dramatic development for yourself. We’re kicking off a Forbidden Power week for Sylvaneth with the story of the Black Oak – a mysterious entity that could well tip the balance of power in Nurgle’s favour.

You’ll be able to pre-order Battletome: Sylvaneth this weekend, alongside new endless spells and the reborn Awakened Wyldwood – check back later in the week for more previews. In the meantime, you can kick off your Sylvaneth army today with the Start Collecting! set.