This week I wanted to focus on a single event. There were a bevy of great events across the ITC this past weekend but one Major inparticular drew an incredible field and had an awesome result. The Gentleman’s and Ladies Major in Vegas was part of a larger event Wasteland Games Weekend that featured mulitple events for various game systems as well as vendors. The 40k event was TO’d by Adam Solis, a fellow LVO Head Judge and TFG Radio member, and Anthony D’Amore. If it had been this coming weekend and not last I would have been there too, playing not judging, so keep that in mind next year when planning it guys. Not Father’s Day weekend because as all Fahter’s can attest to, that day isn’t about what you want to do! 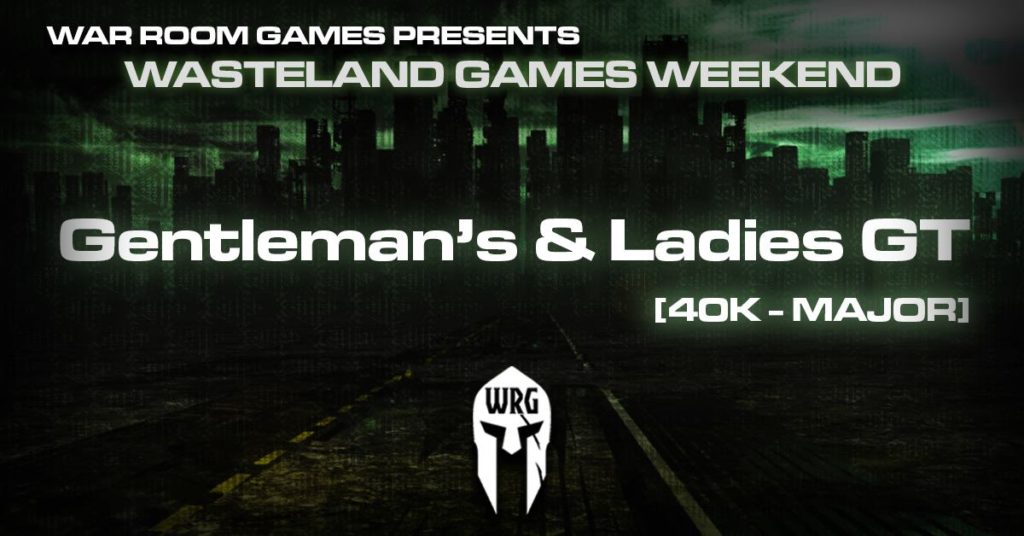 Orks won! Better yet, Richard Kilton, one of 40k’s penultimate gentlemen, won the Major with Orks. You can’t ask for much better than that. What I really want to do is present to you the results of the event and the top 6 lists all in one place. Even though BCP is a thing, and it’s an amazing tool, day in day out online the thing we hear over and over is “where can I find the list(S)?!” Well here they are.

This top 6 is a veritable who’s who of players west of the Mississippi in the United States and the spread of armies is terrific too. Two types of Aeldri, two types of Orks, GSC, and Chaos without an Imperial player or Castellan in sight! Imagine that.  Without any further whatever, here are the lists.

Winning the award for most egregiously long army list, with a total of 4 screenshots needed to capture it all off the BCP App goes to Frankie Giampapa and his GSC!

These are all very interesting lists. From two quite different takes on Orks to two somewhat different takes on Aeldari, through a simple on paper Chaos list that is anything but simple to play, to a very complex on paper and table top GSC list. These armies are all thinking man’s, strategy and tactics, oriented army lists that take high player skill to play well and win with. Congratulations to Richard Kilton and the other 5 players in the top 6 who did so well last weekend. Congratulations to the people at War Room Games and Hammerhead Games for putting together the events last weekend. Great job Adam and Anthony judging the 40k Major as well.

So what do you think it says about the current shifts in the meta that we have a top 6 that didn’t include a single Imperial army or Castellan? Have we moved well beyond that or is this event a testamony to the prowess of the West Coasts finest coming out and shifting they meta of their own volition by playing new armies?

InControl playing Chaos? Did we finally corrupt him? Can we expect to see more Chaos from Geoff?

Author
SaltyJohn
Reply to  Charlie A.

Geoff is going to play what is good regardless of the faction I think. Not sure on that, hopefully, he sees this and clarifies, but I imagine he would play any faction if it is good enough and fits with his play style.

Charlie A.
Reply to  SaltyJohn

I expect as much from the top players, for sure. Not that I follow his lists super closely, but this is the first time I’ve seen him play Chaos and know he’s had quite a Custode stint in the past. I’m all for seeing Disco Lords and Mirrors at top tables.

Admin
Reecius
Reply to  Charlie A.

It’s also what he’s playing for ETC so he wants practice.

So what did they put Chester on then? Sean I assume has all the Eldar.

rvd1ofakind
Reply to  Charlie A.

He basically really likes the new models. Simple as that.