Bandai and Warhammer – Our Powers Combined!

You are here: Home › 40K › News › Bandai and Warhammer – Our Powers Combined!

Have you ever dreamed of owning your own Warhammer 40,000 action figure? Of course you have! And very soon, that dream will be a reality. Read on for news of one of the most exciting alliances since the unification of Terra and Mars – Warhammer and Bandai.

Today, we can show you some of the initial designs for the first-ever Warhammer 40,000 action figure! It’s a fully painted, 7-inch-tall Primaris Space Marine, featuring multiple points of articulation, exchangeable weapons, and all sorts of other cool details, brought to life on a new scale. 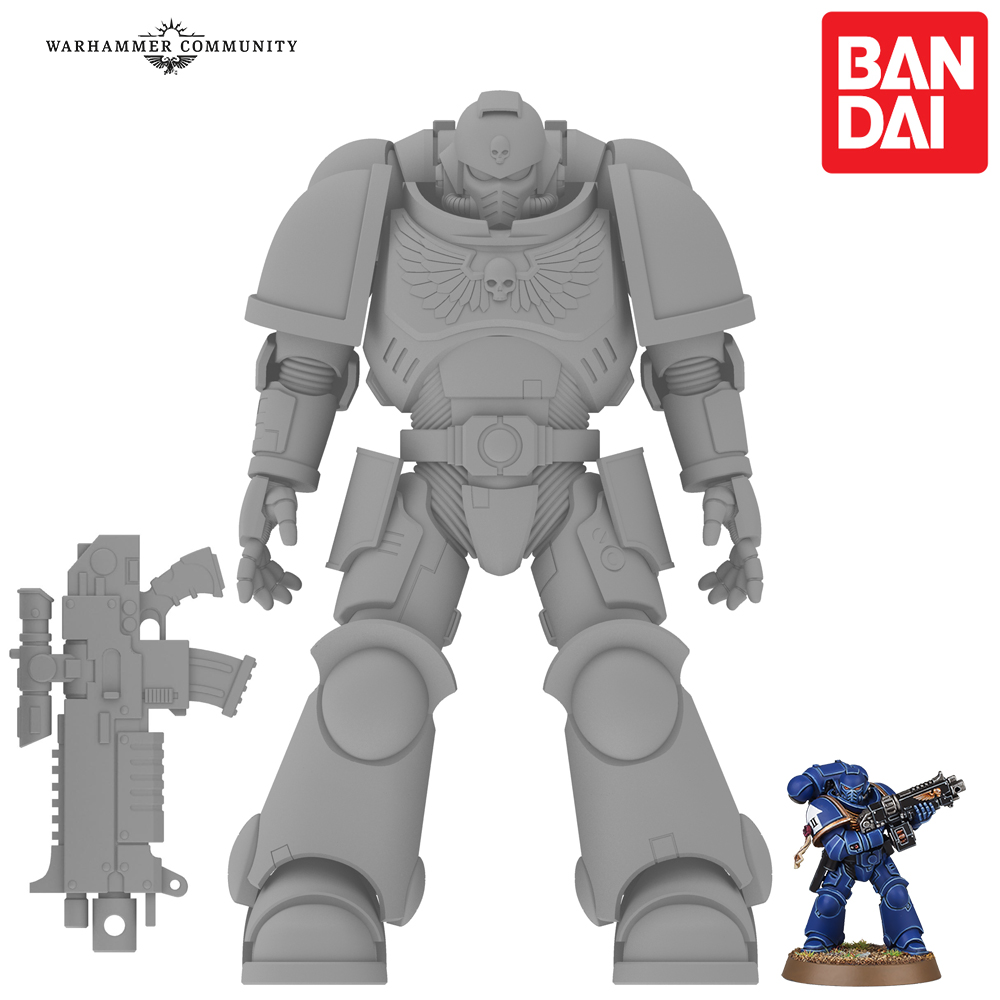 Bandai are, of course, world experts when it comes to action figures like this. Their team have been working directly with the miniatures designers in the Warhammer Studio, including the father of modern Space Marine design, Jes Goodwin,* to ensure that this action figure is a faithful replica of a Primaris Space Marine in Mark X Tacticus armour, every inch true to the lore of Warhammer 40,000.

We think it’s looking amazing, and we can’t wait to get one on our desk – posing him in a suitably heroic poses while we practice making the noise of a tiny boltgun firing.**

Not only that, but Bandai are also going to be producing a series of smaller figures in the Chibi style!*** These are going to be 2-inch-tall figures based on some of the Imperium’s greatest defenders – an Ordo Hereticus Inquisitor, an Eversor Assassin, a Sister of Battle, a Skitarii Ranger and a Space Marine. These diminutive heroes might seem a bit unusual to those not familiar with them, but in Japan these little guys are everywhere and a fun way to introduce more people to our great Warhammer community. For the rest of us, it’s another cool way to adorn your desk, shelf or cabinet. 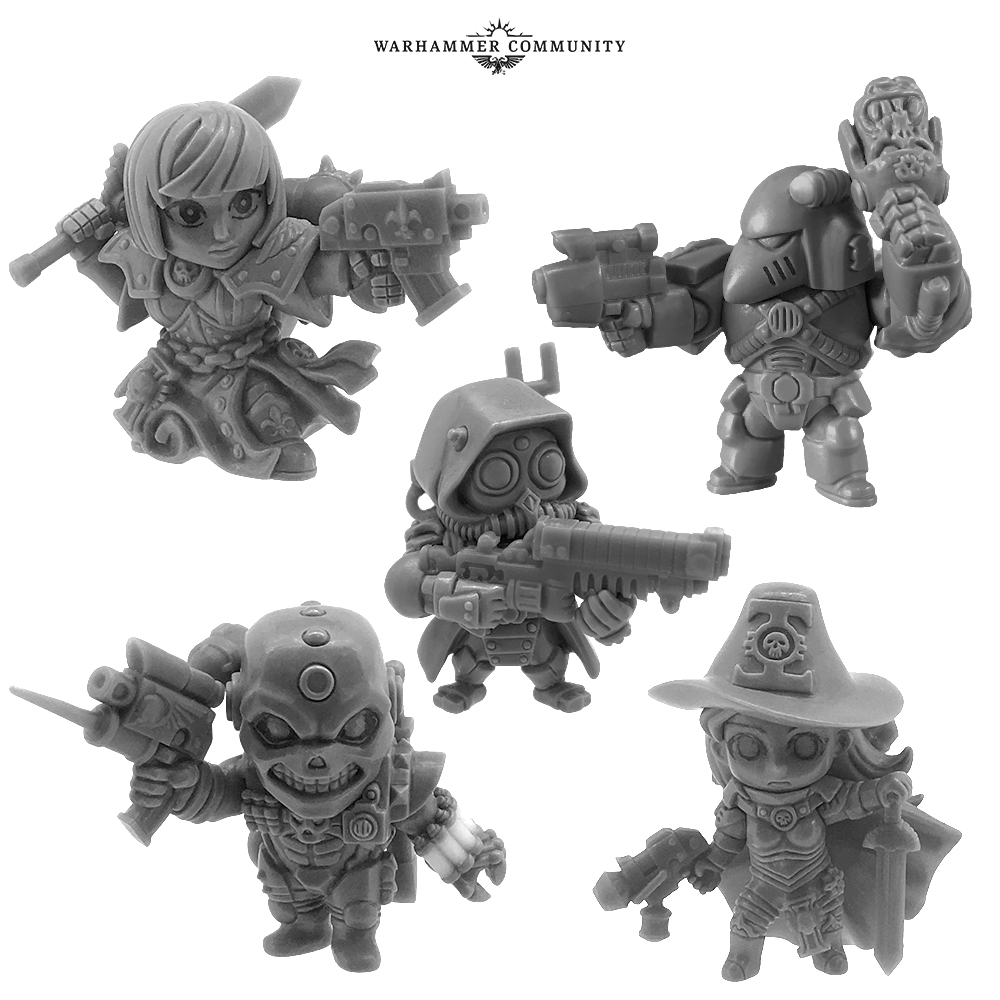 All of these figures are going to be available worldwide and you’ll be able to see them for the first time this weekend! Not only will we have them at Warhammer Fest, but they’ll also be on display at Games Workshop’s stand at the Shizuoka Hobby Show in Japan.

If you like, you can read the full press release about this new collaboration now, in English and Japanese.

These promise to be just the first in a range of awesome figures created in partnership with Bandai and we’ll have more information, including how you can get your hands on them, soon! Meanwhile, it’s not too late to grab your tickets for Warhammer Fest, where you’ll be able to see loads of amazing new things, including the Space Marine action figure.

* Though Belisarius Cawl disputes this.
**Pew, Pew!
*** Derived from a Japanese verb meaning “to shorten”, Chibi is a style of caricature based around large heads and stubby limbs. Funko POP! figures, like the new Space Marines, are another example of Chibi.

3 Responses to “Bandai and Warhammer – Our Powers Combined!”