You are here: Home › Age of Sigmar › Fyreslayers: Magmic Invocations

Battletome: Fyreslayers is coming – and it’s accompanied by some snazzy new models! We’ll be looking at the Magmic Battleforge soon, but today, we’re checking out the Magmic Invocations, with full warscrolls for all of them. You can grab some of these awesome models from FLG, too! 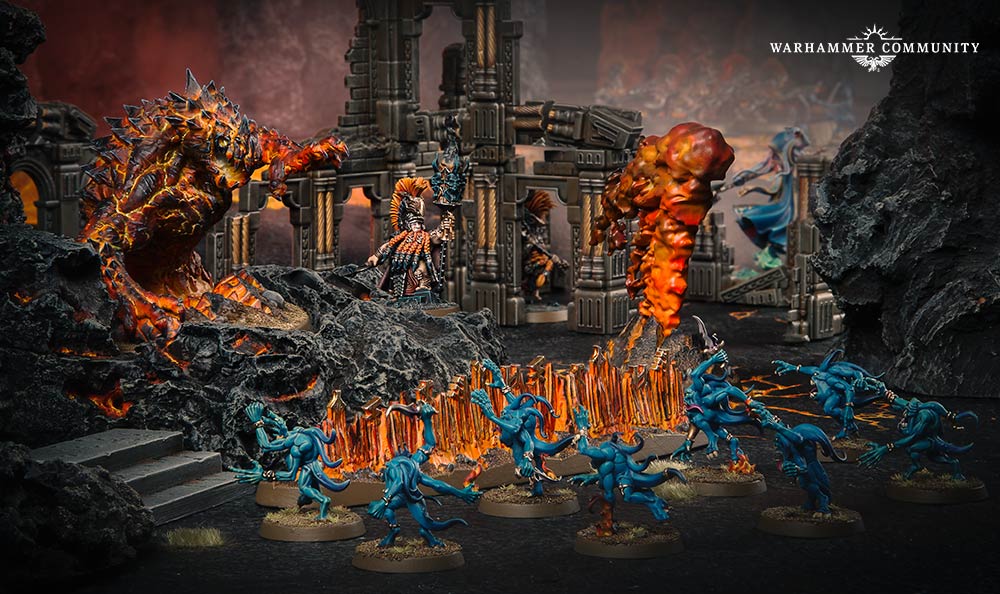 Magmic Invocations are a lot like endless spells or Judgements of Khorne. Rather than being cast by Wizards, each is brought into the game by a Fyreslayers Priest. From there, it’ll stick around causing mayhem until it disappears on a random dice roll. As such, Magmic Invocations are a little unpredictable, but superbly useful, particularly as enemy Wizards won’t be able to dispel them!

A kind of magical landmine, the Zharrgron Flame-spitter is a Magmic Invocation that’s perfect for shattering enemy hordes – just summon one next to a key objective and watch as the troops assigned to guard it melt away! 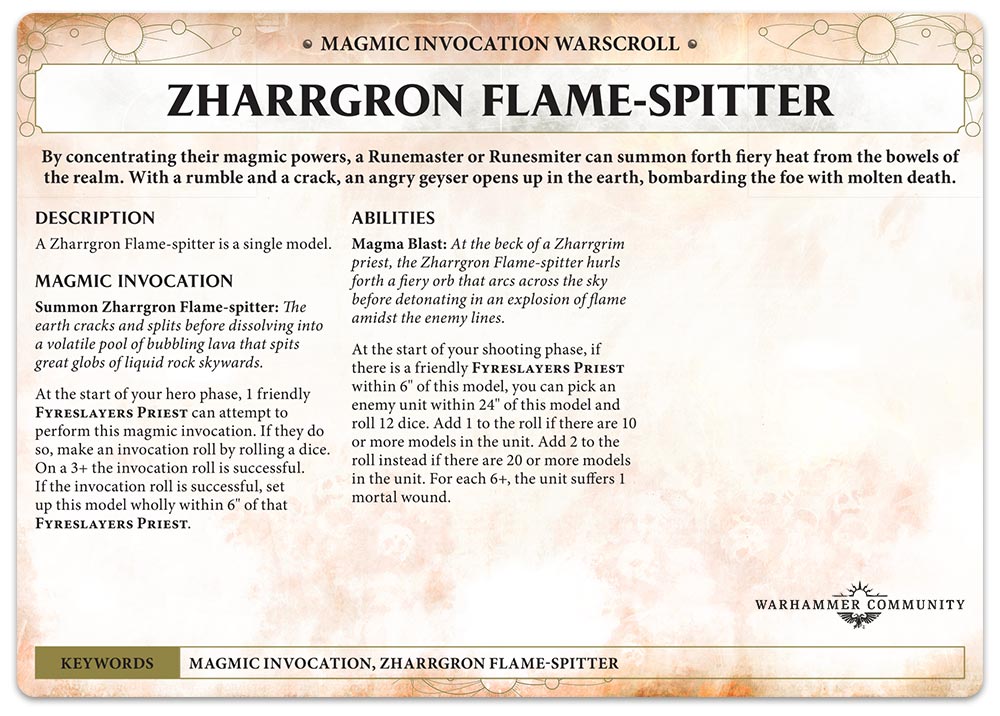 If you need to shield your Fyreslayers from shooting, the Runic Fyrewall is ideal, blocking line of sight to any enemies looking to blast your Vulkite Berzerkers off the table – meaning you’ll have more to get stuck in brutal melee! It’s also a key defensive lynchpin, allowing nearby units to re-roll save rolls of 1. 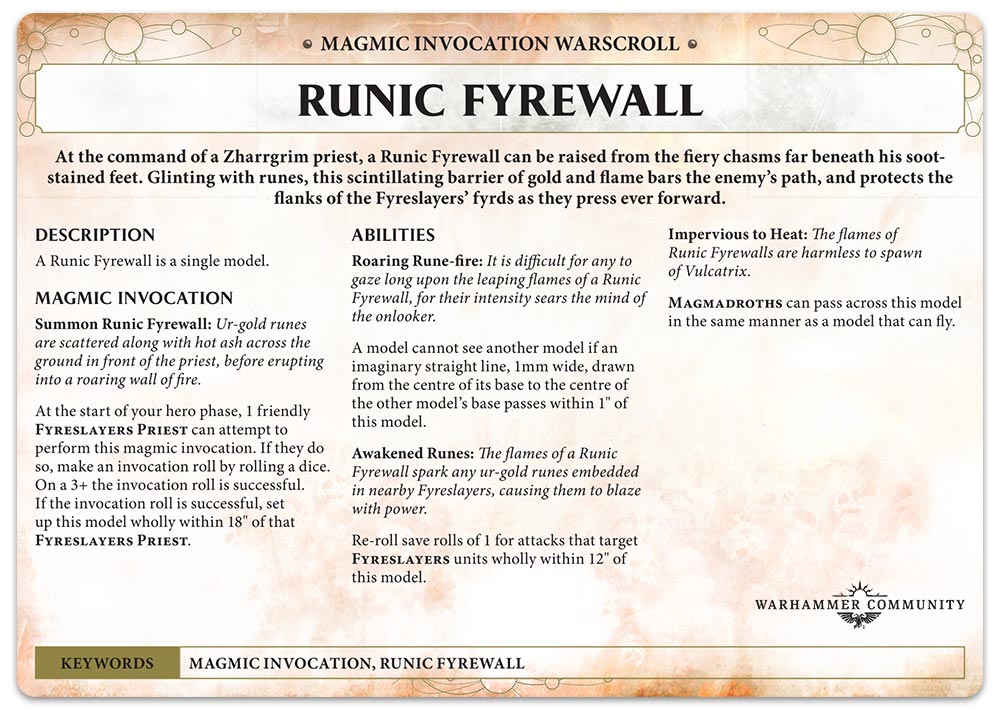 Part inspiring beacon to your Fyreslayers, part harbinger of fiery doom, the Molten Infernoth is a cracking pick for any Fyreslayers army, bolstering the bravery of nearby Fyreslayers while incinerating your enemies. 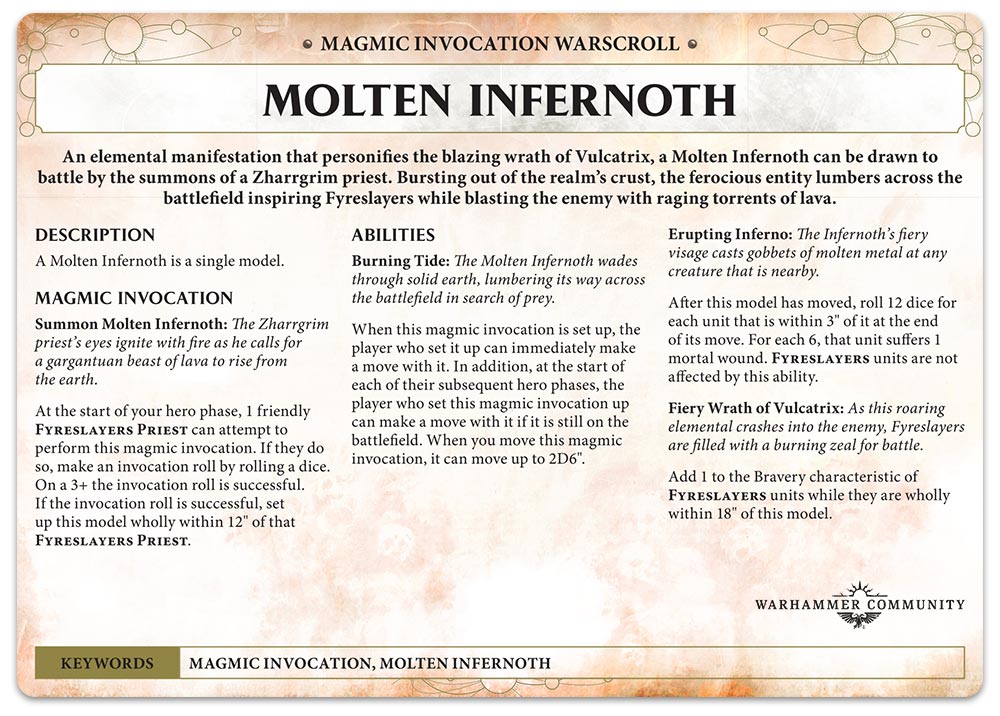 We’ll be previewing the Magmic Battleforge later this week – in the meantime, if you’re looking to ready your army for the Magmic Invocations, make sure to grab yourself an Auric Runemaster so you can cast them!