The Chaos Space Marines are set to receive a huge wave of new reinforcements in the near future – in fact, you can pre-order the new codex, Vigilus Ablaze and Abaddon right now – so this week, we’ve been taking a closer look at the Traitor Legions themselves. Last up are the faceless masters of infiltration, the Alpha Legion.

This article was originally published on the Warhammer-community page. You can purchase these new goodies in our web-cart at a discount, here.

Who are the Alpha Legion? 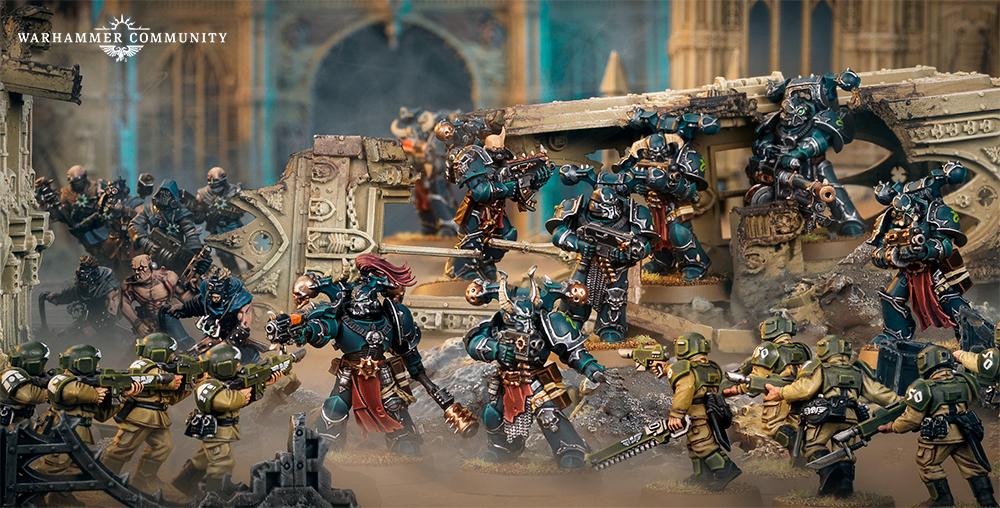 Well, that’s a pretty good question, and one that’s still a matter of some debate! The Alpha Legion are, at least by appearances, a Chaos Legion who specialise in stealth and subterfuge. Since the days of the Horus Heresy, they have sown discord across the galaxy, instigating massive insurrections, using propaganda and sabotage by local populations to ready planets for conquest. The goals of their secret war are a mystery – its effectiveness is not. Upon Vigilus, the Alpha Legion have the potential to wreak terrible havoc, with tensions between defenders already at breaking point.

The Alpha Legion have even more tricks to unleash on the tabletop with Vigilus Ablaze, particularly if you’re looking to mount your own deadly cult insurrection on the tabletop. 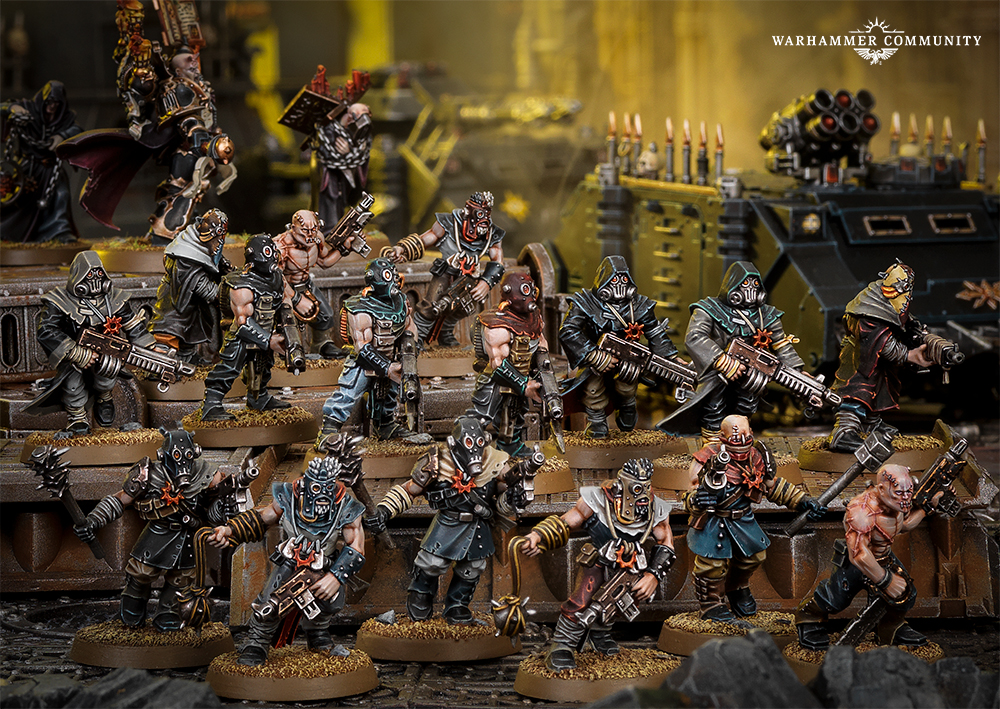 What’s a good Alpha Legion uprising without countless brainwashed civilians ready to die for the cause? Vigilus Ablaze is fantastic for Alpha Legion fans looking to build a thematic (and deadly) guerilla uprising thanks to the Cult of the Damned. 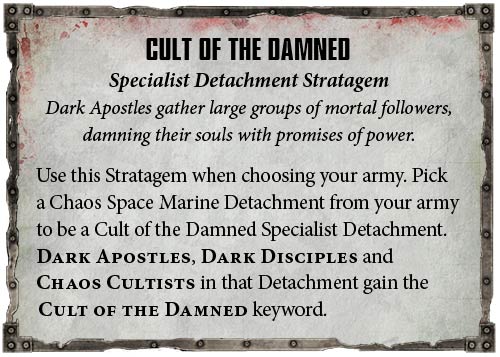 Made up of Dark Apostles and lots of Cultists, this Specialist Detachment is perfect for overwhelming your opponents. The Dark Apostle makes a particularly superb support unit for his mortal flock, with new prayers like Soultearer Portent and Illusory Supplication letting you maximise the power of your Cultist units. 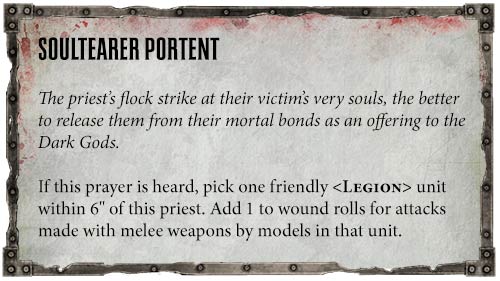 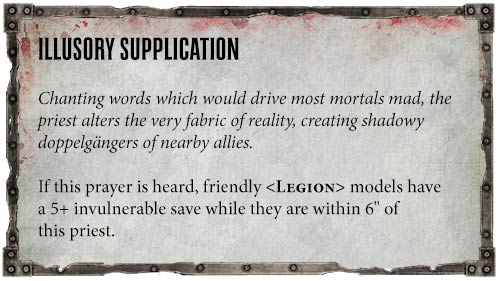 In fact, there’s even a Stratagem that makes it simpler to make these valuable prayers work in-game. 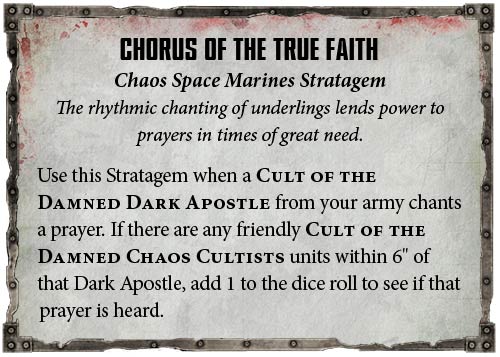 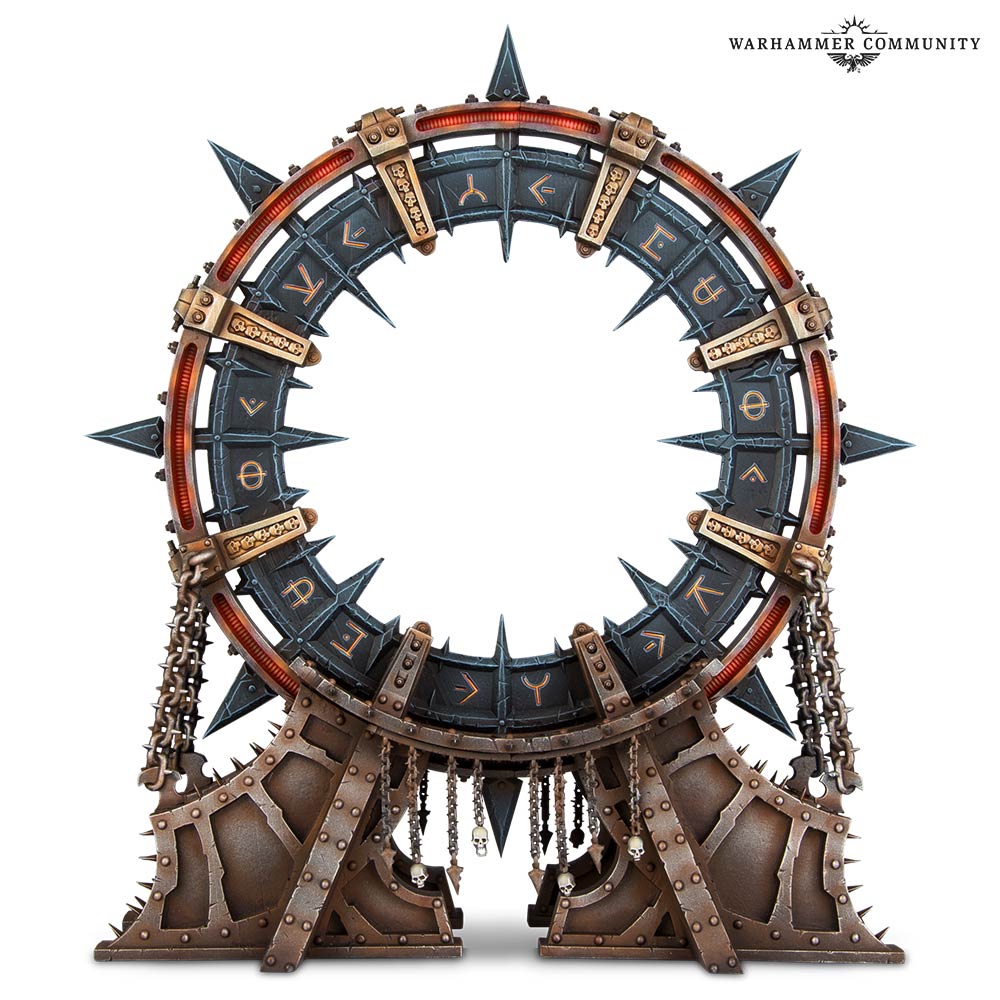 Those of you with a sizable collection of Cultists already will be aware that while these determined insurgents get top marks for zeal, their durability leaves a lot to be desired. That’s where the Noctilith Crown comes in.

In the lore, these devices are enormous empyric resonators designed to weaken the fabric of reality. On the tabletop, this is represented by a fantastic ability that provides all nearby with a 5+ invulnerable save, as well as letting your Psykers re-roll failed Psychic tests.

You can get your Noctilith Crown, Vigilus Ablaze and more online today.