The Chaos Space Marines are set to receive a huge wave of new reinforcements in the near future – in fact, you can pre-order the new codex, Vigilus Ablaze and Abaddon right now – so this week, we’ve been taking a closer look at the Traitor Legions themselves. In today’s preview, we’re looking at just who the Emperor’s Children are, for any who might be unfamiliar, before checking out the updated rules for Havocs and looking into an awesome Daemon Engine-themed Specialist Detachment.

Who are the Emperor’s Children? 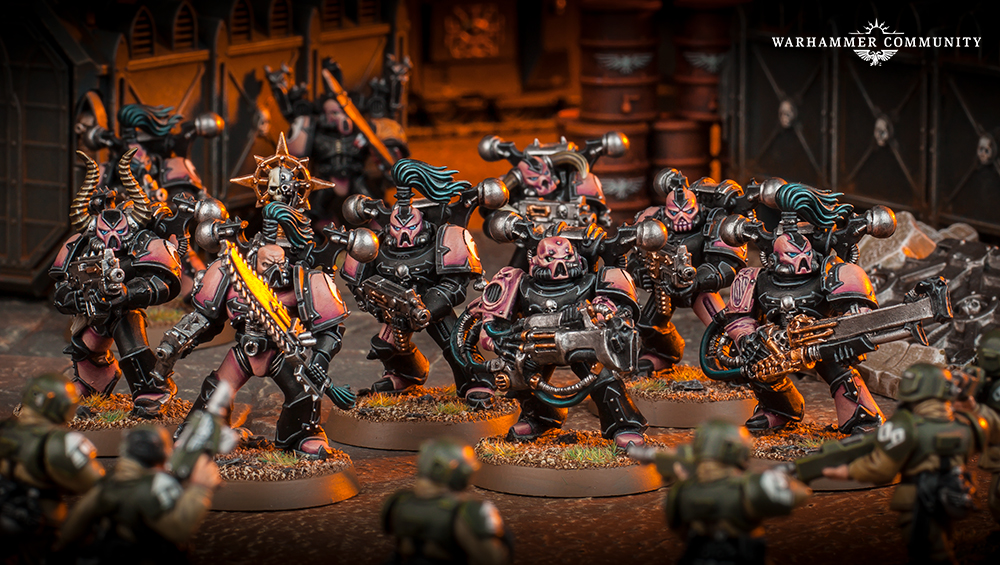 Once, the Emperor’s Children were counted among the greatest of the Space Marines. Dedicated to perfection in all their pursuits, these once-noble warriors descended into degeneracy and madness, forsaking the Emperor and the Imperium in favour of the eternal pursuit of their basest desires. Worshipping the Chaos God of excess, Slaanesh, the Emperor’s Children have become so jaded to conventional sensations that only in the heart of bloody battle can they truly feel alive, finding perverse enjoyment in pain, bloodshed and the din of war.

Emperor’s Children armies are even better than they were before in Vigilus Ablaze, combining their existing strengths – a Legion Trait that lets them fight first and solid Stratagems – with a host of new units to master. Additionally, if you’re looking to add some more Noise Marines to your Emperor’s Children army, the original upgrade kit is 100% compatible with the new Chaos Space Marine plastics. 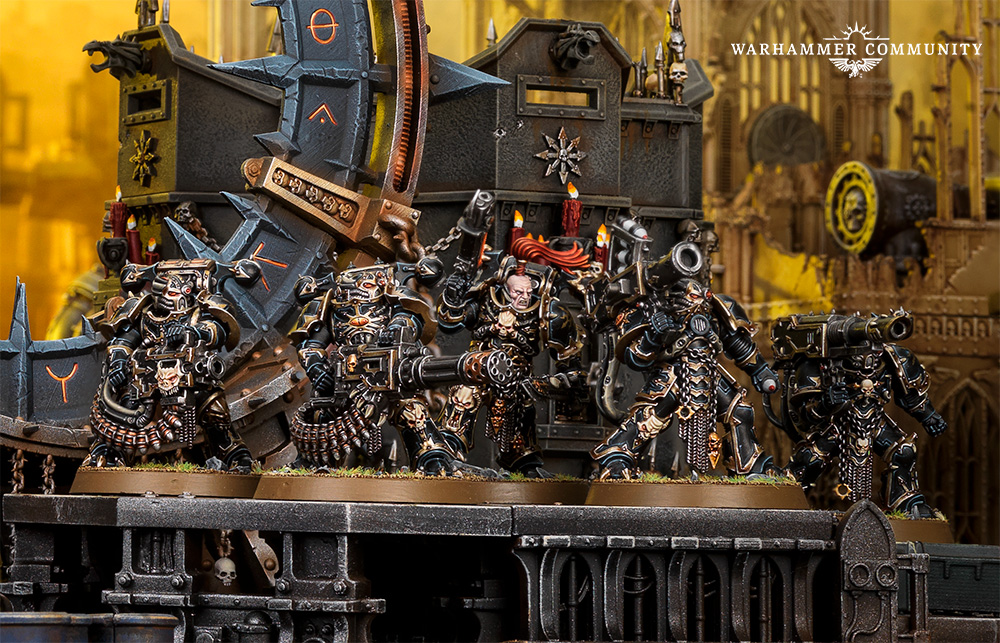 Firstly, it’s time to answer a burning question many of you have been asking this week. Just what is that rotor cannon-looking thing wielded by the new Havocs? 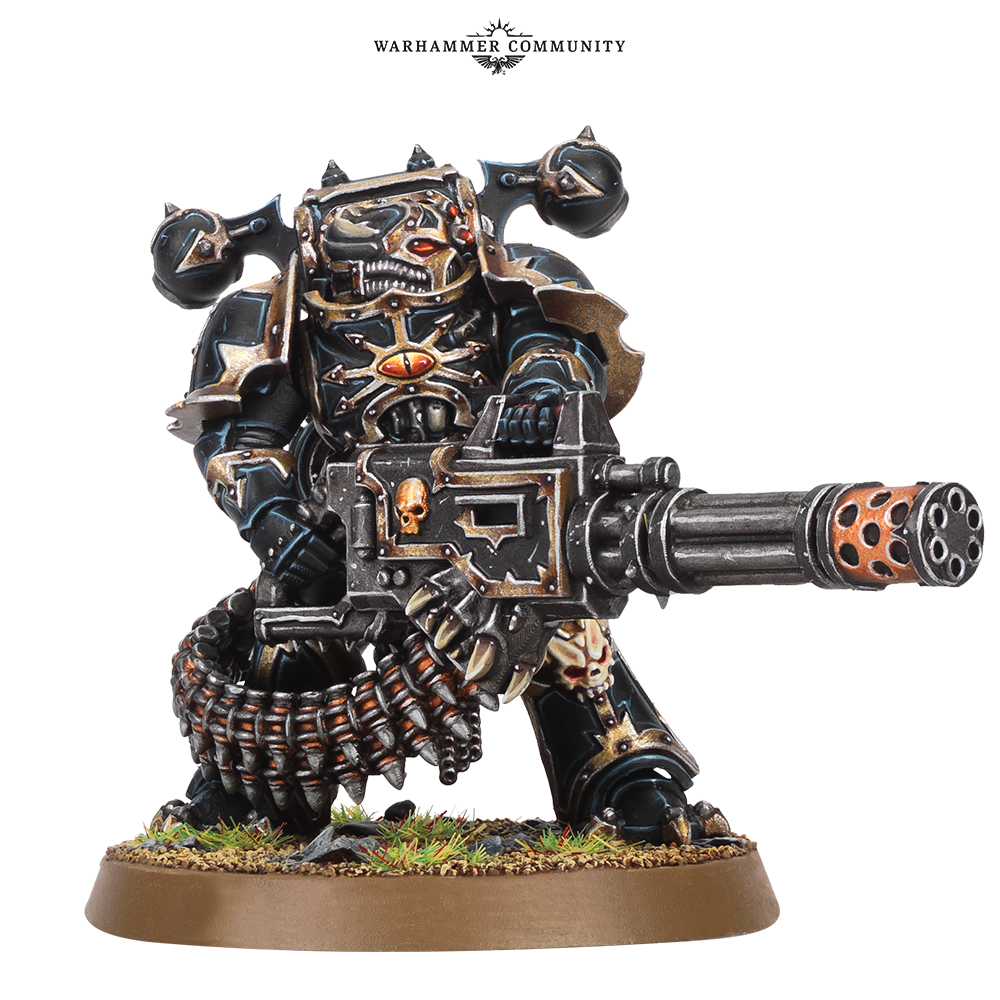 Available to both Havocs, Chosen and Chaos Space Marines, the blistering rate of fire this weapon provides is ideal for any Slaanesh-marked Chaos army like the Emperor’s Children. If you want to embrace true excess, tool up a unit of Havocs with 4 of these bad boys, shoot twice with the Endless Cacophony Stratagem, and you’ll be kicking out 64 Strength 5, AP-1 shots a turn. Hope you brought enough dice!

To put the icing on the cake, Havocs can now move and shoot without penalty – allowing you to maintain deadly accuracy as you advance on your foe!

Daemon Engines are awesome for pretty much any Legion (or Renegade Chapter) you use them in. In Vigilus Ablaze, all Daemon Engines (including those from Forge World, thanks to the keyword system) are incredible, thanks to a new Specialist Detachment designed just for them. 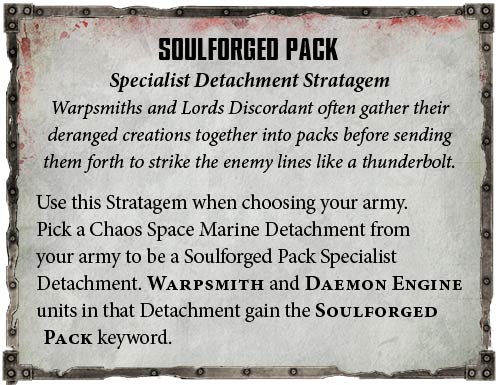 The Soulforged Pack is made up of any combination of Warpsmiths (including the Lord Discordant) and Daemon Engines, and it allows you to advance on the foe with terrifying speed thanks to a nifty Warlord Trait.

Couple this with the Infernal Engines Stratagem and your Maulerfiends and Defilers will be racing across the tabletop and into your opponent’s most precious units in no time! 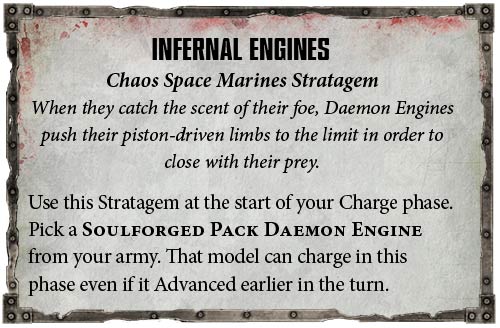 If you’re looking to kick off your own Emperor’s Children collection, grab yourself Slaaneshi arch-villain Lucius the Eternal – and stock up on Noise Marine upgrade sets…