Unless you’ve been hiding in a subterranean lair waiting for the day of ascension to arrive, you’ll no doubt be aware that Codex: Genestealer Cults is up for pre-order on Saturday and hits the shelves in stores the following weekend. 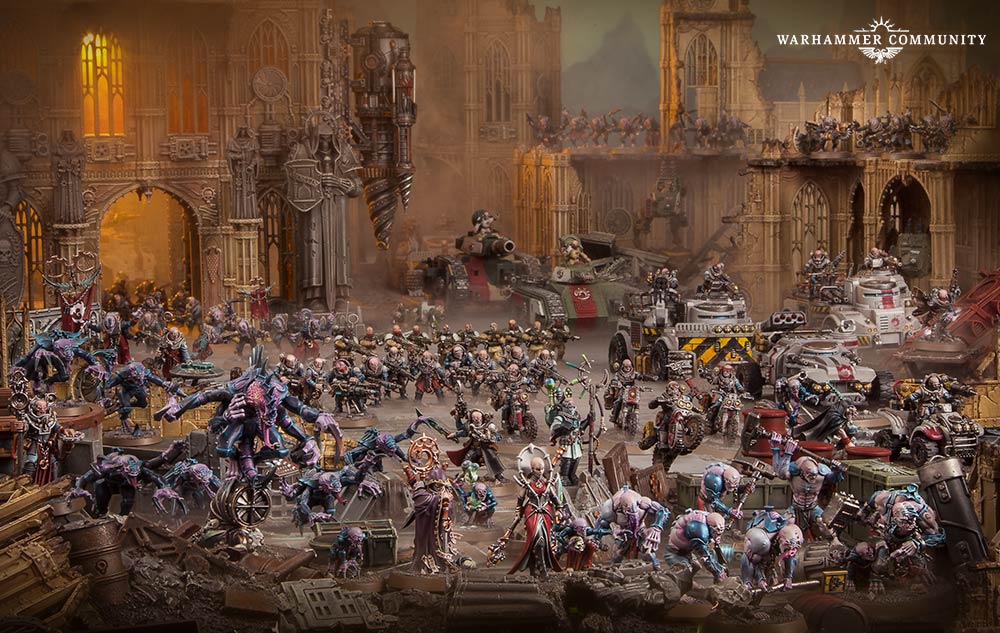 Today, we’re taking a look at how Genestealer Cults first establish themselves, as well as how their Brood Cycles work. It all begins with…

Whether by stowing away on a drifting Space Hulk or sneaking aboard a nameless star-faring vessel, broods of Genestealers will secretly make their way to worlds ripe for infection. Selected victims are then infused with a portion of their own genetic pattern, delivered under the skin via a ribbed tube called an ovipositor – a process known as the Genestealer’s Kiss. The resultant parasitism alters their body and mind, forcing the victim to revere the Genestealer as a messianic figure, the idol of an obsessive new religion. 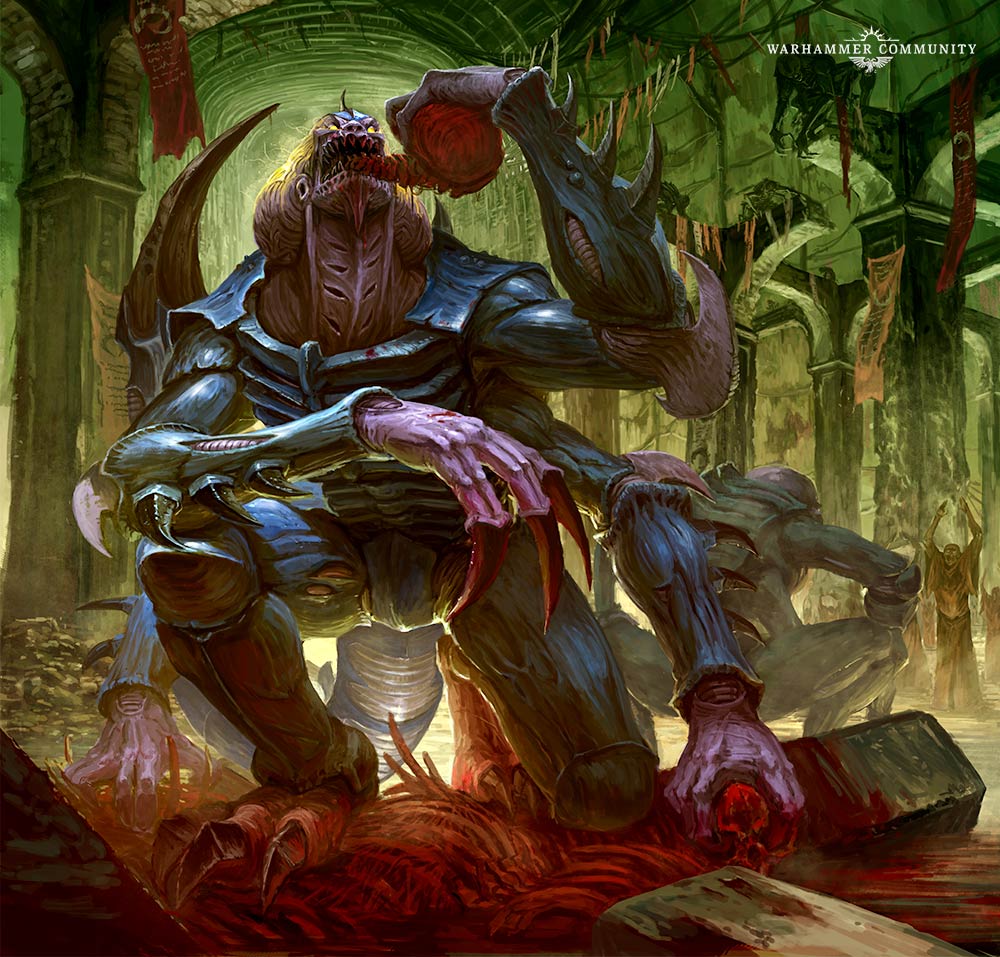 A Cult is Founded

Though only the first their kind to infect a victim will evolve into the nascent cult’s Patriarch, the Genestealers will continue to corrupt the planet’s indigenous population. The offspring of these victims are grotesque hybrids of alien biomorph and their parent host. Certain features are common, such as bulbous craniums, snarling maws, extra limbs ending in viciously sharp claws, truncated tail-spikes and mottled, purplish skin. These initial hybrids grow up to become loyal acolytes of the cult, known as the first generation.

This first wave of cultists use their innate hypnotic abilities to lure others to their cause, who join the cult and later sire young in their turn. This gives rise to a second generation, who share many of the traits of first, though are slightly more humanoid in appearance.

As the cult continues to grow in size and new bloodlines are brought into the fold, those born of the third and fourth generations exhibit increasingly fewer mutations. These hybrids are known as neophytes, and can, for the most part, pass for human. They use this to their advantage, working their way into positions of influence within the planet’s society to further the cult’s agenda. 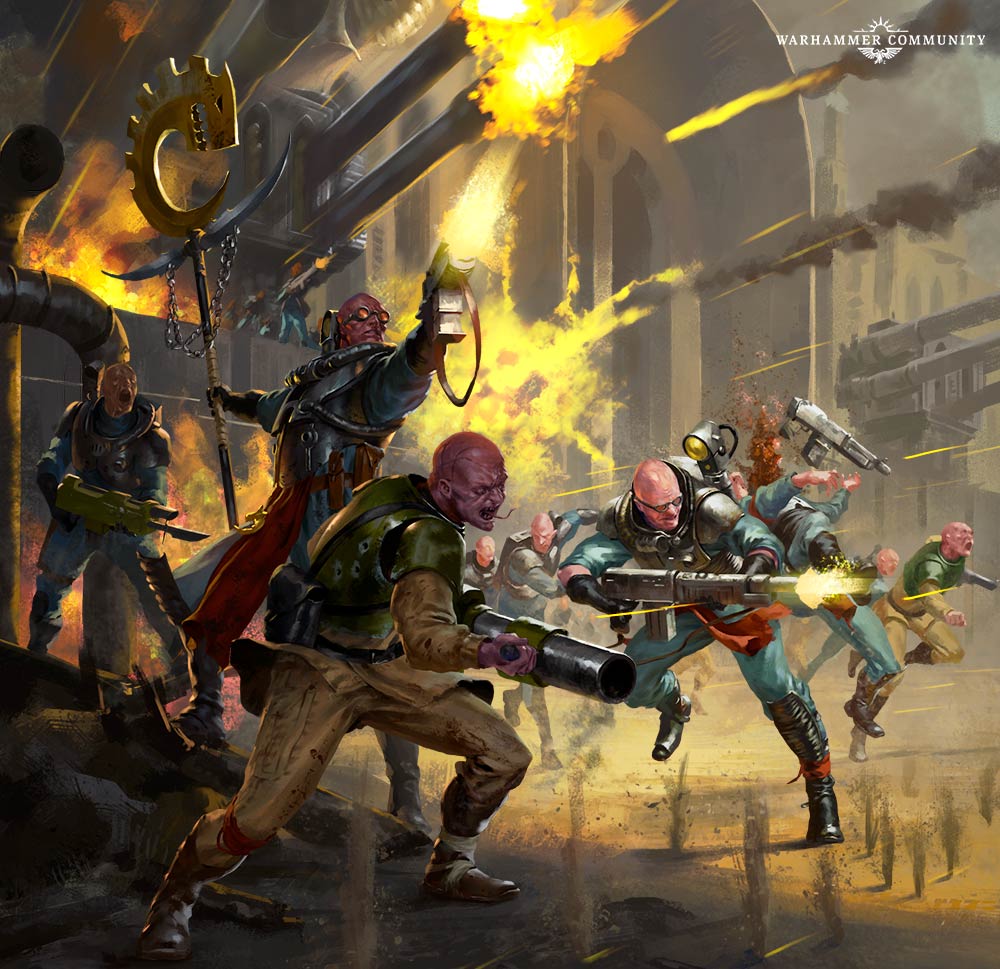 The offspring of fourth generation hybrids are Purestrain Genestealers. Having long been under the cult’s hypnotic thrall, the parents of the mewling alien infants see them as beautiful beings, and will protect them with their lives. This new wave of Genestealers will grow to reinforce the cult’s numbers by infecting further victims, or they will stow away on off-world transports seeking another planet to corrupt. 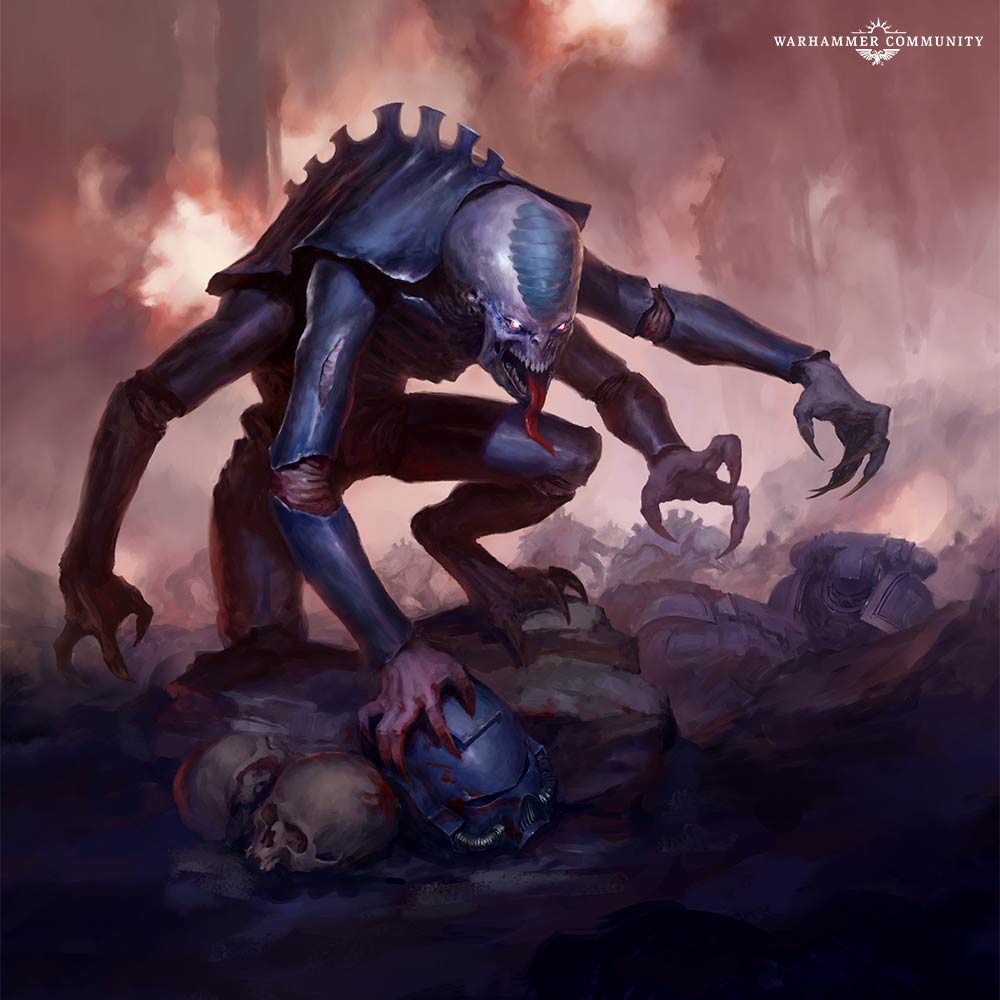 Though rare, abnormalities can occur at any stage in the brood cycle, creating hulking mutant hybrids known as Aberrants. Yet even these freakish abominations serve a purpose. Armed with power-augmented tools, Aberrants are set the task of digging tunnels and clearing out caverns to expand the cult’s hidden lairs. Other mutants such as Hybrid Metamorphs also emerge as the time for war approaches, displaying more alien mutations such as limbs that end in lashing whips or scythe blades. 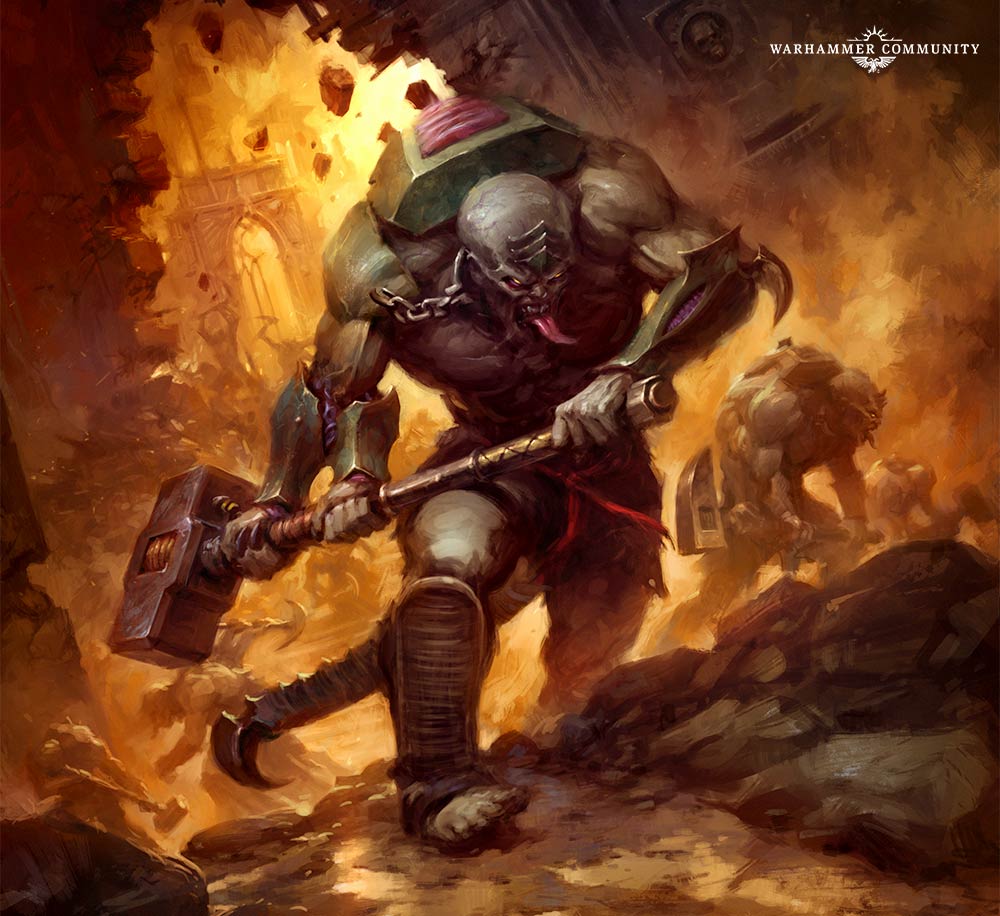 With each passing generation, a cult’s influence will continue to grow as its agents stir unrest in the unwitting population. The deeds of gunslinging Kelermorphs brazenly defying the law become folk legend, and gangs of Atalan-riding Jackals take to the streets to fight roving battles with local defence forces. With each passing day, the cult inexorably tightens its grip on the hapless planet… 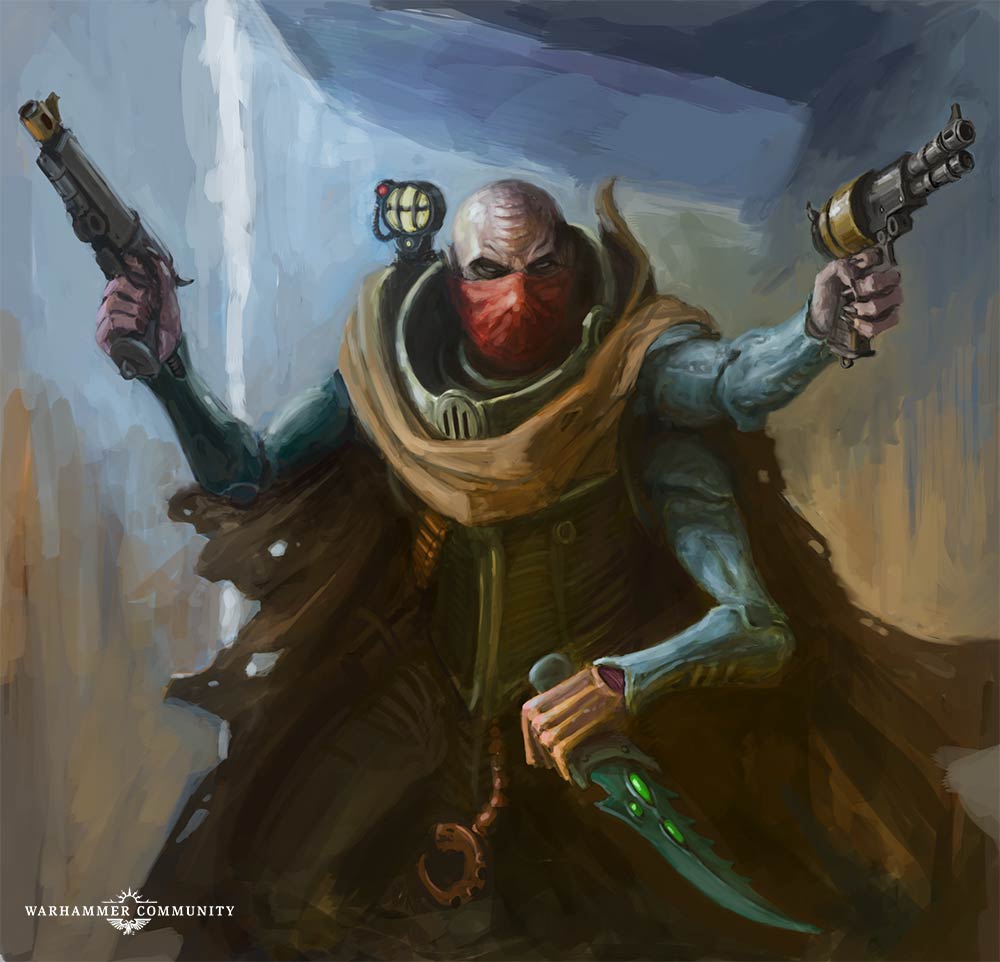 The Day of Ascension

As the cult continues to grow in power, plans will be set in motion to rise up and usurp the control of the planet. Leaders of uncanny influence will spontaneously emerge within the cult’s hierarchy – psychic agents and charismatic demagogues whose rhetoric inflames the subculture further – along with skilled military strategists to plan the coming war. Once the cult has finished its preparations, the planet is as good as doomed…

Now that you’re up to speed on the foundation and evolution of a Genestealer Cult, check out this expanded brood cycle from the new codex, featuring all the new units and characters: 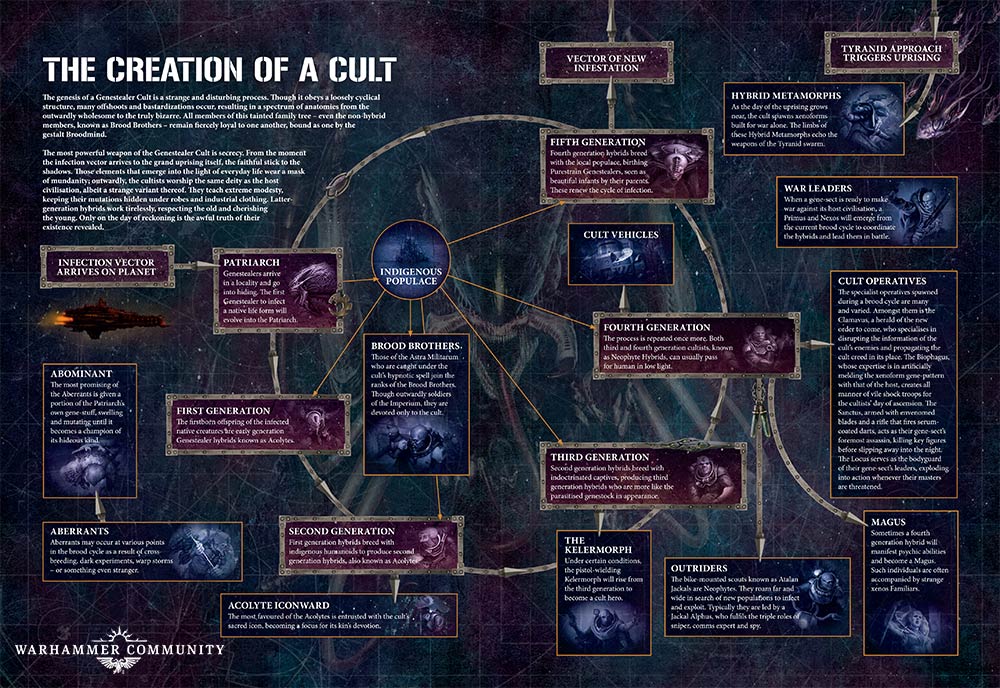 Well, you can now officially consider yourself fully up to speed on the brood cycle of the Genestealer Cults! If you want to learn more about some of the rules in the new codex, check back tomorrow. Speaking of Codex: Genestealer Cults, you can pre-order it from this weekend, along with a host of new units, characters and even terrain, so what are you waiting for?

Cruddace whispers: “Be careful what you wish for…”

Cruddace whispers: “Be careful what you wish for… “