In Battletome: Gloomspite Gitz, you’ll be able to tailor your forces with a huge host of spells and magical artefacts, offering a vast array of choice when building your army. 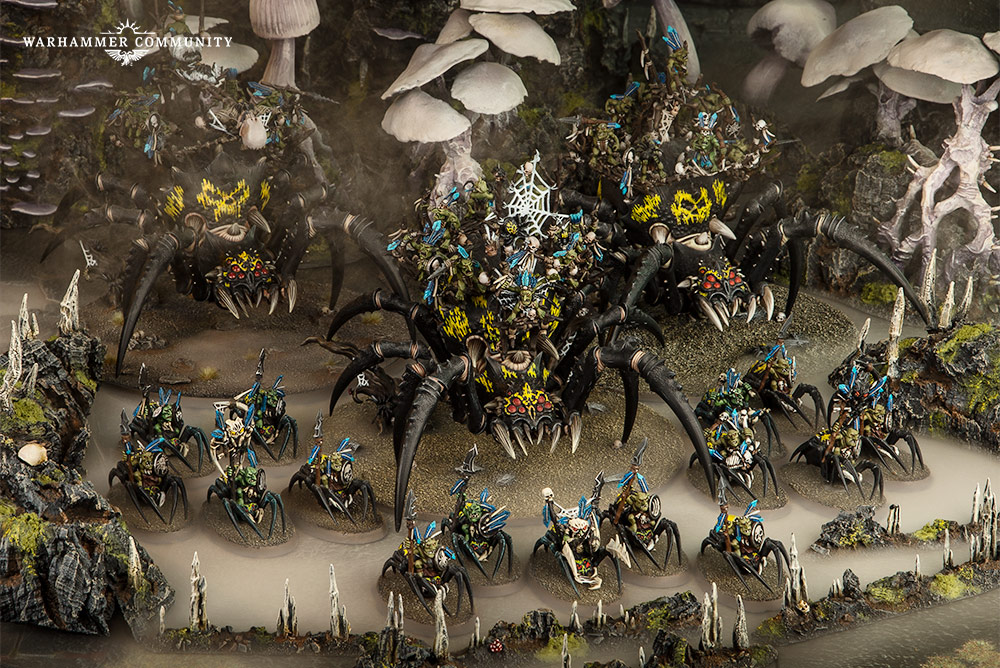 In the second part of our previews this week, we’re highlighting some nifty abilities and combos you’ll be able to try with each sub-faction… 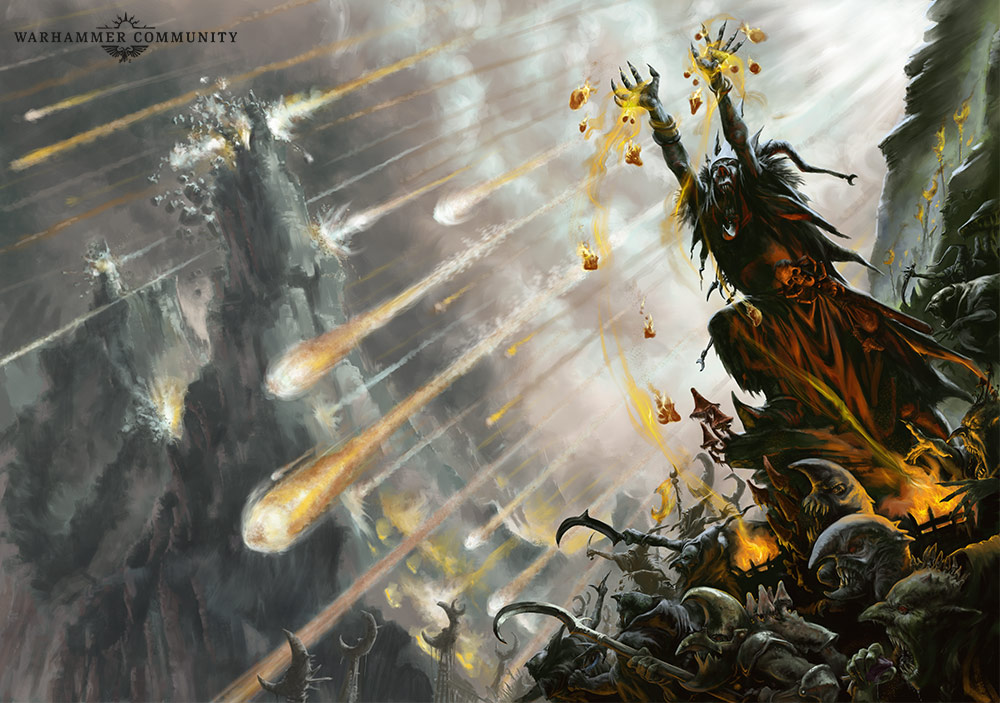 If you’re focusing your Gloomspite Gitz around the Moonclan Grots, you’ll have a ridiculous amount of choice of command traits, artefacts and magic to wield. These let you play all manner of devious tricks on your foes, like reducing their saves with the Moonface Mommet, or blasting them with the Spiteful Prodder: 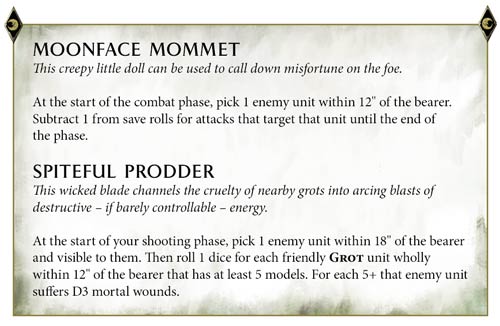 Spells, meanwhile, offer even more possibilities. The Hand of Gork is great for grabbing an objective at the last minute – or just deploying a huge herd of squigs into gnashing range: 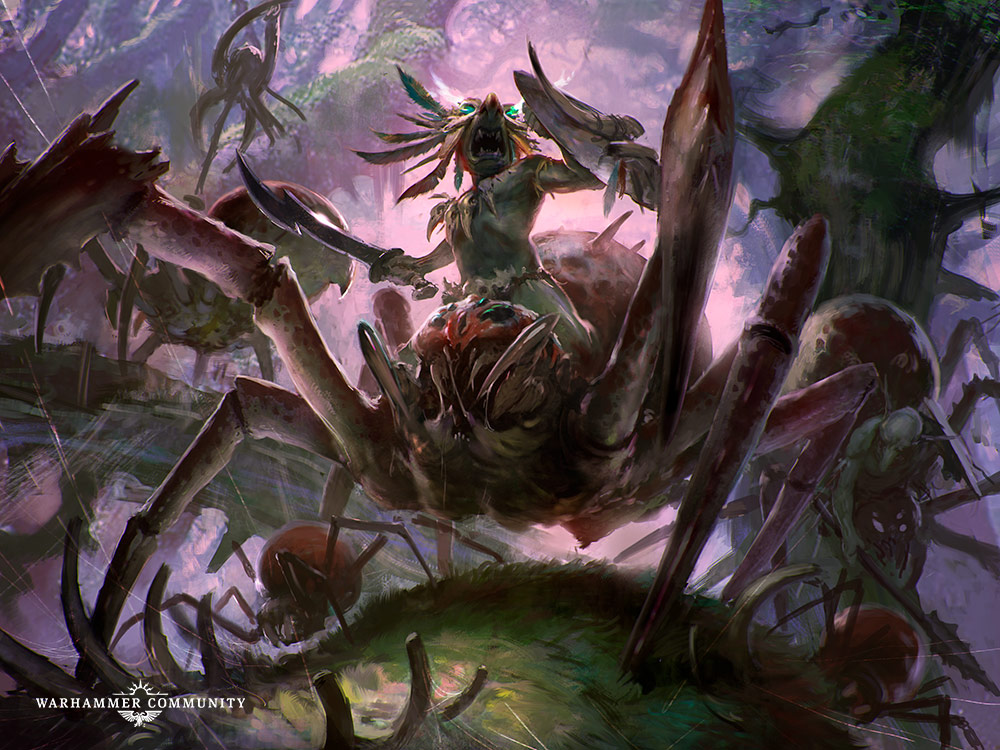 Battletome: Gloomspite Gitz is fantastic for fans of the Spiderfang Grots – if you like, you could field nothing but spider-riding units and still have a pretty awesome list. You’ll find warscroll battalions, spell lores and more for your army in the book – not to mention some deadly artefacts for enhancing your leaders.

The Headdress of Many Eyes, for example, makes your Heroes harder to hit. This is great for a Scuttleboss, and utterly fantastic for a Webspinner Shaman on Arachnarok Spider!

If you’re feeling particularly kunnin’, you could combine it with the Spiderfang Spell Sneaky Distraction to neutralise your opponent’s favourite unit by rendering them all but unable to hit: 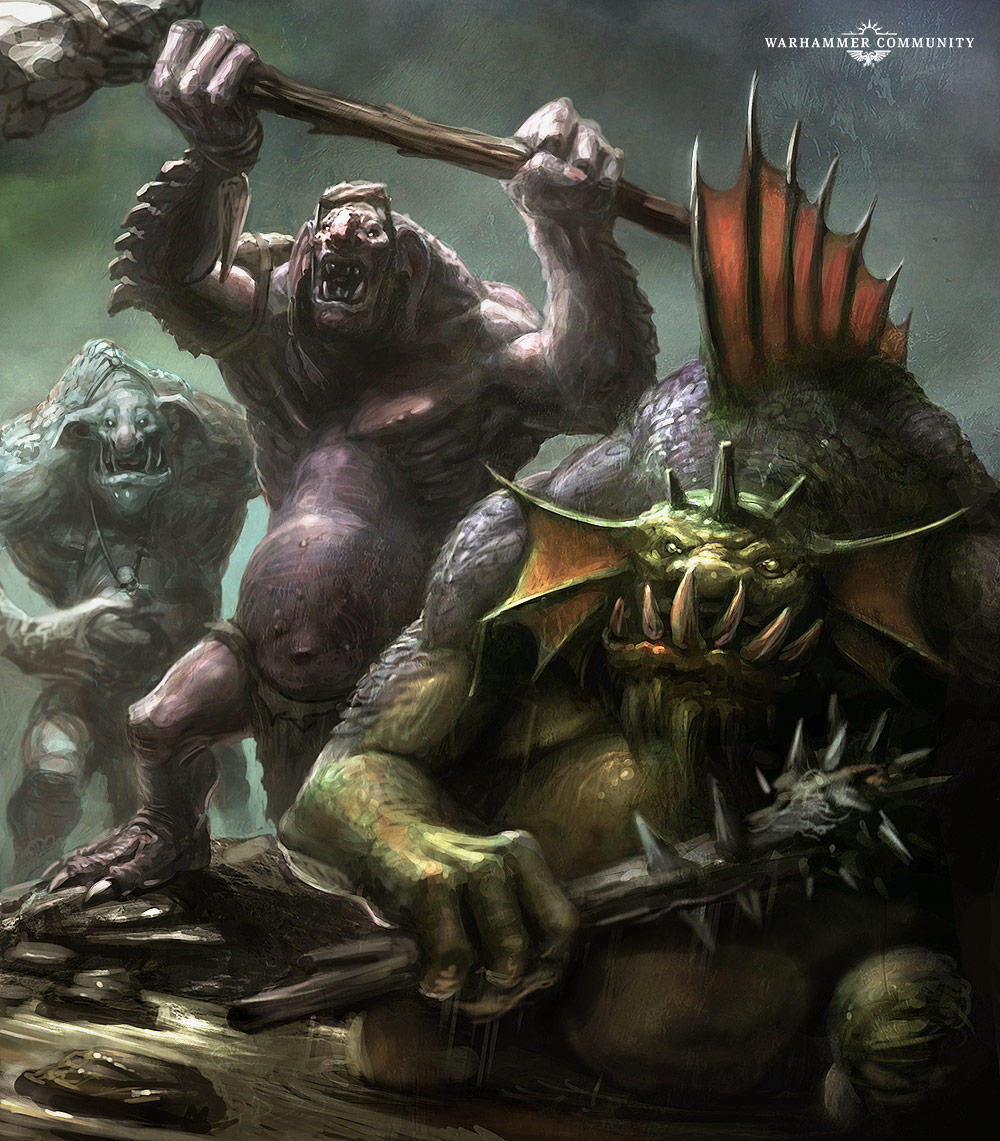 Troggoths are getting a Leader of their own in the new battletome – in fact, you can field an army of nothing but these brutes if you so fancy! While a Dankhold Troggboss is a terrifying force in his own right, you’ll be able to make him even deadlier with a set of Troggoth artefacts – or, as they’re called in the book, Glinty Gubbinz That Troggoths Found. The Glowy Howzit, for example, makes your chosen Hero terrifyingly durable – provided they don’t eat it.

You’ll be able to harness these magical spells, artefacts and command traits for yourself very soon! In the meantime, stay tuned – we’ll be previewing some more warscrolls tomorrow, while if you missed it, you should check out part one of our previews.