The Bad Moon is rising, and Destruction is coming to the Mortal Realms. With a brand-new battletome and a horde of models on the way, we’re previewing the Gloomspite Gitz in detail throughout this week – starting with a quick overview of just how they work and their main allegiance ability… 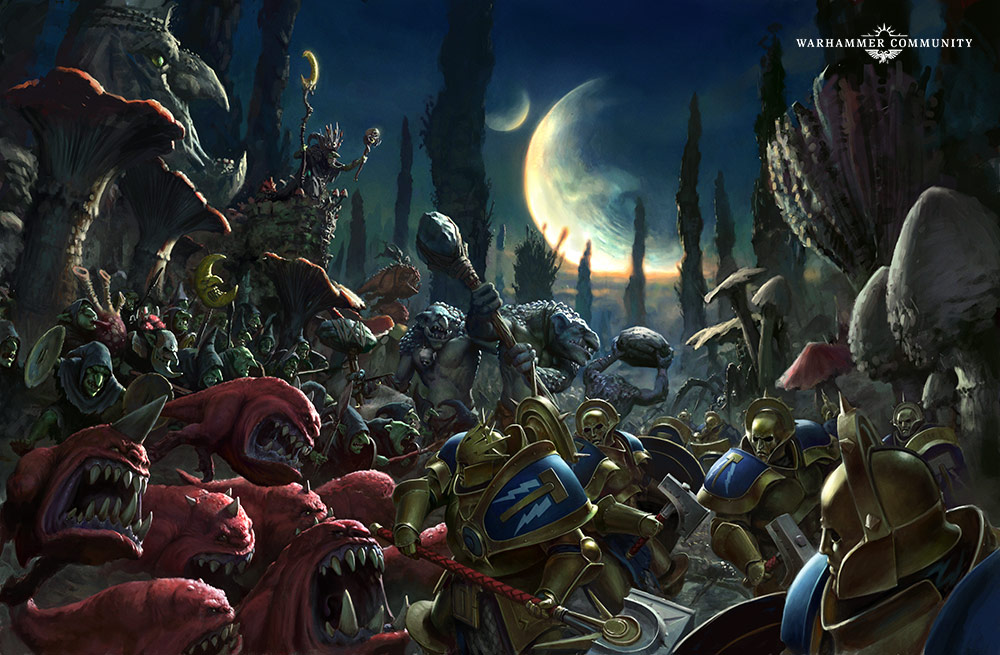 Battletome: Gloomspite Gitz combines the Moonclan Grots, Spiderfang Grots, troggoths and gargants into a single army list. Each sub-faction maintains its unique flavour and character, but you’ll be able to mix and match units from each without losing your allegiance abilities.

Gloomspite Gitz armies have a vast array of units to choose from, offering diversity of army themes and options when building your lists. You could, for example, field a traditional horde of Stabbas and Shootas, and overwhelm your foe through superiority of numbers and sneaky tricks. On the other hand, you could go for a pack of troggoths with only a handful of powerful models, or a mounted force of Spiderfang Grots – or a mix of all the above! 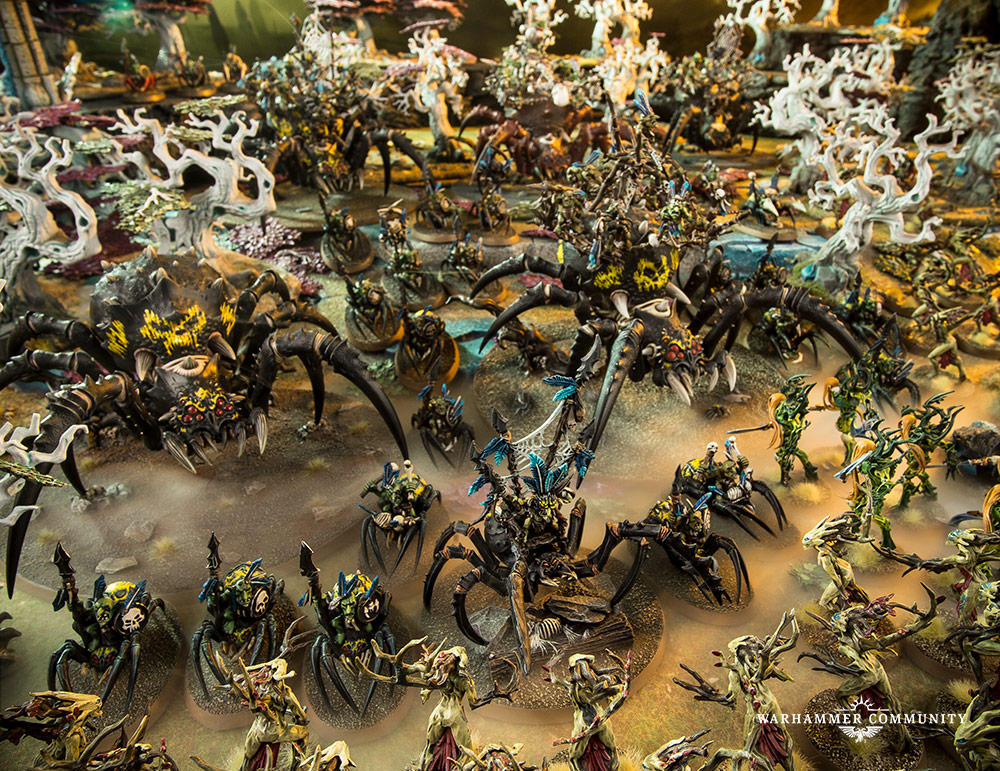 And yes, if you like, you can field an army of squigs – led by a Mangler Squig-mounted Grot Warboss. It’s as awesome as it sounds. 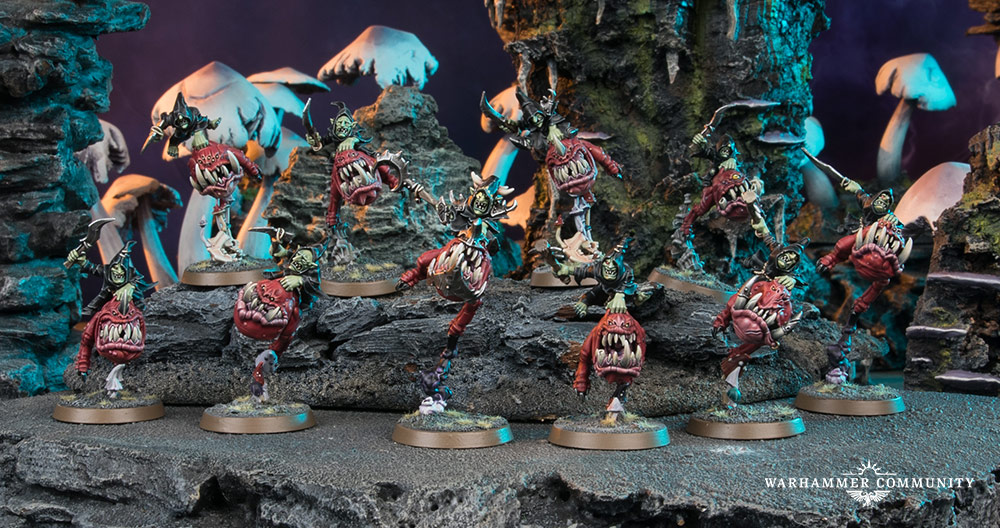 Gloomspite Gitz units are incredibly varied. Moonclan Grots excel at slowing enemies down and using nifty abilities, Spiderfang Grots have a great mortal wound output, troggoths are a brutal and durable hammer, while squig units are incredibly mobile and hit hard. Generally speaking, you’ll be using your infantry to hold objectives while your more powerful units take the fight to the enemy – preferably while benefiting from the effects of… 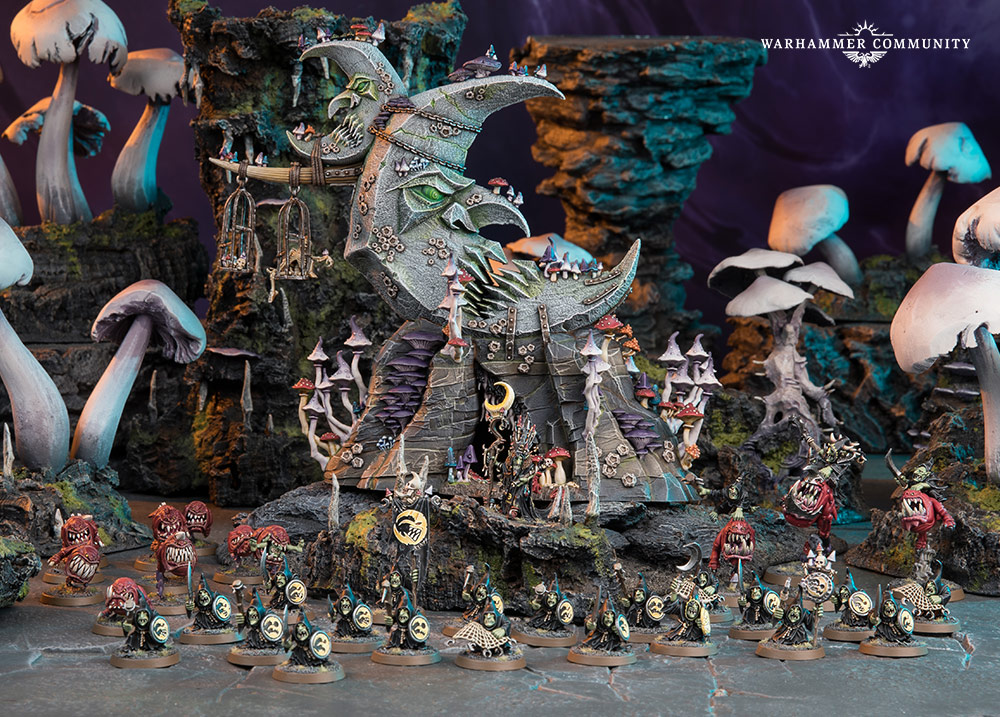 The Gloomspite Gitz prefer to attack underneath the maddening light of the Bad Moon, offering them strange abilities and spreading madness to their foes. In-game, this is represented by a powerful new allegiance ability. 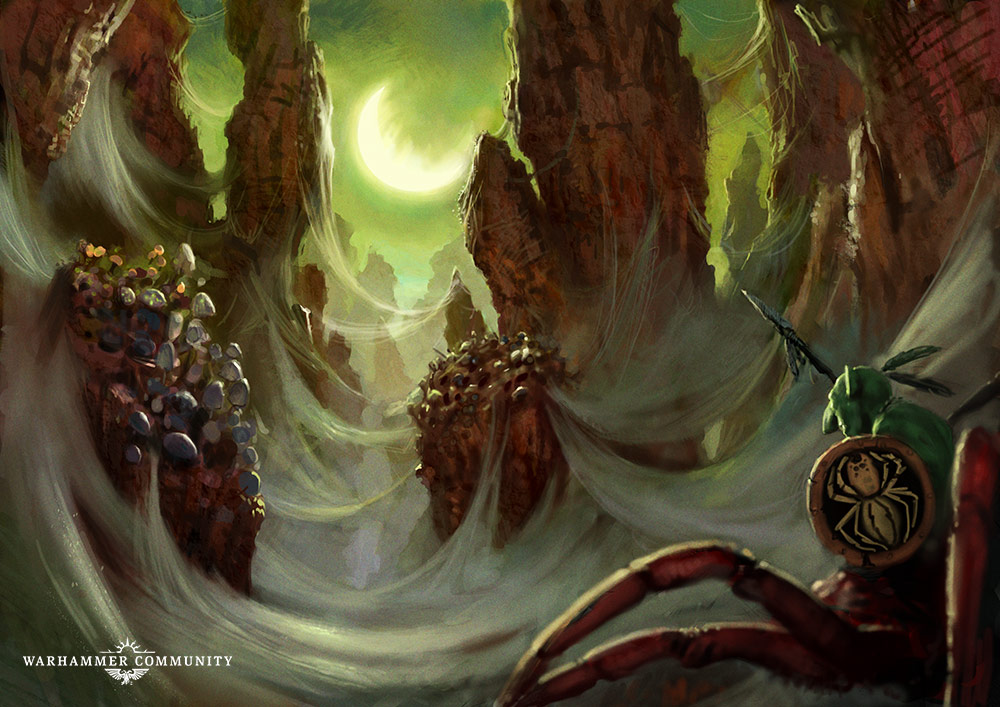 At the start of the game, you’ll pick a corner of the board for the Bad Moon to start in. Starting from the second battle round, it’ll begin to move from one corner to another – offering enhancements to Gloomspite Gitz units that are wholly within the board segment it’s currently shining on.

With good positioning (and a little luck!), your units will punch well above their weight, allowing you to tip the odds in your favour with kunnin’ play.

Allegiance abilities aren’t the only exciting features of Battletome: Gloomspite Gitz – check back for our preview tomorrow, when we’ll be looking at artefacts, spell disciplines and customising your heroes…