Next week, Wrath and Rapture tears it’s way into realspace – here’s what you’ll find in the box…

Wrath and Rapture is a new battlebox that pits the forces of Khorne against the hosts of Slaanesh in brutal interdimensional combat. Compatible with both Warhammer 40,000 and Warhammer Age of Sigmar, it’s a must-have for all fans of the ruinous powers.

This boxed set features no fewer than four totally new kits, including a much anticipated (and magnificent) revamp of the Fiends of Slaanesh and Flesh Hounds of Khorne. Both these units have full, multipart sprues letting you customise them to your heart’s content, and both are (for now) exclusive to Wrath and Rapture. 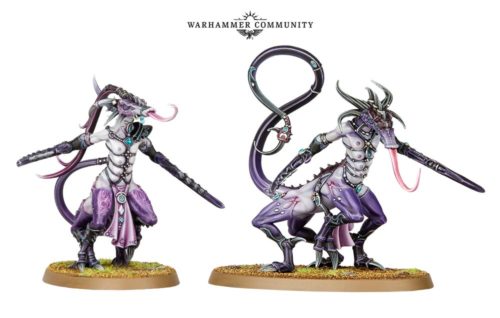 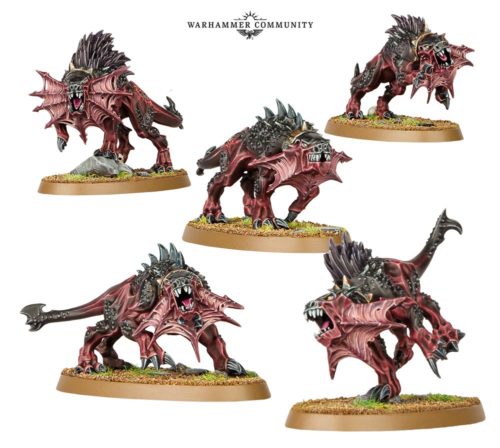 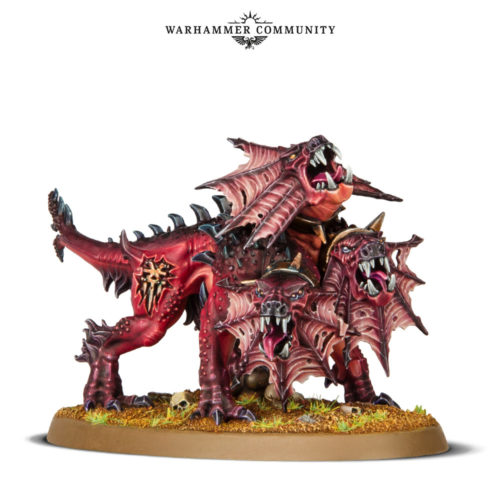 Leading both forces, meanwhile, are two new Daemonic character models – Karanak, the notorious Hound of Vengeance and hunter of wizards, as well as the Infernal Enrapturess – a new kind of Slaaneshi herald who bolsters summoning and shreds enemy units with sonic waves. 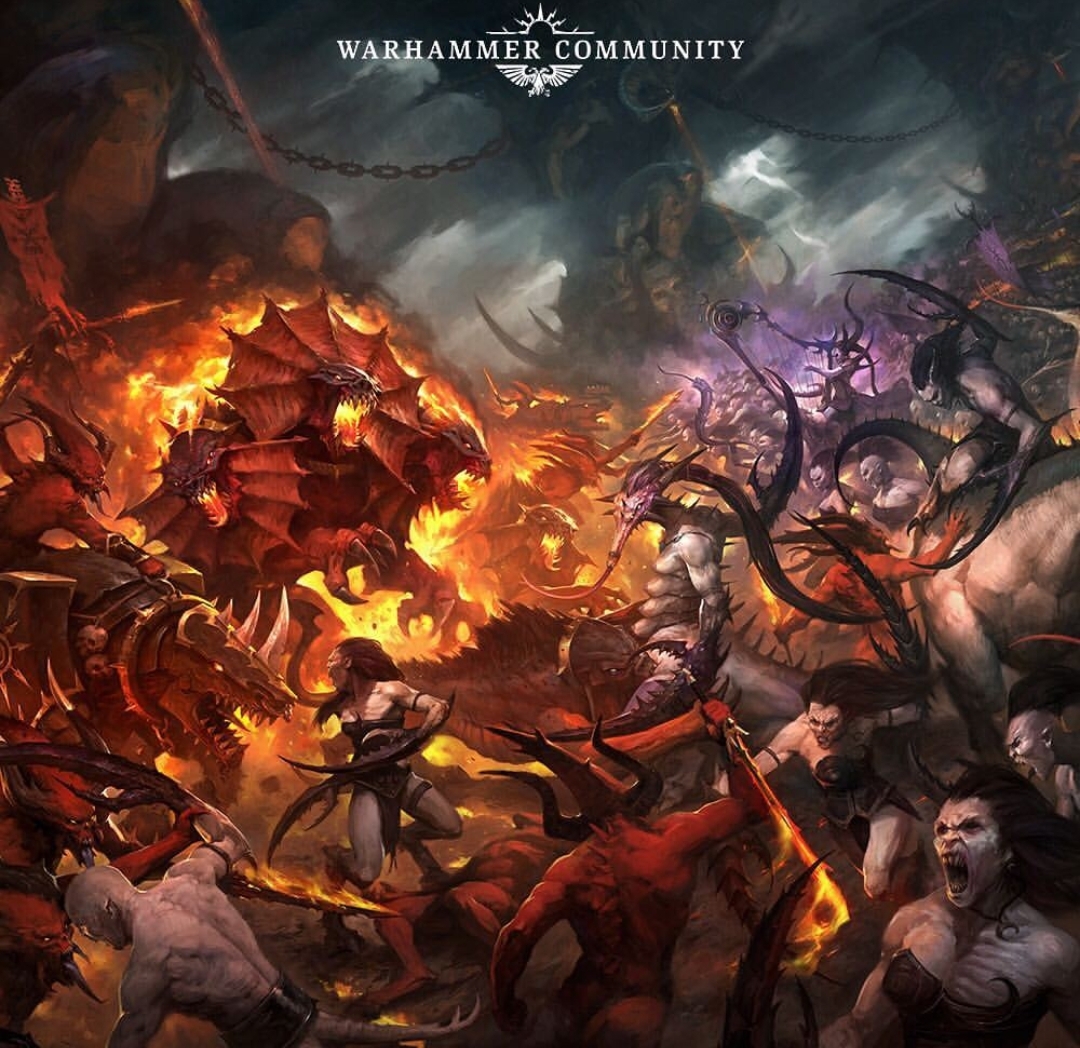 You’ll find rules for these models – and the rest of the stuff in the set – across the booklets included in the set. These detail the lore of the Realm of Chaos, giving hints as to the nature of this mysterious dimension and offering insights into the endless machinations of the Dark Gods.

These books are a real treasure trove and include some great tools for roleplayers and narrative fans, like a pair of naming tables for Daemons – including their multi-syllabic true names. You think this is just a Flesh Hound? This is Cankerspite, also known as Oehleeig’gaeaekw (or Olly, to his mates). 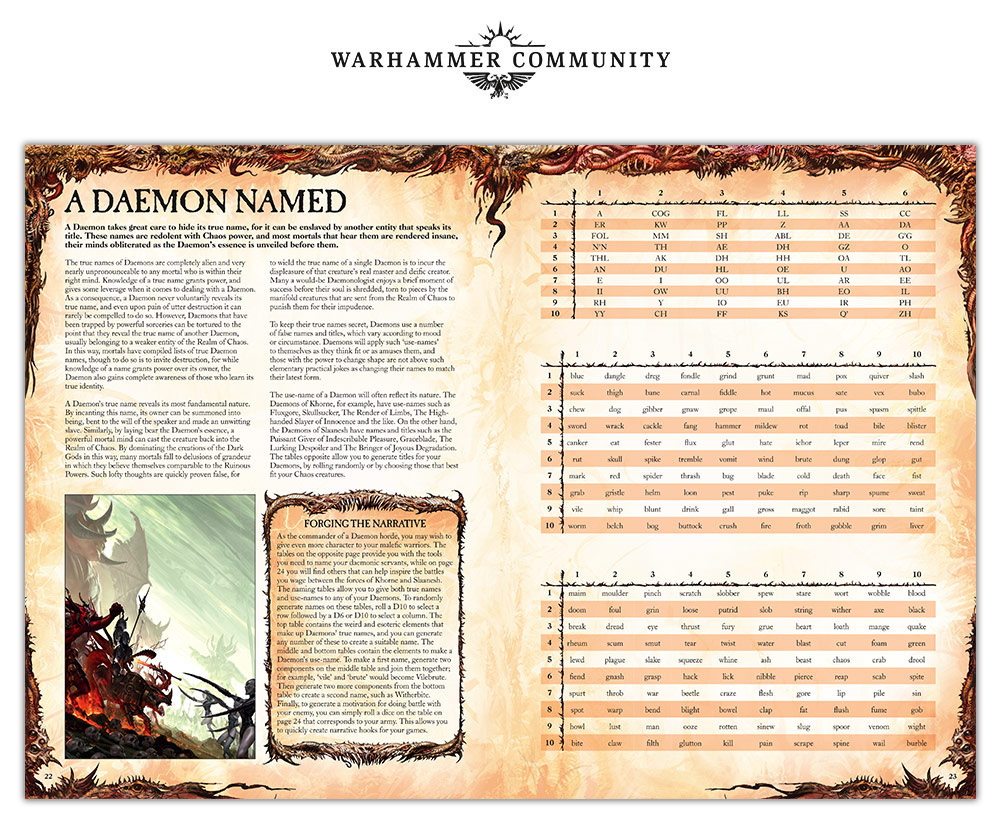 Wrath and Rapture is a cracking boxed set for Warhammer 40,000 players – as both armies inside are Daemons, you’ll be able to use them both in the same force! For Warhammer Age of Sigmar players, meanwhile, you’ll be able to slot both forces neatly into your Hosts of Slaanesh or Blades of Khorne army. You’ll save a considerable chunk of cash compared to getting the sets inside separately, too!

Let us know what you’re looking forward to most on the Warhammer 40,000 and Warhammer Age of Sigmar Facebook pages, and stay tuned for more news and previews right here…