Vigilus Defiant is almost upon us – in fact, it’s up for pre-order on Saturday! We’ve learned a lot about the war-torn history of the sentinel world of late (there are even free short stories to read – check out the Vigilus page), so this week, we’re taking a closer look at some of the cool rules that can be found within the action-packed campaign book.

Today, we’re sizing up two mighty commanders leading as the age-old conflict between Heretic and Adeptus Astartes breaks out once more in this fiercely-contested war zone.

First up, let’s look at the at…

Also known as the Herald of the Apocalypse and the Proclamator of Abaddon’s Reign, it’s fair to say that this guy enjoys the favour of the Warmaster. Yet such lofty esteem is not easily won. Haarken Worldclaimer is far more than a mere herald – he’s a greatly feared Chaos Lord of the Black Legion in his own right. He knows well the power of fear and wields it as a weapon in his conquests. Upon making planetfall, he drives his cursed spear into the ground of each new world he claims in the name of the Abaddon – a simple but symbolic act that has portended the doom of countless Imperial planets. 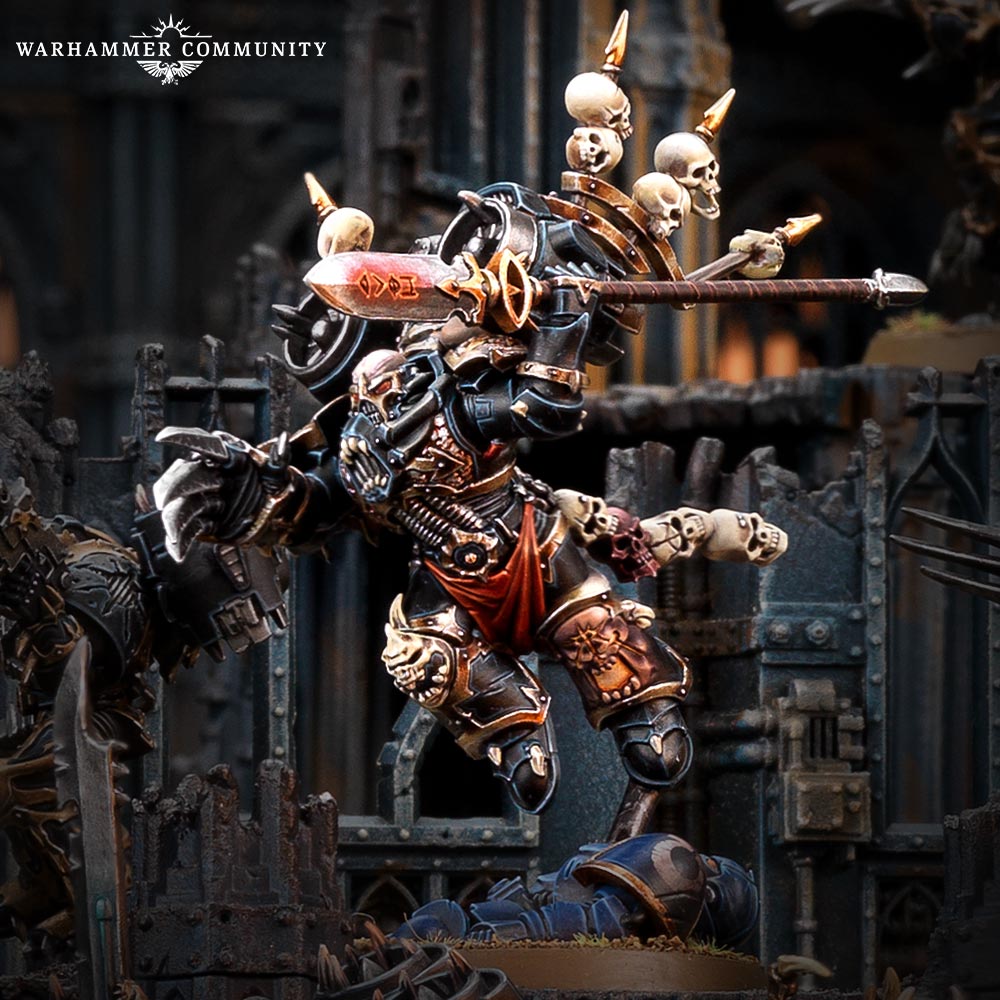 On the battlefield, Haarken Worldclaimer is a formidable adversary. As a Chaos Lord, he boasts an enviable profile and is protected by a Sigil of Corruption, granting him a 4+ invulnerable save.

Every bit the vanguard commander, Haarken Worldclaimer is often found leading swift and brutal speartip strikes alongside packs of ferocious Raptors. His jump pack and Raptor Strike ability not only enable him to lead these lightning attacks in person but, as Lord of the Raptors, he inspires friendly Raptors within 6″, enabling them to tear through their prey in short order. What’s more, this ability applies to all Raptors, not just those of the Black Legion, so he makes for a useful ally if you favour using them.

Haarken Worldclaimer has two further abilities that represent his role as Abaddon’s harbinger and executioner. First up, his Herald of the Apocalypse ability reduces the Leadership of enemy units within a massive 18″ radius – an intimidating prospect for all but the most stoic enemies – and he grows in ferocity for each worthy life he claims:

What’s more, he can slaughter prey with his lightning claw or skewer foes at a distance by hurling his warp-tainted Helspear:

There can be no doubt – Haarken Worldclaimer is a bit of a menace! But what about the commander of Vigilus’ embattled defenders?

This mighty champion of Humanity surely needs no introduction, for he is known throughout the Imperium and his deeds are legion: 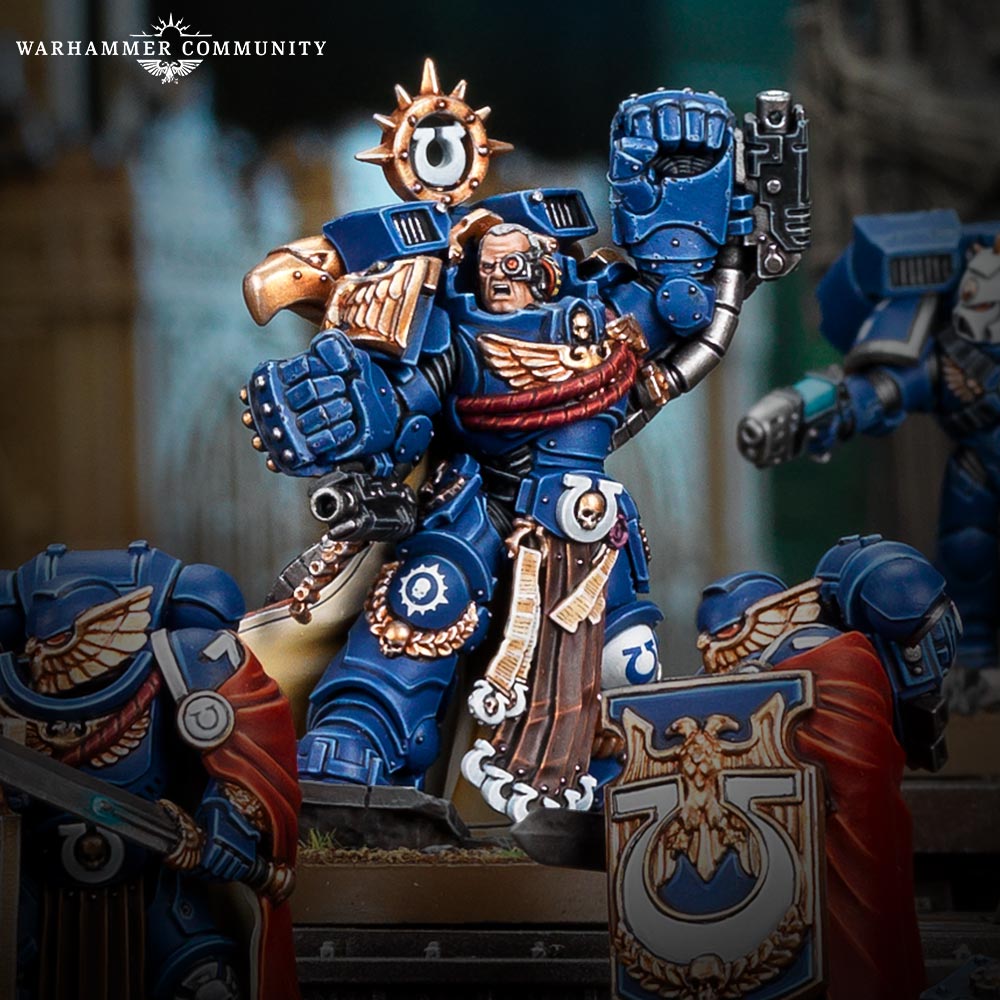 He is the Lord Macragge, Chapter Master of the Ultramarines… and now he is Primaris! Marneus Calgar’s rebirth has not only led to an incredible new miniature, but an impressively beefed-up set of rules. Seriously, his profile alone is almost Primarch-worthy:

Marneus Calgar now wears the Armour of Heraclus – a custom suit of Mk X Gravis armour that allows him to move unencumbered, provides him with a 4+ invulnerable save and halves any damage he suffers! And, of course, he would never leave Macragge without his trusty Gauntlets of Ultramar. Calgar’s iconic twin power fists remain as brutally powerful as they’ve always been, but when combined with his augmented profile, he’ll be able to tear a battle tank apart in a single round of combat!

Of course, Marneus Calgar also makes for a fantastic choice of Warlord. Not only will this net you a couple of bonus Command Points from his Master Tactician ability, but his Adept of the Codex Warlord Trait will enable you to replenish your store of Command Points even as you spend them:

As if he wasn’t already awesome enough, Marneus Calgar also has the powerful Chapter Master aura ability, which inspires nearby Ultramarines to fight even harder:

Marneus Calgar and his world-claiming adversary are up for pre-order this weekend, along with the glorious Vigilus Defiant campaign book in which you’ll find their full rules. The question is, will you fight for Chaos, the Imperium, or one of the many other warring factions on Vigilus? proclaim your allegiance on our Warhammer 40,000 Facebook page and ready yourselves for war!