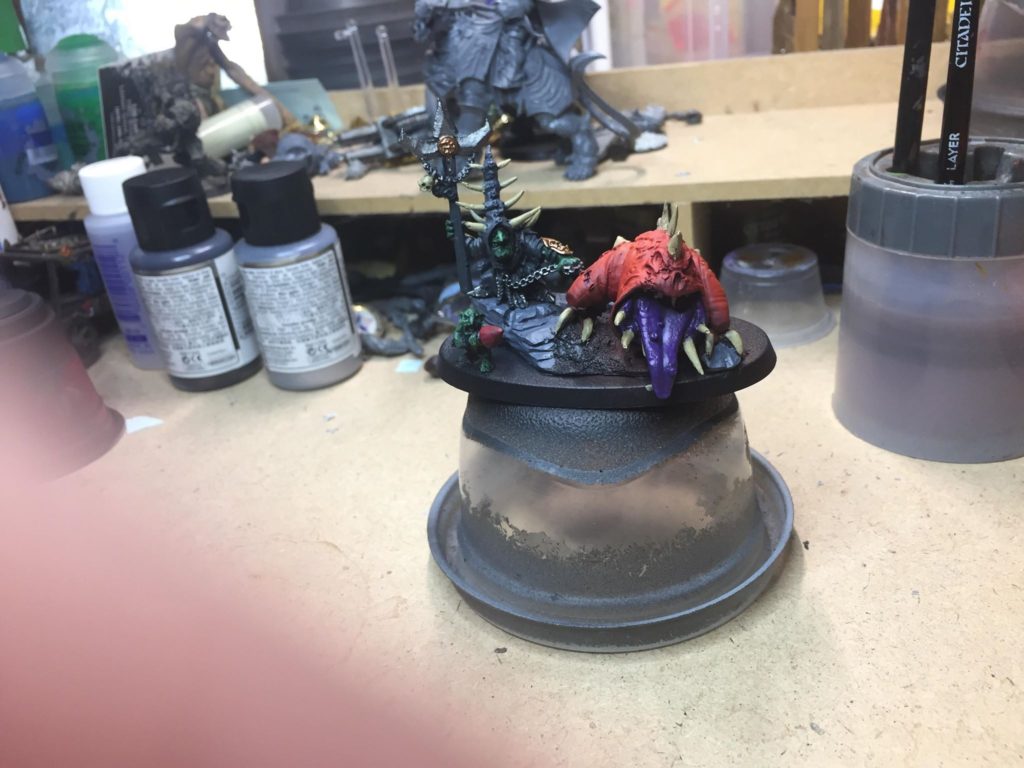 Warboss Scott is back with an update on his growing Grot Horde from our Age of Sigmar learning league!

“Sure dis iz the place,” asked Vozdaal as they approached the gate of a huge timber wall.  On the parapets, guards paced around not seeing the pair.

“Am not, ‘e’s drunk disappointment, that one iz.  Hiding in a cave just cause ‘e lost a fight or two,” Vozdaal trusted his Pokin’ spear at the figure.  Blue-green energy crackled from the point and blew the mouthy figure off the wall.

Another guard called out, “Shoot dat git.”  Arrows struck the ground around the two with one piercing Wrac’s cap.

“Warboss?”  the figure called in surprise, “Don’t zap me.”

“What about my cap”—

“No, d’ayr not,” a huge greenskin boss came out from the gate.  “You runty speck, d’ayr my grots!” He brandished a huge ax, threating the grot boss.

“Bite’a,” Vozdaal dropped the chain, “Get ‘im.”  The giant squig jumped forward at the orruk. As the orruk’s eyes turned to Bite’a, Vosdaal hurled a blue-green bolt at the orruk.  Twitching from the bolt halted the orruk from reacting to the squig. “Can we go now?” asked the Warboss as the screaming sound of Bite’a’s meal could be heard amongst grots falling into line.  “Where is Zuvasb?”

“Me and Wrac will see about dat.  You meet up wit da Fangs at the Squign’ Cave.”

“Yes, Warboss.” Could be heard from the gathering grots. 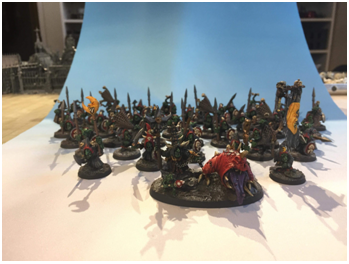 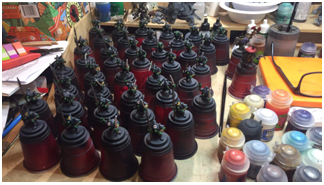 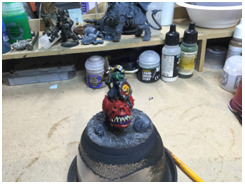 After a few long nights, the first installment is done.  I finished 40 Moonclan Grots and my Grot Warboss. That gives me 360 points.  We needed 225+ points done in the first stage.

Now on my table, there are a few heroes and another 40 more Moonclan Grots, 20 spears and 20 bows.  These should be done by our next goal. We need 450+ points painted for stage 2, if I finish my plan I’ll have 770 points painted.  We also start playing small (500 point) games in stage 3.

My 500 point lists will consist of a Moonclan Grot Boss, One Moonclan Grot Shaman, 40 Moonclan grots (as 20 bowmen and 20 Pokin’ spears, or 40 with Pokin’ spears, with nets of course, -1 to hit is too good to pass up) and 5 squigs if I can get them painted in time.  Otherwise, I’ll use the 60 unused points to get a command point and a triumph.

Having the 5 units will help with scoring objectives, but grots at 20 models are much easier to remove, and are unlikely to retain their bonus to wound.  At 4 units, or 3 if I don’t finish the squigs, I have fewer units to score with. However, the 40 Moonclan grots are much tougher to remove and will have +2 to wound rolls.  I’m still wrestling over which realm for them to come from. Story-wise Ulgu, the Realm of Shadow sounds cool and the doppelganger cloak sounds like a good item to keep my boss alive.  There are so many great choices

That’s it from the Caves of the Moonclan grots.  These grots won’t paint themselves and this is only half of the base troops I plan on painting done.  My final goal is 2 max sized units of grots and 2 minimum sized units of grots with bows. Then finishing 10 squig hoppers, 20 Squigs, and 10 herders.  That’s it for now, cheers. 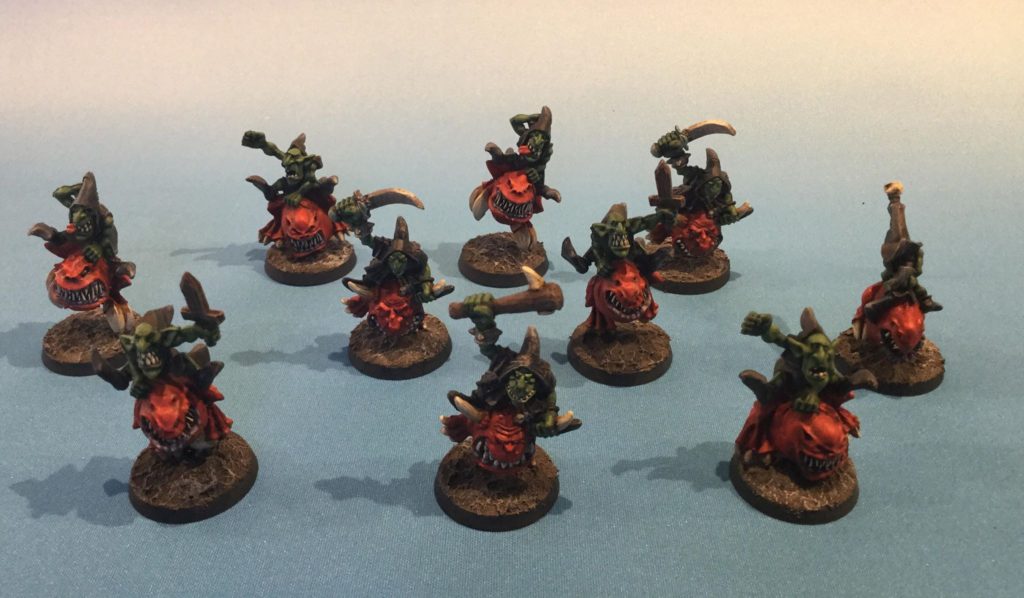 Posted on November 23, 2018 by Reecius in Age of Sigmar, Hobby Blog, Painting

It’s 106 miles to Hammerhal. We’z got a full keg ov fungus beer, ‘arf a pack ov squig sticks, it’s dark out, and we’z got eye-shadez on.