Last week I discussed the outcome of the So Cal Open and my view that the FAQ nerf was sufficient to return the meta, more or less, back to a pre-Knights time where Imperial lists now use Castellans in place of Shadowswords but otherwise not much has changed from the pre-June meta of most of 8th. Castellan > Shadowsword but with the FAQ nerf Knight primary lists are just mid-tier gatekeeper armies now at best. Plenty of people disagreed but I read nothing to compel me to change my mind on the matter. Moving on from that the So Cal Open results are now in the ITC scores and so our top 10 looks significantly different heading into the home stretch! 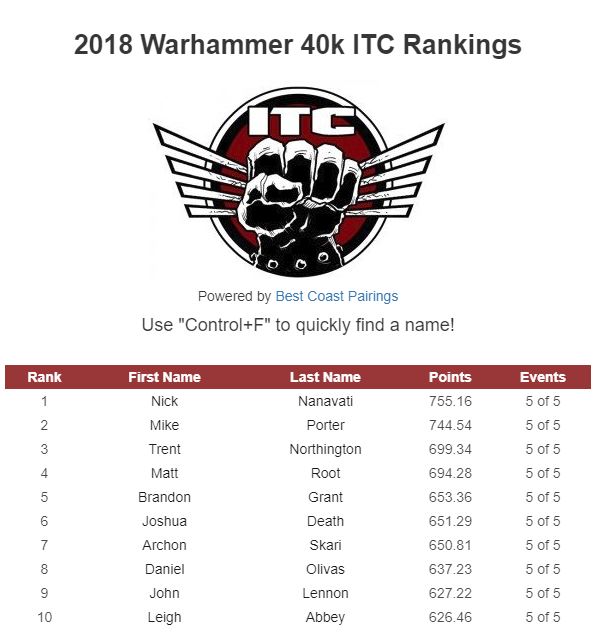 You should note a few things right away. Geoff Robinson dropped out of the top 10 and Brandon Grant jumped to 5th place! Brandon was running a list that proves my earlier point to a certain extent. He was doing great early on this year with an Astramilitarum list featuring Shadowsword, now he took out the Shadowsword and slotted in the Castellan. Then he won the So Cal Open! So Cal Open was worth quite a few points so it’s not a surprise that winning an event that large could catapult him from sub top ten into the top ten. Brandon is an excellent player who I have had the privilege of playing on several occasions, I successfully dodged him at the BAO and the couple small events we played at together this year! If you’ve followed the comings and goings in the ITC, or just plain competitive 40k the last 3 years his name is going to be well known to you.  Discussing Knights, I realized I hadn’t put the Knight faction leaders up in a long time. The names are markedly different from the last time I put them in this article, which was just after the codex had dropped and no one had started to do well with them yet. 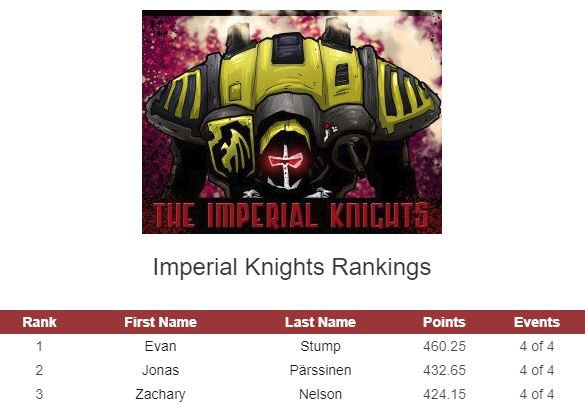 Another name is missing from the top 10 for the first time in a while. Nick Rose took a slight tumble out of the top 10 this past week but a strong showing at the Las Vegas Open could see him back in the running, or winning it all, with no problem. Nick, like Geoff, are threats as long as they’re near the top. So while they may have dropped out of the top 10 I wouldn’t count them out yet! The big things to look for going forward though are still Orks and Chapter approved. 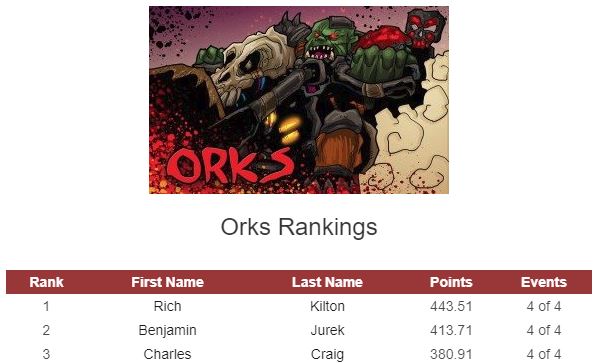 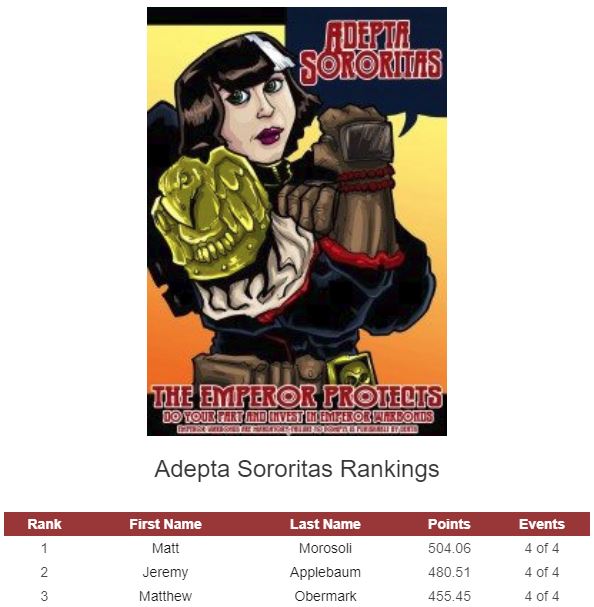 Might we have a situation headed into the second weekend in February in Las Vegas where two faction winners could be fully in play to multiple people in the field with new codices? It is certainly conceivable that even players who pick the armies up could have time to log some strong showings at local RTs and local GTs and ride a stellar LVO performance all the way to the best of faction prize for Adepta Sororitas and Orks. It’s going to be a crazy final stretch, and I can’t wait to cover it here for you, and then to head judge the final event of the season at LVO again this year!

As always let me know what you thought, I am really busy at work this week and next so there won’t be an article next week.