This is Dolch again, your correspondent on all things Blood Bowl from Games Workshop. Specialist Games have been busy; so this time we are looking at a few of the newest things to hit the pitch!

Last month, they announced a bit of support for the Dark Elf teams.

We’ll start with Star Player, Roxanna Darknail.  A hard-hitting, Witch Elf who’s longevity in the league is the fodder for rumors… er, legends.  One of the things I love is this model can be posed either with the ball or without, as some Blood Bowl traditionalists prefer that only throwers are modeled with balls in their hands.

Next up is something for all of those who like their sideline action with a dash of psycho.

In addition to their pompoms, these beauties cheer on their team with daggers and a freshly extracted heart and the head of a fan who made the mistake of sitting in the wrong section! With these ladies on the sidelines to ‘encourage’ participation, the crowd more likely to positively affect the game.

Speaking of cheerleaders, the Elven Union gets a little help on the sidelines as well! 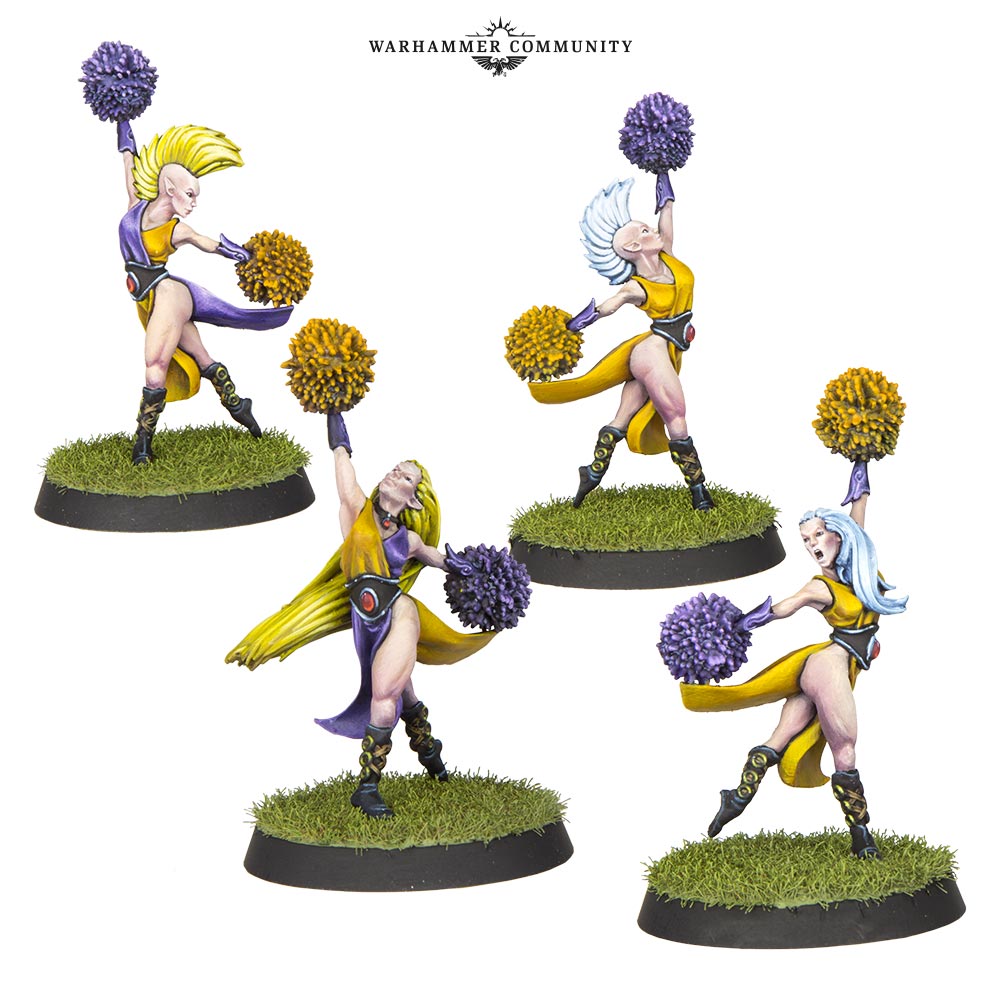 While not likely to be as bloodthirsty as their dark elf kin, these ladies can sway the crowd in any direction they choose.  These cheerleaders would be fit for any Elven Team… or as an after-game snack for many other teams.

Also announced is a pair of Star Players for the Elven Union, Wood Elf or High Elf team. 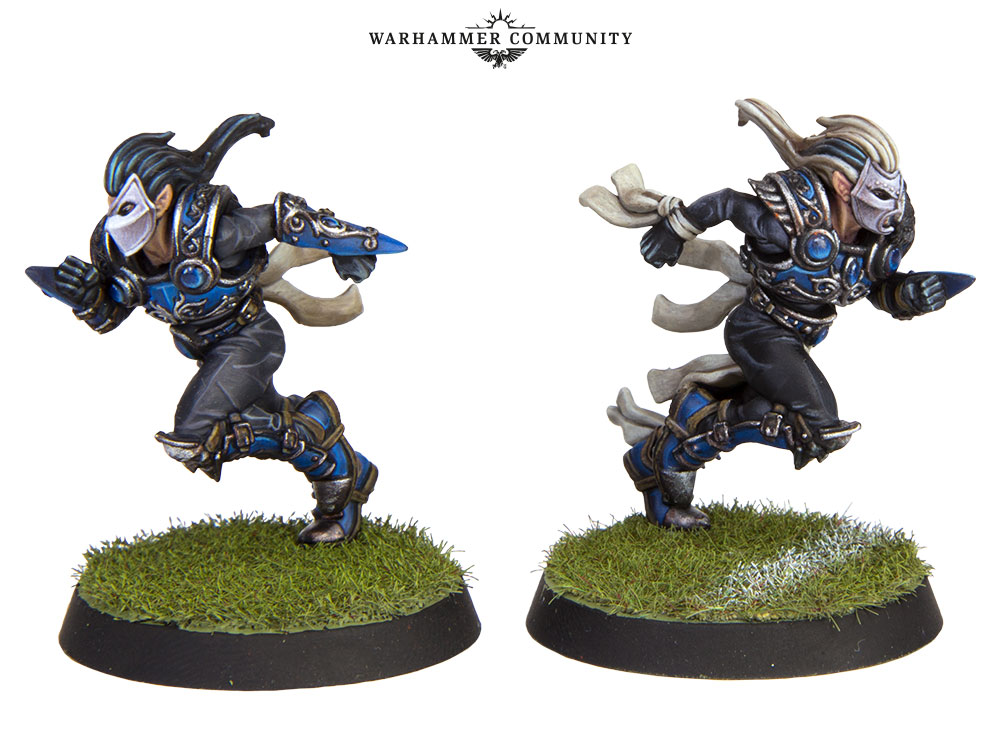 The Swift Twins are hired as a pair… one is an amazing Thrower, and the other a renowned Blitzer. They work great together, but should one of them end up in the KO or Dead box watch out! Their brother will be out for revenge!

All of the models above are available now from Forgeworld!

At the most recent SPIEL (imagine GenCon, but in Germany) GW Prime released news on their newest plastic team for Blood Bowl.  Death finally gets some attention. 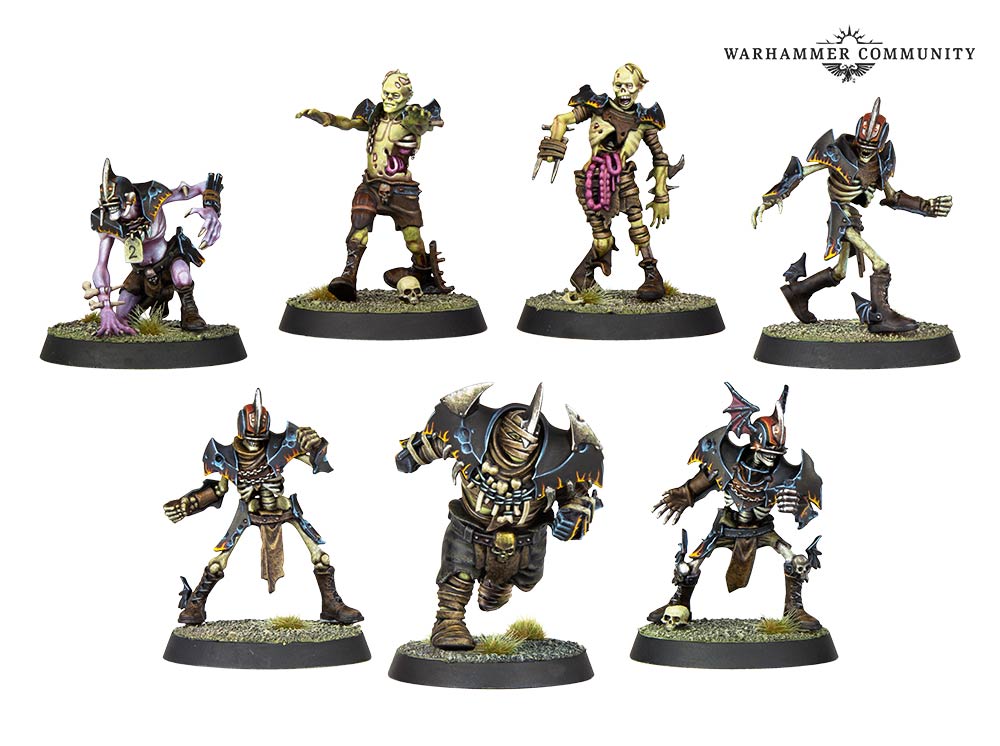 The Champions of Death have joined the pitch.

I’ve been waiting for a fully-fleshed Death team for a long time… no, wait… that didn’t come out right.

One of the most unique things about the Shambling Dead is that they have two different types of linemen… Skeletons and Zombie. The other is that once per game, you can recruit a zombie player from your opponents kill box!  Talk about recycling!

What we see in the box (from top left to bottom right) is a Ghoul Runner, a pair of Zombies, and a Skeleton lineman.  On the bottom, we have another Skeleton Lineman, a Mummy, and a Wight Blitzer (basically, a skilled/armored skeleton). This is just half of the sprues in the box.  The box does leave the team wanting in terms of a third or fourth Ghoul Runner and only a single pose model to fill that gap.  This is somewhat disappointing.

Watching the accompanying video doesn’t really clarify things as there appear to be two copies of the Mummy floating around the field (er.. More like standing… and moving… very slowly), and leaves us with a single question.  Who else is thrilled with the idea of a Michael Jackson inspired cheerleading squad? 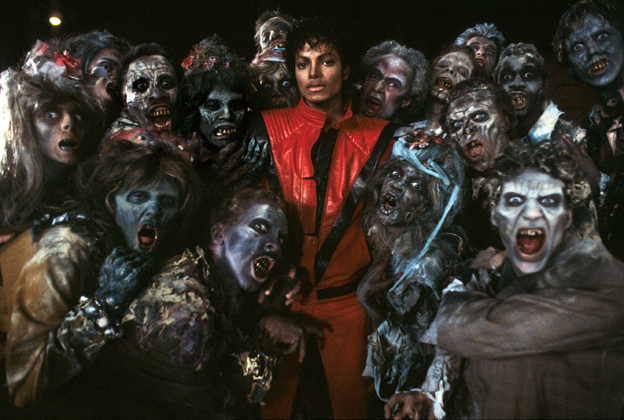