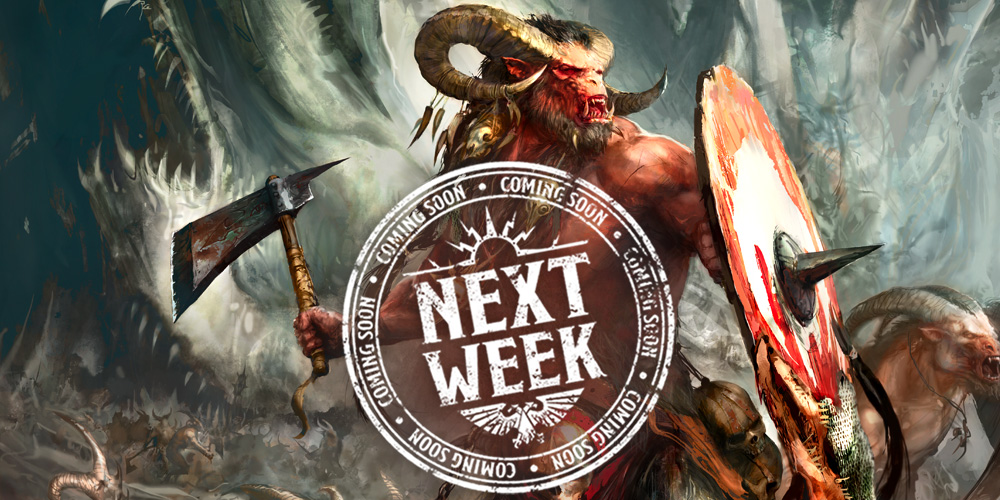 Next week, the Beasts of Chaos make their return to Warhammer, reunified as a single allegiance once more! Here’s what you’ll be able to pre-order…

This article was originally published on the Warhammer-Community site.

Battletome: Beasts of Chaos transforms a handful of factions – Brayherds, Warherds, Thunderscorn and the Monsters of Chaos – into a single, brutally effective fighting force. You can see the Chaos faction units, here!

Inside the book you’ll find new lore exploring the twisted wilds of the Mortal Realms, from the rumoured origins of the Beasts of Chaos to their insidious plans to despoil reality and return to the Age of Chaos, with a closer look at everything from how these monsters go to war to their unusual relationship with Chaos itself. 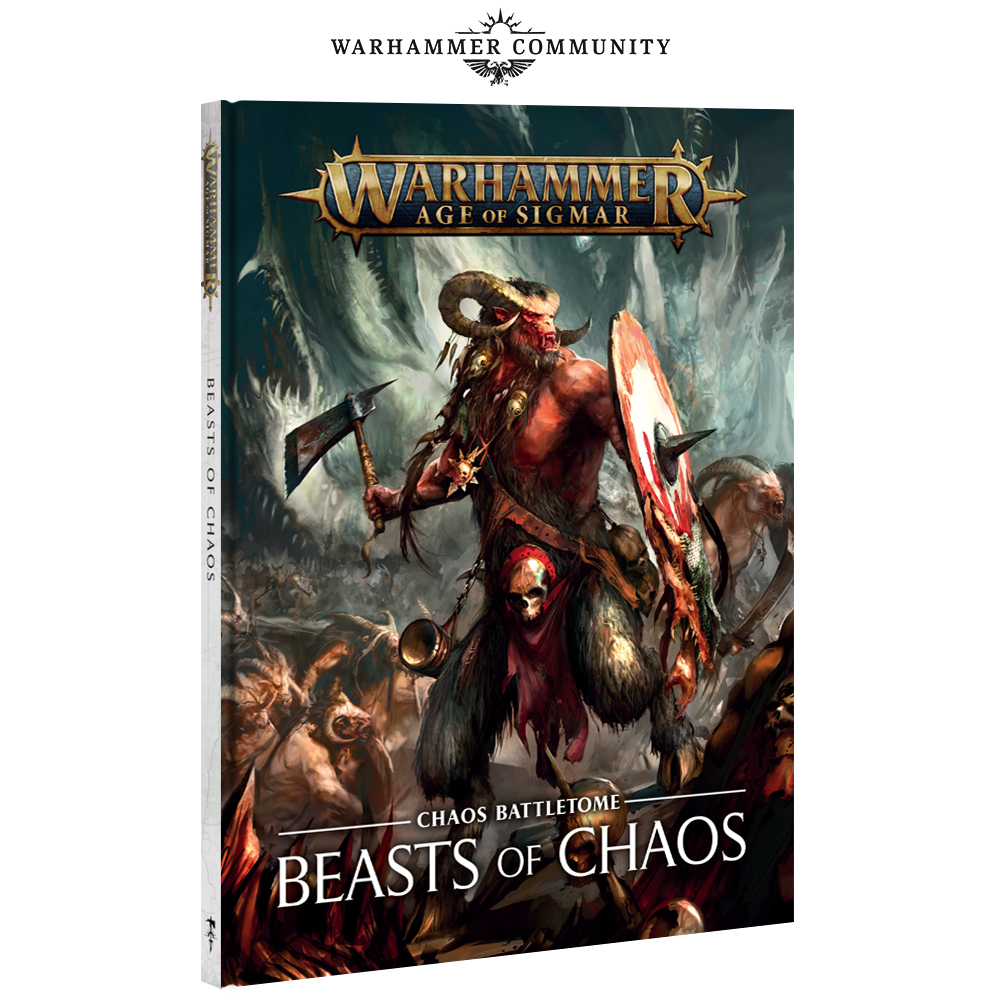 You’ll be able to customise your army more than ever before thanks to a huge host of new rules – from unique Command Traits for the Brayherds, Warherds and Thunderscorn, to magical spells and extra abilities for dedicating your army to one of the Greatfrays. Summoning rules, meanwhile, allow you to sacrifice your troops and call anything from skirmishing Ungor to rampaging Chimeras from the warping wilds.

This is the battletome you’ve been waiting for, packed with changes great and small – from the addition of the various types of Tzaangor to the Brayherds, to a host of warscroll changes designed to make your army more fun and powerful to play. We’ll be previewing the new book in detail next week with the help of Beasts of Chaos superfan and Warhammer Community writer Rhu, so keep an eye out!

If you’re truly dedicated, make sure to get yourself the Limited Edition – featuring gilt-edged pages, a ribbon marker, a soft-touch cover and strictly limited to 400 copies worldwide. 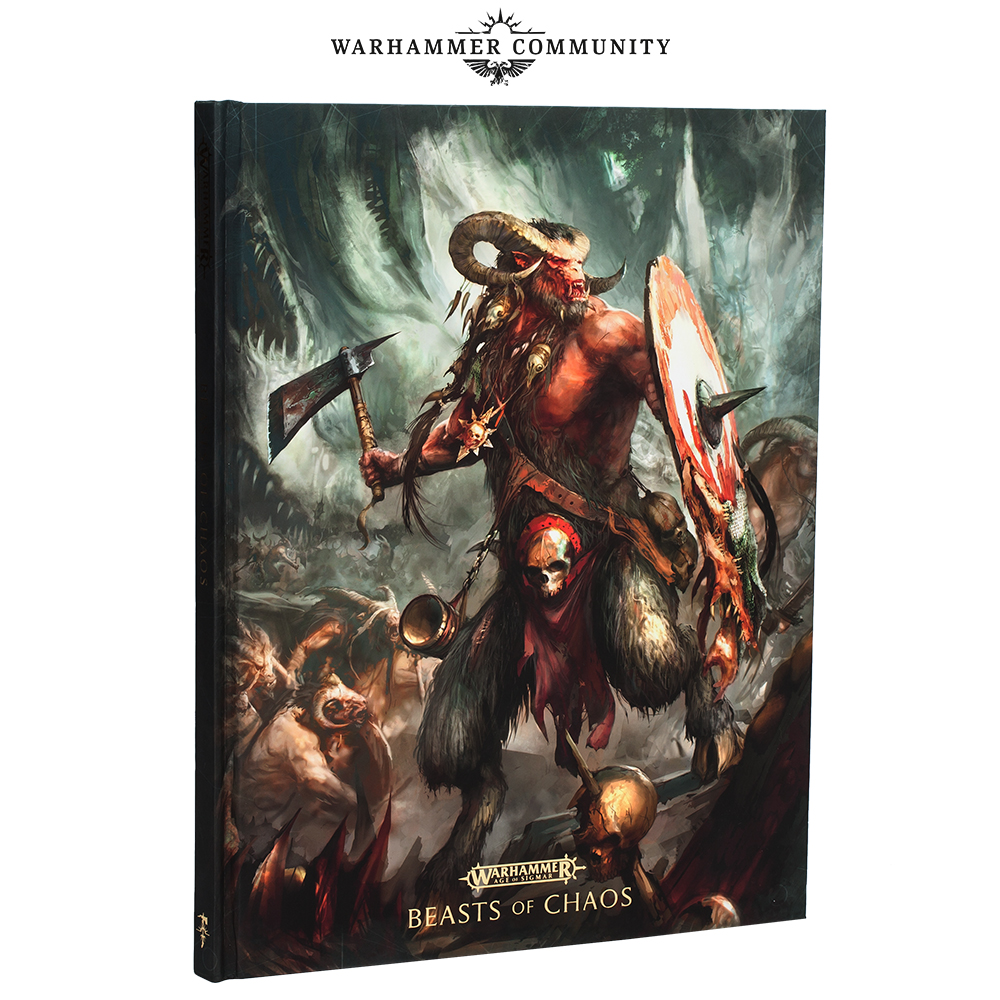 The Herdstone is a must-have for all Beasts of Chaos players. This new terrain kit brings to life an iconic piece of lore and provides a range of powerful in-game benefits to your army, projecting an ever-expanding, armour-melting wave of entropy and being key to summoning new units. Best of all? It doesn’t cost a single matched play point, meaning there’s no reason not to grab one. 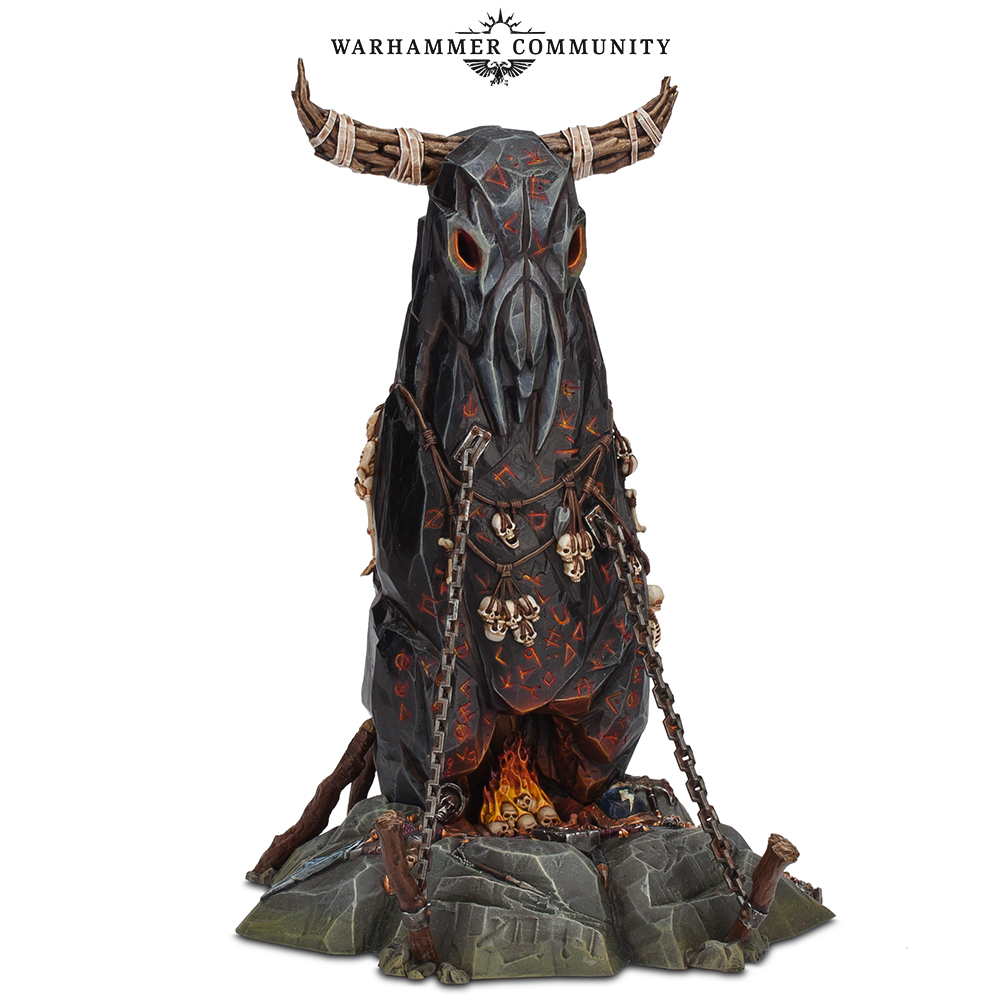 The new Endless Spells: Beasts of Chaos, meanwhile, allow you to unleash the most primal and ferocious sorceries of the Greatfrays in your games with a host of new models. Break battlelines with the Wildfire Taurus or sap morale with the Ravening Direflock – these spells provide all sorts of new tactical options for your Wizards. 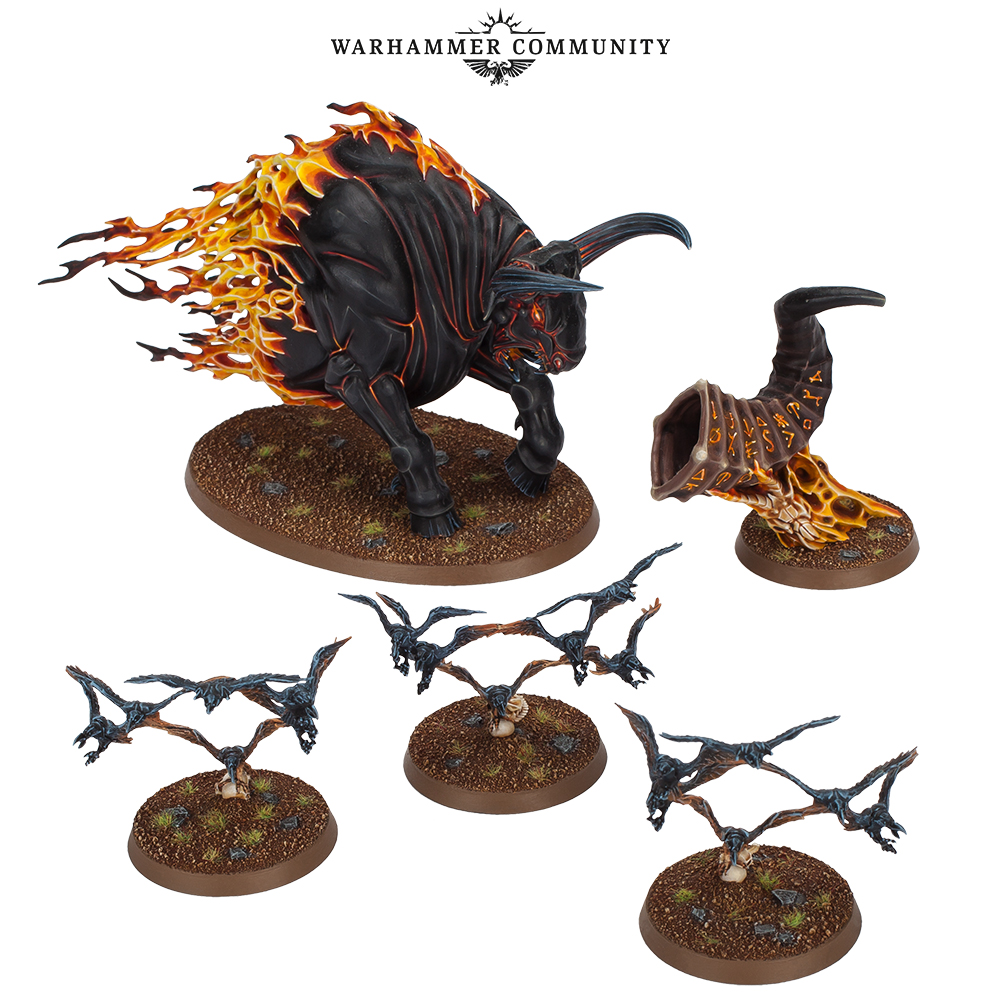 To help you keep track of your Beasts of Chaos in battle, you’ll be able to grab a range of new accessories. The Beasts of Chaos Warscroll Cards feature new-format cards for all 29 warscrolls from the new battletome – including endless spells and the Herdstone – as well as two invaluable token sheets that let you track anything from spell effects to summoning points, or anything else you might need to remember. 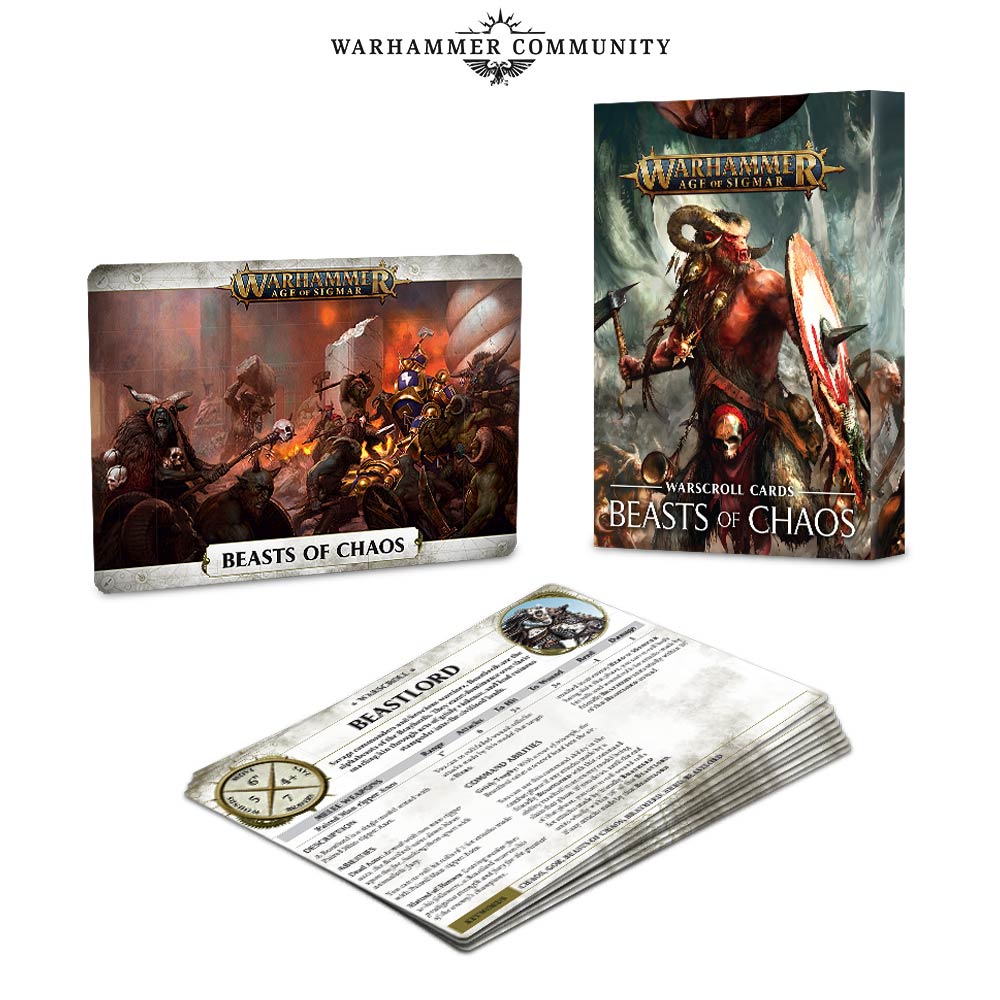 A set of special Beasts of Chaos Dice, meanwhile, have been designed to match your army perfectly, with distinct designs on every face. 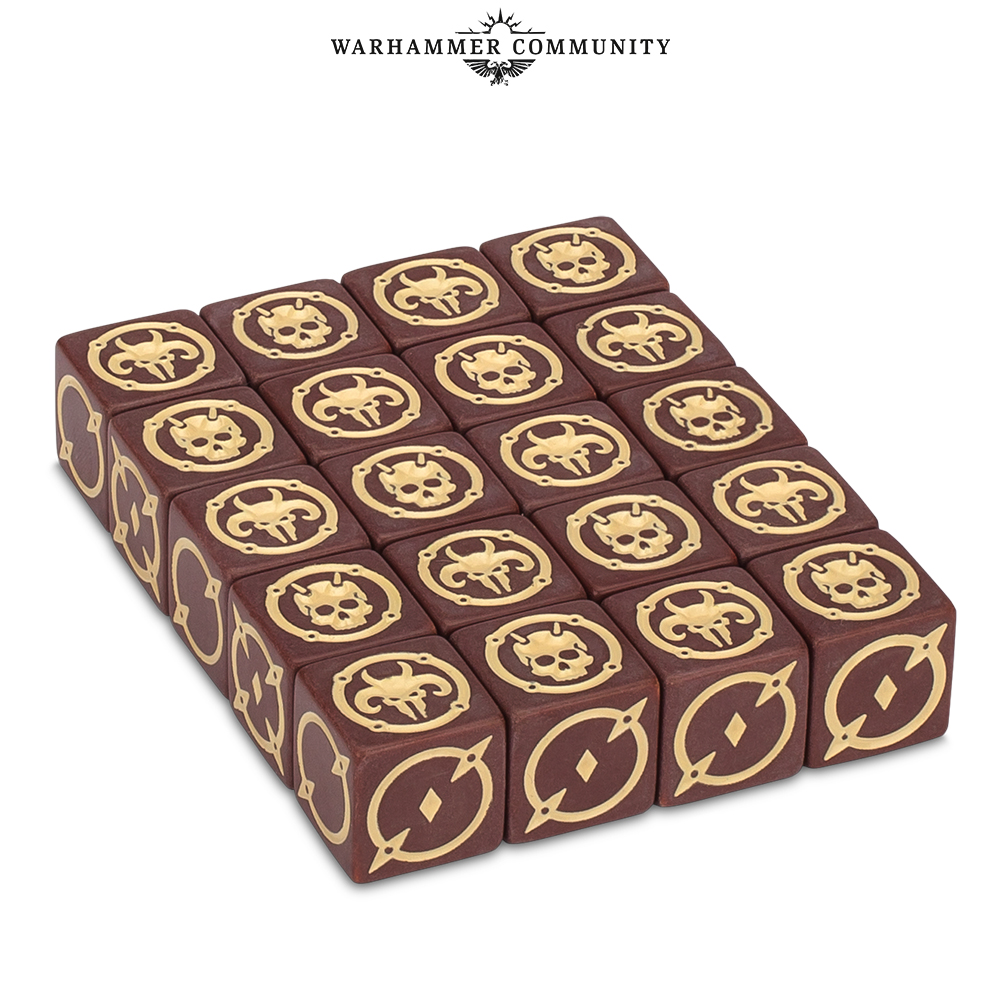 If you’re looking to get a head-start with the new Beasts of Chaos army, the new Start Collecting! set is the perfect way to do it. With Battleline units, a general, some ranged troops and a monster, this box is ideal for new players or those looking to save some money when reinforcing their army. 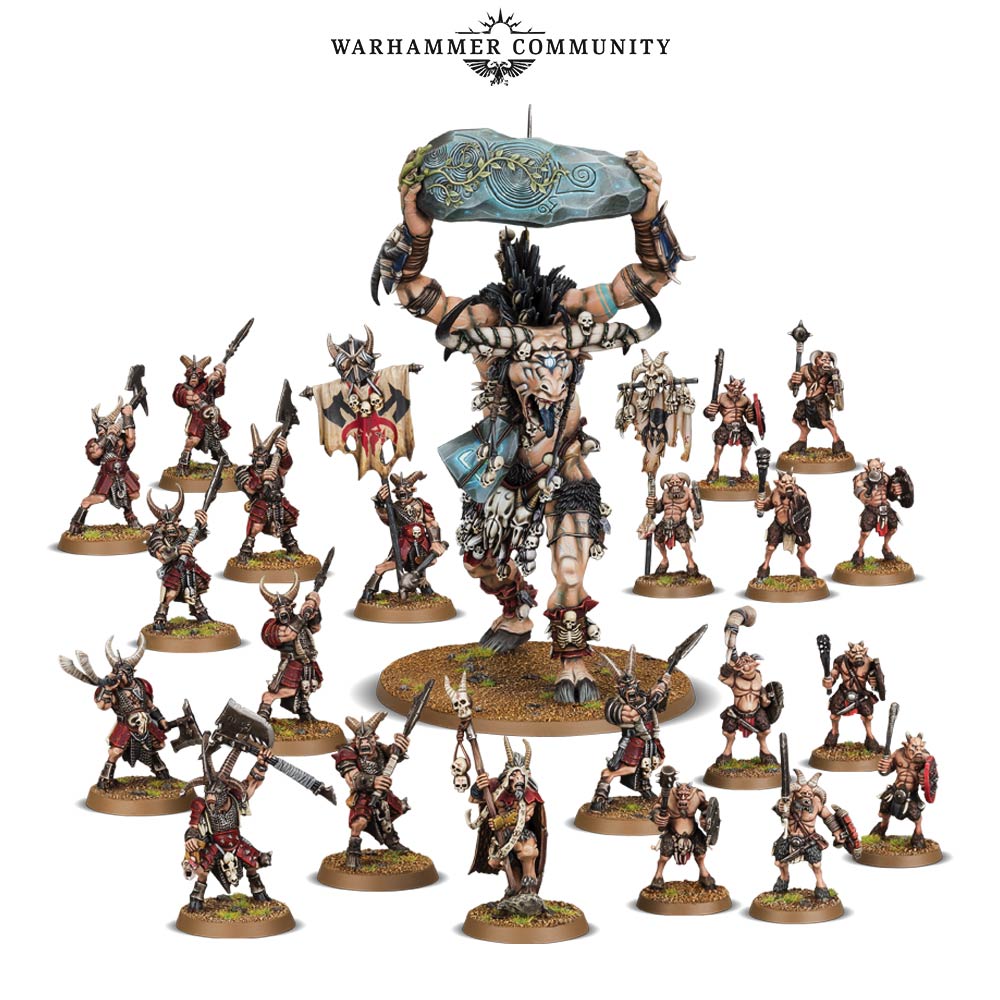 You’ll be able to pre-order the new battletome, endless spells, Herdstone, warscroll cards and dice next week, then find them in your local store the week after that – alongside some returning classics. Gor, Bullgor and Warhounds have all been repackaged and will be landing once more on shelves near you – if you’re looking for some next steps after you’ve got your Start Collecting! set, these are the ideal choice. 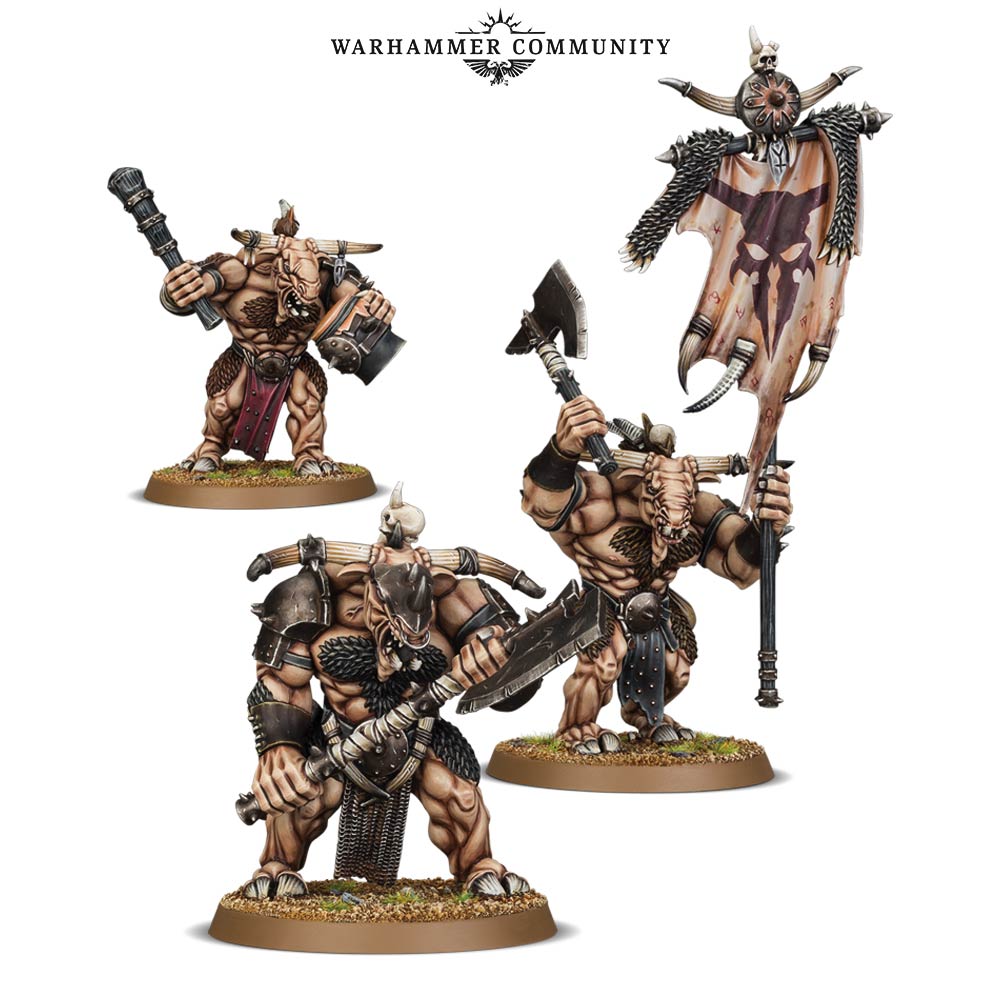 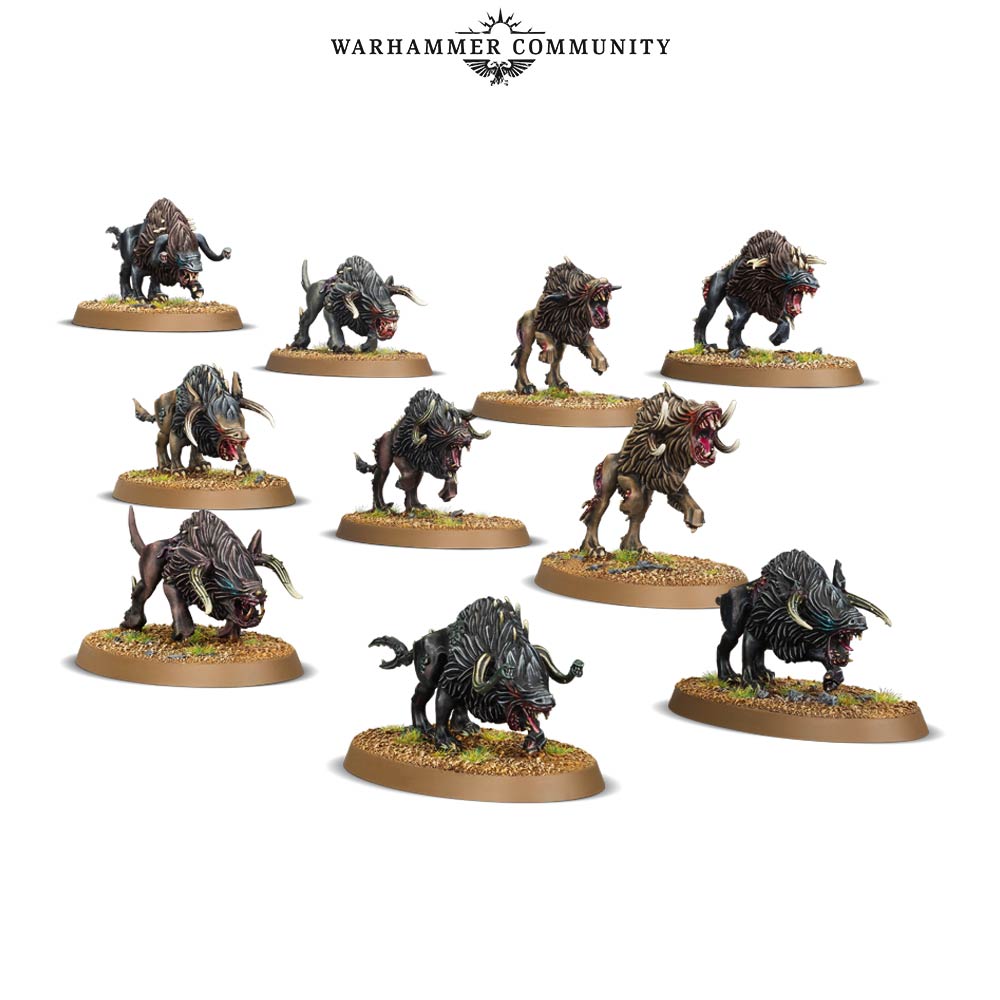 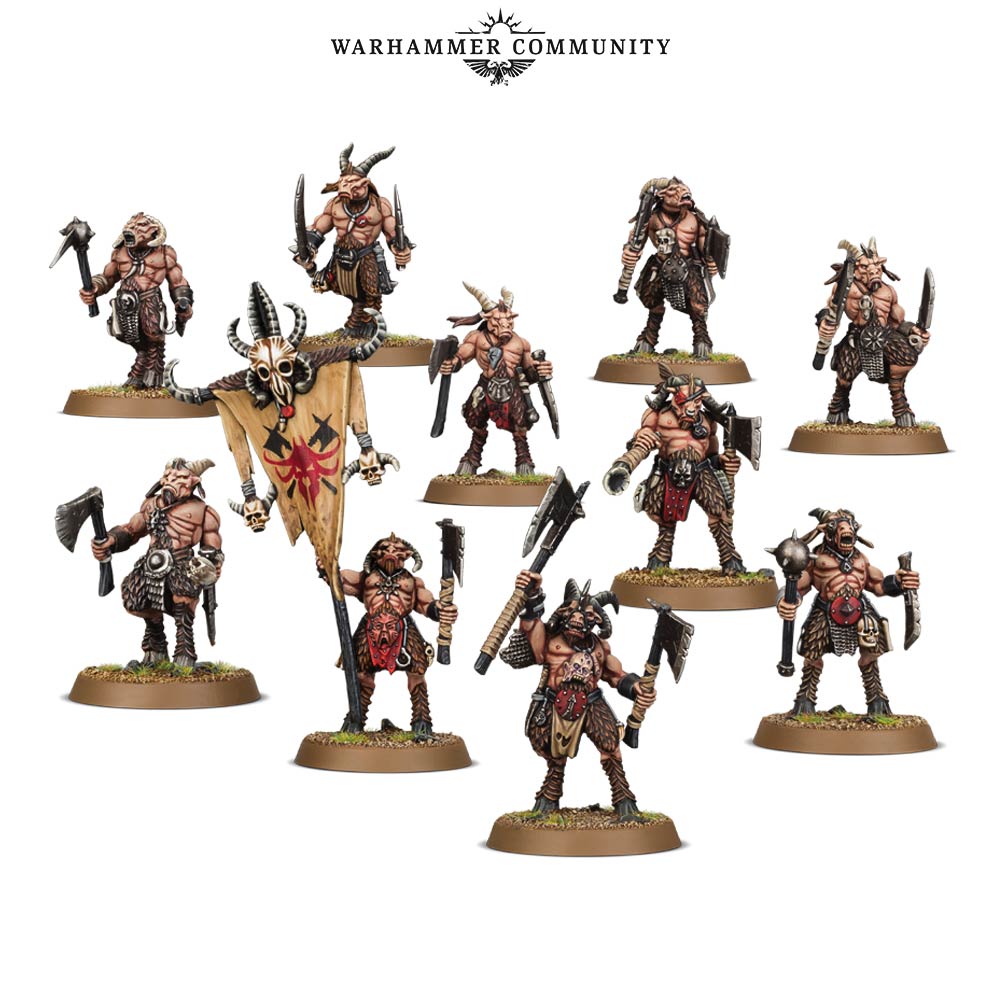 Keep an eye out over the next week for more Beasts of Chaos previews, and let us know what you’re most excited about on the Warhammer Age of Sigmar Facebook page.

3 Responses to “Age of Sigmar Battletome Preview: Beast of Chaos”