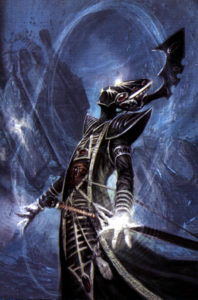 Today I decided it would be good to send some love to a few of the xenos players out there (since I usually send boltgun rounds their way). Today we will be talking about Eldrad Ulthran, enigmatic Farseer of the craftworld Eldar. He’s old enough to remember what your grandpa ate for lunch, and prescient enough to guess what your grandkids will eat for supper.

Eldrad is an old character in the 40k universe. Credited as being the most gifted seer that the ancient Eldar ever produced, his career spans at the very least 10,000 years, and is likely much longer than that. A Farseer of the Ulthwe craftworld, Eldrad has spent much of his life guiding his people towards a better, more hopeful future. The Ulthwe are well-known for their dedication to the war against chaos, and She-Who-Thirsts (slaanesh) in particular. 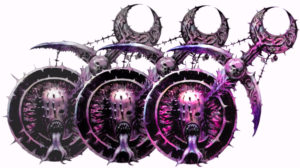 Eldrad’s dedication to the war against chaos doesn’t stop at the borders of his craftworld, nor even the human race. Eldrad has meddled with the fate of other craftworlds and humanity many times. The ultimate goal, of course, has always been the survival of the Eldar race, and for that reason he has helped humanity and hurt it in equal measure. 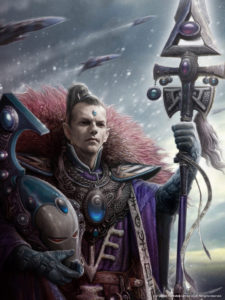 It was Eldrad who appealed to Fulgrim during the Great Crusade and warned him of Horus’ treachery. It was Eldrad who fought to stop the Cabal’s plan to destroy humanity. Eldrad orchestrated the infiltration of Harlequins into the Imperial Palace during the reign of the Beast. It was also Eldrad who set in motion the events that would bring Ghazgkull Mag Uruk Thraka to unleash two titanic wars across Armageddon. Eldrad even intervened in a Tyranid invasion to make sure that Mephiston of the Blood Angels survived the battle. He’s crossed blades and battled wits with some of the most dangerous residents of the 41st millennium. He even died once, though that was later revised.

His decisions are baffling and seemingly self-contradictory to lesser minds, but in the end they are all small threads of the tapestry of fate that Eldrad seeks to create, ensuring the downfall of Chaos and the survival of his race. For a race as maudlin and despondent as the declining Craftworld Aeldari, Eldrad’s tireless war against fate stands out as a bright light of hope. Or, at least it did until recently…

The Birth of (Another) God

Eldrad worked with the Harlequins to bring about the birth of Ynnead, the new Eldar god of the dead, who is supposed to kill Slaanesh and free the souls of the Eldar from the dark god’s power. The Eldar seem to have trouble with the concept of a normal birth, and so naturally the god’s arrival was heralded by great difficulty, strife, and no small amount of death. Biel Tan was broken, and many of Eldrad’s own Farseers were turned into crystal summoning the avatar of Ynnead. 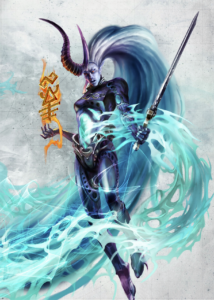 For his extreme recklessness (in the opinion of his craftworld’s rulers) Eldrad was cast out from his home. Joining the Ynnari, he now journeys across the stars with them seeking the croneswords that will fully awaken their god and free them from Slaanesh forever. 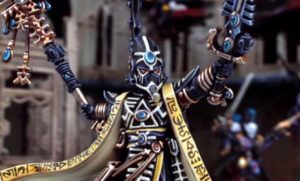 Eldrad wields the staff of Ulthamar (which is not how you pronounce ‘Ultramar’ with a lisp). It is a masterwork staff of the purest wraithbone capable of cleaving terminator armor. It carries the souls of the first seer council of Ulthwe, and he uses it to devastating effect on the battlefield. He also wears the armor of the last runes, which grant incredible protection from harm. It is said to ward against dead until the dying of the light itself. Who knew that the Eldar were such fans of Dylan Thomas?

Aeldari Back In Action

With the rise of Ynnead and the advancement of the 40k story, you can bet that Eldrad will show up in many stories to come.  The real question is, when that time comes will he be friend or foe to you or your faction? Tell me your best devious Eldrad tabletop encounters in the comments below! Thanks for reading and I’ll see you again on the next Tomes of the Librarius! 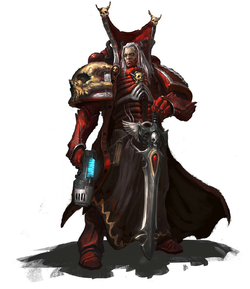 Eldrad, known throughout the galaxy as “That d***”.

Great article, Chris. Eldrad is and always has bee one of my favorite 40k characters.