Are You Ready for the Soul Wars?

You are here: Home › Age of Sigmar › News › Are You Ready for the Soul Wars?

A dark new era is dawning for Warhammer Age of Sigmar.

The following was originally published on the Warhammer-Community site. Check them out for more great content.

The Soul Wars have begun – a conflict that will shake the Mortal Realms to their cores. Where the Realmgate Wars were for land, this battle is one for the very essence of the Mortal Realms, as tides of the undead rise to consume the living and condemn them to an eternity of servitude. 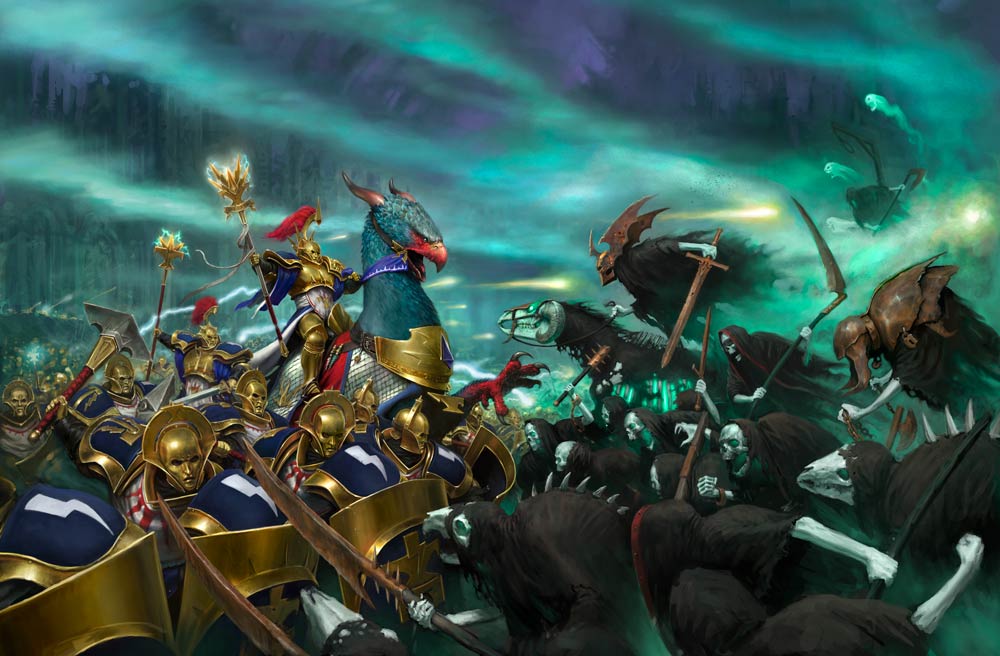 But why are souls so important? And why does Nagash want them so much? Read on to find out…

Nearly every living creature in the Mortal Realms has a soul – a spark of vital animus that gives them life. Should a living creature have its soul removed – perhaps by some dark sorcery, or by the Idoneth Deepkin on one of their raids – it will fall into a coma, or simply perish.

In the past, souls in the Mortal Realms would eventually make their way to Shyish, usually after death – here, they would reside in their chosen underworld – from stygian hells to elysian paradises – until their energies subsided to nothingness, a process that can take anything from a few years to millennia.

Nagash, as self-appointed God of Death and Grand Necromancer, lays eventual claim to every single soul in the Mortal Realms as his by right – an arrangement that, during the Age of Myth, was agreed upon by the other gods in Sigmar’s pantheon.

Mortals have tried to escape death in the Mortal Realms for generations – the Katophranes, ancient magi of the lost city of Shadespire, are but one example of those who would attempt to deny Nagash his due. 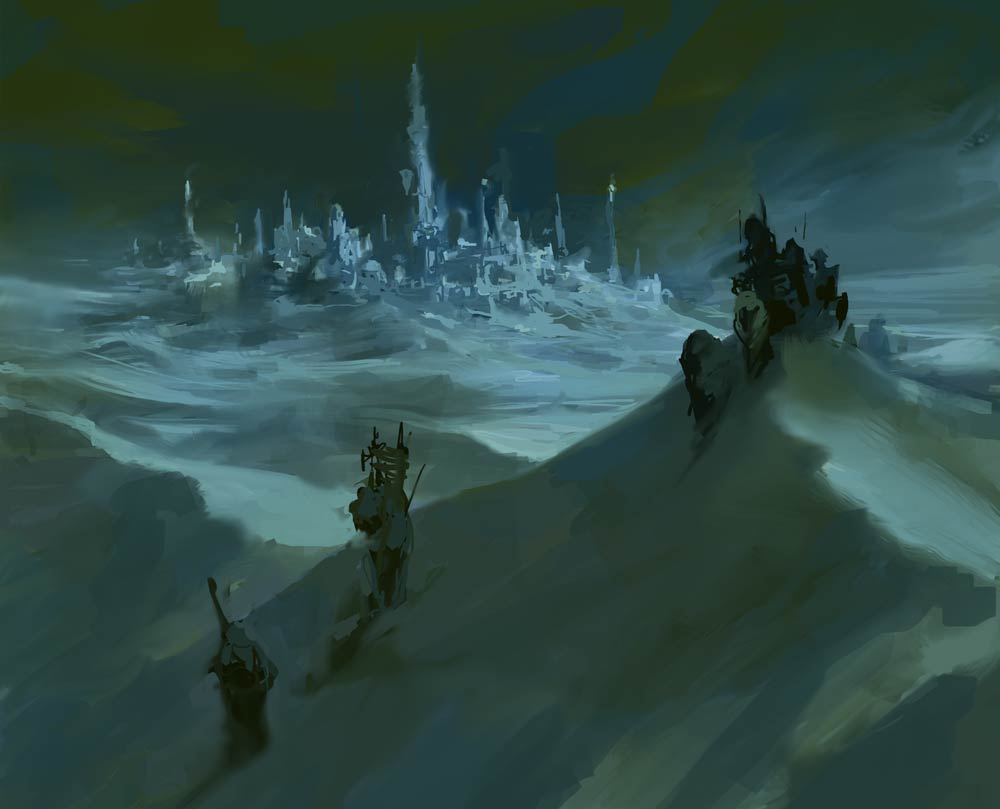 With the coming of Chaos to the Mortal Realms, each of the Ruinous Powers laid claim to souls that should have found their way to Shyish. When one serves Chaos, one sacrifices one’s soul utterly and eternally. The very greatest champions are transformed into Daemon Princes, while those who fall on the path to glory are dragged to the Realm of Chaos to be tortured for all eternity. 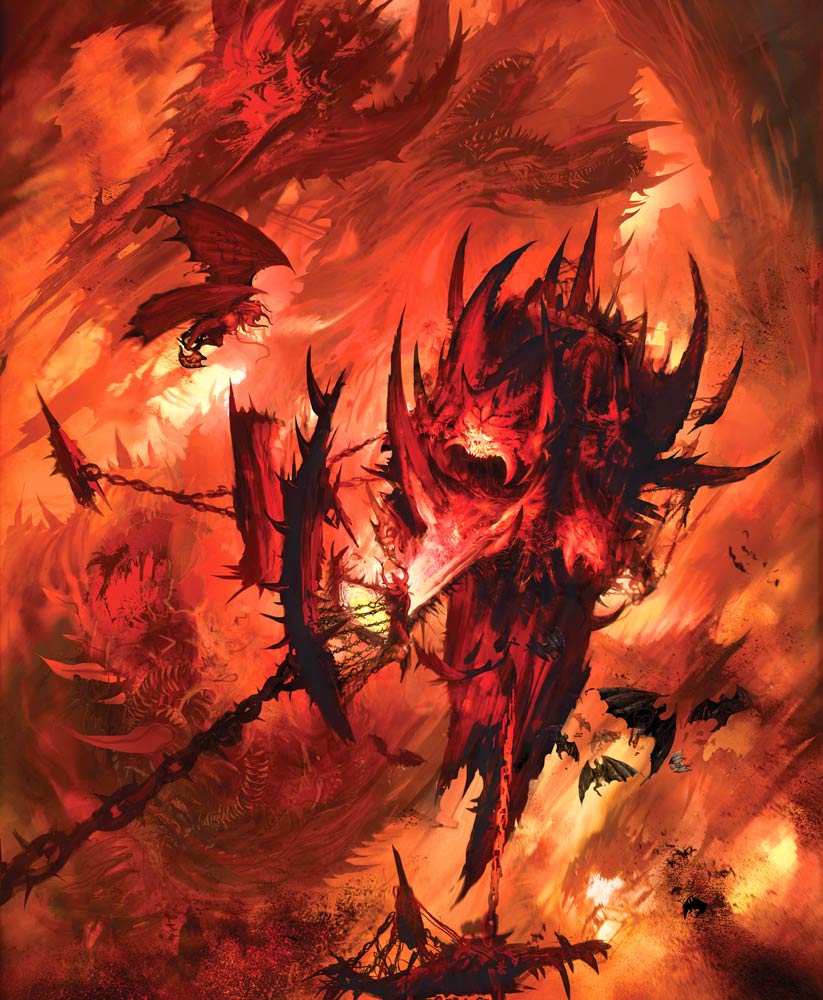 Naturally, Nagash was wounded by this grave offence, and so he battled alongside the forces of Sigmar in order to hold back Chaos – and thus maintain his claim on the dead of the Mortal Realms. Unfortunately for him, he was banished, allowing Chaos to reign supreme. This would have been insulting enough – but then came Sigmar’s betrayal. 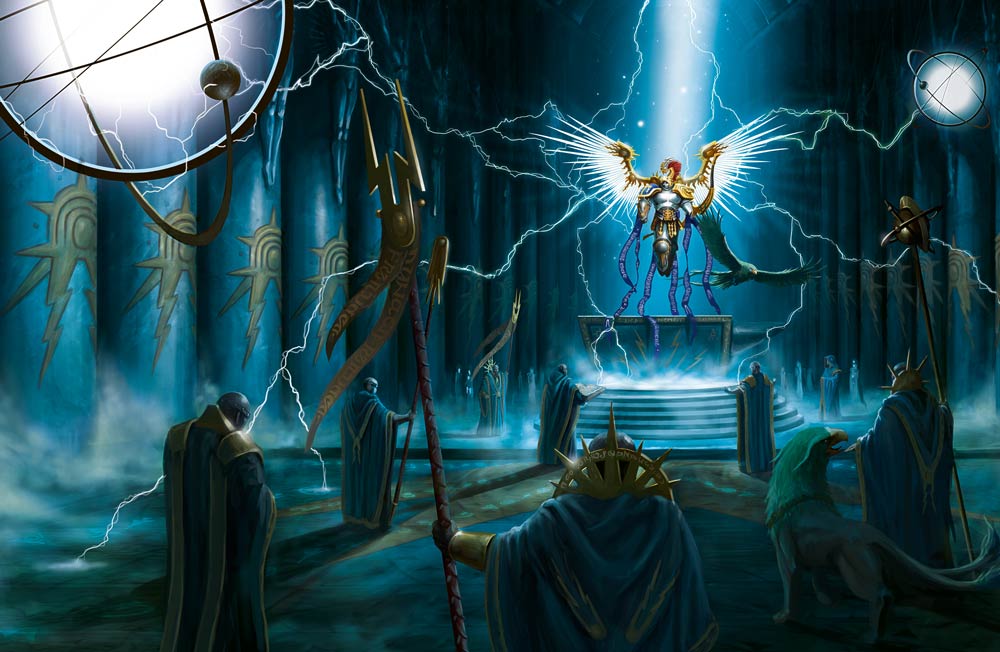 It was the aelves who finally tipped the balance, driving Nagash’s fury to even greater heights. Malerion, Tyrion, Teclis and Morathi – aelven deities – have trapped Slaanesh between Ulgu and Hysh, and draw souls from his body to create more of their kind – Teclis’ creations became the Idoneth Deepkin, while Morathi expanded her previously finite followers into the Daughters of Khaine, with Tyrion and Malerion left to forge aelven races of their own. Again, Nagash saw this as a personal affront, and each of these souls as his by right. 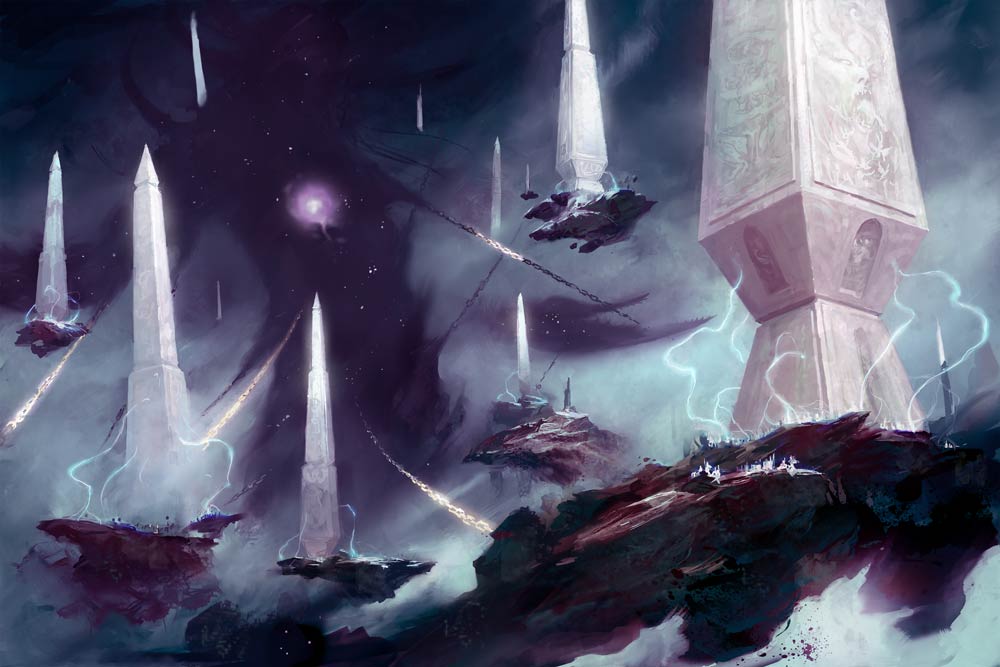 Further, the aelves of the Idoneth Deepkin must raid for souls to survive, taking their essence into themselves – and thus denying them to Nagash.

During the Time of Tribulations – the period of dark omens and mysterious signs explored in Malign Portents – Nagash’s Great Work reached its terrifying conclusion. The new edition is set following the Necroquake, a vast magical cataclysm created by his Black Pyramid that has permanently changed the balance of souls. 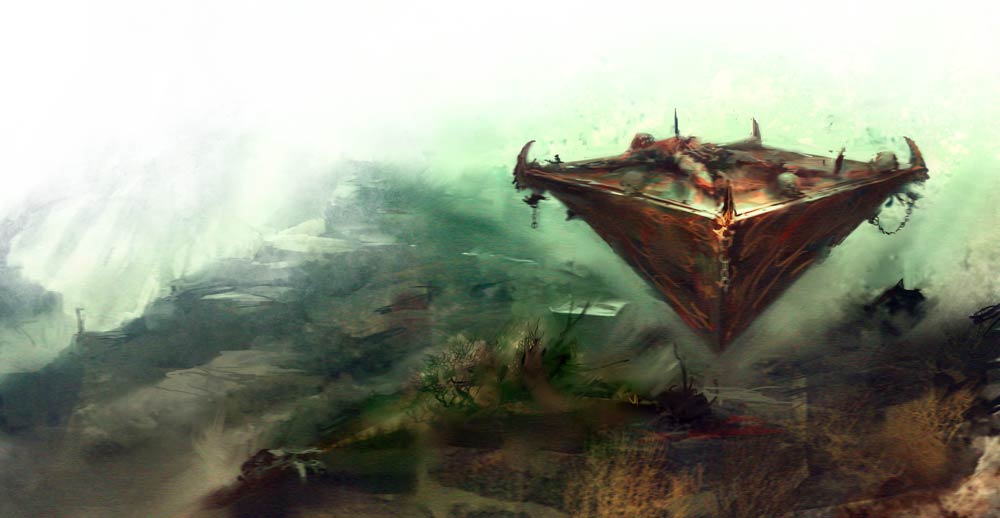 Billions of the dead now rise across the Mortal Realms, with the spectral Nighthaunt the most terrifying of their number, reaving and killing across the realms for Nagash – they will not stop until every soul lies in his clutches.

Want to learn more? The Warhammer Age of Sigmar Core Book contains a full timeline for the buildup to the Soul Wars, while the Soul Wars boxed set lets you fight its opening battles – whether you’re holding back the tide of Death with the Sacrosanct Chamber, or heralding it with the Nighthaunt.

What do you all think so far? This is a conflict that sounds exciting and actually has a little more logic behind it than some of the others we’ve seen in AoS which often boiled down to: these guys just fight always for no reason. I dig it! Less than a week until the pre-order for the new goodies…