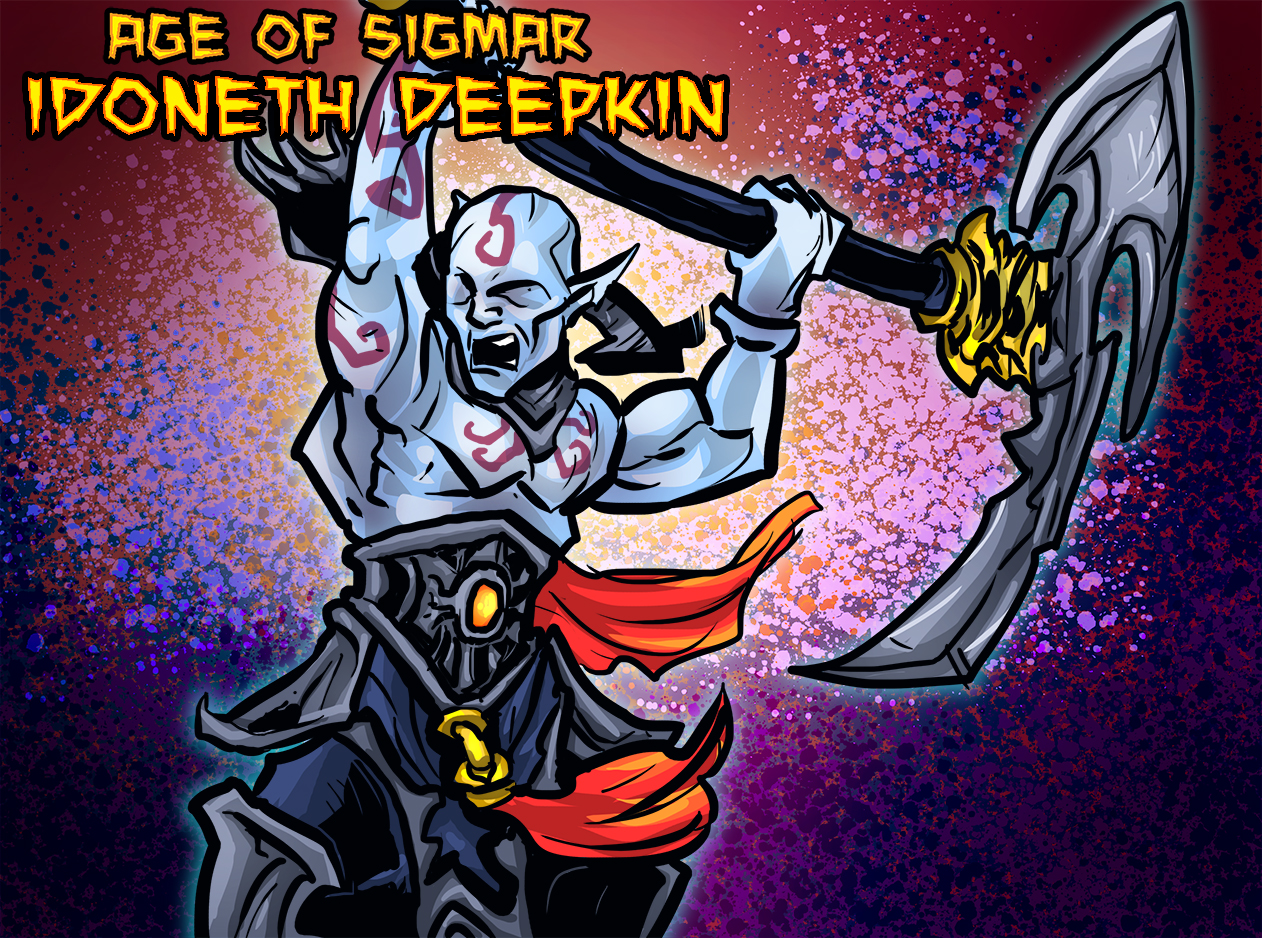 And here we are with the remaining Idoneth Deepkin units: the Akhelian Allopex and Akhelian Guard.

As always, these pre-orders from Games Workshop are available through Frontline Gaming at a discounted price and we offer FREE shipping within the Continental USA for orders $99 and up! 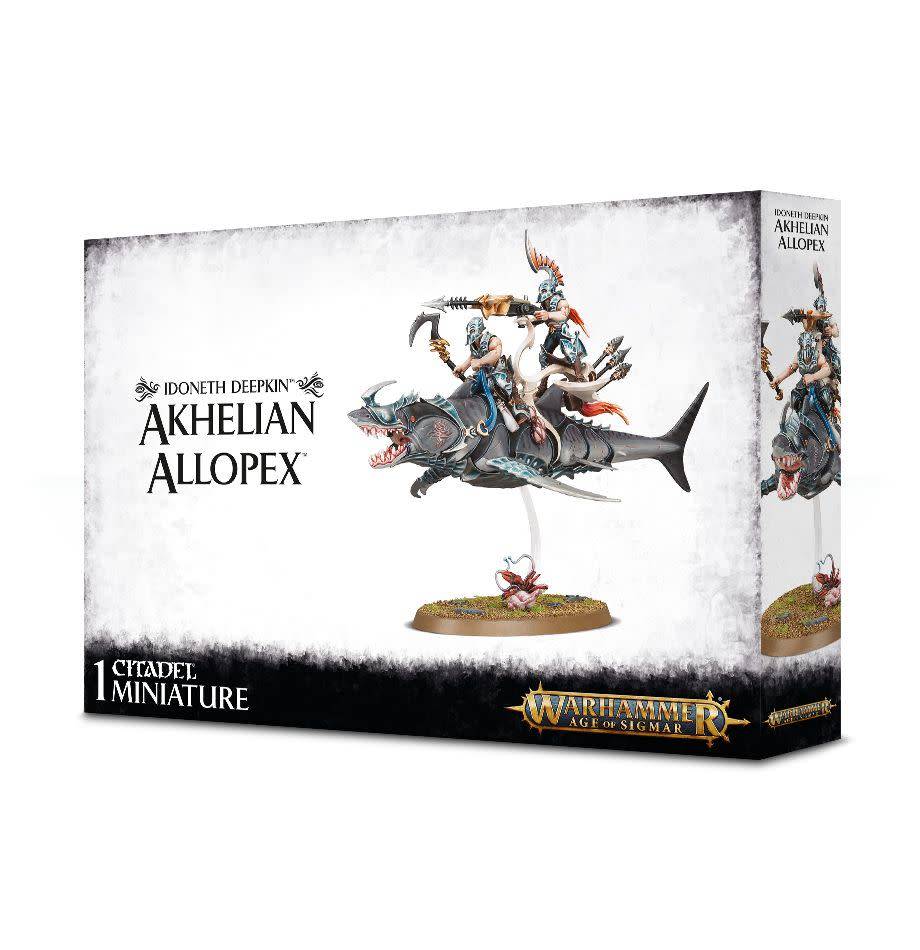 At first they appear as spectral blurs in the ethersea, distant streamlined shapes that seem to materialise from nowhere. With powerful thrusts of their sickle-finned tails, the forms grow all too quickly as they launch their attack. Sleek, muscular and built for dealing death, Allopexes are legendary predators of the deep oceans. Attracted to blood, they feed upon anything they can fit into their large jaws. The mouth of an Allopex is lined with serrated triangular teeth, razor-edged saws which can bite man-sized holes in prey. With blades attached to their fins and riders manning harpoon launchers atop their backs, the Allopex is a living weapon of war. 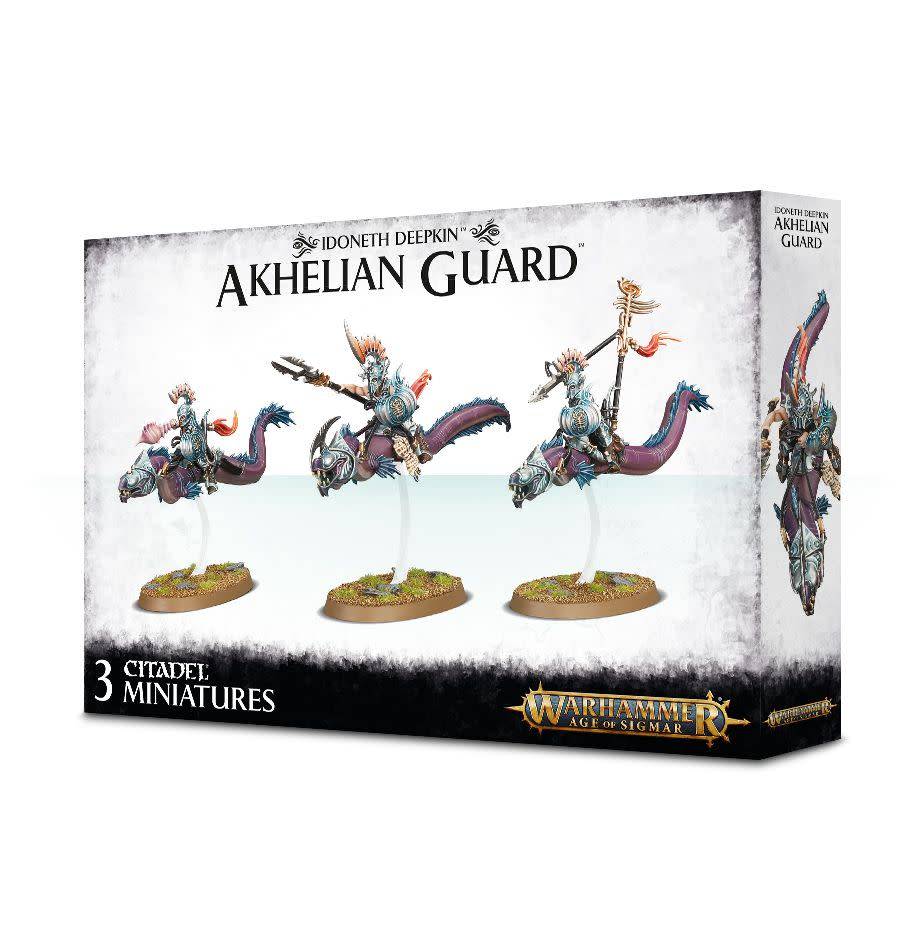 No troops exemplify the Idoneth Deepkin way of life more than the Akhelian Guard. Mounted atop Fangmora Eels, they fight in a loose formation ideal for rapid assaults and sudden retreats, typifying the hit-and-run style of war common amongst the aelves of the depths. Morrsarr Guard are armed with volt-spears and galv-shields, channeling the powerful electrical energies of their Fangmora mounts into the tips of their spears, releasing the charge as a lethal short-range bolt. Some legends tell of Morrsarr Guard formations so large that the brightness of their combined biovoltaic blasts left the entire enemy army blinded and reeling.