A Scrub’s Journey to Greatness: How to Play Test a list

You are here: Home › 40K › Tactics › A Scrub’s Journey to Greatness: How to Play Test a list

So you’ve found what you feel is some CRAZY good tech, and built a list around it… So now what? Let’s get some methods to get proper testing on that list and see what it can really do!

Hey guys and girls, Andrew here with my next installment in a Scrub’s Journey, this week I’m gonna talk about some methods you can use to potentially improve your list playtesting, and get the best list possible out of that great tech you discovered! 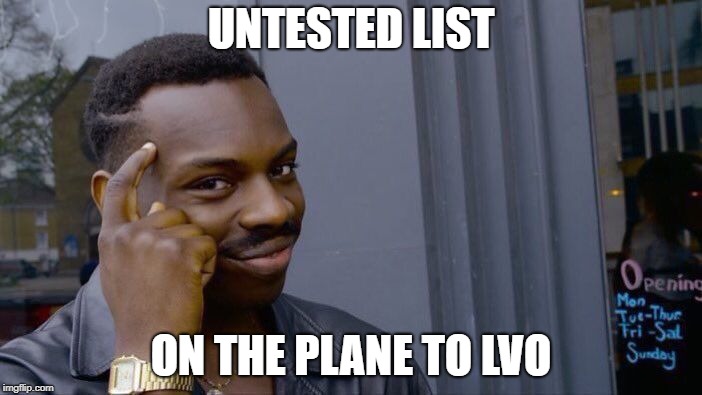 We’re going to start by looking at a simplified version of the mastery curve, and base our testing methodology around the stages of mastering your new list.

As per the method itself, we’ll be looking at who you should play against, what kind of list they should play, and how stringent you should be with regards to play etiquette. Novice- At this stage you won’t necessarily be playing against a tournament player, it’s just about getting a few reps in. My rule of thumb is to treat the first 5 games or so as ‘Novice’ games. This means  no round timer, full take backs on both sides, open conversation about what things do and how each player would do things. If you see the opponent making a play mistake, ask them why they’re doing that and suggest something else. Did you or your opponent forget their psychic phase? Let them right the situation or fully go back. These games are for learning, after all.

Adept-  At this point, if there is a piece in the list which you feel has consistently under performed, you can now switch it out for a potentially more purpose built model. Why wait? To avoid gut reactions which could see a potentially good piece being scratched from a list due to bad dice for a game or two. You’ll now want to play against the intended prey for your list. This will show you how well your new list works when it’s in its element. You’ll want to start looking at how to manage the round clock, now. This should be another 5-10 games

Journeyman- At this point your list should be pretty well tuned, again make sure to only make small adjustments every few games. You’ll now want to find the local tourney players, and start playing tournament style games, so you know how your list functions and what its true weaknesses are. Master- Now that you’ve about mastered your list, you now need to crank the difficulty up, start playing against what the list is perceived to be weak against. You may want to tech against your weakness, but try to play into it, if this turns out to be a hard counter to you, then start to look at tech that doesn’t water down what the list was meant to do in the first place.

In recap, after you’ve found some tech you like and built a list, start by practicing it in a kiddy pool situation where you can see how things actually work, rather than punishing yourself for mistakes. As you get better at playing the list you start playing in harder conditions, then start playing full tourney lists to see how the list does in the shark tank. Finally you play into the match ups which you’ve found the list is weak into to see if you can play out of them, or if you need to tech for your weakness as a counter weight into those match ups.

Well that’s it for this week. Make sure to post how you guys like to list build, and test your ideas, do you try to get fluent with the list before you make changes, or do you try to tech for your local meta? Post down in the comments!

← Signals from the Frontline #590: Settling in to the Post FAQ Meta
Completed Commission: Sisters of Battle →

4 Responses to “A Scrub’s Journey to Greatness: How to Play Test a list”