With the LVO behind us it is time to look towards the next event, this time: an FLG 40k and AoS league!

What is this league for?

For fun, of course! But the FLG League specifically will be for folks to play 40k and AoS in a structured environment for glory and prizes in the San Diego, CA area.

Anyone in the San Diego, CA area or that is willing to travel to that area on a weekly basis to play their games. We have had a LOT of interest in this league and we think it will really take off! All of the staff are playing, from myself, to Pablo, Frankie the Salty Banana and some of the painters, too! We even have a co-league going in Orange County and we will work on linking up to have a battle between the respective champions.

What do I need to do to participate?

Read the event guidelines here, and Purchase a 40k league ticket, here and an AoS league ticket, here ($10 fee, and all of the money goes to prize support and yes you can play in both leagues if you think you’ll have the time), and then play 6 games over the course of the league, which runs from March 1st through April 30th. The two players with the best records at the end of the league will battle it out for glory to be the league champion on a live streamed game here at FLG! The winner of the hobby track will have their army professionally photographed and shown off on the FLG site for the whole world to see!

Games will be scheduled in advance once we know who all is participating so you can get your games planned out. Ideally, we will have 2 months to play 6 games. If you cannot get a game in by the end of the league, you take a loss and your opponent can schedule a make-up game with another participant in the league.

You can play anywhere that is convenient for you and your opponent. This can be here at Frontline Gaming, at your home or at another game store.

Are there any army restrictions?

For 40K: 2,000 point lists, matched play rules, ITC Champion’s Missions, and you must retain the same primary faction throughout the event. That means specifically that your largest detachment must have the same ITC faction throughout the league. Other than that, you can change your list as much as you want from game to game. Half the fun is trying to guess what your opponent will be bringing and to outfox them!

For AoS: We are going to run this as an escalation league, starting at 500pts. This way players can try AoS out if t is new to them and grow with the league, adding 300pts per game to get to a 2,000pt total for their 6th game. However, for the veteran players out there that want to compete in the league, if both players agree to it, you may play any of your games at 2,000pts if the idea of back pedaling to 500pts is not appealing to you. We will be playing Generals Handbook 2017 scenarios.

Are there any prizes?

Duh! Beyond earning ITC points, all of the entry fee money will go into the prize pool. Depending on the amount of participation and thus ticket revenue we have to work with, we will have product prize support for those who come in and 2nd and 3rd for each category as well!

In the last league, Reecius played the top seed, Paul in the championship match and won top general while Andy T. was the top hobbyist!

The top hobby army in the last league!

Here was the last 40k league’s leader board!

Please be sure to purchase your ticket between now and then so we can get everyone bracketed and ready to rock for March 1st. 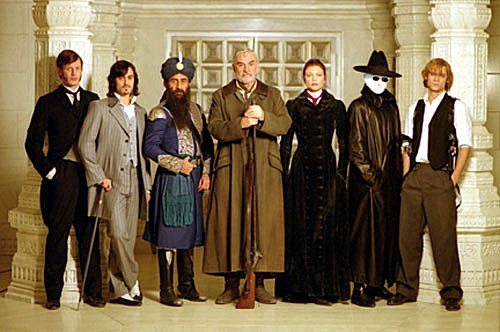 Who do you think will win? Do you all have any additional questions?