The NOVA Open Warhammer 40,000: The Gauntlet Is Thrown!

Muahaha! Check out my smack-talk article for Pete from GW over on the Warhammer-community site as we are playing one another round one of the NOVA invitational! This will be good fun.

Of all the Warhammer events at the NOVA Open, the most prestigious is the Warhammer 40,000 Invitational, bringing together the world’s best players for some intense competitive gaming. In this year’s invitational, Games Workshop’s own Pete Foley has been drawn against hobby superstar, playtester, and Las Vegas Open organiser Reecius, who has some fighting words for his would-be rival:

Reece: Pete may have been one of the creative minds behind the new edition of Warhammer 40,000, and he may also be tall, handsome, intelligent and a great player, but that doesn’t matter and let me tell you why: I’ve been on an intense training regimen to strengthen my resolve, hone my skills, and prepare for this legendary bout! I share this secret knowledge with you now but I warn you – if you have the intestinal fortitude to commit to this program, you will never be the same….. 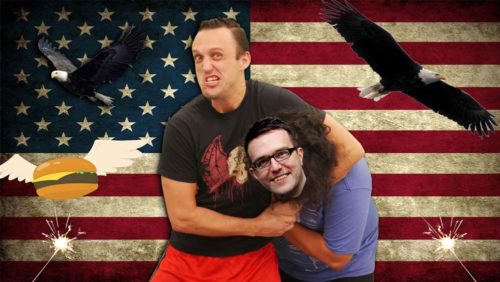 (While reading this, it is appropriate to play “The Eye of the Tiger” in the background.)

5:00 am: Wake, eat a breakfast of raw eggs while throwing darts at a picture of Pete’s face.

Noon: Read them all again, but this time: blindfolded.

9:00 pm: Sleep. Dream of sweet victory and being carried away by adoring fans as Pete weeps bitter tears of defeat.

As you can see, this daily routine means this game can end only one way: total domination! I tweeted to Pete that he should notify his next of kin and prepare a will because I’m coming in to NOVA like Fulgrim, and he’s Ferrus Manus!

If you are friends with Pete, send your condolences because it’s looking pretty grim…and dark. He’s going to need a Golden Throne to keep him going after this game.

Game on, Pete! Here is the list that spells your DOOM! 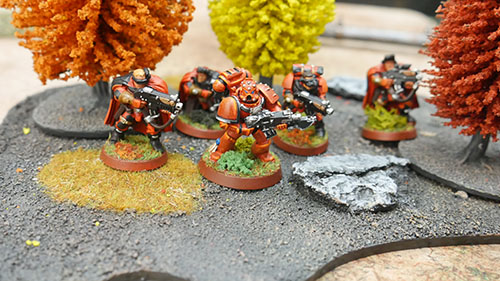 The Red Tigers are a Chapter of Reece’s invention. They use the rules of the Raptors Chapter – and so fight using Raven Guard Chapter Tactics.

Sounds deadly! We’ll be seeing if Reecius manages to tear Pete to pieces in their game on Thursday – make sure to come back to Warhammer Community for the results!

“Read them all again, but this time: blindfolded.” – Hahaha had me literally laughing out loud!
Good luck man, may the best man from FLG win 😛

I think that picture of Reece is photoshopped, very few burgers have wings.

I have no problem with beef and wings. we have a lot of them here in Buffalo! They even run a GT 😉

I can tell because of the pixels, and having seen quite a few ‘shops in my time.

Are you using Ravenguard tactics? So you can Lias +3 (Devastators) place wherever you want and add the Ancient with stratagem? And what’s the thing with Sternguard in pod? Are they worth the points?

Actually, I often put the Heavy Bolter Devs in the Drop Pod with the Lt. and the Ancient, and Deep Strike the other Devs and Sternguard.

And yes, the Sternguard rock, usually the best unit in my army, honestly.

The key though, is that the army is fluid, I can reserve lots of different units, I am very mobile, etc. It is a reactive army.

Which Stratagems do you use the most? And can you handle tankheavy army’s or a Knight with a massive screen in front of him?

Stormbolter Sternguard aren’t bad either! A gross amount of shots for the cost, for when you don’t wanna bring multiple squads of special issue ammo so you’re not doubling up.

Exactly. I experimented with 2 units, 1 with Storm Bolters and it was quite good but I found I gave up too much for it.

That army isn’t filled with units that make you go ‘ooh and ahh’ but I have to imagine it’s rather hard to deploy against. Lias gives three units a during-game infiltrate iirc and then you have the Ravenguard stratagem with a very ample number of command points to do the pre-game infiltrate as well.

Lias and 3 units deepstrike, it is awesome indeed.

But yeah, my entire army can basically start the game wherever I want them to which is very powerful.

Lias, a Lieutenant and Company Ancient with the Banner of the Emperor Ascendant is similar in points to Roboute..

Arguably as Roboute needs to bring some friends to fulfill the HQ requirements of a detachment, i’d say Lias and Co is better 😉

Reece, I like this list, going to adopt it. Listened to TFG podcast, and, got a glimpse how it performed.

Hey Reece I really like the look of your new army. It matches your red IG which I’ve always thought were super distinctive. I like this list too, especially the Scout Bikers. This seems like a real distillation of your play style. Love it!