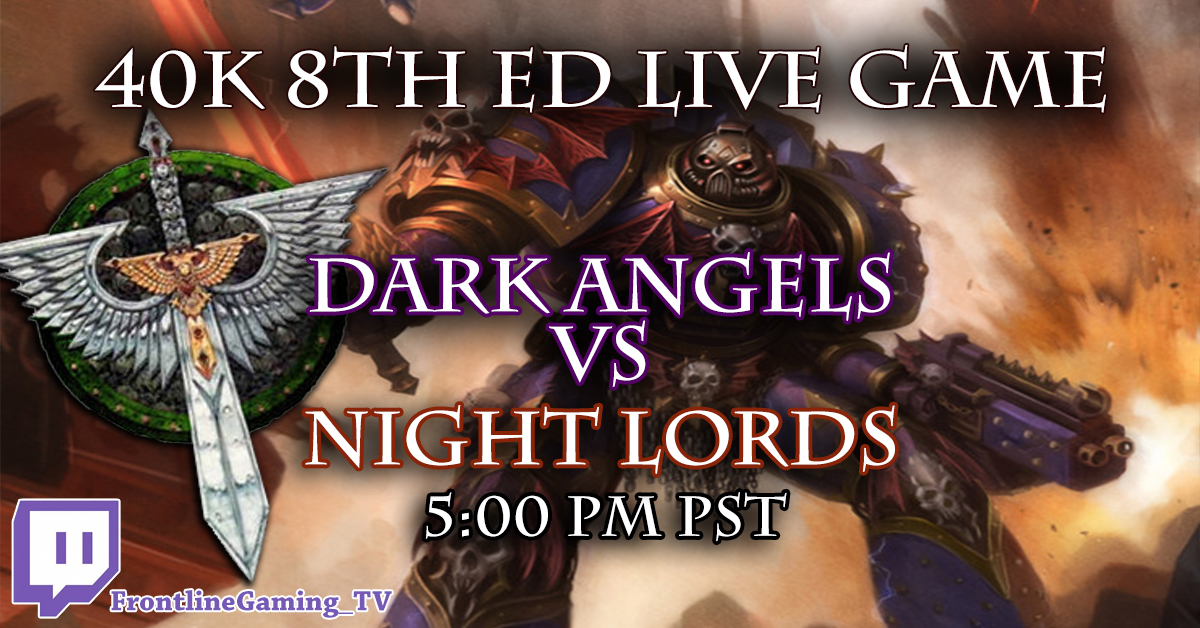 Tonight’s game will feature Reecius and Fankius, Night Lords vs. Dark Angels! The game starts at 5pm PST on our Twitch channel. 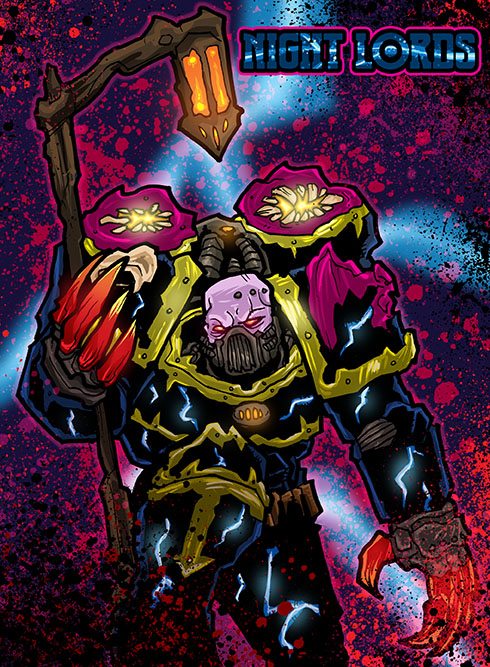 Reecius’ often discussed and but seldom seen Night Lords are making an appearance! 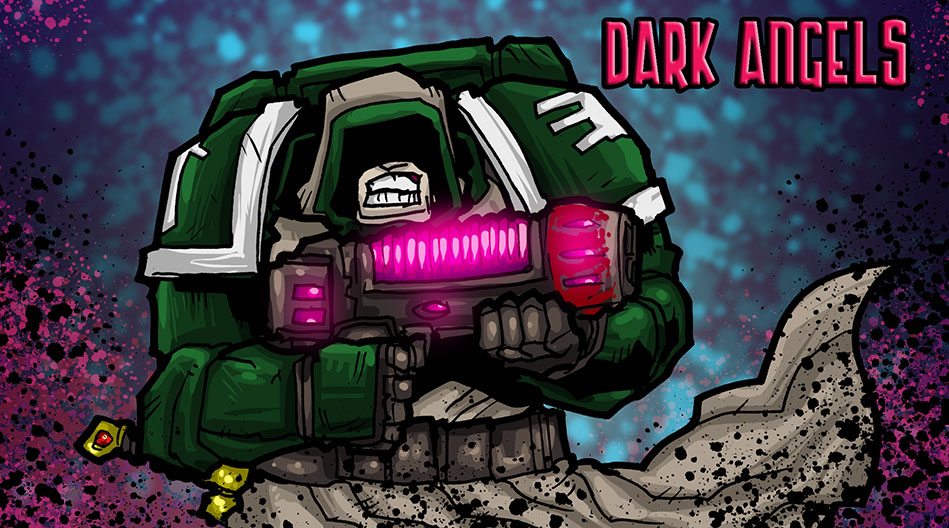 Frankie is taking out a Ravenwing heavy army backed up elements of the Deathwing.