Let’s start off with a true relic of the Horus Heresy, the Spartan tank. 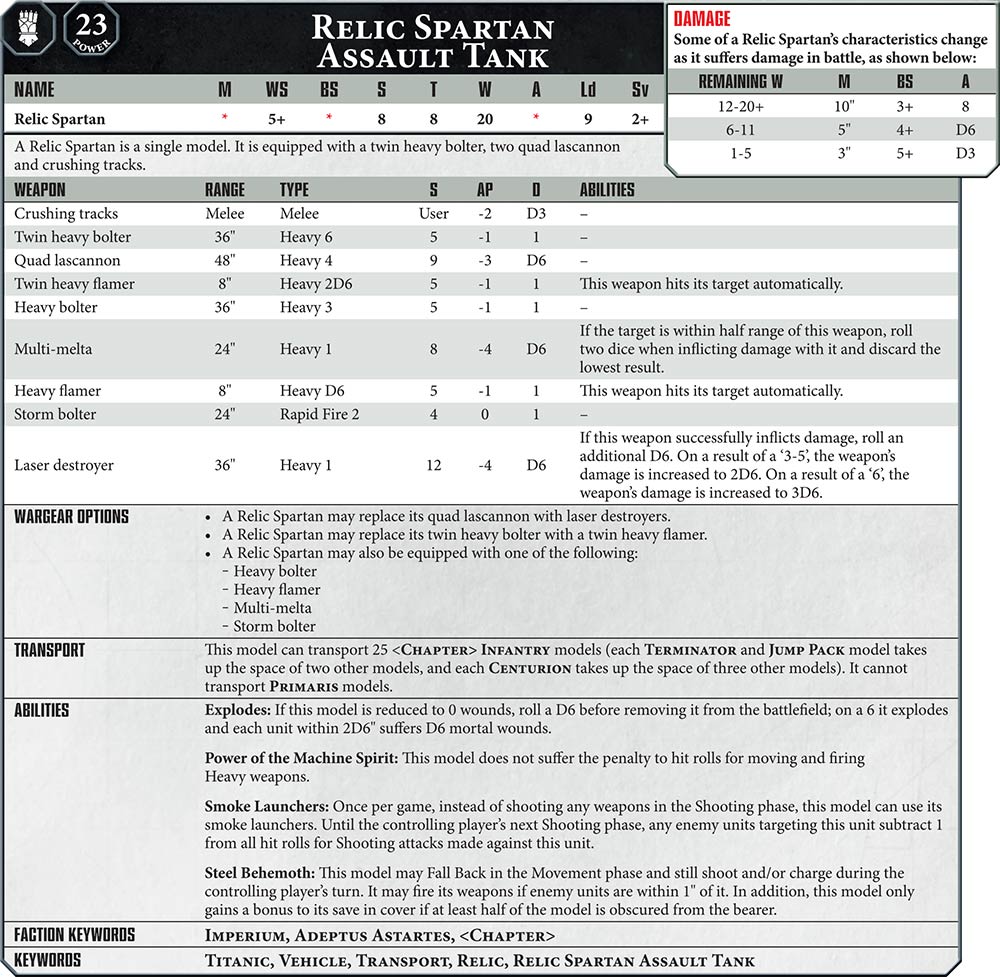 We’ve seen the Land Raider already, and this thing is even tougher, killier and carries more guys. Those quad-lascannons are going to be able to take down pretty much anything over a few turns of firing, and that’s without even considering the fact that these things usually pack a complement of Adeptus Astartes elite combat troops inside.

Next up, let’s look at the Brass Scorpion. 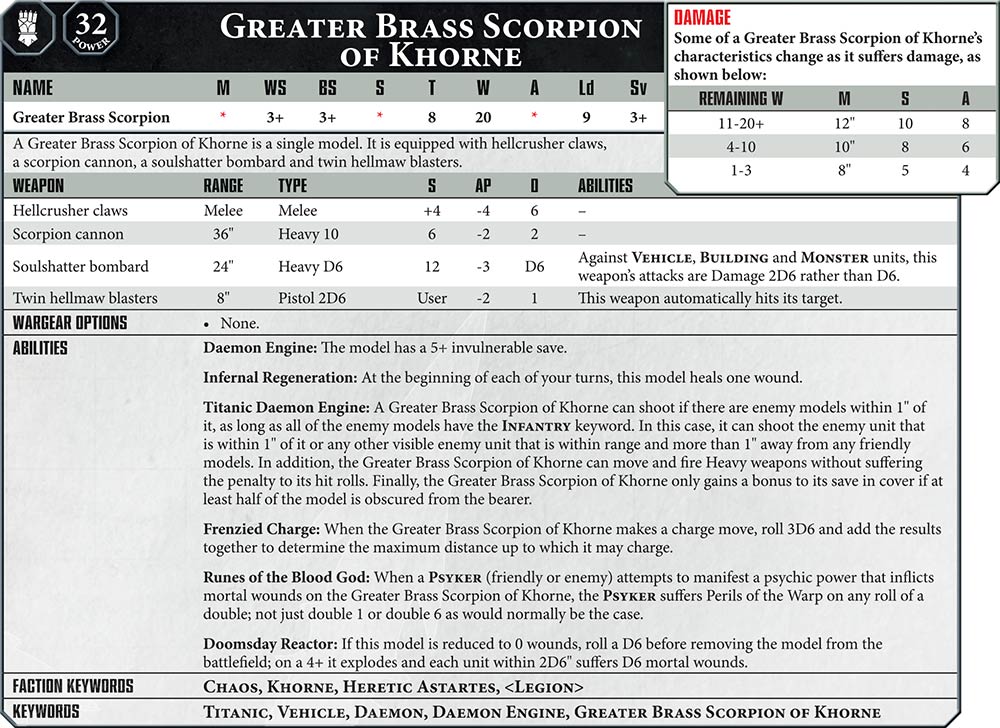 This enormous Daemon Engine is a terror at close range. If you can get it in amongst the enemy army, it will flip battle tanks, shred infantry and pretty much just crush anything it can reach! Snip snip.

So there you go, a bit of a taste of what’s to come in those books.