Hello Frontline Gaming subscribers! SaltyJohn here from TFG Radio to bring you an article with a wide scope. Today let’s dive into what shifts are coming to the Competitive Meta with Newhammer 40k just around the corner.

Before the discussion begins take note that this is written only from the information GW has provided us via their official outlets. Also note, I am not one of the people who play tested the game so don’t expect me to slip up and put any new spoilers out there.

If you’d like to listen along while reading, or simply listen rather than read, you can just click “play” below!

This has happened a lot lately in 40k discussions.

The meta of 40k is going to shift dramatically with the release of New Hammer. That is obvious from the few tidbits we’ve been getting in a slow drip from GW the last month or so. Attempting to make a definitive prediction of what the new meta will entail isn’t possible, but taking a look at what we know via leaks and adding in what we know from Age of Sigmar we can make a few basic predictions regarding the direction the meta is shifting. Please, discuss your thoughts on the article in comments, as more minds are better than 1 at making these types of inferences. 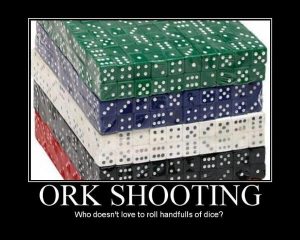 First off let’s discuss the ways in which 40k is changing. The shooting phase has received a bit of an overhaul, particularly in how weapons affect armor saves and the ability to have even basic weapons harm anything. When you couple that with how Twin-Linked has changed we are getting some armies that could potentially end up with massive volume of fire, assuming of course Twin Linked remains a prolific special rule. The shooting phase is set to remain an important part of the game, I argue it’s the most important phase in the game. Overall though the boosts given to Vehicles, and the Assault phase seem primed to make the shooting phase slightly less important than before, but it hardly seems like they will knock the shooting phase off it’s pedestal as the most influential of the phases. 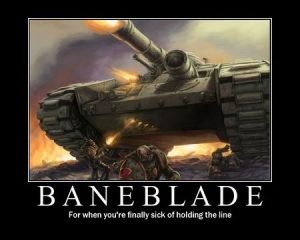 Vehicles have wounds and can fight in the assault phase, they can even charge! All three of those new rules for vehicles are meta shifting. Vehicle stock is certainly on the rise, and no where is that more evident than in walkers, what is formerly known as Super Heavy Walkers, and big tanks. When you couple the meta shifts in the shooting phase with the increased durability of vehicles it is easy to see that Dreadnoughts, Killa Kans, Imperial Knights, even the much maligned Land Raider are getting a huge boost. The simple fact that a lone meltagun in a drop pod can’t one shot your 250 point tank is a huge shift in the meta towards vehicles and away from hordes. 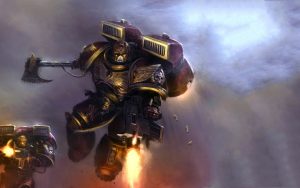 The Assault phase has also seen an overhaul. With units being able to Overwatch every unit charging them, until they’re engaged, Overwatch got a boost! The important changes though are in terms of Initiative, basically going the way of the dinosaurs, and needing to only get to within an inch of the enemy to be engaged. Speaking of engaged you can now, through pile in, draw other units into combat by moving a model to within one inch of a model in a unit not engaged in combat! There is also a new tactical part of assault where choosing which assaults to fight and in which order may become quite important situation to situation. When you combine the new assault mechanics with some of the increased ferocity of some weapons and units, looking at you Berzerkers, it is easy to see a meta where Assault may be an extraordinarily important part of the game as a whole. Again, I am not seeing a scenario in which the shooting phase loses it’s preeminence but the rest of the phases are being lifted closer to it and closing that power gap.

GW has stated categorically that models will die in droves in this edition of 40k. One of the keys to this will be the morale mechanic which has also seen a major overhaul from what we had in 7th edition. No longer does a failed morale check simply make a unit fall back, now morale removes models from the game by doing wounds! A change to the entire morale mechanic basically is huge for the meta. No longer will ignoring morale be simply a case of keeping position but armies that ignore negative morale effects are likely to surge in terms of their viability and use in the meta. 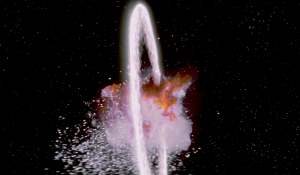 Death Stars and Formations are no more in New Hammer. While I am sure Characters will have ways to buff units around them, and their increased chances of survival due to many not being able to be targeted unless they’re the closest model, means the things that made Death Stars good may remain in the game. Buffs to units, will certainly still exist, but the crazy multiple IC units with the insane number of stacking Universal Special Rules are a thing of the past. The only draw back I see to the Death Star disappearing in it’s current form was that the Death Star was the only real deterrent to some of the meaner artillery lists. On that note, blast templates are gone too so perhaps the artillery list will also see a drop in efficacy in the new meta of 40k. 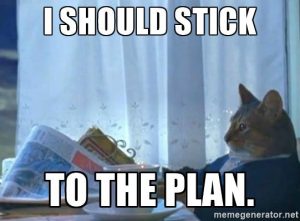 It is difficult to state with any certainty where the meta of competitive 40k will go upon the release of New Hammer. That is one of the most exciting parts about this new edition though. With an overhaul of almost everything from what we’ve known for years a new life will be breathed into 40k and a settling period of several months is bound to be healthy for the game and competitive community as a whole. Overall I think the meta is going to shake out to be a balancing act of armies that can be good at multiple phases but ultimately good at achieving each mission. In 7th sometimes you could win despite the mission, in New Hammer with a meta that is more balanced the missions themselves will become the defining factor. The preview we got of the missions, from GW, made it sound like the missions were staying more or less the same as 7th ed missions but with 6 deployment types instead of 3. Initially this is disheartening to many who had hoped for a rebalance of the missions. What GW didn’t tell us though was in what ways the missions were changed. We were told they would be familiar to those of us who played 7th and that Maelstrom Cards were still a thing. What we were not told was in what ways the missions had been improved to balance the game more within the framework of the new rule set. With the game itself receiving a massive overhaul in terms of rules the missions could probably have become more balanced simply through fixing those mechanics about the missions that were the worst for balance. While I personally would have liked to see brand new missions I have confidence in what GW will give us considering they reached out to the wider community, particularly the American competitive scene, for play testing and input. Couple that with the fact GW is clearly listening to it’s customer base more and how great of a game Age of Sigmar is, post Generals Handbook of course, and we have a recipe for great success. 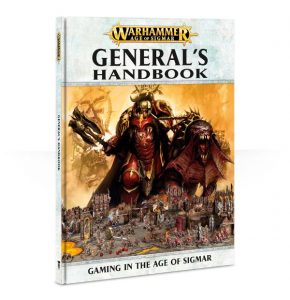 If we want to attempt to predict the meta accurately then the best source to extrapolate from would be Age of Sigmar. Rather than simply extemporize upon the information we get in slow trickles; looking to Age of Sigmar as a prediction for what is to come is probably the safest bet. When Age of Sigmar first came out it became clear that you “could” more or less build armies that were mashed up lists with multiple factions like we saw in 40k. It became readily apparent however that mono-faction builds based around the buffs inherent in taking mono-factions were the most powerful ways to build lists in Age of Sigmar, especially within the context of the General’s Handbooks Matched Play format. Having seen 14 leaked pages of Core Rules and only a smattering of unit specific rules it’s hard to see exactly how things will shake out meta wise. The best indicator is clearly Age of Sigmar coupled with the Battle Forged Army rules and the Detachments. Using Age of Sigmar as a base, which at this point is clearly a good idea, it’s readily apparent that building lists mono-faction will provide the most benefit to the player. In AoS the mono-faction lists have much better synergy within the army to achieve the goals of the missions and defeat your opponent. It is still possible to play armies that are a cobbled together mash up of the best units in the game, like in 7th edition; but without Formations, without Characters working as before, and with the loss of Command Point benefits from that style list, players will be relying solely on the merit of the given units without the benefits of the the plethora of Formation and Independent Character buffs that had been available in 7th; and if Age of Sigmar can teach us anything in this area it teaches us that style of list won’t be great.

All things considered it is impossible to accurately predict the meta as a whole, or even on a deeper level. Certain types of units, vehicles for example, will certainly see their competitive meta stock increase but attempting to predict which vehicles will be great is not possible. We lack the necessary information to predict which armies, build types, or even phases will be the deciding factor in the new meta. If Age of Sigmar can be used as a template once again, we will be looking at a good 12-18 months of play before the meta begins to take shape and the best builds move to the top, just in time for GW to release something new to shake it up again. At least, those are my predictions, let’s hear yours.

14 Responses to “Anticipating the Competitive Meta Change of NewHammer 40k”