The following come from the Warhammer-community page.

Currently, a lot of these rules will reference universal special rules, and you might need to do some digging to find a specific rule in the main rulebook – or just be really good at memorising a lot of rules.

Not for the new Warhammer 40,000 – universal special rules are out, and all the rules for a unit will appear on its datasheet. No more lugging a demi-library of books to every game night to ensure you have all the rules you need. Even the rules for weapons will be on there for the most common weapons the unit is likely to be equipped with. The best way to show you is with an example. We’ll be using the Rubric Marines Datasheet, as requested by Marco Tonino on our Warhammer 40,000 Facebook page. 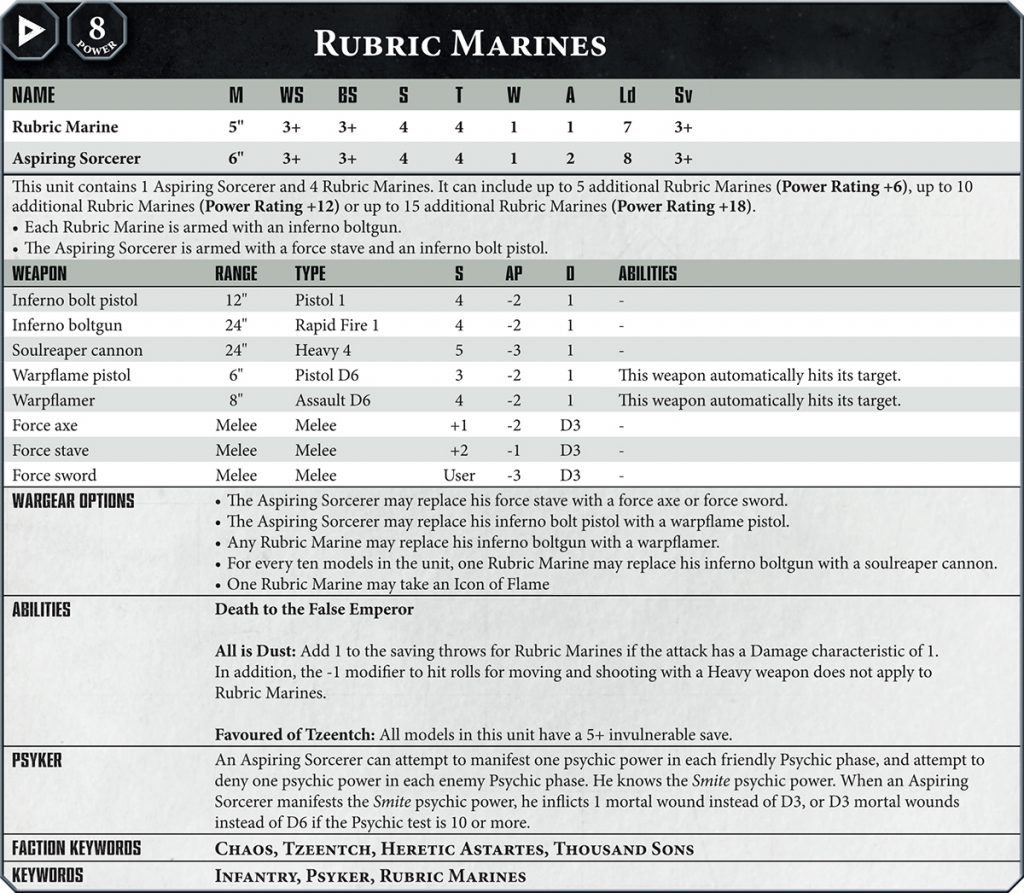 Ok, lots going on in there, so let’s look at a few elements.

At the very top left, we have the Troop icon, which represents the unit’s battlefield role. In this instance, they are a Troops unit for a Thousand Sons force, though they can also be used as an Elite unit, in a wider Chaos Space Marines force (maybe belonging to a Sorcerer pledged to the Black Legion or a renegade warlord).

Next to that, we have Power Level, which we’ll look at in detail tomorrow, but for the moment, suffice to say that it is a quick and easy mechanism for balancing in less competitive narrative or open play games. 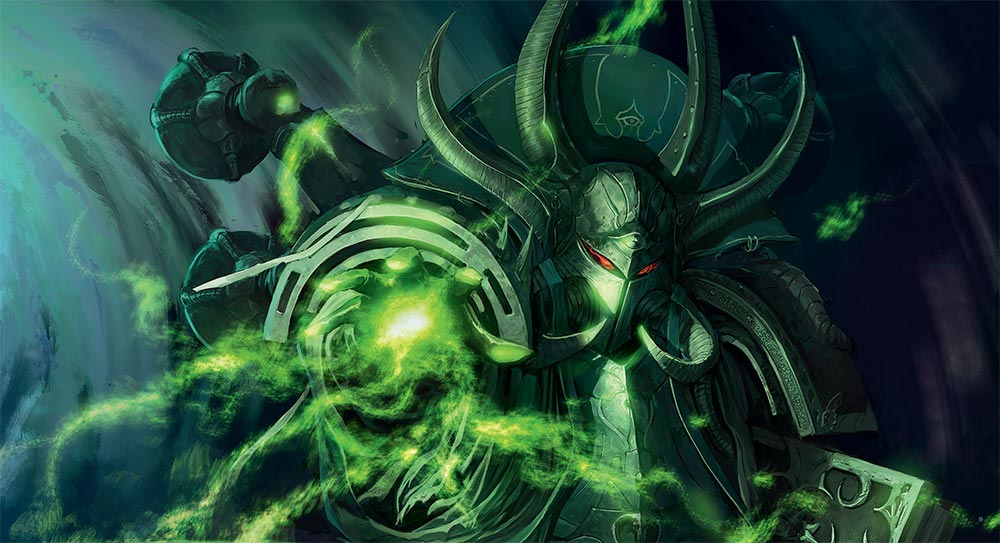 Then we have the unit profile. You can see the Rubric Marine is, perhaps unsurprisingly, quite similar to the Tactical Marine we’ve seen already. These guys are a little slower than their non-dust brothers, whereas the Sorcerer leading the unit is faster and a more deadly close combat fighter with his extra attack.

Wargear options are listed next, along with stats for their weapons. Most units have all their weapons on their datasheet, though some with a lot of options (Space Marine Tactical Squads, for example) will list only the most common.

Next we have Abilities. Universal special rules are out, so any time a unit acts differently to what its stats might indicate, the rules for how will be in here. The bulk of these rules will be written in full, but there might occasionally be an army-wide or very common rule for a given faction that isn’t (like the Death to the False Emperor rule you can see above). These will always be in that same publication, though, to make finding it easy.

After the special abilities and psychic powers are the keywords. There are two types of these.

The first, faction keywords, are what you use when selecting your detachments for a Battle-forged army, and often trigger in-game effects regarding what units gain benefits from certain Characters or can travel in specific Transports.

Other keywords are not involved in selecting an army, and usually have more general battlefield effects – for example, perhaps only Infantry can gain the full benefit of certain types of cover.

So, there are Datasheets and some juicy new Thousand Sons rules to speculate about.

We’ll be back tomorrow to look at points and power levels.