Newhammer and the Blood Angels – The Psychic Phase

Greetings From the Aether!

Captain Morgan reporting in again with another look at GW’s Newhammer rules leaks through a Blood Angels lens. Today’s focus is the psychic phase, and as a Librarian myself, I was very excited to pour this information into my eye-holes. 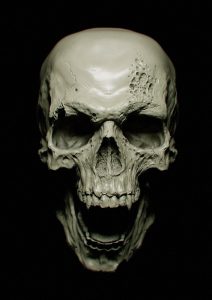 I know you wanted a Rick & Morty reference, but looking at the pictures was too gross. Yuck.

I’ve been a big fan of psykers since I got into the hobby. My first character was Mephiston, which explains a lot, actually. Love it or hate it, the psychic phase in 7th edition was its own animal, and while I don’t hate is as much as some of the 40k multiverse do, I was looking forward to seeing some changes. What GW has put up about the psychic phase raises more questions than it answers, but the biggest thing that will change for psykers is the use or denial of psychic powers. No longer will we have armies with a warp charge pool big enough to swim in, as lone psykers will finally be able to at least do some work in 40k again instead of bringing along a bunch of “psyker-batteries” to power one dude’s spells, and maybe get a turn to cast if he dies. The other big reveal (related to psykers) was that we are now going to be able to go and pick our powers again like in the days of yore, and GW has promised each faction (where relevant) its own unique set of psychic powers.  This likely heralds the end of invisibility, and we will finally not have to worry too much about which power tree to choose from if we aren’t allowed access to telepathy… 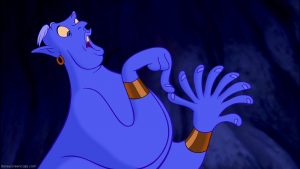 So What Does This Mean for the Blood Angels?

The number one *best* thing that being able to choose your powers does for Blood Angels (and all factions with them) beyond just reliably being able to build your strategy around the powers you want to use is that presumably every power will be made with a reason to choose it. This is a real golden opportunity for GW to make some of the powers useful. Easy candidates for the Blood Angels is the “Wings of Sanguinius” psychic power that had its heyday in 5th edition. In 7th edition, it was just a worse version of levitate (doing the same thing for one more warp charge). This used to be a way that we could advance up the field and threaten, or keep pace with our jump pack troops without paying the points for a jump pack. That’s not the biggest deal for me, though. The biggest deal for me is that we will be able to take one or two psykers and they will not have to rely on a host of allies to make up for a lack of warp charge dice. Since we have some of the most unique psykers in the game, especially the Imperium, this means we’ll get a chance to shine with them. 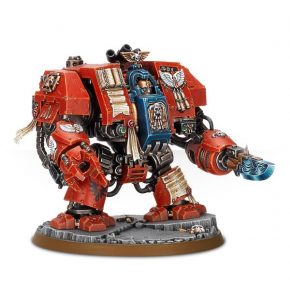 I’m looking at you, big guy.

One of our biggest problems in 7th edition was lacking a way to get enough power dice off to actually cast anything (barring allies), especially against an army that had just a few psychic dice. Even Mephiston-described as the most powerful psyker in the Imperium after the Emperor-struggled casting his powers. What this means is that our Librarians, Furioso Librarians, and Chief Librarian will have a pretty solid chance of reliably casting powers, and that is an incredibly encouraging thought. If we can use Wings of Sanguinius to get our dreads across the table like before, they suddenly become even more threatening on top of the buffs that dreads are getting since they finally have a toughness value. In theory, Furiosos will be even tougher since they had a higher armor value than your normal dread. I think that we are looking at a promising future for the Blood Angels Librarius. 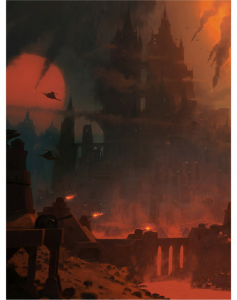 When fireworks are lacking, ammunition will do.

The point that everyone noticed was the fact that there is a stock power that lets you do mortal wounds that are un-savable. I don’t mean to gloss over this, because I think every psyker should have the potential to be a major threat to anything and I am fully on board with this idea. I just wanted to focus more on what makes us unique as a psyker-faction.

So are you ready to dust off your dreads? What powers are you hoping make the cut in the Blood Angels power tree? Let me know in the comments, and follow me on Forge the Narrative for more Newhammer talk!

5 Responses to “Newhammer and the Blood Angels – The Psychic Phase”

Leave a Reply to NovaStar