The Emperor’s Finest? Wishlisting for Space Marines in Newhammer

You are here: Home › 40K › The Emperor’s Finest? Wishlisting for Space Marines in Newhammer 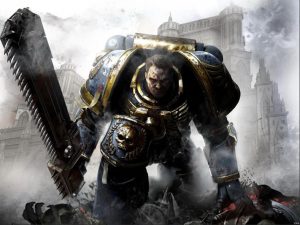 As the poster boys of 40k, expect Space Marines to be front and centre when Newhammer hits the shelves. Join me as I take a look at what I would like to see for the Adeptus Astartes in a new edition of the game.

The Space Marines are an iconic part of the 40k universe and one of the most popular armies in the game. As such, they are bound to be a central focus of any new edition of the game, keeping them one of the most competitive armies on the tabletop. Here are some of my thoughts on the Space Marine army going forward and some suggestions of what we could see.

Remember, all the points below are pure speculation based and do not come from any sources other than my own warped thoughts.

This gives you a number of different ways to play the “same” army and gave you access to great new formations, wargear and Relics. I would hate to see these disappear in a new edition of the game. Here is hoping that each Chapter retains its unique flavour and playstyle in 40k.

Who knows, we might see other Chapters be equally viable on the battlefield. I just hope that my White Scars are still able to field a ton of bikes.

By fix grav, I mean tone it down. Don’t make it an automatic pick for all units in the army. I am guessing that the immobilised result will be disappearing from the game now that vehicles are moving to toughness and wounds. This would help tone down Grav a bit, removing the double stripping of hull points from vehicles. As for the wounding mechanic of Grav, it would be nice to see something similar to make them different to Plasma or Melta Weapons. Perhaps Grav could be S4 and use the save of the enemy model as the toughness. In this way, lightly armoured units would still be more difficult to hit with grav, whereas heavier units could be more easily harmed. The only downside of this would be that many vehicles might be much easier to harm than they currently are in the game. 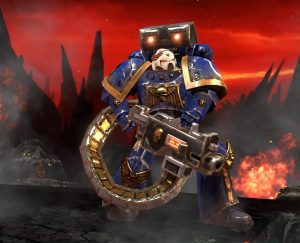 Marines on the Move

One of the more exciting snippets of information released is that Heavy Weapons will now suffer -1 to hit when firing on the move, rather than snap firing. For Space Marines, this is great! Being able to move with heavy weapons and still hit roughly 50% of the time is a huge boost. I am actually looking forward to squads of Devastators with Heavy Bolters advancing on the enemy army and continuing to pump out vast quantities of accurate firepower. The humble Missile Launcher might see more use as it may now be able to fire fairly effectively on the move.

This will also make putting Heavy Weapons in Drop Pods or other transport vehicles much more useful, as they will still be able to do decent damage on the turns that they move and disembark.

And They Shall Know No Fear

The cornerstone of the Space Marine army will no doubt need to be updated with changes to Morale, shooting and close combat in a new edition of the game.

Perhaps ATSKNF will give Marine armies a bonus to their “battleshock” rolls, giving them a re-roll to help them suffer fewer casualties as a result of the roll. Alternatively, the rule could allow Marines to act normally after “falling back” from combat in the movement phase. This would be very similar to the current rule, but could prove to be a little too powerful in Newhammer. 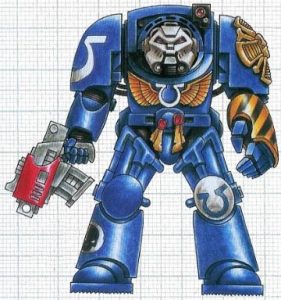 From what we have seen so far, Terminators are due for some changes in the new edition. Going up to two wounds is great, and what some players have been asking for for a long time. They retain their 2+ armour save, but may also get access to some form of invulnerable save as well. The bonus to cover saves for cover will be useful for them, hopefully enabling a dug-in unit of Terminators to be a very tough prospect to shift. I know many older players were hoping for a return to the 3+ save on 2D6 for Terminators, but I am glad that they did not. That may work well for individual Terminators in a skirmish game such as Shadow War Armageddon, but for a unit in a game like 40k, it would have created even more hassle, with having to roll for each wound individually.

Getting to strike first if you charge is also a great bonus. I’m not sure if this will still apply to weapons such as Power Fists, but how amazing would it be if it did! Getting to charge and strike first with such powerful weapons would allow Terminators to mess up most units in the game. Imagine a Terminator squad being a much feared unit in 40k once more. I can see the Power Fist getting to do multiple wounds (probably D3, but maybe even D6) to help them deal with vehicles and monstrous creatures. 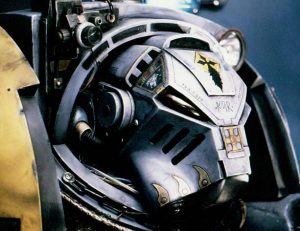 Some form of Relentless to allow them to move and fire Heavy Weapons without penalty would also be useful.

What I really want though is for Terminators to be great again and actually be a valid addition to the Space Marine army. I may be biased due to my large Deathwing army, but it would be great to see Terminators become a stable of many Space Marine armies. Imagine your shock if you showed up to your next 40k tournament to see units of Terminators on the tabletop. 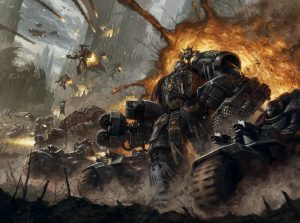 So, those are just some of my thoughts based on the rules reveals seen so far and what I would hope for in the next edition of the game. Is there anything you would like to see for Marines in the future?

5 Responses to “The Emperor’s Finest? Wishlisting for Space Marines in Newhammer”

Leave a Reply to tombranstetter