WarmaHordes: An Introduction to Theme Lists

You are here: Home › Tactics › Warmachine › WarmaHordes: An Introduction to Theme Lists

Theme lists, pie in the sky, or is the sky falling? Let’s find out! Check the Tactics Corner for more great articles!

Hey guys, BigVik here with a different kind of article, let’s have a discussion about theme lists in Mark 3. Every faction has at least one, and some factions will have 3 in the near future.

As opposed to an overview of each, I wanted to look at some of the ones that are causing a stir in the meta, so we’ll be looking at Khador’s first, and very powerful, theme list. 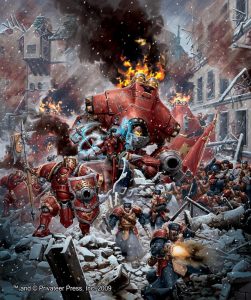 Before we start into the theme forces themselves, however, let’s look at the ‘templates’ which these theme forces occupy. As of the writing of this article there are 2 archetypes of theme forces so far, infantry centric and jack/beast centric. 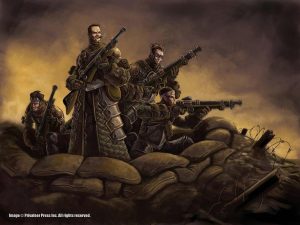 For every 20 points of infantry you get a free solo, often with faction specific caveats

The units, warcaster, or jack get some small blanket ability (sometimes not so small)

A tertiary ability that affects something else, it could be reposition 3 on your solos, or something along those lines

These forces will be crimped to only include one theme of infantry, the Trollbloods pretty much removes guns, the Protectorate one only allows flameguard models, etc.

For every 25 points of warjack/beast you get a free solo, again faction specific caveats often apply.

A tertiary benefit, it may be having your upkeeps cast first turn, or get advanced move for your jacks.

These forces will often only allow support solos and units which help to increase the viability of your jack/beast heavy list. 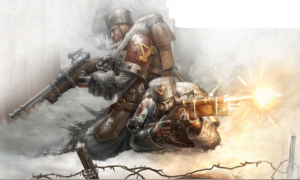 The Benefits? For every 20 points of winterguard models, you get a free winterguard solo, CA, or weapon team, but sorry, you have to pay for kovnik Joe. Warcasters get sac pawn Winter Guard infantry, and finally for each Winter Guard unit, a heavy ‘jack gets advance move.

Typical composition? There are 2 ways of playing this, you can go with the Vlad 1, with either 3 marauders for more boxes and colossal hunting, or 2 destroyers for more shooting. Add in 4 min rifle corps with max rocketeers, Kovnik Joe, a couple field gun crews, with salt and pepper to taste.

Why it’s scary? The rockets… all the rockets… oh and they’re under signs and portents, so they’ll be rat 5 or 7 additional die discard the lowest to hit, and pow 12 boosted, another additional die discard the lowest for damage if it directly hits. With 12 of these, it hits hard, oh and if you’re having problems hitting then apply Kovnik Joe to a field gun, for rat 7 or rat 9 with aiming, knock the target down, and apply a dozen rockets to mess your opponent’s day up.

Well that’s my first installment of discussing theme lists, tell me what army layouts you guys are playing, and what list you might want to drop into this kind of insufferable gunline?

And be sure to tell me if there’s a specific article you guys want to see!

Posted on March 22, 2017 by BigVik in Tactics, Warmachine