There is no doubt that 40k has bloated significantly in the past few years and in a variety of ways. Many armies can summon now, not just Daemons, with units like the Psyclopia Cabal, Psykana Division, and Librarius Conclave being chief at getting easy summons off. We also have other units like the Tau Piranha formation that drops off massive amounts of drones only to go off and come back with more. Genestealer Cults can summon new units as well and even orks can get on the Daemon summoning train. We also have many formations that regain lost units like the CSM Legion formation and at least a couple of Tyranid formations. 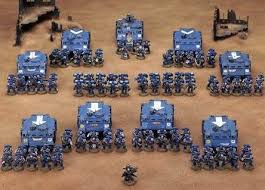 Then there is the rising trend of free units and upgrades. Battle company is chief among these as they can get around 12 free transports for their various squads. This makes an already large army even larger and sucks up time to play. As GW continues to use rules to sell models (not necessarily a bad thing) there is more and more that a player has to keep track of and use during games.

Then there is the reduction in cost of units that GW is pushing as well. Many models are now cheaper and therefore it is able for a general to field much larger forces. Larger forces take longer to play typically. Also, many armies are able to spam high volume shooting and psychic forces that drain a lot of time in that phase. Renegades anyone?

The problem is time. A recent Major event saw many games not getting past 3 rounds with at least one game not getting past two. I was playing my Genestealer cult and two of my games got to turn three with the others getting farther, but most of my games had to use the splitting of last turn mechanic where if we were 20 minutes or less in the game we each got 10 or less and finished the game that way. The last game of the LVO 40k Champs only went to turn 4, with both players splitting the last 30 minutes of play. This is not ideal. 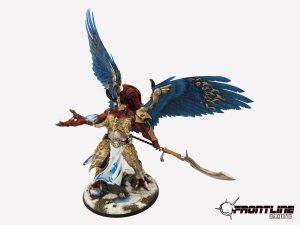 So here are some problem when it comes to timed events in a list format.

Keep the Time in Mind 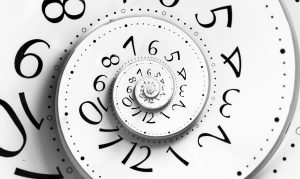 Minutes per round (5 Rounds)

Minutes per round (6 Rounds)

Yes, there is some hyperbole here. Some armies take longer to deploy while other armies are rather quick. Some armies take no time at all such as a drop pod army, but their deployment comes in those first couple of turns. The main point to look at is how much time a player has for each round. In a two and a half hour game you only have 10 minutes to complete each round to get to turn 6. This is an average. Most turns are bigger in the beginning and shorter near the end, but that means that you only have 60 minutes to do your entire armies turns in if each player is to have an even amount of time. Yes Max, I hear you that different armies function in their own way and some take longer than others, but in a tournament setting, many games are not completing to a natural conclusion if my half baked casual polling is of any good! 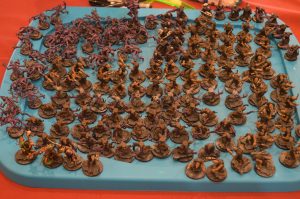 Again, you will spend more time in the beginning of the game than in the latter part, but still, you will need to make up that time in those latter turns.

TL:DR The game is bloated and tournaments can’t give enough time for natural conclusions. What are we to do?

Longer Tournament Rounds – Adding more time would be a good thing. Most tournaments are at the 2.5 to 2.75 hour rounds which is barely enough. I feel 2.75 is the minimum needed for events.

Smaller armies – 1650 was floated as the ITC level but got shot down. I’d love to collect data at this years LVO to see how many games not to a natural rolling dice conclusion. Devils Advocate – at 1850 my GSC army has 169 models. At 1650 it still has 146 models. That’s still a ton. 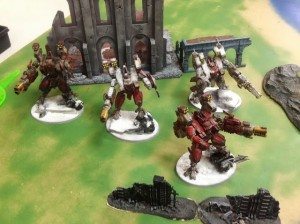 Time clocks – Some type of chess type clock would make things “Fair” but some armies do take longer than others. I use Objective Secured to time my games and use it more to keep me honest, but this could be an option.

I think something will need to be done to make the tournament scene a better place for games to finish in a natural time setting. I think longer standard games and smaller armies are the best bet to get these games done on time. What about you? Are you experiencing something similar? If you went to LVO, how many of your games went to a natural conclusion?

Remember, Frontline Gaming offers up to 25% off on Games Workshop products every day if you’re looking to start a new army or add to an existing one.