Keep coming back here for live updates throughout the entire day 1 of the LVO. Including 40k champs report, the prettiest army pictures, interviews with TOs of multiple events, and whatever other interesting things I can find. The newest updates will be marked with a red timeline heading.

Hey guys everything is underway, we have an Ork War Convocation matchup live on Twitch. Look up the player’s lists on the BCP player app. John McCool, and Jason Wolfe.

We also have some amazing armies on display. Here are just a few pictures check the day 1 gallery tonight for all the pictures I took today. 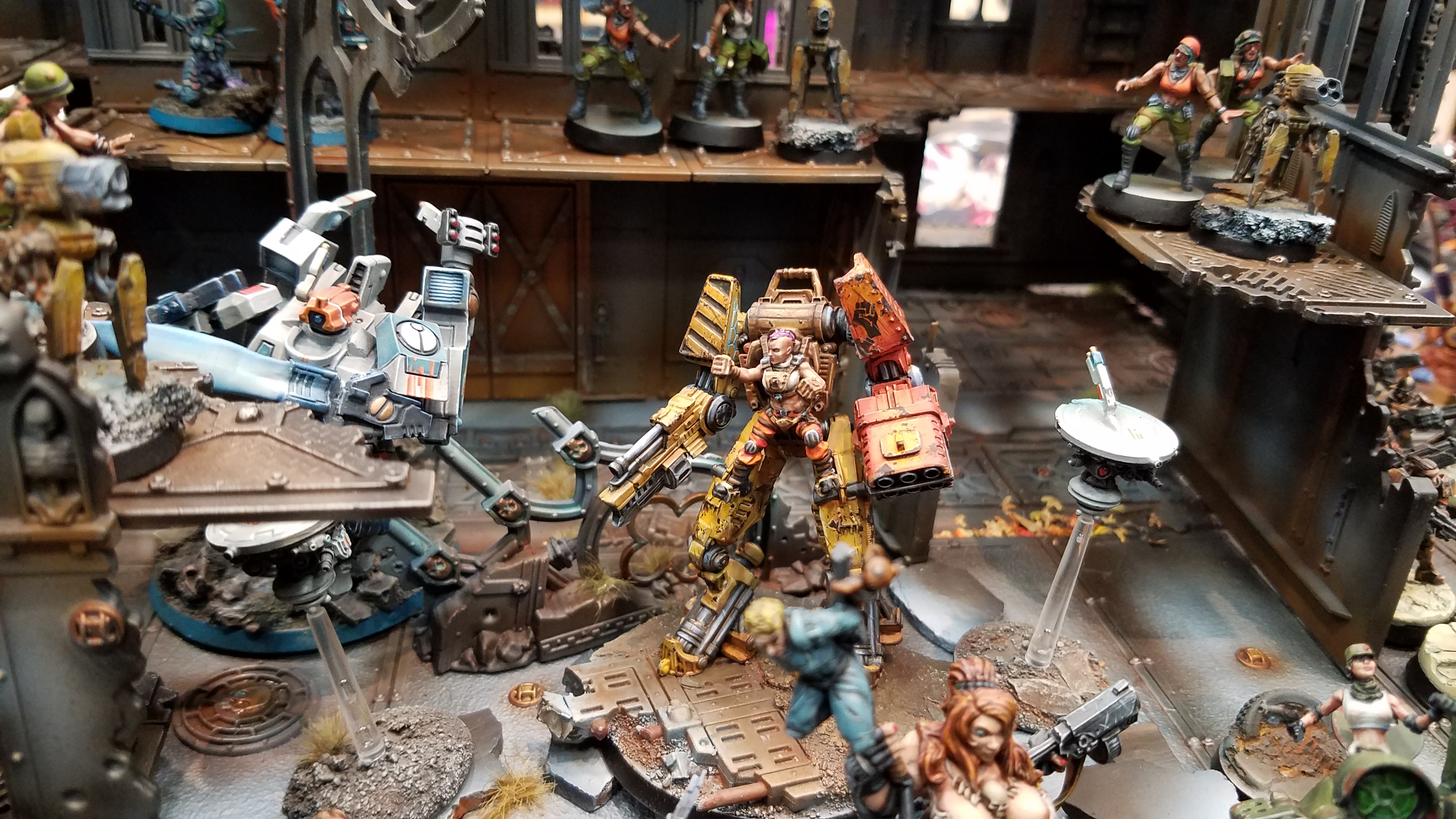 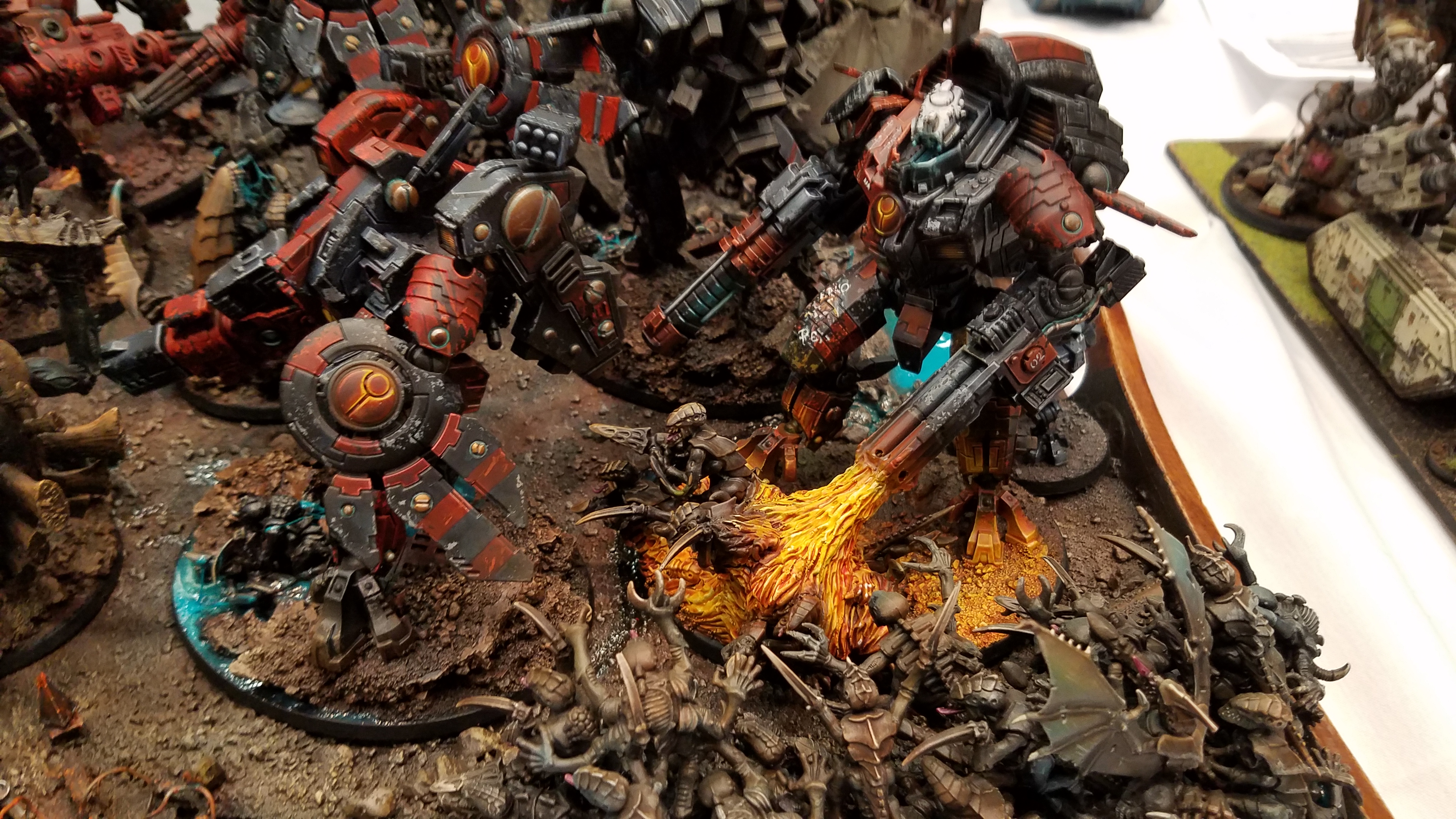 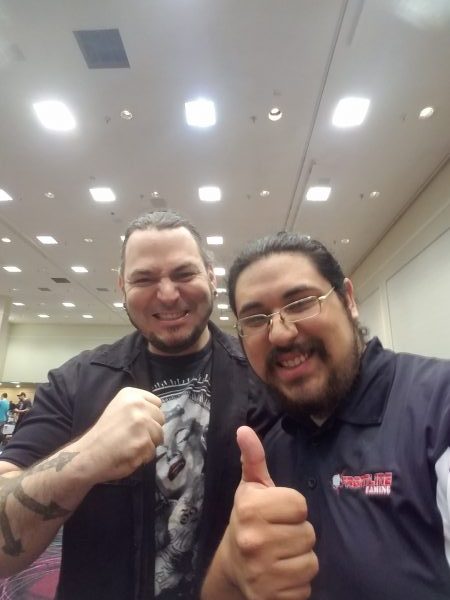 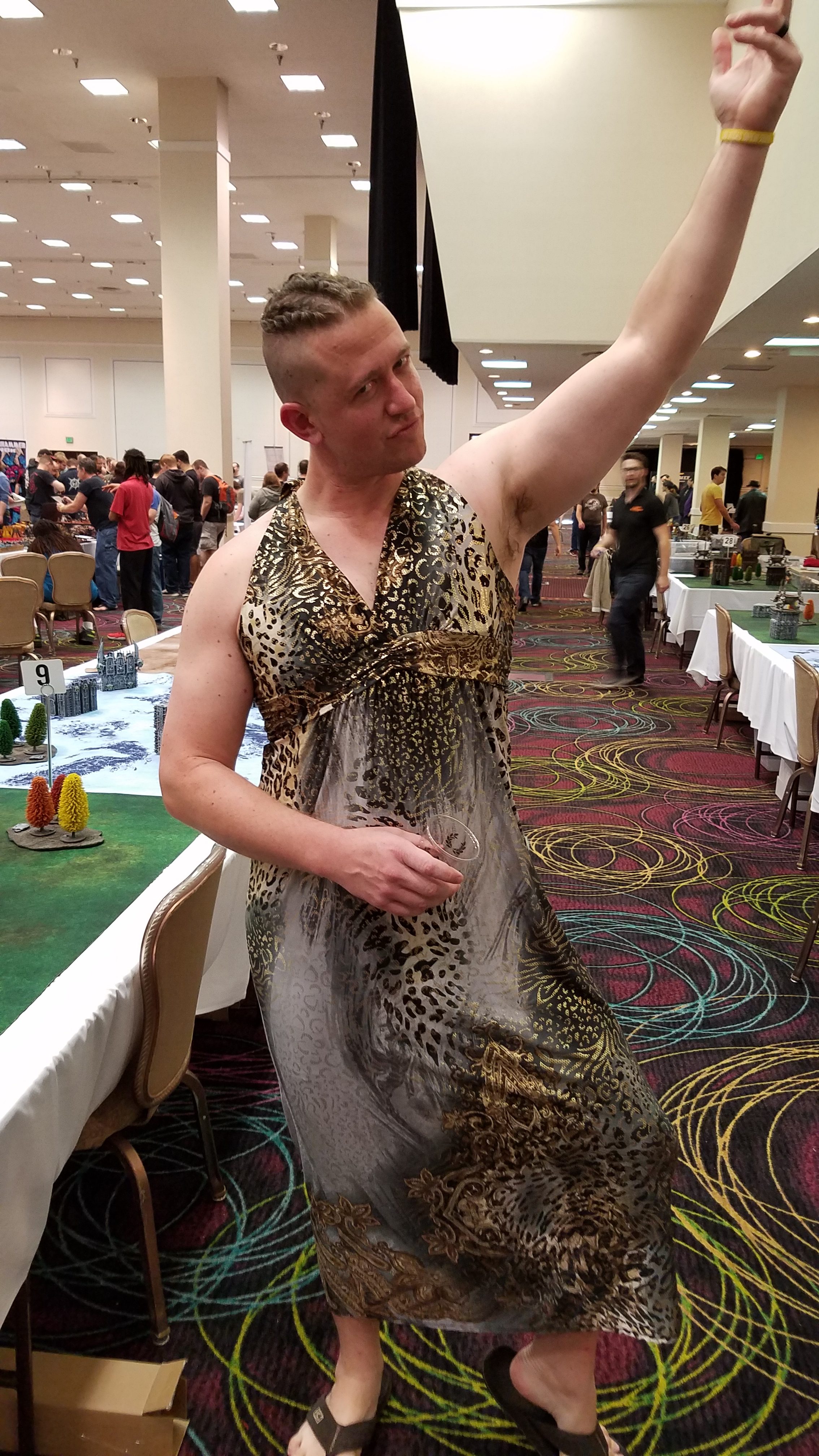 Ryan Mead is being a good sport about the bet he lost.

We had one amazing match up between Aaron Aelong and Nick Rose in round 1. It was a close game and could have easily been a top table game at the event.

There were no real upsets this round however there are some intense match ups to watch.

Two top competitors versus two top players from a hot young up and coming team. This is a great test to prove if Relentless D is a serious contender or not.

Here is the rest of the twitch media schedule for Friday. Tune in to the day 2 round up for Saturday’s schedule. 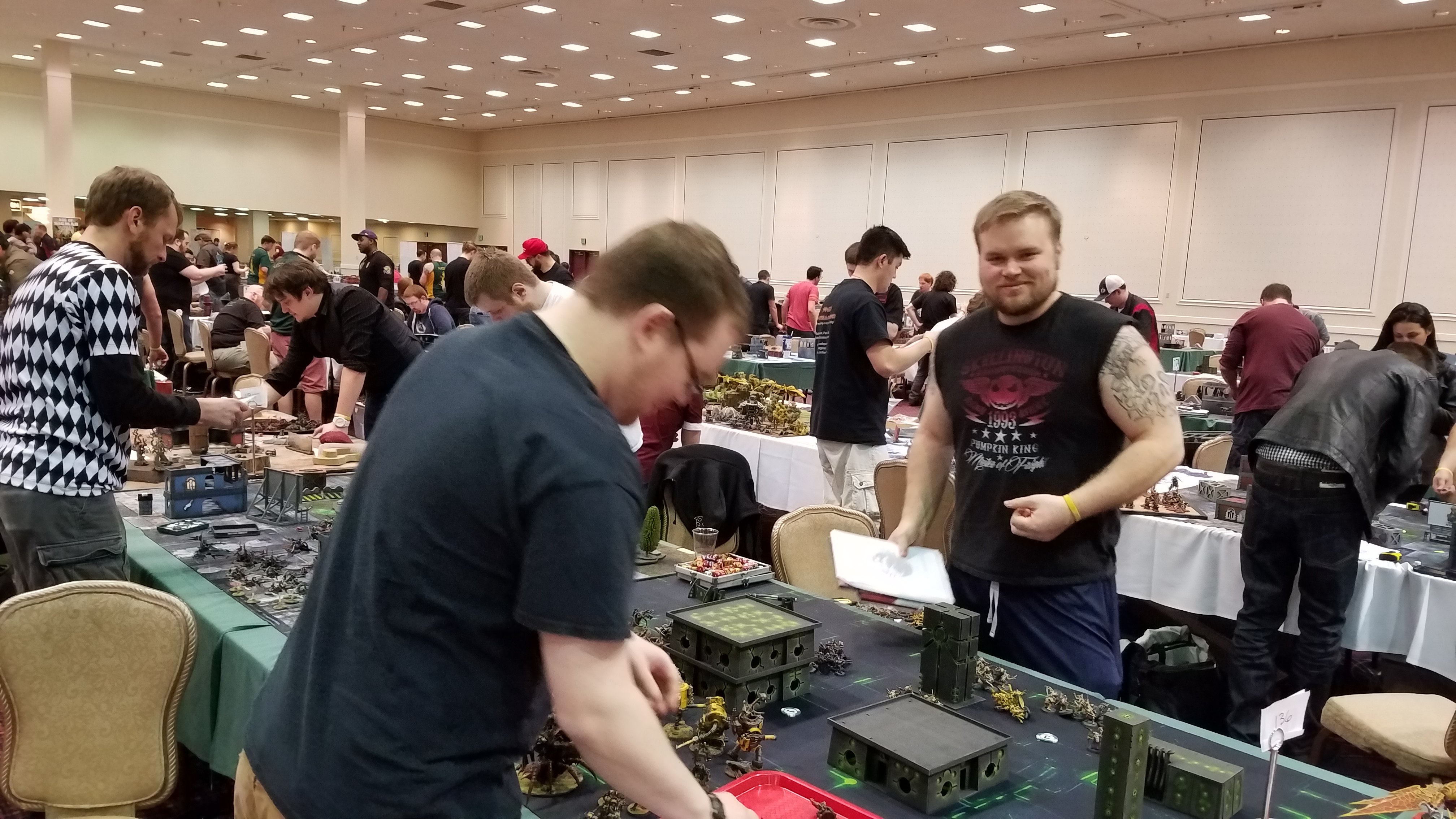 Geoff “Incontrol” is playing the number 1 ranked ITC player in the world, Matt Root. Head over to our Facebook page for live coverage there.

There were also two more amazing matches between,

Looks like there were a lot of ties at the end of round 3. Right now we currently have 39 players with a 3-0 record and another 19 players with a 2-0-1 record. These 58 players pretty much have a legitimate shot at the top 8 if any of them wins out on day 2. Any other players need a LOT more draws and plenty of luck if they want to make it into the top 8 with a 5-1 record.

Below is the facebook live video of Matt Root playing Geoff Robinson. It was a great game and is a good watch, with plenty of sass, comedy, and tactical play.