Warmachine and Hordes: the Basics

Hi everyone, my name is Zealotic. I’m one of the Frontline studio painters, an avid 40k, Warmachine, and fledgling Dropfleet Commander player. This will be the start of my series of articles introducing you all to the big wide world of Warmahordes!

We’re going to start today with the basic concept of the game! 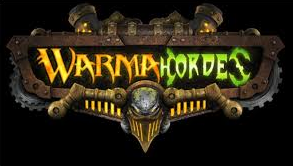 Warmahordes is short for Warmachine and Hordes. A bit analogous to 40k and fantasy of old, but designed to be played interchangeably with similar base mechanics. 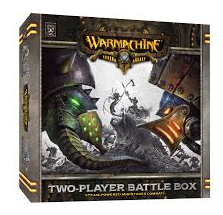 A Warcaster has a focus stat which is signifies to the amount of magical power she brings to bear each turn to use as she sees fit. This limited resource is used to cast spells, gain and augment attacks, and to increase the utility of the Warjacks in her battlegroup by allowing them to run, charge, perform power attacks (which will be discussed in a later article), and augment attacks.

Warrior models can be armed with anything from knives, to rocket launchers, and a light tunic, to the implantation of magically forged steam power armor capable of rending squadrons of foes in one fell swoop! 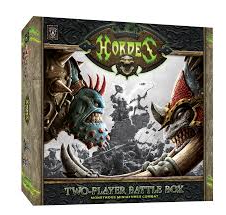 Hordes is a fantasy game set in the same world as Warmachine. Armies consist of a Warlock, his battlegroup, consisting of a number of Warbeasts, and 10 to 20 warrior models.

A Warlock functions using a parasitic relationship with his warbeasts, allowing him to leach a portion of the beasts’ great fury in to power that Warlock can wield to gain and augments attacks, as well as cast spells. The Warlock can, in addition to the spells which he knows, gain animi inherent to the beasts he commands allowing him to expand the spells at his disposal in accordance with his battlegroup.

Warlocks can then force Warbeasts to charges, augment attacks, and cast their animi, to destroy his foes, and supply the Warlock with fury for the next turn.

This is not without its risks, however, as a beast which does not have all its fury leached off of it has a chance to frenzy based on its threshold (again, discussed more in a later article). 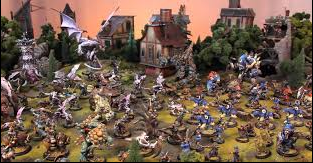 Warmachine and Hordes are two sides of the same coin. Whereas Warmachine consists of resource management, Hordes is a risk management game, allowing for armies to have a different feel to them, while being balanced and fun to play.

My personal draw to Warmahordes is that there are no factions which are completely out moded by the designers of the game. Every faction is played competitively and has tournament wins on the books with a variety of play styles being used.

A current sore spot with many Warmahordes players is that there is an errata every six months to improve the wording and balance of the game. When I found out they were going to be doing this I was ecstatic! You mean if there’s a wording problem with a new release that I don’t have to wait almost a year for the issue to be resolved by Privateer Press? Sounds amazing!

Posted on December 31, 2016 by Reecius in Editorial, Hordes, Warmachine

← Signals from the Frontline #495
Chapter Tactics #15: ITC in Australia and a January Update →