Jay W. brings us part 3 of his terrain series: Return of the WAAAGH!!

This time we are going to cover some of the options you have in making a dynamic table. You can read part 2, here. This is where your creativity can really go wild. It is becoming more and more common for tables to have moving parts, or other functional elements like lighting. Adding custom elements like this looks great, but it can be a very lengthy and expensive process. Our budget on this build was limited, so we chose a less expensive approach.

For this table we decided that it would be ideal to design a couple of terrain pieces that would capture the movement and chaos of an Ork assault. We imagined the sky being filled with Ork and imperial aircraft doing battle, while massive roks thunder through the atmosphere to pummel defences and deliver boyz to the front.

The solution we came up with was to add models that were caught in action. We wanted flying models, but then faced the challenge of integrating them into terrain that made them both tactical and functional.

To solve this problem we decided to make larger and slightly built up bases for our flying models. Although the actual models have no value as terrain in the game, the bases we put them on can still serve a tactical purpose.

The first model we came up with was the kamakazi rok, complete with fiery trail and pilot. The base is not overly large, but can provide cover to a small vehicle or squad. 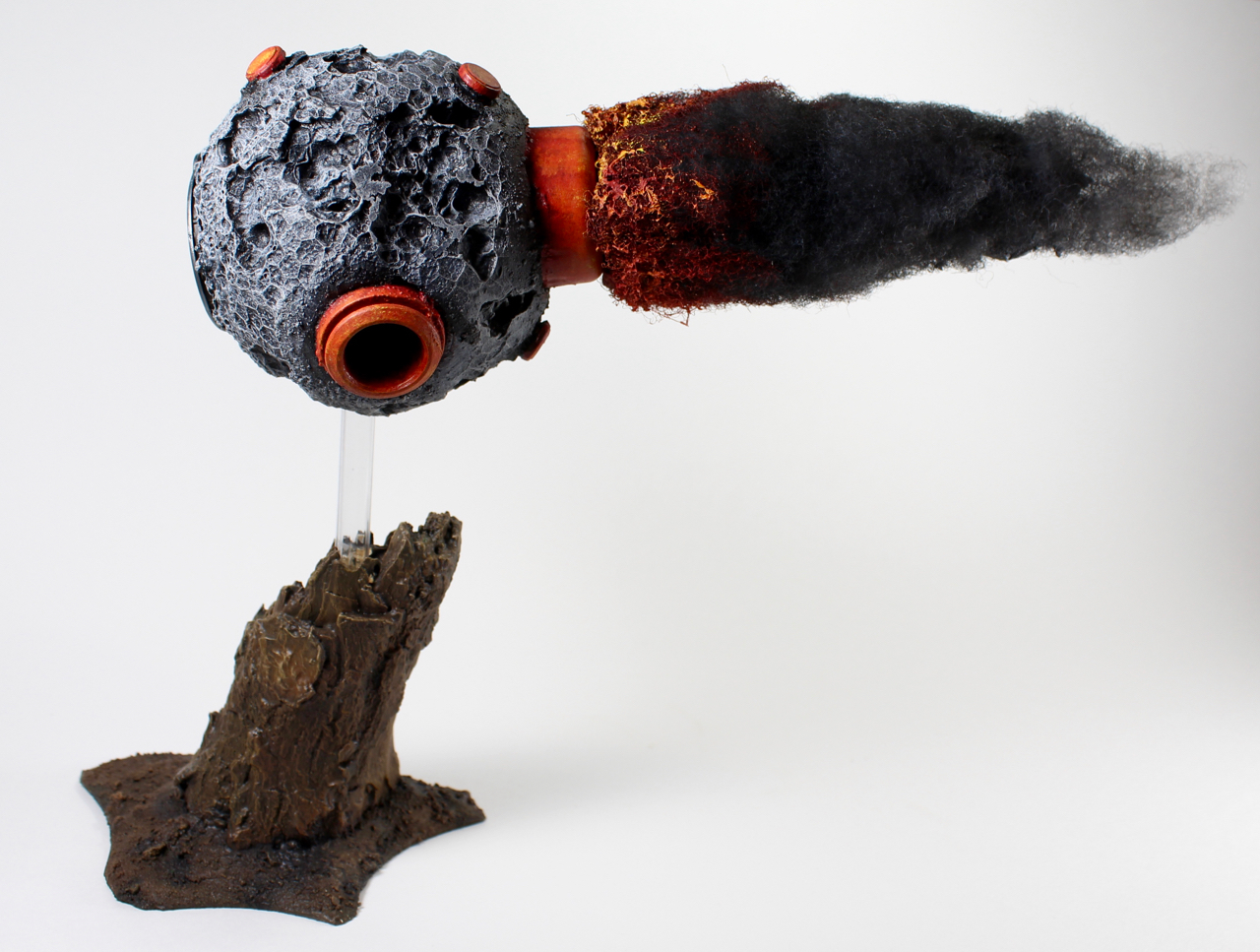 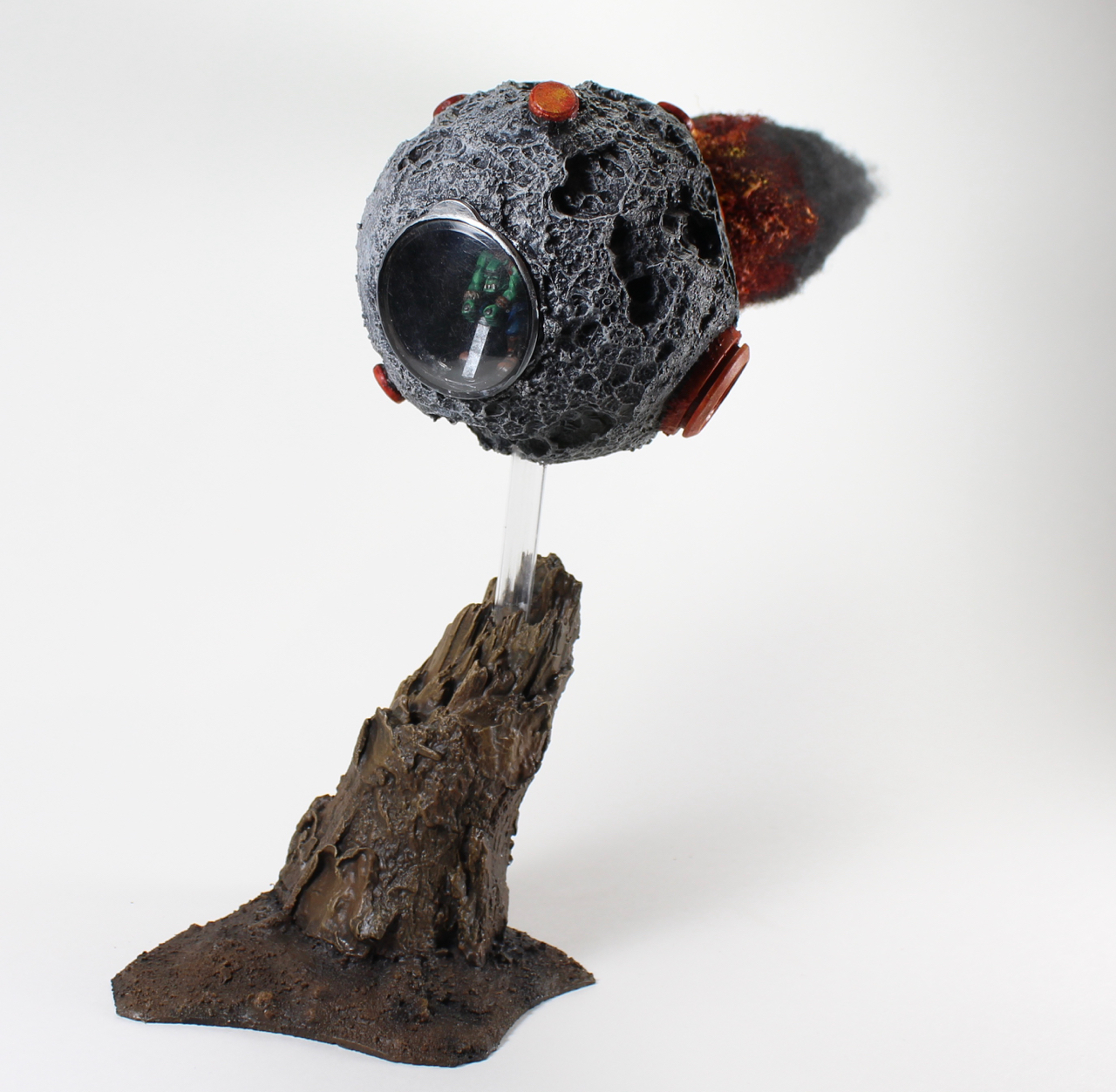 The second of the dynamic duo is a custom built dakkajet. Here we get to see how the colours will look on the desert wasteland mat. 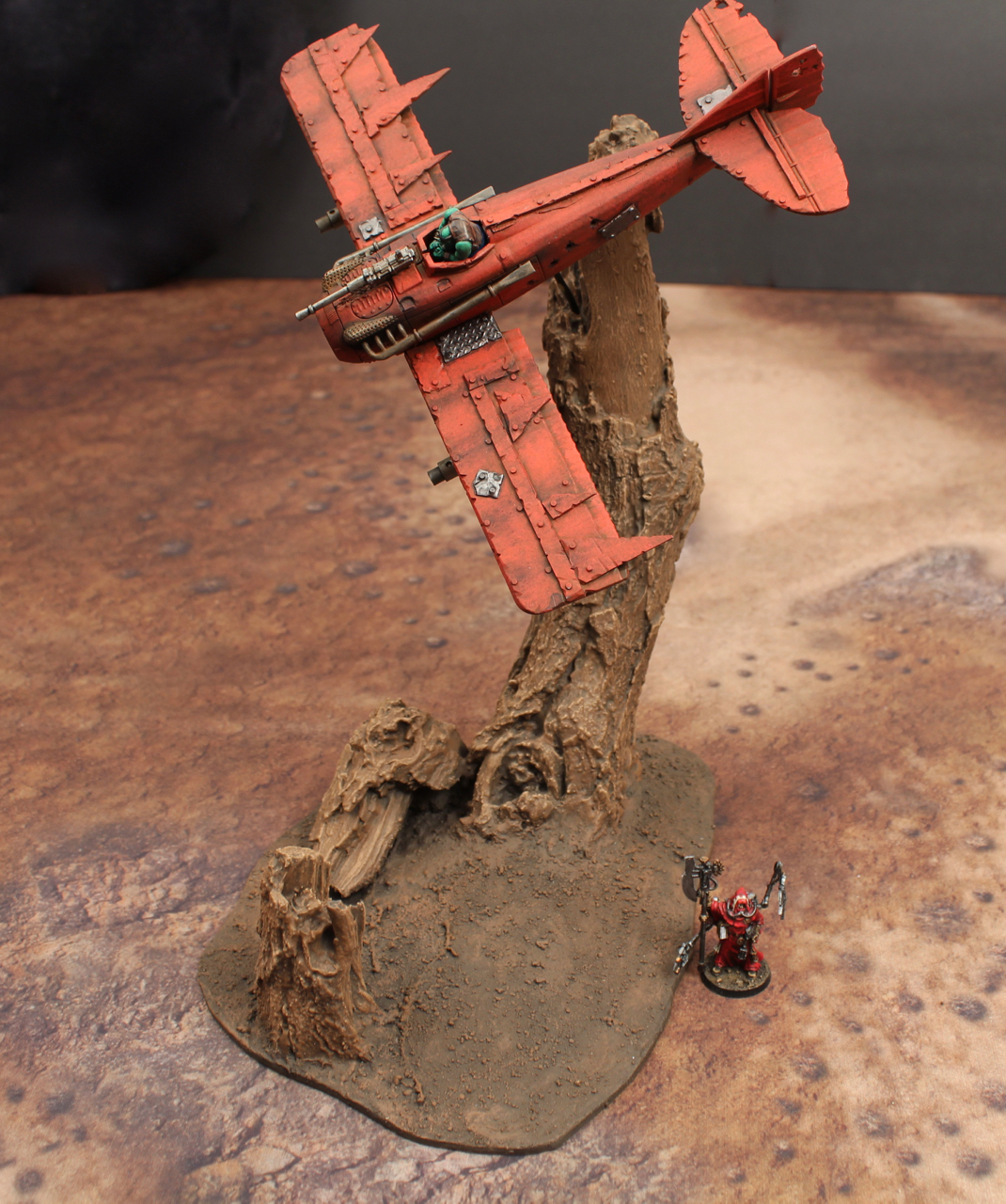 In the next article we will pull it all together, with finishing touches on the deffstar, kill cruizer, and maybe a glimpse of the the whole set up.