Creating a custom game table usually begins with a theme. There are literally hundreds of themes to choose from, as the 40k universe is vast, and contains everything from mundane imperial worlds, to the bizarre and macabre found within the eye of terror. Some things to consider when imaging your own table are the general environment (forest, desert, urban), the season, level of technology, and combat disposition (is it a new conflict, or has it been a long war, with fortifications, trenches etc).

For the Waaagh!! table we drew inspiration from the historic battles of Armageddon. Our environment was to be a desert waste, season was unimportant, as deserts almost always appear dry and devoid of life, the level of technology also was not a factor. What was important in this case was disposition. We decided early on that the table was going to represent the opening phase of an ork planetary assault. To accomplish this, we decided to create crashed ork ships as our main type of terrain.

The lore tells us that orks use a variety of craft during a planetary assaults. Landing pods, asteroids (roks), and aircraft are all part of the initial attack wave. 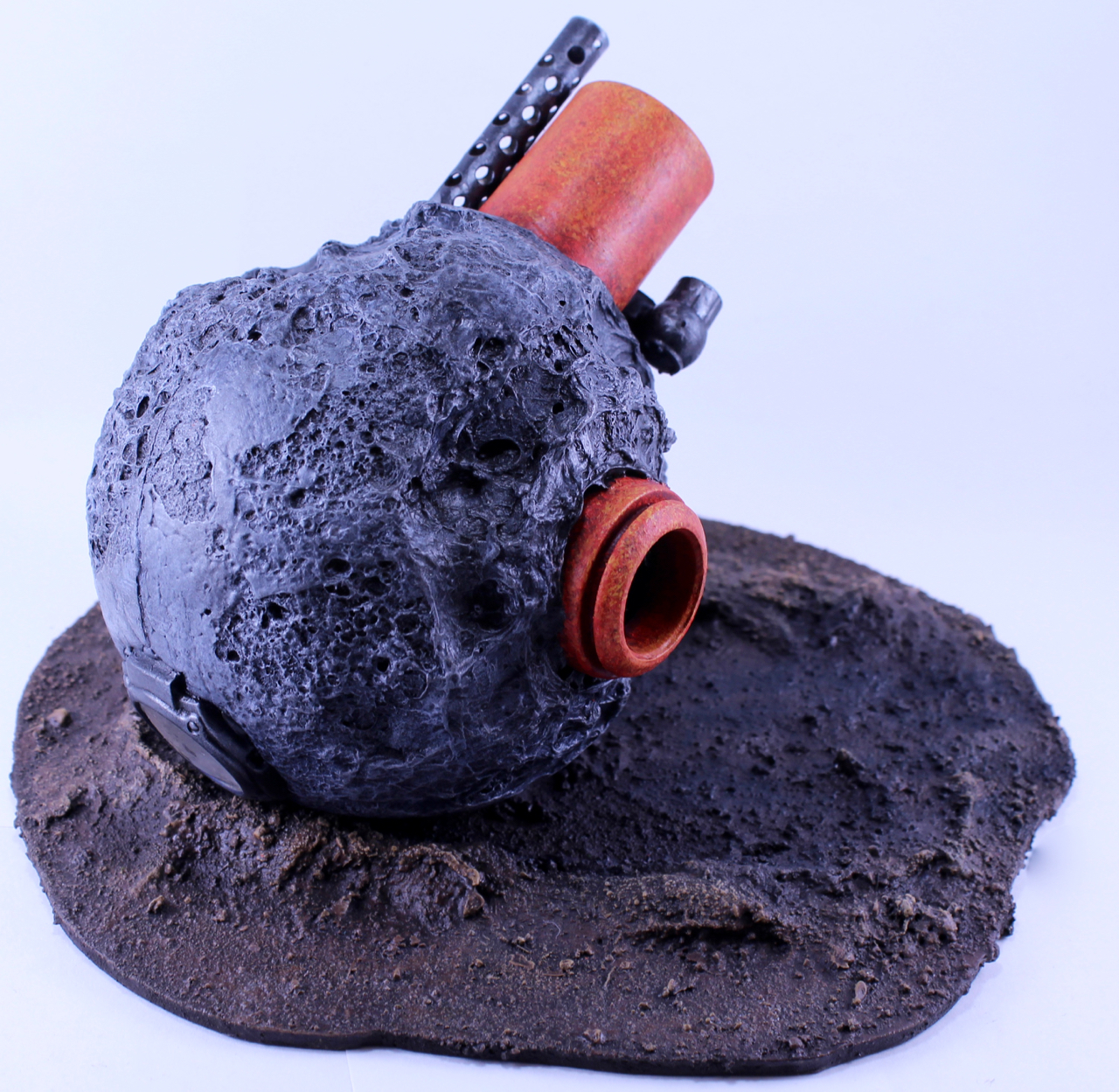 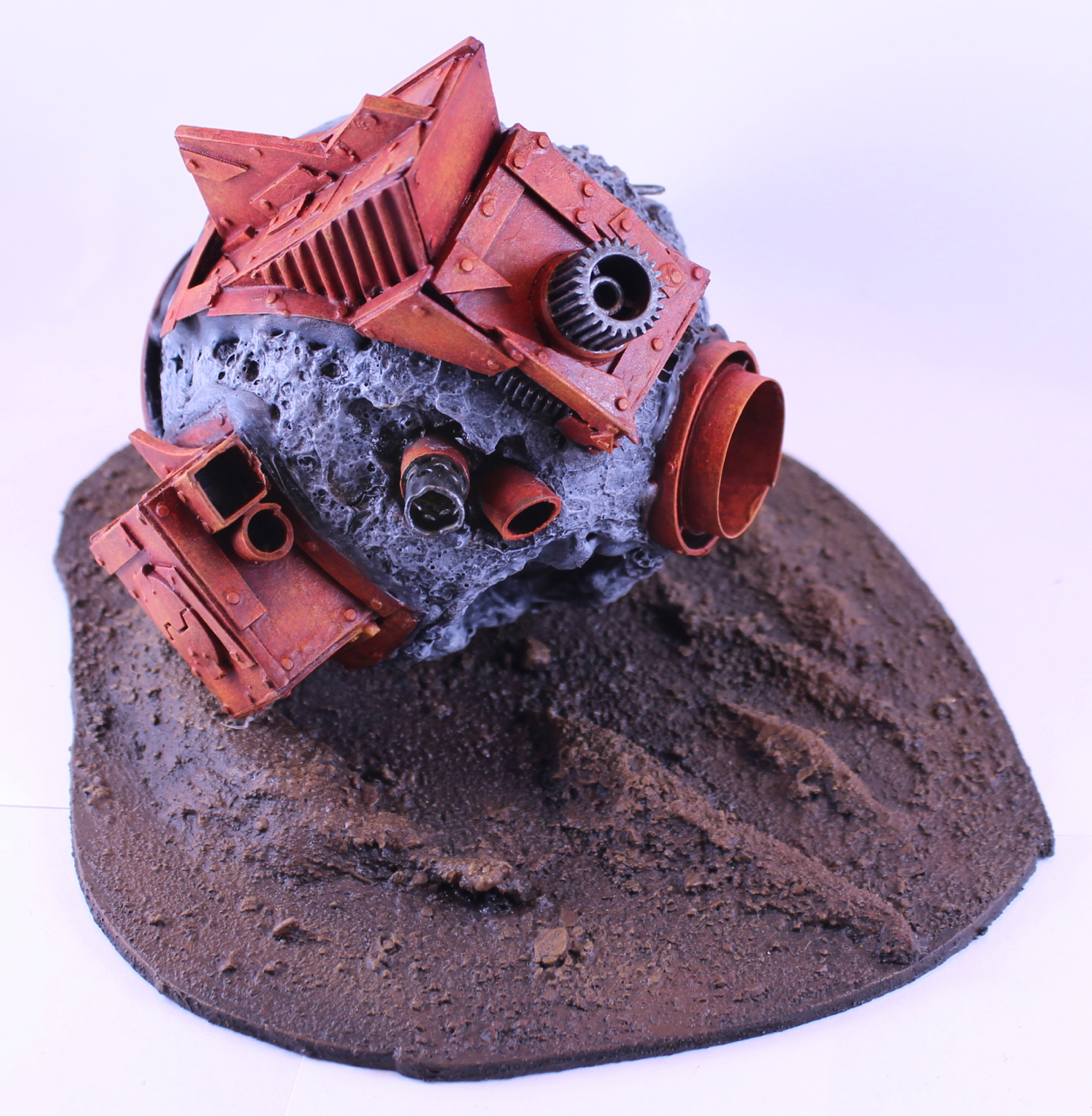 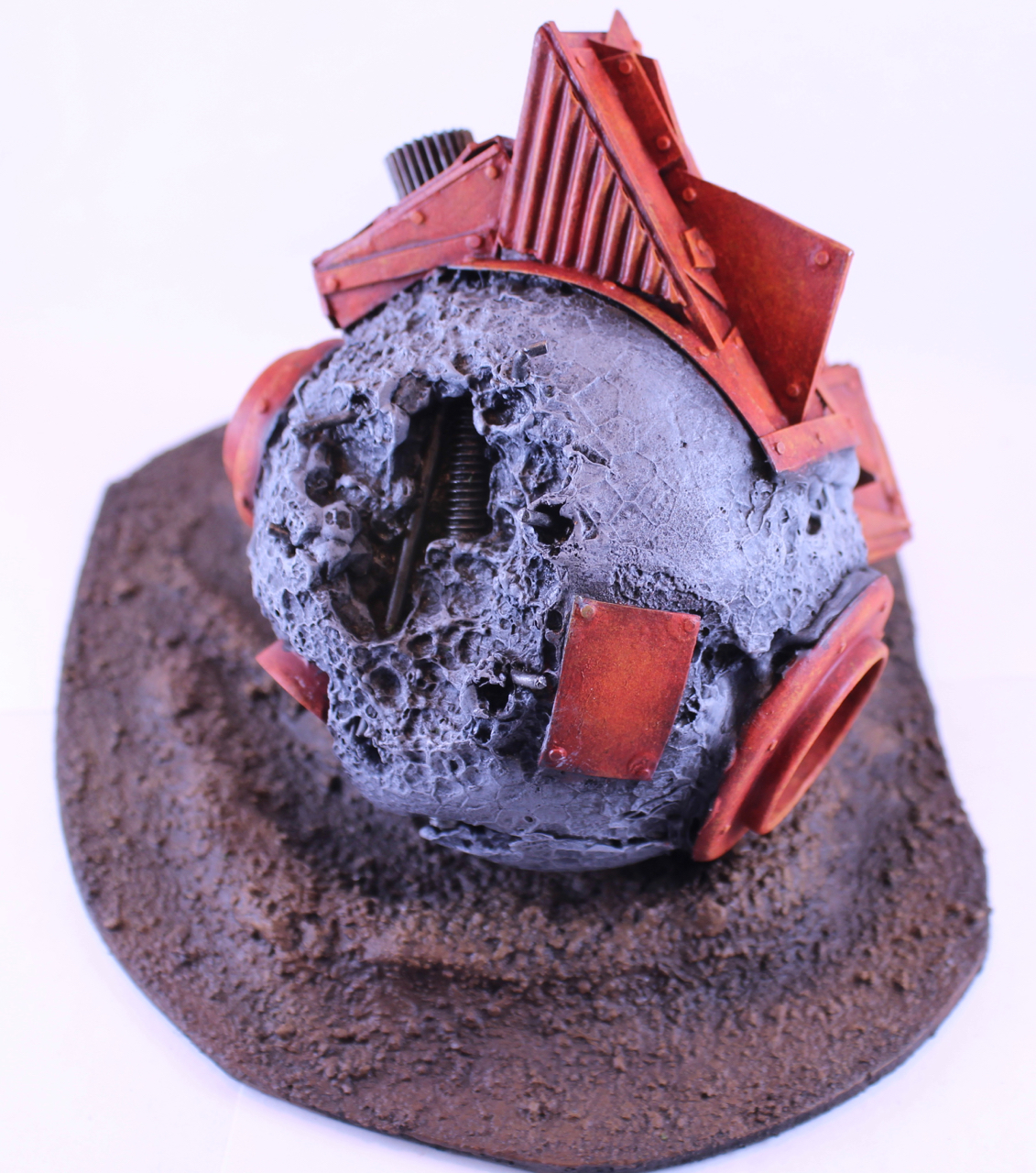 Early on we decided to be creative and take ideas from other sci-fi space classics. As the intro video might suggest, some of the star wars influence began to creep in, and we ended up with the Tie Rok. 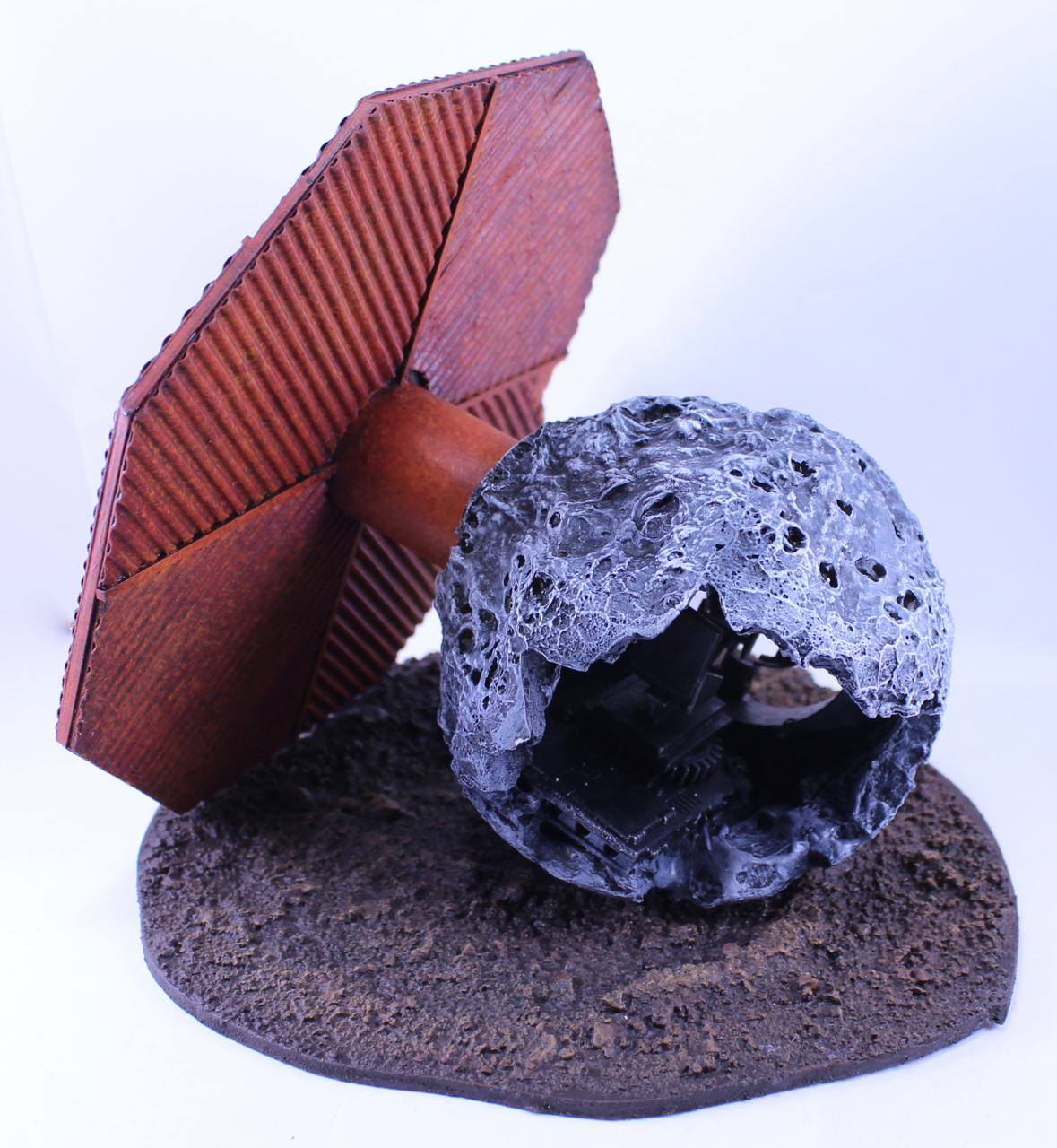 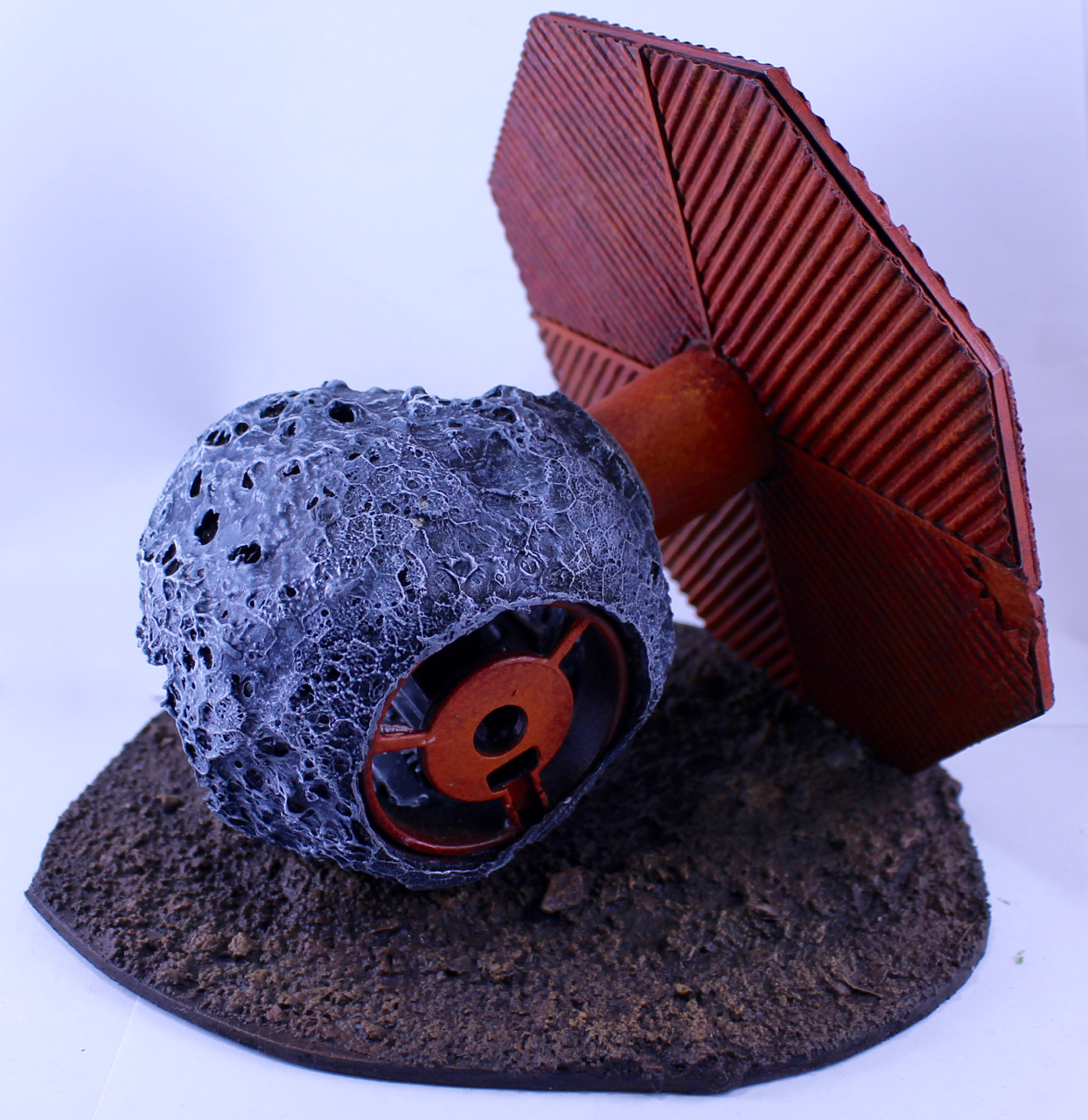 With these first three pieces done we had firmly established our theme and colour pallet. The browns would look great with our desert wastes game mat, grey and black for our rocks, and always red, cause the red ones go faster!

In part two we will put our minds to a centre piece, and consider some of the technical aspects of making great looking and playable terrain.
And as always, Frontline Gaming sells Games Workshop product at up to 25% off of retail, every day!