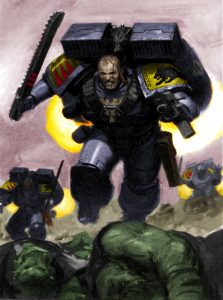 It’s been a while since I’ve written an article and I’ve started to experience some withdrawal symptoms: shaking… the sweats… but probably the most disturbing is every time I close my eyes I get this image of Reece looking at me with a stern look… the only remedy for these frightening symptoms is to start writing again. So, let’s talk today about the Space Wolf Skyclaws – a seldom seen unit that I believe are really effective on the table top, especially if equipped reasonably and played aggressively! For more great tactics articles be sure to check out the Tactics Corner! 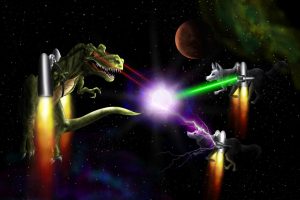 Alright, so let’s get going! When it comes to any of these tactics articles, I like to break everything down into reasonable and useful chunks so that we can objectively view all the moving pieces of any dataslate and dictate what abilities/options are truly “Good” or “Just Okay”. I would also like to start out by saying that this article is a unit overview and has a few experiences and tactics that I have been through/tested – I am also making the case that Skyclaws are rarely seen, but still has a place on the table and not just the shelf.

Okay then, let’s get into it!

Options: When you look at a Skyclaw dataslate, their stock Wargear and Special Rules are pretty forgettable… Marines… Jet Packs… done… however, their upgrade options (and how you use them) are really what make them formidable choices for your army. 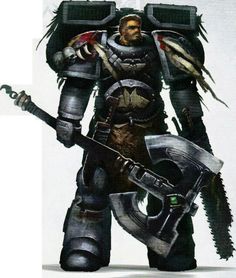 Using Skyclaws can be a little on the tricky side, but ultimately you need to get them up-close and personal with your opponent as soon as possible for them to be truly effective (much like many of the melee-based units)… but the question is “how?” Well, I have found that the best way to get the most out of these units is not by including them in a basic Combined Arms Detachment, but by taking advantage of the additional special rules awarded by Space Wolf Formations. War Zone: Fenris is going to be your best friend in this regard, considering many of the Formations contained within it allow Skyclaws to be used. Here are a few of the highlights!: 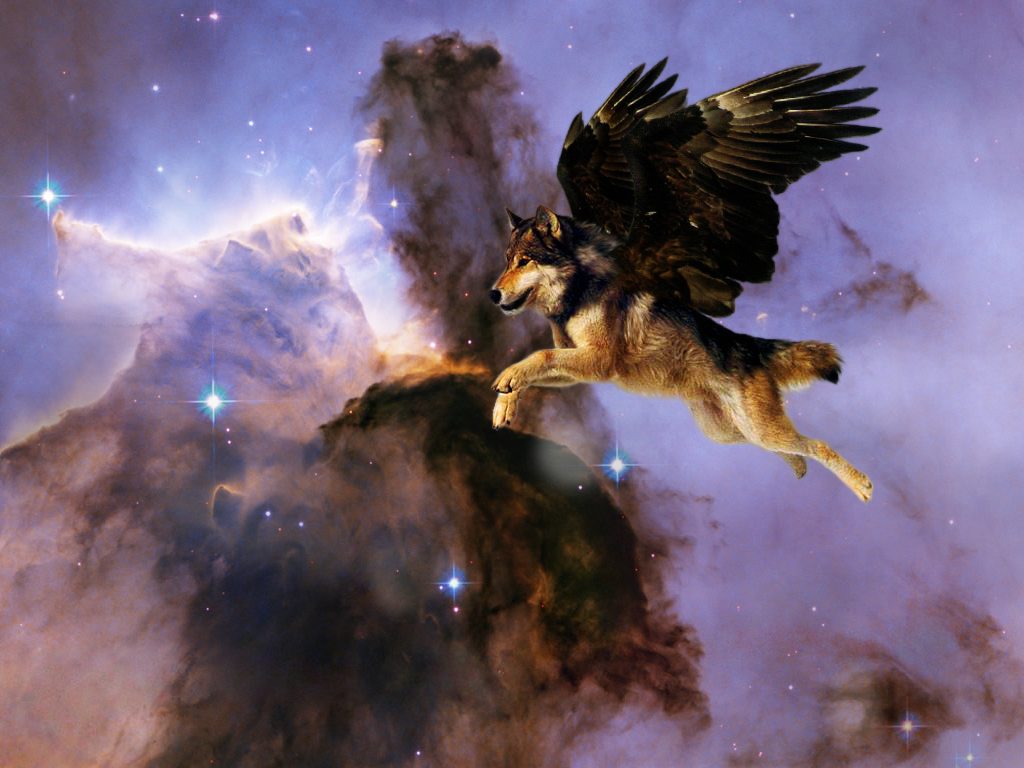 This list is a really basic way to utilize the Skyclaws in a few different ways, the 5 man Melta-squads can be used to Deep Strike later in the game and deal with armored targets with their Meltaguns while the 10-man units can jump to the edges of the board and control those outlying objectives. The 10 man squads are also a really strong reactionary force to help your back line if your opponent Deep Strikes in. The Grey Hunters in this situation support the center of the table while the Skyclaws bully their way around the table. This setup also weighs in around 1250pts (give or take), so you are able to add a few different things to supplement these units. People may also argue that the Swiftclaws are a better option, however it is important to note that you get more wounds in the unit with Skyclaws for cheaper and the Skyclaws can use their Jump Packs to travel over impassable terrain and interveening units, making them a more cost effective and mobile choice.

So, the inspiration for this list also revolves around the idea of a threat overload – The entire Formation is given the choice to remain in Outflanking reserves and I would recommend holding most of it back – with the exception of the Long Fang team, pretty much everything will serve you well if help back – the chances of it all coming on during the second turn is rather high, remember that it all comes on with one re-rollable reserve roll. By keeping everything but the Long Fang team in reserve, you are able to use Acute Senses to dictate where on the table your forces come on from and really use that ability to your advantage. Additionally, by moving the Skyclaws on 12″, the chances of them being able to crack armor with their melta weapons on your beta strike turn is really high. This list also has a built in “lightning rod” for your opponent’s attention with the Thunderwolf Cavalry – many players will ignore the 5 man squads of Skyclaws and turn their attention to the Thunderwolf Cavalry, not realizing that the smaller units of Skyclaws present just as much of an issue, it is just more subtle. Now, again many people will argue that the Swiftclaws are better, however the same reasoning as above (cheaper cost, more mobility, etc…) is still valid but more so, the Swiftclaws aren’t able to take two special weapons where the Skyclaws can, making them a much more reliable source for damage. Finally, this list doesn’t necessarily require all of the Skyclaws to have Meltaguns… it would also be totally reasonable to use Flamers instead, it would cost less points and be a reliable way to hit with them in the shooting phase – it all depends on what else you have in your army. This Formation weights in around 1150 points… plenty left over.

It is also important to note that both of these Formations are Core choices in the Wolf Claw Strike Force from War Zone Fenris. 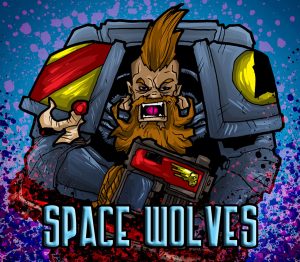 Even though I am a big fan of these guys… you just can’t argue your way around the fact that they are just Space Marines… they play like Space Marines and die like Space Marines… The downfall of basic marine type units is that you pay a premium price for great special rules and war gear but they still only have one wound… you can’t pass 3+ saves forever. These Space Marines are even less so because of their diminished stat-line, they have less BS in trade for being cheaper and having Rage, for me it is a reasonable trade off but it drives many players away. This unit requires a lot of thinking on the part of the player: using terrain in conjunction with their mobility to hide them from LOS, using their Jump Packs to hop around walls and other units, etc… They are a potent weapon but need to be used properly.

I’ve really enjoyed getting back into the swing of article writing and believe I have found a reasonable use for a unit that is seldom seen. With that being said, I challenge you all to test out the Formations I’ve mentioned here and then find your own way to bring these bearded jet packs to the table top! If you want to give these bad boys a try, remember that you can get your GW product at up to 25% off from Frontline Gaming!

Skyclaws are one of my favorite units in the SW codex and probably the best assault marine unit in the game. Cheaper than vanilla assault Marines, rage = more attacks on the charge, and the hidden power weapon in the unit can be nice for when you need to hit hard or piece armor but don’t want your heavy hitter getting challenged out. On top of that they are a claw unit which means Wulfen make them go feral from 12″ away and with their jump packs means they can pull off some turn 1 charges. Great units for chasing down shooting units who have lots of bodies to mow through and you don’t need to use your expensive thunder cav to wipe out. One thing to note about comparing them to swiftclaws which is that swiftclaws only have 1 pistol or CCW so they don’t get the extra attack from having 2 melee weapons.

Firehowlers greatpack are amazing for this unit and you can easily have 40 Skyclaws juiced up on Digganob cocaine flying across the battlefield for lots of potential turn 1 charges and they throw buckets of dice at the enemy in Melee. Personally I don’t like giving them special weapons due to BS3 and it potentially hurting my chances of making a charge but I could see smaller squads act as flamer assault units.

I’ve really been thinking about using them in a DeathWolves Army. With either Flamers or Meltaguns, they’ve got an astounding threat range off the board edge, and they remain a significant backfield threat after that. I need to make some more, tho, I’ve only got 10 of them right now.

The one thing I’d really say about the DeathWolves concept you present is to make sure that you’ve got enough on the board that you can’t get Tabled Turn 1. A Razorback and 4 MEqs is pretty trivial for some Armies to clear off.

Will be having fun running them at a Kill Team Tournament this weekend. Not sure if I like them in Deathwolves formation as having an assault unit that can’t change until at least turn 3 really doesn’t feel right.