Hello everybody, Danny from TFG Radio again to talk to you about the World Eater Detachments from Traitor Legions! Of course, if you want more tactics, head over to Frontline’s Tactics Corner! 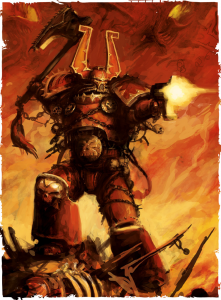 With the release of Traitor Legions, all of the nine traitor legions receive their own Decurion style detachment, and we are going to go through the World Eater’s and overview their special rules for taking this Decurion and the formations available to them! I will focus primarily on the formations that really sing Khorne’s praises and add the most bang for the buck.  Fluffy is cool and all, but having the tools to win never hurts. 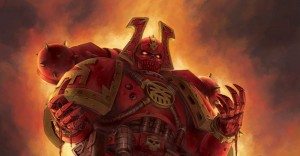 Blood Mad!: After deployment and Infiltrate but before the first turn begins, all non-vehicle models may immediately move 2d6 inches (roll for each individual unit). Also, all non-vehicles (except for Walkers) get to reroll failed charges!

So, the big thing here is obviously that you immediately get move anywhere from 2-12 inches before the game begins. As World Eaters want to get up close and personal, this really helps them close the gap immediately. It also doesn’t count as a Scout move, so units are free to charge, and well, Raptors, Warp Talons, or Bikers now legitimately have a chance (not a great chance) at the first turn charge. The re-roll charges also helps that, but even outside of trying to get a first turn charge, a reroll to charge never, ever hurts. 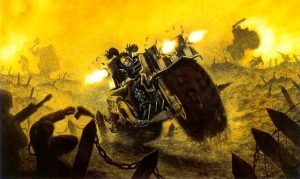 So, with two Core choices, both are very much worth considering. The Maelstrom of Gore is the quintessential World Eater formation, featuring Kharn or a Chaos Lord with 4 to 8 units of Khorne Berserkers. As part of the formation specific bonuses, Berserkers gain Fleet (a bit redundant with the Detachment benefit, but if they need to run, this makes it much more likely they won’t just shuffle forward 1 inch), and they also add 3 inches to their charge rolls, so now you have a unit that can consistently hit a 10 inch charge without much of a problem. That’s a roughly 16 inch threat range on an infantry unit! And let’s not forget the Decurion’s benefit of 2d6 before the game, and now all of a sudden, you could have 15 Berserkers with Kharn 32 inches passed your deployment line by the end of Turn 1! Granted, that’s all super, super corner case, but in a larger tournament format, it will happen at some point.  Suddenly, Berserkers on foot are actually viable!

The other is the standard Chaos Warband, and the interesting thing about this formation is that it brings massed Objective Secured to the table. This suddenly makes the World Eaters an army that doesn’t just punch things but also wins the maelstrom. With all of the layered buffs on World Eaters, even your basic CSM squad with pistols and chainswords suddenly are a distinct melee threat all while having that sweet, sweet Obsec. Let’s not forget the 2d6 pre-game movement to allow better positioning to camp objectives. They are cheaper than Berserkers and hit just hard with more special weapon options, but they are only WS4, not 5 like Berserkers.  I can definitely see a foot-slogging horde of CSMs in this formation being a great answer to Battle Company.  You also get to take Raptors or Bikers in the Warband, and both get the 2d6 move, so with them, you can easily build for the chance of some major first turn charges. Not too shabby at all, and a Chaos Lord on Juggernaut definitely likes to have some meat shields. 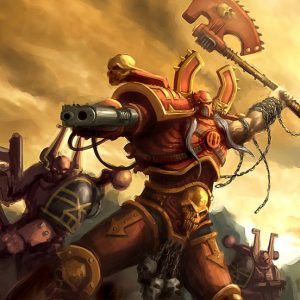 So, there are the standard 8 auxiliary choices, but let’s focus on just a few that really work for World Eaters.

The first is the Raptor Talon. You need a Lord (who gets a free Jump Pack) and 3-5 units of Raptors or Warp Talons. Warp Talons are far too pricy for what they bring to the table, but Raptors with Fearless are 100% better, and being able to assault out of Deepstrike? Very nice. Yes, yes, they are Disordered when doing so, so no Rage or Furious Charge, but you have to think two turns ahead.  If a squad drops down, targets a small, weak unit that it can kill in 2 rounds of combat, once it is free, now you have the full power of Raptors that have 4 attacks and Strength 5 on the charge.  Let’s also not forget that even a small 5 man squad is a great delivery system for a Chaos Lord, especially one with some of the shiny weapons that World Eaters get.  The disordered charge doesn’t matter too much when you have 4+D6 attacks from the Lord. This is not a formation to put your Warlord into, but a cheap, hard hitting Chaos Lord with 3 small, backfield-disrupting units is not a bad thing at all.  Heck, if the Raptors just Deepstrike to take a corner objective from your opponent, that’s a net positive.

Another choice that will meld well with the Butcherhorde is the Helforged Warpack.  This formation lets you bring 3 Maulerfiends (the only legitimate choice here) and a Warpsmith tax.  The key here is that the Maulerfiends get to reroll charges (both dice), they move 12 inches inherently, and one gains a 4++ save.  Not too bad at all, plus if the Alpha dies, the others gain Rage.  This formation lets you add some faster armor that will either be ignored by your opponent until it is too late or act as some nice fire magnets as the rest of your army closes the gap.  They also bring some great Anti-Tank in melee, which the World Eaters don’t have as much of besides Strength 9 Powerfists.  Is it the most competitive choice? No, but it adds some great flavor and character to a World Eaters army. 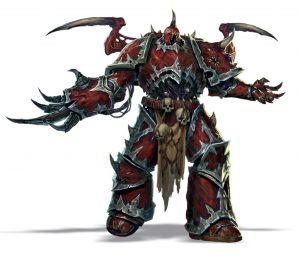 Now, this choice is definitely for Funsies, but it may actually work better than you imagine with World Eaters.  That is of course the Favoured of Chaos, 1 Daemon Prince and 3-5 units of Possessed.  First off, the Possessed and the Daemon Prince get the 2d6 bonus move and reroll charges, so this is damn nice to begin with.  Giving the Prince wings means that he now has a real chance at first turn charges as well, and getting a Prince into combat is super delicious.  When I go into the Artefacts in my next article, this will only be truer.  The Possessed get all of their mutations when within 12 of the Prince, so now they are Strength 5, rerolling to wound, AP3, 3 attacks base and Initiative 5 base.  Oh, and since they will have the Mark of Khorne and VotLW, you are looking at adding Furious Charge, Rage, and Counter-Attack onto it.  Not too bad at all.  They are killing Marines on 2+ on the charge; that’s not shabby.  Yes, I did just say maybe consider running some Possessed, but hopefully you see the method to my madness.

The next worthy choice is the always awesome Heldrake Terror Pack.  World Eaters want to move forward and apply chainaxe to face, but this makes them very one-dimensional.  2 Heldrakes give them the opportunity to threaten units all over the board, and with a Strength 7 Vector Strike, the Heldrakes are a legitimate threat to flyers as well.  They gain no benefits whatsoever from the Butcherhorde, but they answer a lot of questions that a typical World Eaters build may have.   If you really want to ensure that you have the tools to make it to the top tables in an event, I’d argue you have to have this formation. 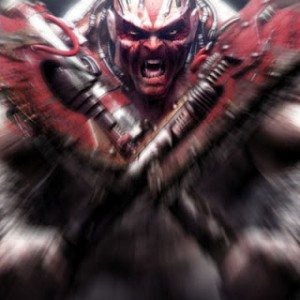 As for the others, well, I don’t think they offer World Eaters anything too interesting. Raptor Talon, Terror Pack, Favoured of Chaos, and Warpack all provide some moves to the World Eaters and keeps well inside of their theme, namely Blood for the Blood God.  Next time, we’ll take a look at Artefacts, Warlord Traits, and a few lists to see what magic we can make out of all of this glory.