In this article, there are forty-seven battlesuits. None of them… can be seen. By reading the article, we hope to teach you how not to be seen. 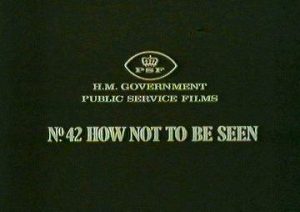 The Optimized Stealth Cadre is one of the new formations for Tau introduced with the 7th Edition codex- and as it requires the XV95 Ghostkeel battlesuits as a core part of the formation, it truly is something new. Combining one unit of the larger battlesuits with two units of their smaller XV25 Stealth brethren, the OSC (as it is often shortened to) has a strong thematic component- though sadly it does not include the option to include Sniper Drone Teams or Commander Shadowsun as part of it, denying you the possibility of the Full Stealth Bonanza.

However, it is still a very strong inclusion in an army with some powerful and unique special rules that give it some excellent utility. As the Ghostkeels themselves are a very solid unit and Stealth suits acceptable, if perhaps a little bit below the curve overall, it doesn’t take a lot for the formation as a whole to be a solid performer in Tau. 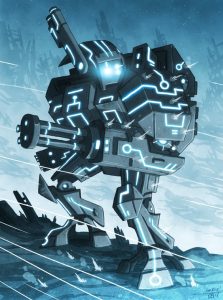 And indeed, the OSC is a very solid performer. It comes with only one special rule, but that special rule has so many sub-clauses that it really can be thought as in the sense of a series of linked abilities. However, the core of the ability- called “Web of Mirrors”- is that it applies only to units from the formation that are within 6″ of the Ghostkeels at the start of your shooting phase, and its benefits apply only during the shooting phase. (Recent answers in the GW draft FAQ seem to heavily imply that its benefits also do not extend to attached characters that join the formation, although I don’t know what the ITC’s current ruling on the matter is.)

So, the stipulations area bit harsh, but the benefits are more than worth it- all units in range of the buff, which includes the Ghostkeels themselves, receive +1 Ballistic Skill and Ignores Cover with all of their shooting. That alone is a fantastic bonus- most everything you want from Markerlight abilities already rolled up into a ball and deposited on your doorstep already. But that is not all- all attacks from the unit are also considered to strike the rear armor of any vehicle they shoot at for the duration of the phase, which almost always means hitting the weak AV10 in the back of most vehicles. With those bonuses, even the lowly Burst Cannons become a legitimate threat to tanks, since they will be hit easily, glanced or penned consistently, and get no save against it. Even infantry have plenty to worry about, especially anything short of MEQs as the Ghostkeel’s weapons can easily cut them to pieces. 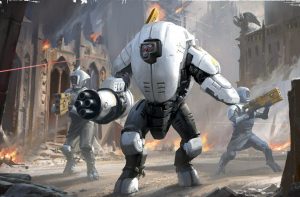 So a good starting point would be to read up on the Ghostkeel and Stealth entries in the codex review- most things there apply just as much when part of the formation as well, especially the notes on Holophon Countermeasures. However, we do have some additional hidden abilities and complications.

First let’s talk problems, namely positioning. Stealth suits innately come with Infiltrate, but Ghostkeels do not- and as our formation really wants us to be hanging out together, that can result in some difficulties with both units needing to be in different places on the battlefield. The short ranges on both units’ guns only exacerbate this, as does their need to stick to cover. Unless you get lucky and roll up the warlord trait that grants Infiltrate, your suits are going to have trouble getting into range and staying range while using their abilities to the fullest. Sometimes you’ll have to simply abandon the plan and let the Stealth Suits fend for themselves, as the Ghostkeels are the prime recipients of the bonuses.

So we have that out of the way, now on to the good stuff: the Optimized Stealth Cadre gives you some good options for doing a lot of fancy stuff with your units. Do be careful, however, because a lot of this stuff can quickly inflate the price of the formation to 600 or even 700pts, which is a pretty major chunk of your army. At the same time, however, it can theoretically cover a number of roles, so this isn’t a wholly unworkable problem.

Starting with the Ghostkeels, then. As the “center” of the formation’s buff the Ghostkeels will always be subject to its effects (during your shooting phase at least), so the unit won’t ever be less than BS4. However, if you opt for the full formation of three of them, the Fire Team rule will put you up to BS5, virtually guaranteeing a hit with most weapons (especially the twin-linked secondaries.) This also gives you excellent protection in the form of ablative wounds from the Stealth Drones and extra uses of Holophon Countermeasures, so at least going for that second Ghostkeel is often a very strong plan. With all of your attacks hitting rear armor I don’t think there’s any argument at all to be had against using the Cyclical Ion Raker, since it can quickly glance out most vehicles with trivial ease; Fusion or Burst for the secondary are both attractive, though the guaranteed pen/wound from Fusion is pretty nice when you’re already ignoring cover. Target Locks are absolutely mandatory on the unit if you have 2+ members, since otherwise you’re completely wasting firepower. 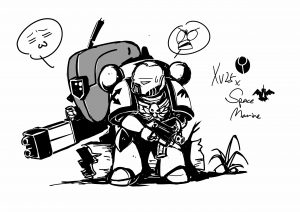 The Stealth suits can be run a couple of different ways; a Fusion Blaster is always a solid choice for a mere 5pts, although some players forgo it to rely on the mass of shots from the unit’s usual guns. Still, as with their bigger brothers, that Ignores Cover AP1 shot is hard to pass up, especially at such a bargain price. With just the Fusion add-on the unit is quite cheap but also very vulnerable to casualties, since you don’t have many total wounds. That’s why I often try squeeze in a few upgrades- not additional bodies, since those are rather pricey, but some drones for the unit- though you have to take a Shas’ui to access them, this also opens up the option for the Target Lock + Markerlight upgrade, a steal at only 5pts, and with a pair of Marker Drones suddenly you are looking at five team members (and so needing two casualties to force a morale check) and Leadership 9, not to mention several extra 2+ save wounds thanks to the drones benefiting from the rest of the unit having Stealth and Shrouded. Best of all, the formation bonus applies to the drones, making them BS3 (or even BS4 with a Drone Controller or VX1-0 Drone Network in the army.)

Optimized Stealth Cadres are most effective when used to draw firepower from the rest of your army while breaking up the enemy’s armored forces- their firepower isn’t exceptional against most types of targets, but vehicles they will break in short order (excepting those with AV12+ all around, which are awkward) and they can weather a fairly unreasonable amount of return fire before going down, though they do not appreciate getting stuck in melee. They won’t be able to clear out swarms of most kinds of infantry on their own unless they have weak saves, but they can manage some damage while slowing the enemy’s advance.

An OSC can included as an auxiliary choice in a Hunter Contingent; it doesn’t have exceptional synergy with that formation, but since many of the units in the core formation can mount excellent anti-infantry weapons, they can do a decent job of complementing each others’ roles. That the OSC is largely markerlight-independent is also a big advantage, since that frees other units to use whatever tokens are available. Combined Fire can also make the deployment and usage of the Stealth suits a bit more flexible, since they aren’t entirely dependent on the Ghostkeels to make them effective shooters, though this becomes more complicated if you are running your Stealths as Markerlight platforms as well.

The Optimized Stealth Cadre is definitely one of the better formations available to the Tau, in no small part because it is so independent- you can mix it into a variety of different types of army to fill a role without needing to include other Tau units to support it (or to leave your support elements free to aid other parts of the army.) It hasn’t invoked the same kind of backlash as some of the other formations (especially the notorious Riptide Wing), but it’s still strong enough that you can expect to see it on the field pretty regularly even at tournaments.

Remember that Frontline gaming always offers discounts on all GW product and is running a very special 25% off special for Black Friday.