Heyo everybody, this is HotSauceMan here to tell you about our supreme and benevolent leaders, the Ethereals. If you want to know more remember to check out the Tactics Corner for more fun stuff. 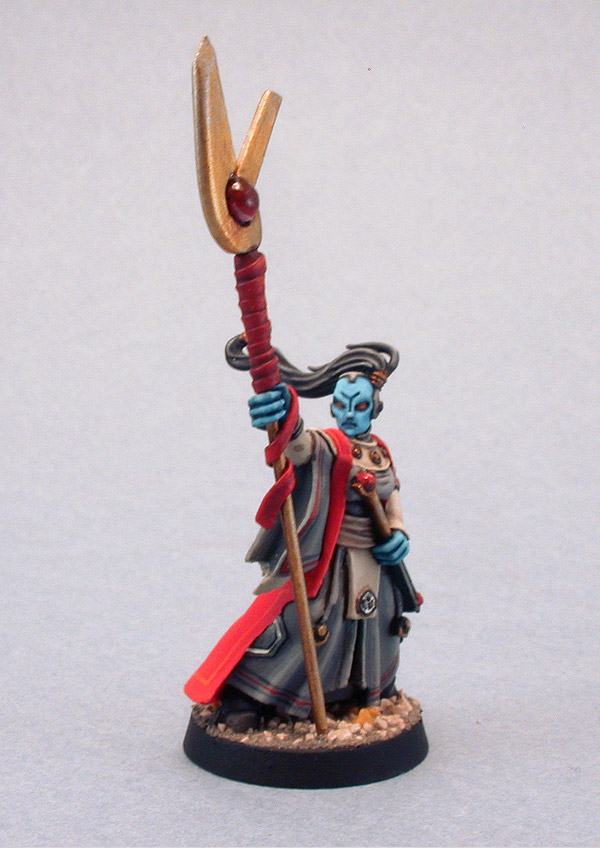 The Ethereals are the leading caste of the Tau. They control all the other castes and give them spiritual guidance. They united the various tribes in Tau pre-history and created the empire. There are many rumors as to how they came about. The most common rumor is that they were created by the Eldar in order to convince the tau to grow out from their planet to fight chaos. 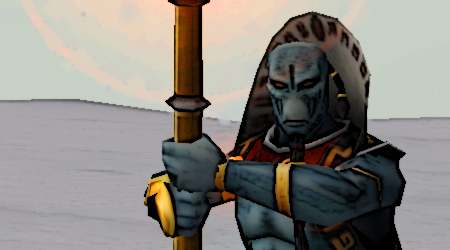 The ethereal occupies a weird place for the Tau. They are support models with a wide array of abilities, be it buffing the leadership of you army, or giving them special abilities related to each caste. They also can take optional gear that is related to close-combat, but if this guy is in close-combat, somewhere along the line you failed as a Tau commander.

Wargear:
Funny enough, this guy comes  with no actual wargear. So all of the following is actually optional.

Tactics
The best thing the Ethereal has going for him is that he is cheap. Like cheap enough that you are worried he might have some diseases and infections that he is lying about. Being that cheap he is actually the best HQ if you have to take a second detachment for any reason. You can also fit him into any detachment if need be. Even his upgrades are cheap, each being roughly 5-10pts each.
The most obvious way to play him though is in a tau gun-line army. One where you castle up behind a fortification. The best choice would be the Void Shield Generator because of all the scouting grav weapons that exist now (while the VSG still provides Grav protection, that is). Load up with some strike teams and cast storm of fire on them. With them not needing a sergeant you save on points for all your squads because they are now leadership 10.

Storm of Fire is obviously the bread and butter of the ethereal and taking full advantage of it is how you will get your points back for this model. My favorite use for the Ethereal is to load him up into a sniper drone team. At 24’ you are firing an extra shot. But with all the GMC that exist now, it isn’t worth it. Anything that is described as “pulse” weapon is going to be affected by this. Note, it does not affect the R’varna’s guns. My favorite way to use him is to put him in with a full Breacher team and run him up in a TY7 Devilfish. Slap a homing beacon on him and run him up, full speed. Then during the next turn, your guys arriving from reserves do not scatter. And because the homing beacon is unique, the model doesn’t actually have to be physically on the board to take effect, so it works from the transport. Storm also works on the Breacher’s guns so you can then use that on them for the extra shot. (Note: It is half-range on the gun, so if you are using its highest profile, you can still fire at 6″). There is only one formation the Ethereal fits in. The Ethereal Council. This is a real stinker. 3-5 of them all form a unit. They gain fearless. None of them can ever leave the unit. Failure is increased to 24”. Evocation also allows you to evoke all four instead of one. The problem is with them all being in a unit, they can’t hide. But each one you lose, your opponent gains another VP. They will die to be sure, they are squishier than a guardsmen skull under a power armored boot. So you’re giving your opponent at least 3 extra points. Not worth it in my opinion.

The biggest weakness of the ethereal is the fact that they are squishy and give up an extra VP. Their pros are that they are cheap and are a decent force multiplier for your foot units. They can’t keep up though with your suits, so you need an army built around them. The real questions, as always with Tau, is why would you take him over Buffmander? If you have a reasonable answer to that question, you will enjoy using the Ethereal!

As always, share your thoughts in the comment section. And remember Frontline Gaming sells Games Workshop product at up to 25% off, every day.

Leave a Reply to lessthanjeff