Hello everybody. This is HotSauceMan here to tell you all about our favorite female character, Warhammer 40k’s sole tsundere, Commander Shadowsun.Remember to check out the Tactics Corner for more fun stuff.

Commander Shadowsun is my favorite Tau character. Being the supreme leader of the tau military she is considered a tactical genius without compare and is a student of the best commander in Tau history, Puretide. She is known for her use of the kauyon tactic. This is known as the “Patient Hunter” where you lure the enemy into traps. It is ironic than that she is the most hotheaded character in the fluff. She eschews the use of a typical battlesuit in favor of a customized stealthsuit. She also has an entire book dedicated on whether she should quit the military to become a mother. I’m not kidding, that is a book that exists. 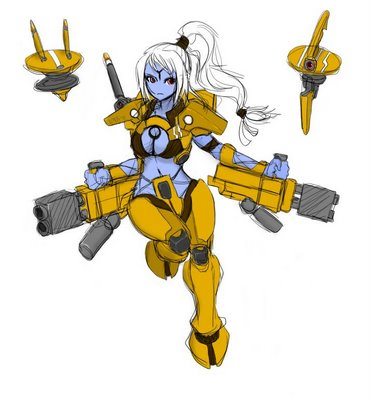 Shadowsun is a tricky character to use. Her gear makes her look like a close-ranged tank hunter.  While she can excel at that, she can be used for so much more. Her rules allow you to play tricks with your enemy and support your army at the same time. But the problem is that she really isn’t that great at either. She tends to be more of a jack-of-all-trades than anything else. 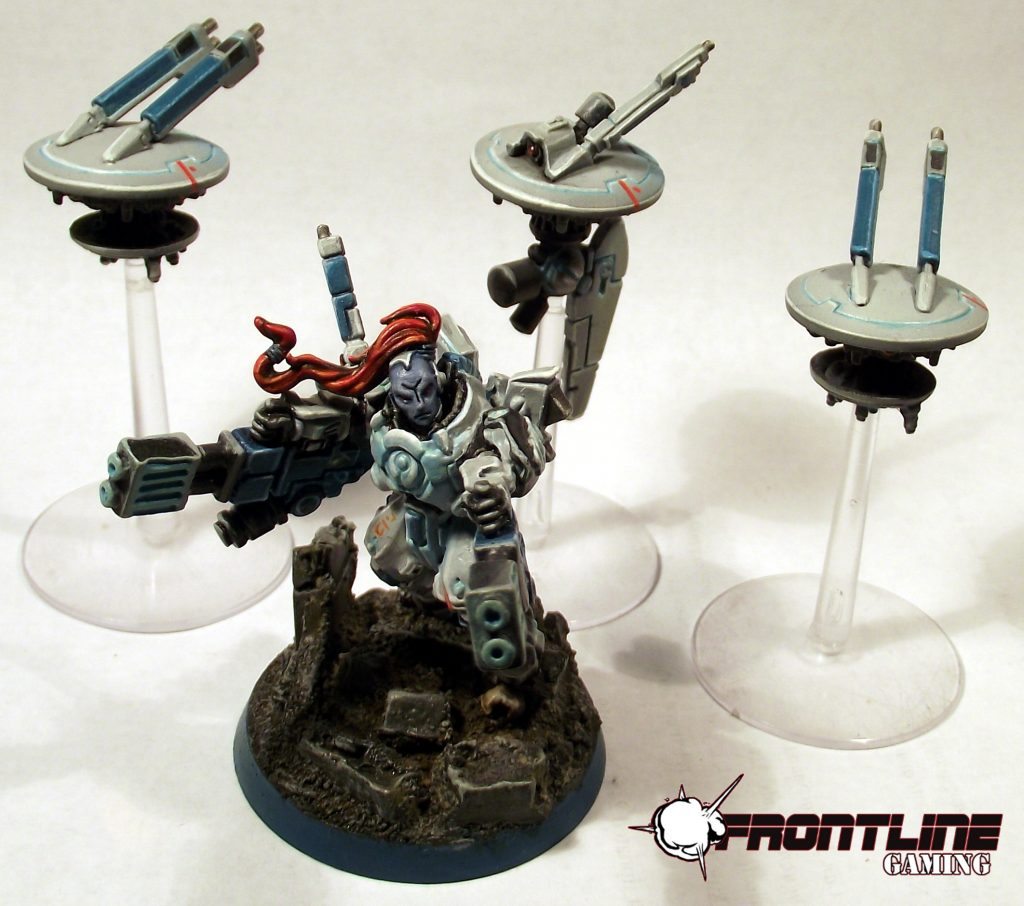 Here is where making use of this lady in invisible armor becomes difficult. She cannot join any units during deployment other than a unit of XV25 Stealth Battlesuits or a Kroot Carnivore squad. With her special rules, you would think she should want to go into the stealth suit team. But that is a trap. She pays for her stealth and shrouded rules and they already have those same rules.  So it would be more beneficial to put her in a unit of XV8 Crisis Bodyguards. These guys have the sworn protector rule already and are more survivable, doubly so with an amazing cover save that she gives them. The problem is you have to deep strike them because of Shadowsun’s infiltrate. But when they land they can actually survive interceptor fire with a 4+ cover save, or 2+ in ruins. They can then fire, jump away and hide, like all good tau do.

Now, there is another way to play her that I prefer. This is as more of a support character. This isn’t the best use of her abilities though as she isn’t much of a support unit. I tend to put her with a unit of XV88 Broadside Battlesuits in ruins in order to get them a 2+(Although if you go second it doesn’t work that often). Another option is to purchase her command drone to give a XV104 Riptide the ability to re-roll ones(one of the few ways you can do this now). She doesn’t really have a place in the back line of her army, because than her two fusion blasters have no use. Now a real fun way to mess with you opponents is to put her and her command link drone with near a unit of KV128  Stormsurges. With the ability to re-roll ones and their innate split fire ability, it can make for a hell of a time. If you have one you can also try a Tau’nar Supremacy Suit, if you want no friends. 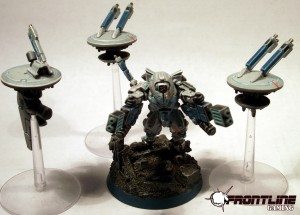 Now, the best and most fun way to run her is to pair her up with Commander Farsight to make the Farsight/Shadowsun bomb. What is this? This is Farsight, Shadowsun, and a bodyguard unit that is max strength. You give the bodyguard unit whatever weapons you feel like but you also give them target locks to allow them to fire all at different targets. You also must give one Shas’Vre the Buffmander upgrades in order to give them the several OP buffs. What does ShadowSun bring to this? Simple, Her two shield drones, her two fusions blasters and sweet cover saves for the whole unit. Sadly to make the bomb work, you need to have Farsight as your warlord because if you don’t, you loose the no scatter deep strike. So no 3d6 jet-pack movement sadly.

She doesn’t really belong to any formations other than the Hunter Contingent and only as part of a non-formation command. If you take her as part of the command, she benefits from nothing really. She is already BS5 and you cant share buffs. It’s questionable on whether or not an IC in a formation gains the benefits of the formation. If we are assuming yes or your group plays it like that I would put her in the Optimized Stealth Cadre. She can shoot Imperial Knights right up the rear. Or better yet, the Retaliation cadre. That way, she can give you some defense against a lot of interceptor.

I think that she is too unfocused versus a normal tournament army to be effective. But she is fun to play with and is a fun model that every tau player should own. So yeah, have some fun with Ms. Hothead and remember as always, share your thoughts in the comments section! And remember, Frontline Gaming sells Games Workshop product at up to 25% off, every day.

You missed a biggie for Shadowsun, she can split fire her own fusion blasters; though only one at a different target from the unit she’s in.

I’ve been toying with the idea of a farsight crisis team, taking a shas’vre with a warscraper drone so the unit can outflank, and starting Shadowsun there. Though it’s probably just better to have her infiltrate with some kroot as a screen for whatever unit you want her to join and have her hop over first chance you get.

Last of Kirus Line I believe.
Its about 80 pages. Its really bad. she never actually does the deed, She decides not to quit the military.

Because even if she is the greatest strategic mind of the Tau Empire, all girls gotta be baby factories, right?

The article doesn’t really talk at all about one of Shadowsun’s strongest abilities, namely her fixed warlord trait- a 3d6″ Thrust move is _amazingly_ far and can not only keep an otherwise short-ranged unit (such as one with Fusion, Burst, or even Plasma) out of the enemy’s reach but can also get them onto objectives or behind cover as needed. Several of the better Tau players in our area have been using her this way recently with a large unit of Crisis Suits; despite its size, such a unit can easily maneuver to virtually anywhere it needs to be on the battlefield in a very short amount of time. Of course, a 2+ cover save never hurt anyone, either.

I also find the Command Link Drone to be tragically underused; it can be very helpful in enhancing a Riptide to prevent anything awkward from happening with Gets Hot and is a huge force multiplier for a HBC-equipped one or for something like a Skyray that tends to put out a ton of shots in a single turn.

As said. she is my favorite. I picked up the novella and read it in the afternoon. IT made me REALLY mad TBH in just how it ignores tau fluff.
I lov the command link drone, it is really awesome. Never thought of a skyray though.

I was thinking of sticking Shadowsun into a large crisis suit unit with buffmander (already running it sans Shadowsun) and using her command drone for a full unit of optimised stealth cadre Ghostkeels. Makes them effectively twin linked.

Currently I have the crisis suits with missile pods and target locks, mobile broadsides with the Buffmander effectively, sans smart missiles.

I was on the fence about Shadowsun due to the awkward deployment and the range difference, but i’ll have to give it a shot and see how she fares. Maybe switch the missile pods out for plasma and use the unit more aggressively.

Although, tank hunting, twin linked, ignore cover missile pods that can jet around super quick has an appeal I must admit!

I like how she and Shrike get screwed over by GW’s idiotic infiltrate/IC rulings. Beyond stupid. She should be able to join a unit of Crisis suits and let them infiltrate.

Or at the very least they should be able to join a unit and deploy regularly instead of being forced to infiltrate.