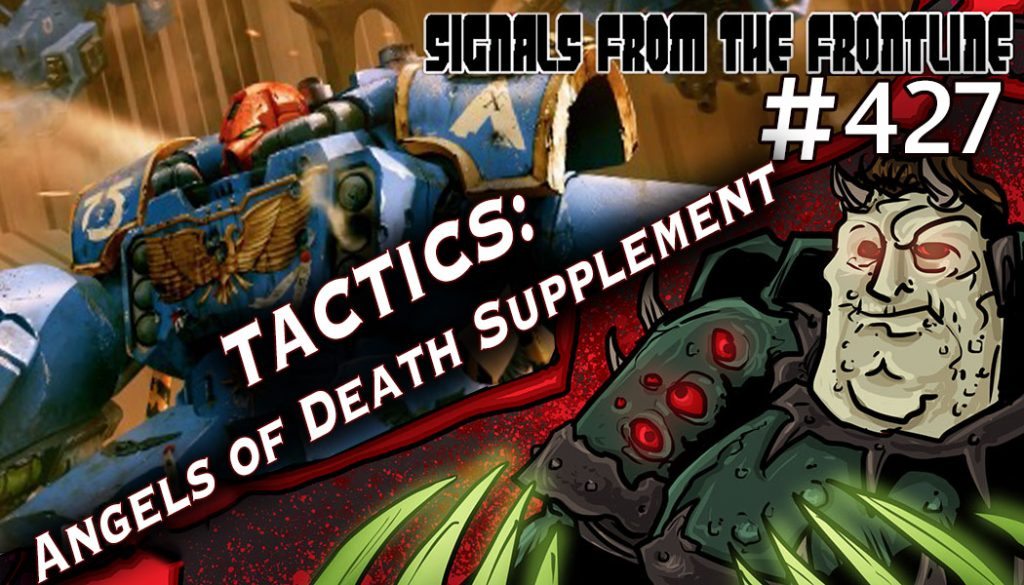 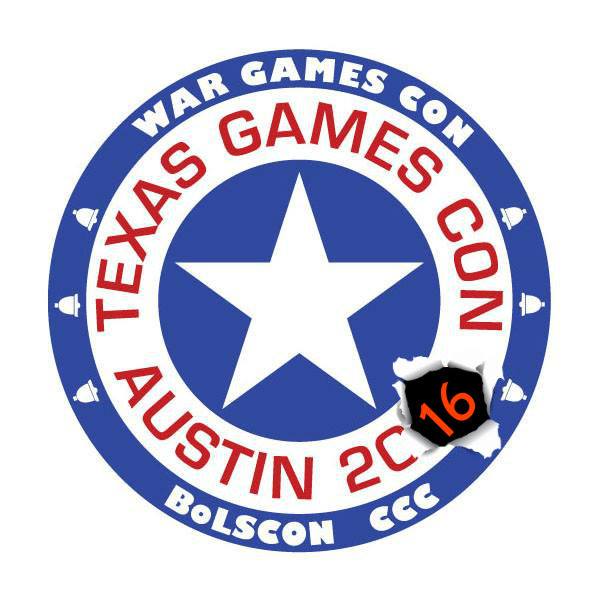 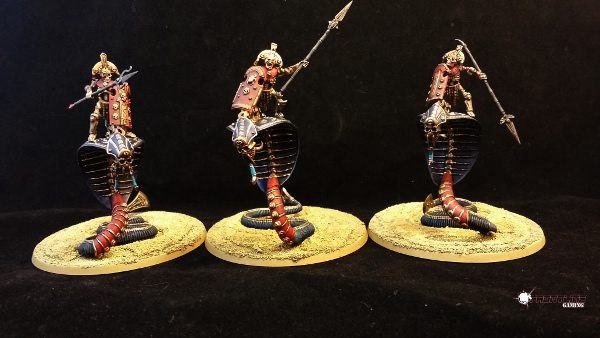 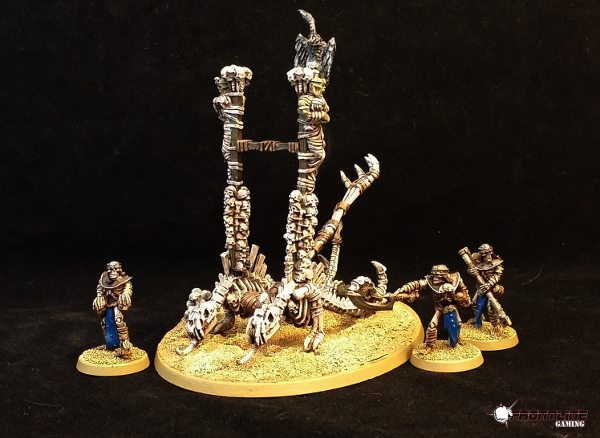 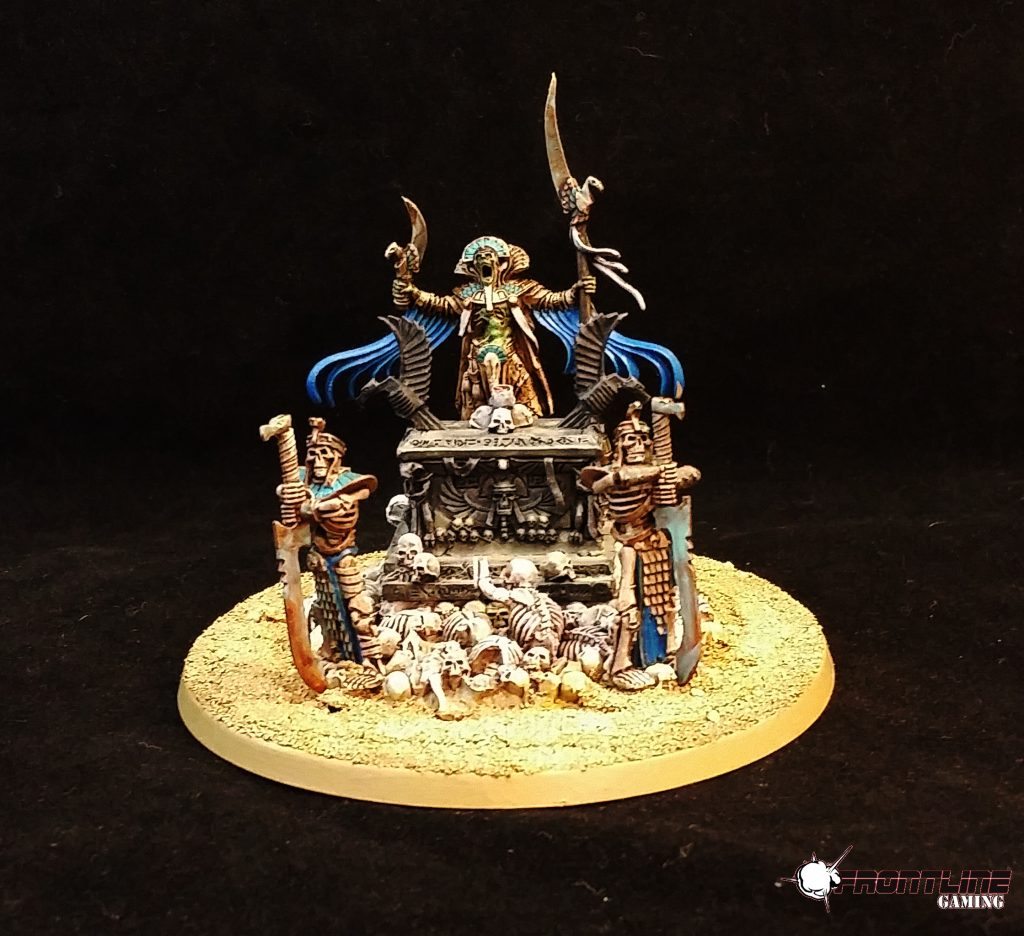 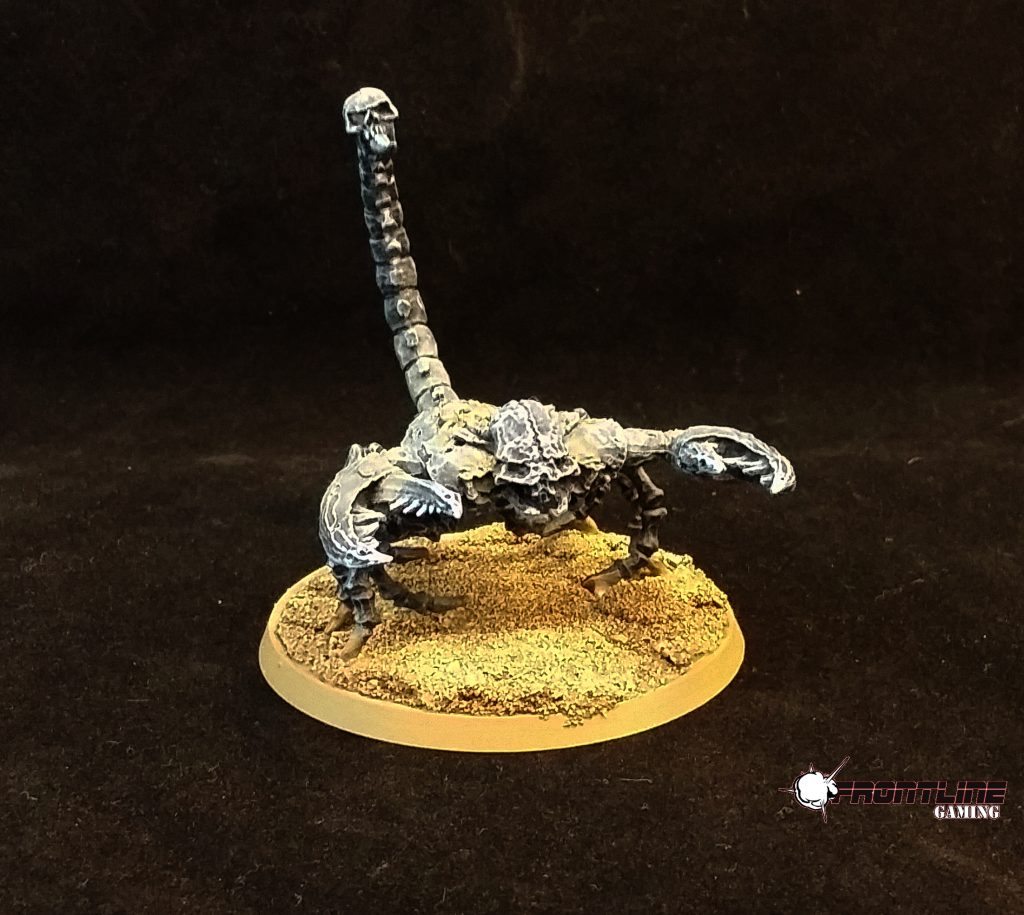 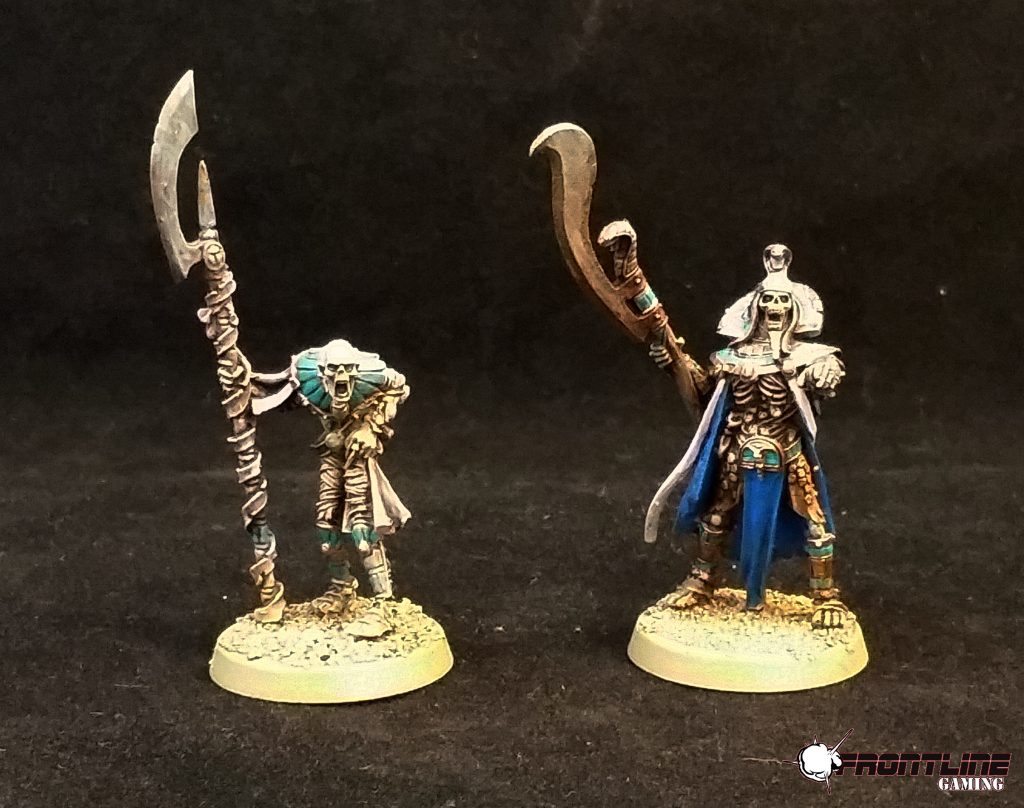 Hello from over the pond in (bloody cold and rainy!) Scotland! Huge fan of the show and your products. Thought I’d submit something a little different as an idea I came up with a few months ago: Double Reclaimation Legion Decurion Necrons.

The idea is to have effectively two separate and functional forces that can split up to score objectives doing the standard unkillable Necron thing! I’ve found that the Overlord in the Reclaimation legion always has a big target on his head as he gives the 12″ bubble of re roll 1s on Reanimation protocols. This has two draw backs firstly once he’s dead you lose the benefit but you also end up clustering around the overlord to maximise the benefit!

Anyway let me know what you think, I’d like to squeeze in 10 lychguard with scythes to put Zahndrek in but I dunno where I’d get the points from! I *think* i need to take two auxiliary formations (Canoptek Harvests) to make it legal but not sure!

All the best and keep up the good work!

Note on tomorrows battlereport: Do note that Phase Shift allows vehicles to also ignore their arc-of-fire restrictions. So Stormlord can, if it wants to, fire its Vulcan Megabolter out of its arse.

Hmm, interesting reading of the rule. I can see it, though, and yeah, that is savage.

I believe the Codex Astartes refers to that tactic as “The Chipotle Effect”.

Yes I am glad you guys finally put down ideas for list when you discuss new stuff…. But where is Jason’s list?

For the bat rep, tomorrow?

on flameblade, what is the synergy with combi-plasmas and flamers in the same squad?
on the command squad, 5 meltas and Apothecary is legit now?^^

You’ve been able to take full specials + Apoth for a while now. The Apothecary doesn’t replace any of the gear of the guy he upgrades from, just adds a Narthecium.

No Pedro Kantor in Sternhammer? That is wierd and yet so classic..

I know, I didn’t get that, either.

So I was doing some math with the 30 Sternguard and it just seems like if the enemy has storm surges or Wraithknights the Sternguard aren’t doing much. I play against Tau and Eldar mostly and they make good tourney lists, how well would the stern hammer do against them do you think? I would plan on taking a Demi company for the ob sec, the 30 Sternguard and Grav centurions with librarian as allies.