Hello everyone, Frankie here to discuss some more lists. This week we have a couple of really different lists!

Strategy:
The Chapter Master joins Jetek (the White Scars biker) and they can hide and advance/flat-out, jinking. Jetek gives the CM skilled rider, hit and run, etc. and provides some great AP3 at-initiative support. He’s basically a 40pt upgrade ha. He also has a teleport homer, which Garran Branatar can use to show up and provide support.
Garran is the Salamanders Terminator with master crafted heavy flamer, melta gun, and powerfist. This is a nice little surprise unit that’s also versatile and can play cleanup.
Squad Donatus and Cassius hitch a ride in the CAD pod. They are a great all-purpose unit..they’ve got sternguard ammo, the frag cannon, melta, fearless, zealot, etc. and pretty decent cc against MEQs. I could also attach the CM to them to give them his CTs if I needed for a turn, later in the game.
Since I’m using Red Hunters tactics, the grav or quad mortar could be my AA, or I could even give something interceptor (not so bad on the heavy bolters either).

First of all you get bonus points for bringing the Deathwatch marines. If you can make those work you will make a lot of jaws drop. I really like the Red Hunters as they can get skyfire, Counter-attack, Monster Hunter, Tank Hunter, Hatred, and Interceptor. They can only do one of those once per game but when they do it will help a lot. Over-all I can see your vision and can see it working on the table top. 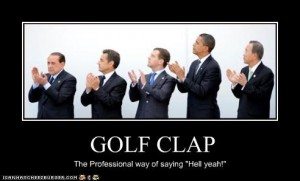 A few changes I would make would be to give the Skyhammer Devastator squad Missile Launchers instead of Heavy Bolters. The longer range and blast templates I think will help this list out a lot. Plus Tank Hunter on a Missile is pretty good. I would also recommend finding a way to take at least one more Quad Mortar in the battery. It is great at dropping Void Shields and amazing at killing vehicles. One other thing to note is if you join the Chapter Master to Jetek they both lost the benefits of Chapter Tactics.
Best of luck with the army and you will have to let us know how it performs.

I thought I’d reiterate that this list is for the LondonGT in case you wondered why it is only made up of 2 “sources/detachments”. Instead of the tetras I’d rather have taken the drone net formation but I had to chose either riptide wing or drones :-/ 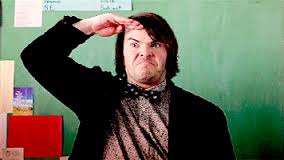 I am enjoying playing Tau and hope you are as well. First of all, I like the list. It is very similar to the one I play. My recommendations would be to check out my list as I think it is one of the strongest Tau builds. Not saying it’s the best just saying its been tested and works more than it doesn’t, haha. Anyways, I like what you have done with the list. The Tetra’s are awesome as is the little Crisis unit you have. The Crisis unit will be a great distraction and should give some nice support to the Riptide Wing.
So the changes I would make would be to the Riptide Wing. I would take all SMS; the SMS win me so many games by themselves it’s crazy. Being able to shoot something you cannot see is a just little powerful. Next change would be to switch the Ion to Heavy Burst. The Burst is my preference because it has more shots and has a potential of doing a lot more damage. I do like that you have Stim on all the Riptides, that has saved my butt every game. Last change I would make would be to drop two Marker Drones and take an extra Crisis Suit in the unit. With 4 you have a lot more damage output and will be harder to kill. 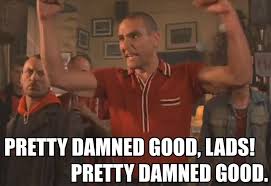 Not a ton of changes and I think if you don’t make any changes you will be fine at the tournament. Watch out for Close Combat as one Stormsurge is not the best for filling that gap. Good luck buddy.
Hope you all enjoyed the lists. Which one do you guys think would win a game between the two? Do you think the Deathwatch Marines will be able to hang on the top tables?

What would you suggest cutting from the first list to make room for those changes you mention?

Also, how does one submit lists for review?

I think they are catching up on lists submitted for the twitch casts. They mentioned a backlog of months, so this is probably a way to get through the pile in a more reasonable timescale.

I would drop the Thunderhammer to a Powerfist. Drop the combi-grav from the Devastator, and Drop one of the guys from the deathwatch detachment. I dont have the book in front of me for the rules so not sure if you can drop one. But if you can I would.

Also send in lists to frontlinegamingmariana@gmail.com

None of the DeathWatch dudes actually have Chapter Tactics. Most of them get all the relevant Rules, but they just get them as straight up USRs instead of via Chapter Tactics. So Suberei can still pass Skilled Rider and H&R to the Chapter Master.

Hey (the Red Hunters one was my list), first of all Frankie thanks for the review!

Yeah, since the Deathwatch dudes don’t have Chapter Tactics, I can pass them on via the Chapter Master, or whatever (without both losing their buffs).

Sadly, to make room for another Quad mortar I’d have to either Drop the Salamander Member of the team (awwww) which is probably one of the better fluff pieces… OR drop: the combi-grav, Shield Eternal (down to a regular Storm Shield), thunder hammer (down to a powerfist) and a heavy bolter… something like that.

I would have loved to put an extra Rhino in the list, just in case I needed to call in the Skyhammer turn 2 (the Deathwatch would go in the Rhino instead, dropping an empty pod turn 1) but didn’t have the points… I may drop one grav cannon as it stands now just to try it… so I have the option.

Thanks again for the review!

Ah yeah I didn’t catch that. Pretty cool they dont depend on Chapter Tactics. A rhino would be awesome as well.

I love that red hunters list. Really nice idea. I think it would be curb stomped by that tau list tho, the interceptor would just completely neutralise it in turn one!

Interceptor would be rough.

The first list is illegal. Can’t have the same chapter tactics in two different detachments.

Nope. That specifically only applies to the Allied Detachment from the BRB. You can double up with other Detachments if you want.

How’s that? You’re saying you can’t have 2 White Scars CADs or something? Where are you reading that.